The Immortal Hulk #24: The Steel Throne 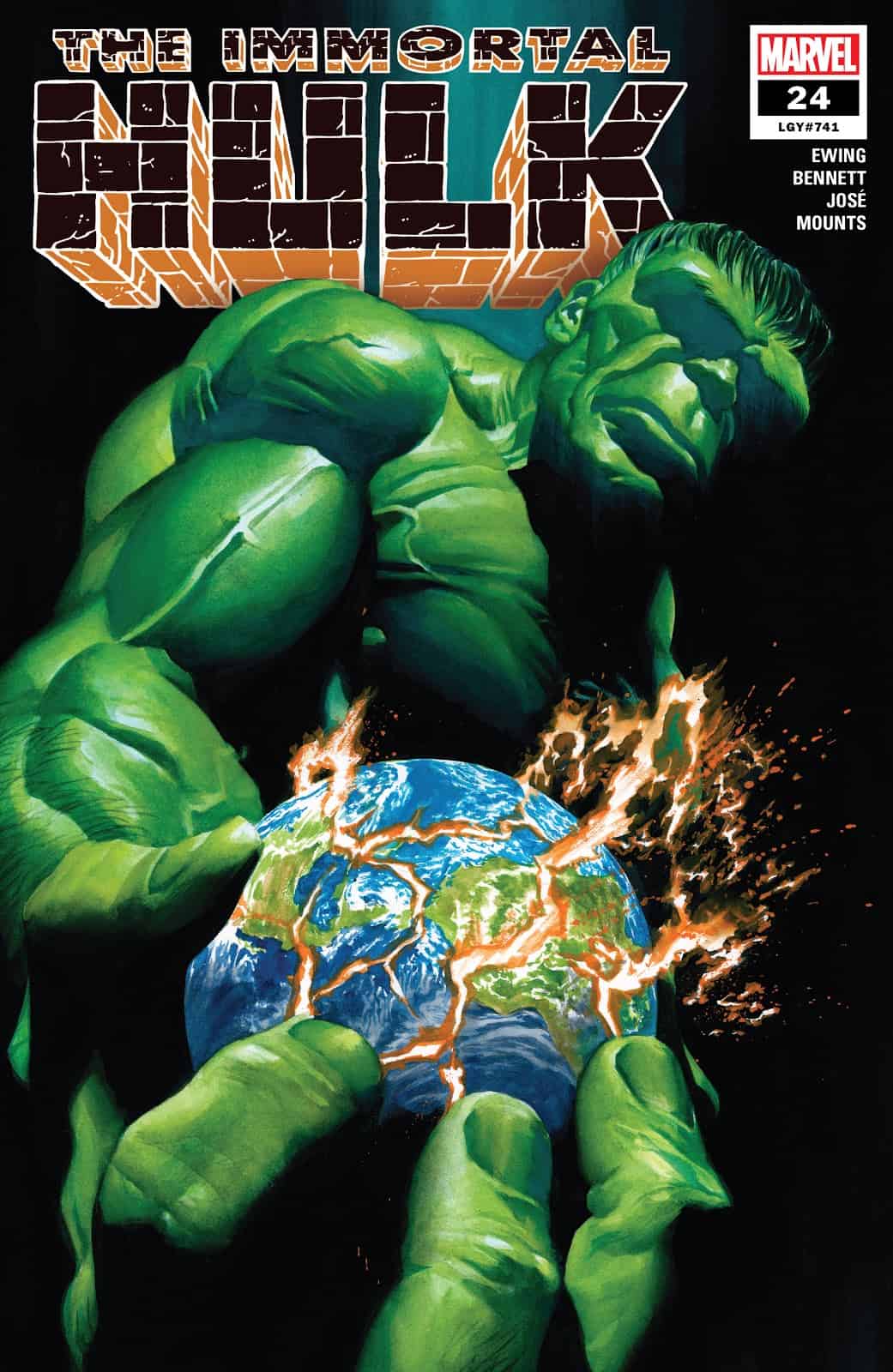 Over the last twenty-three issues, we learned that Hulk/Banner can “presumably” be killed; however, the night is for the monster. Hulk has some sort of regenerative and absorbing abilities, but to what extent? Bruce Banner is taunted by the original trauma and his father’s strong grip. Although, Banner continues to have self-inflictions by his inner monster, Hulk executes the work that his other-selves are incapable to accomplish.

Recently, General Fortean uses his monstrous shell, The Abomination, to carry out a dark and impenetrable plan. He formulates a military plan to destroy Immortal Hulk!

Consistently, Al Ewing strategically articulates the history of the Marvel Universe and morphs it – no, weaves it into a fresh, exciting, dark, and horrific tale of the Immortal Hulk! This twenty-fourth issue is no exception as our big green Goliath continues his journey. At the beginning of this issue, Ewing takes a step back to a saying from the beginning of this series: “There are two people in every mirror. There’s the one you can see. The one you think you know. And, then there’s the other one”. After reading this issue multiple times; Ewing’s statement still gives me goosebumps with excitement!

The core of the Immortal Hulk #24 is the blowout of the Hulk-Fortean fight. Awesome, horrific, and just gruesome action! General Fortean lost his way from hunting a monster to becoming one himself. As “the other Abomination,” Fortean has not only lost the battle to Hulk, he has lost his soul. Now, Fortean is part of the family, or is he? Joe Fixit, Daddy Dearest, and Samson welcomes Fortean to the Green Room’s Hellscape, but this wild and weird party is over for the General. We have learned much about Hulk since the first issue of this series. He is a creature to be feared! The result; Hulk takes over Shadow Base and places himself on the “The Steel Throne”.

Wait, there’s six more pages! These connect the initial “prelude” scene which ties the Hulk’s origins to those of the Fantastic Four and Galactus. In the after-credits, we leap forward “Eons from now. At the end of all things” to find out how the Hulk relates that “God-like being the light” who’s popped into the title a few times before. Instead of the usual theology, Kabbalah or literary quote that Ewing loves to begin the issue, the Immortal Hulk #24 starts by citing a panel from Marvel’s greatest: Lee and Kirby’s “Galactus: The Origins.” Awesome and yet terrifying of those words, takes us and our favorite green Goliath to another level of Marvel’s cosmic heights.

As for artist Joe Bennett – just WOW, man! The fresh terror of his penciling shocks the synapses into visual overdrive. The four-man inking squad impressively works well together; similar yet distinctively in the best way that emphasizes the horror genre. Paul Mounts’ colors blend perfectly between the flashback scenes and the connection to the story’s plot. Immortal Hulk #24 shows yet again this creative team excels Marvel Comics into a new level of horror territory.

Pure, unfiltered horror that will leave you wanting more!

The Immortal Hulk #24: The Steel Throne