The Incredible Hulk: Last Call #1: The Shadow of the Valley of Death 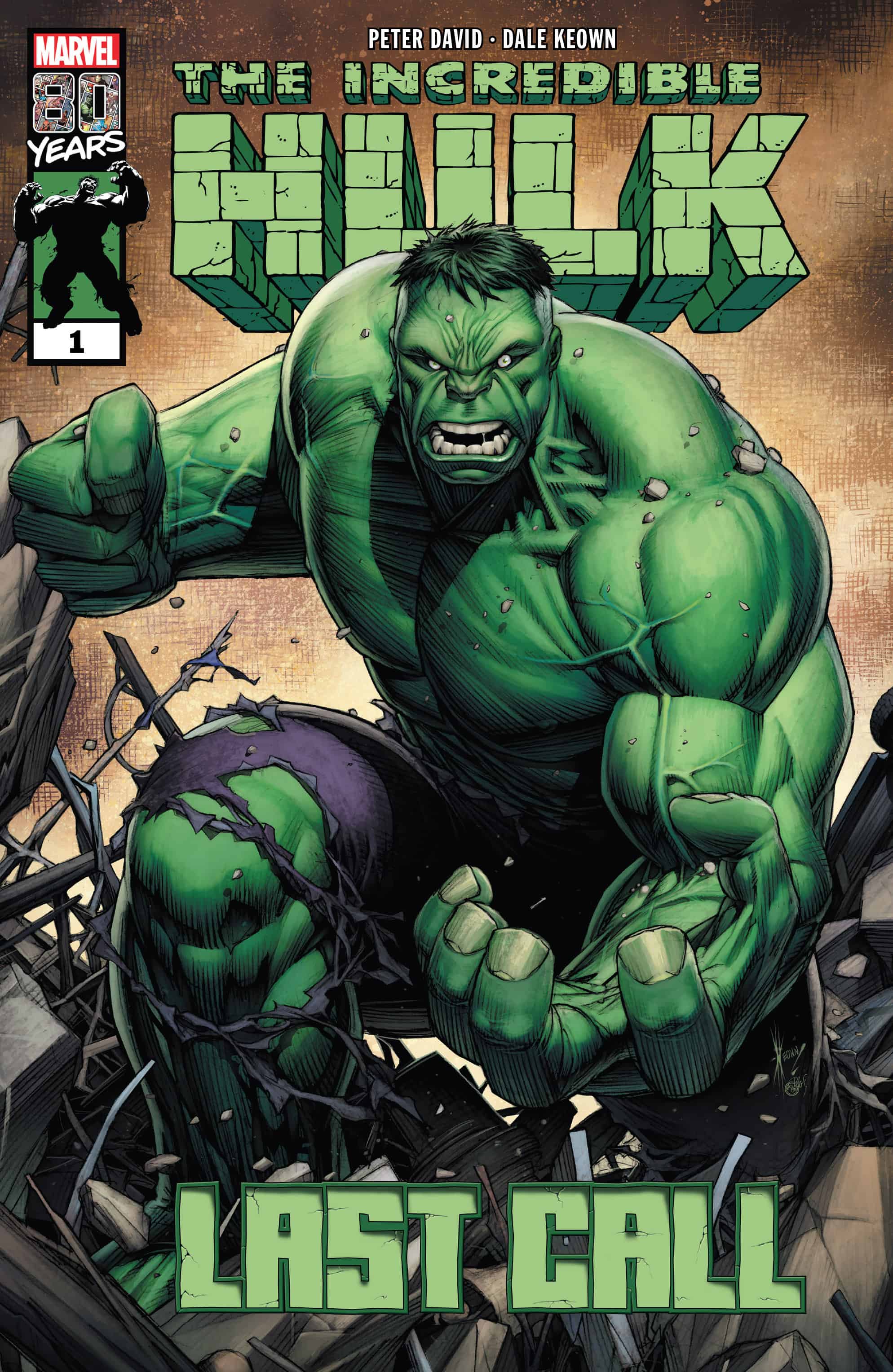 In the days after his wife Betty died, Bruce Banner tried to end his own life time and again... but time and again, the Hulk emerged to stop him. 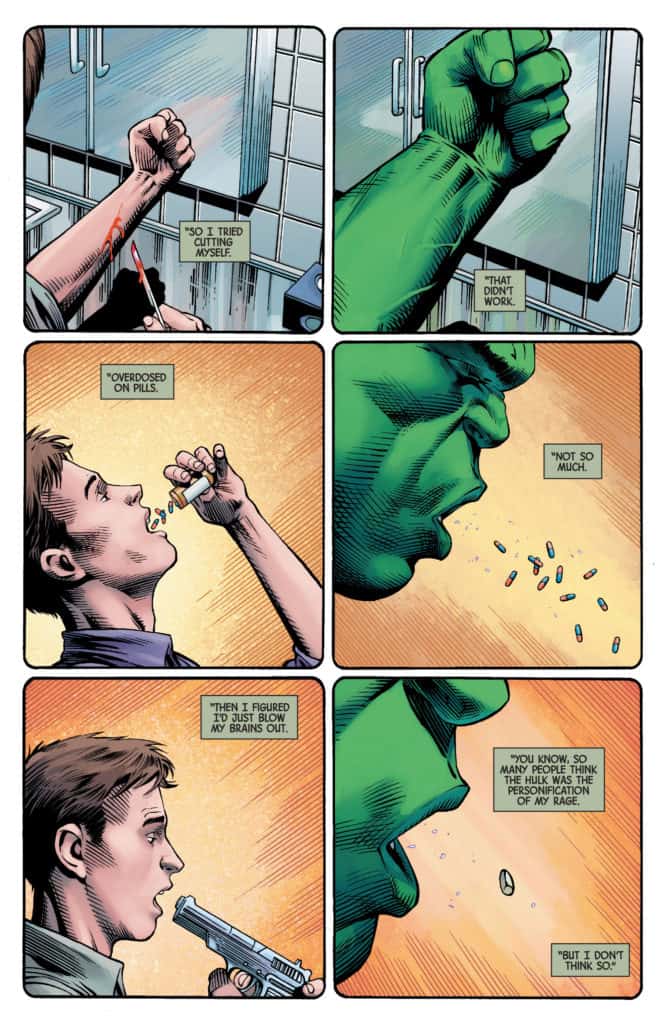 Fun fact: this page does NOT appear in the final printed comic!

Bruce, though, has finally come up with a seemingly fool-proof plan for ending his own life: 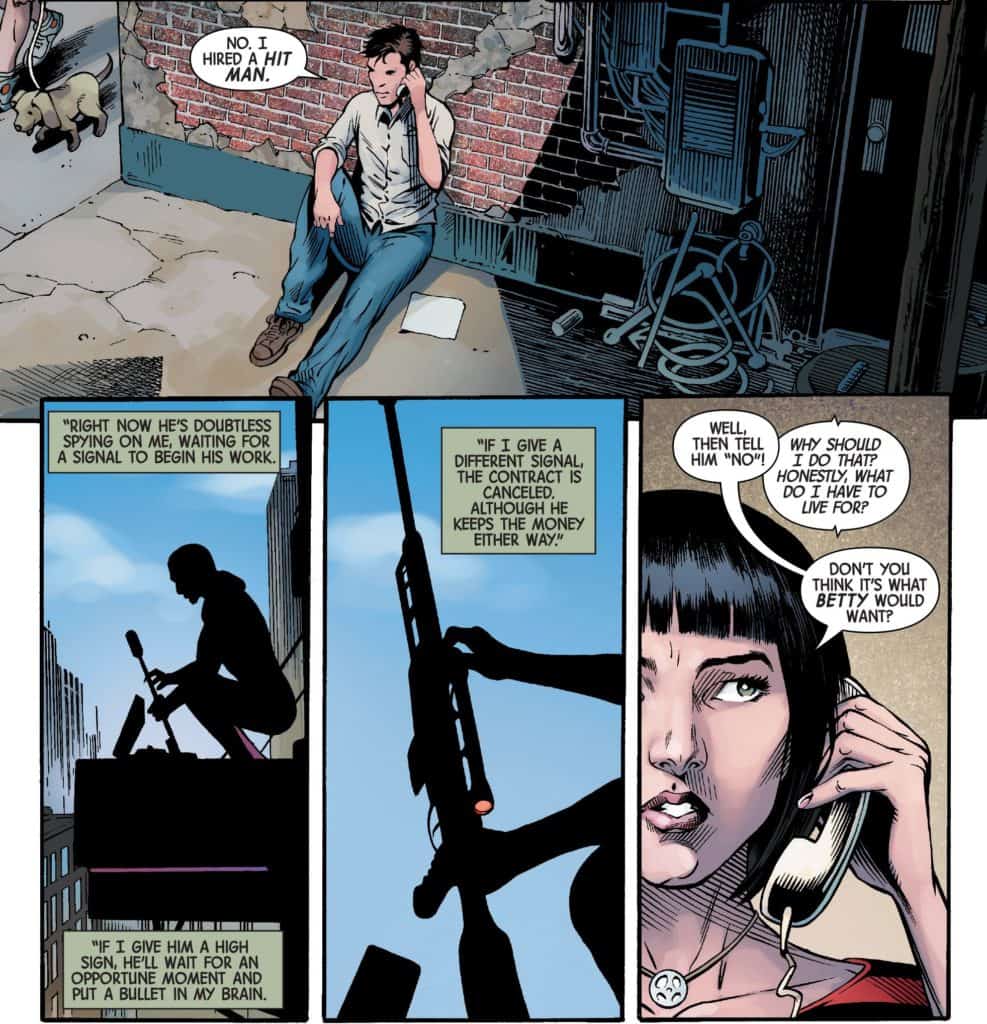 This is the story of a man with the power of a gamma bomb in his genes coping with the death of his wife. It isn't pretty. Death never is. But when it's the Hulk you're talking about who's grieving... WATCH OUT.

Let me be as transparent as I possibly can be with this review: I absolutely revere Peter David’s 12-year Incredible Hulk run. It’s one of my two favorite long-form superhero runs of all time, and is easily representative of everything I love not just about superheroes, but about comics as a storytelling form in general. It didn’t just completely redefine the character, it became the most definitive take on the character in his 57-year history. Hulk’s history has an easily-defined split: before Peter David, and after. 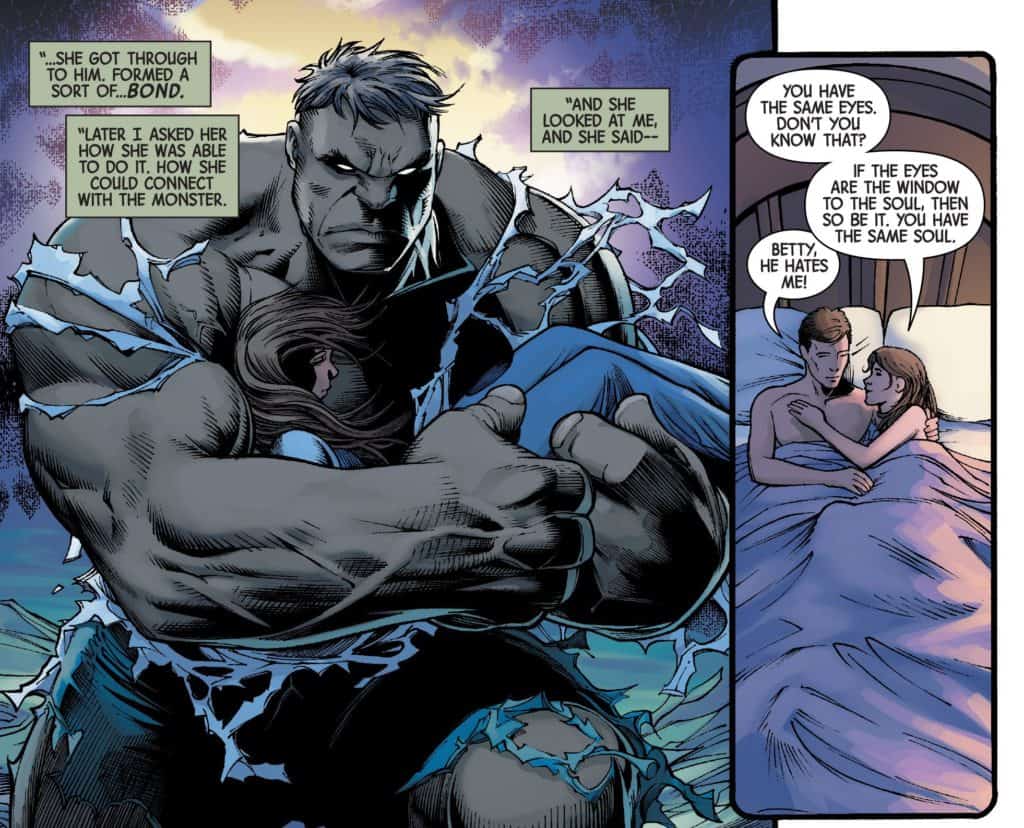 But all good things must come to an end, and eventually, editorial tensions drove David away from the character he had not only made great again (and arguably saved from cancellation), but had made unique and relevant in a way he never had before. Peter David’s Hulk was a product of an intense understanding of psychology, childhood trauma, interpersonal relationships and dynamics, a wicked sense of humor, and pulse-pounding action throughout. (Not to mention those artists: Todd MacFarlane! Dale Keown! Gary Frank! Liam Sharp! Adam Kubert!) He’s returned to the character twice sense his departure in 1998 (most memorably teaming with Keown again for the Hulk: The End one-shot), but never before has he touched on the end of his own tenure in issues 466-67, which was at equal turns shocking, heartbreaking, and a master class in storytelling.

For those of you who don’t know what I’m referring to: Betty Banner dies of gamma radiation poisoning due to prolonged exposure to her husband Bruce (#466), and then the next issue, narrated by an older Rick Jones, tells the tale of how Bruce tried over and again to end his own life, but the Hulk just wouldn’t let him die. But there’s a caveat: David, smart enough to know that no ending he could write would be definitive or eventually not overturned by successive writers, had Rick casually mention that this story was just one of many endings that could eventually occur, due to the nature of the time-travelling, multiversal world he lived in. In a nutshell, David was smart enough to a) protect the sanctity of his own story while b) leaving the door open for future writers to do what they will without contradicting him. Pure brilliance.

And, of course, future writers would go their own way (to this day I feel bad for Joe Casey, immediately thrown onto the book post-David and having to toil in that giant shadow without thanks). The Hulk was cleared of spousal manslaughter when it was discovered it was actually the Abomination who poisoned Betty, and Betty herself eventually came back from the great beyond (and became quite the She-Hulk herself!).  But it always felt like David was robbed of the chance to more fully explore Banner’s grief. That opportunity finally presents itself in this one-shot, though, and although the final result is a little less than the sum of its parts, it’s still a joy to see the master at work, returning to his signature character. But nostalgia is a fickle mistress, so the question becomes: can David and Keown recapture the glory days?

As is the case with a great many Peter David stories from the last decade or so, he’s definitely showing signs of his overall style being long in the tooth, and a tad out of step with today’s styles. There’s a fistfight in particular that feels like it’s been shoehorned in because why wouldn’t you have a fight in a superhero comic?, but really, that’s all splitting hairs. Peter David has a very clear love and affection for the character, and even if the storytelling gets a bit clunky in places due to requisite flashbacks, that love shines through on every page.

As does his understanding of the character. Peter David has Bruce/Hulk down to a science. He approached the character from a profoundly psychological perspective, wisely realizing that all these various Hulk personas were manifestations of Bruce’s repressed childhood traumas (although credit where credit’s due, the idea of Bruce’s anger stemming from child abuse came from Bill Mantlo, but it was David took that idea and codified it unto perfection, gifting the world with Joe Fixit and the Merged Hulk in the process). That approach is no different here: Banner, shattered by grief, just wants to die, and has finally stumbled onto the perfect means for Hulk to not muck it up. Hire a hitman! Banner of course has a very difficult time processing emotion of any sort, so it’s perfectly fitting that his inability to grieve in a healthy manner would lead to suicidality.

I wish I had such stellar and perhaps even profound things to say about Dale Keown’s art, but the sad truth is that he’s a shadow of his former self these days. Granted, he doesn’t draw much at all anymore, and maybe some of his finer details were lost under the four inkers he had on this book, but the art just looks under-rendered and almost phoned in. That said… it’s still better than a lot of art at Marvel these days.

In the end, Last Call doesn’t quite deliver on that coda for Hulk that Peter David never got to write. That honor, that final word on the character, goes to last decade’s The End one-shot. This ultimately feels like a second dessert you didn’t ask for: sure it’s fine, and you know you’ll eat it, but it isn’t necessary either. Peter David will always be synonymous with the Hulk, and anything he writes for the character should be treasured. We’re lucky to have this, even if it’s (future) imperfect. 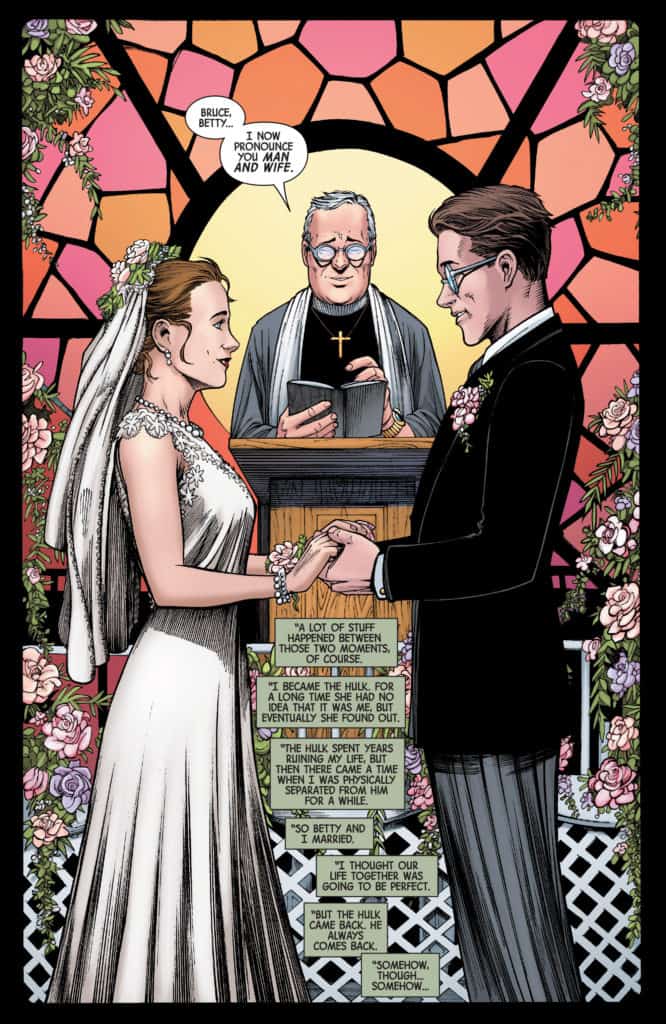 Though not perfect by any means, Last Call gives industry legend Peter David the last shot at the Hulk he never got. It's a nostalgia trip to be sure, but you could do a hell of a lot worse.

The Incredible Hulk: Last Call #1: The Shadow of the Valley of Death