The Joker #14: Gotham is Changing 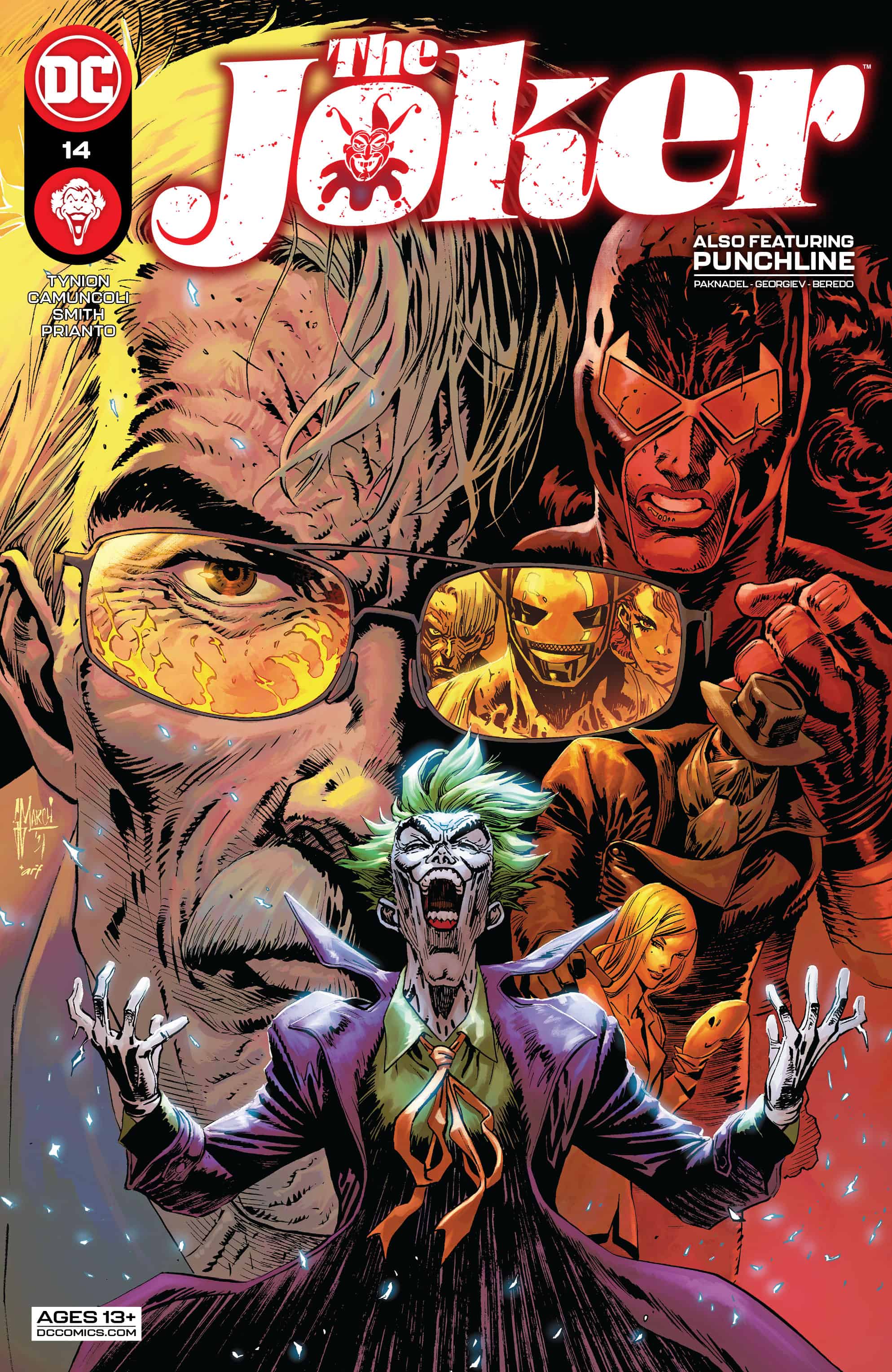 All the hunters converge on the Sampson estate as the brutal conclusion to the first “season” of The Joker is here! Bullets will fly, blood will be shed, and will James Gordon be forced to make the choice he’s been dreading since issue #1?

Meanwhile, Punchline walks free, and the Royal Flush Gang is desperate for a new queen. The underworld of Gotham City is going to change forever, and this last chapter of "Punchline" is only the beginning.

The Joker #14 is labeled as a final issue, but it is clear that this isn’t the end. Tynion is able to harness the anger and hate towards Joker that was building up in Jim Gordon from at least The Killing Joke. In fact, the entire creative team does a great job with Gordon. Guiseppe Camuncoli and Cam Smith do an amazing job capturing the seriousness of Gordan versus the wildness of the Joker. They are two huge parts of the Batman mythos, so it is satisfying to see the two artists’ pencils and inks respectively. Tom Napolitano also does an incredible job differentiating the two characters. Gordon’s dialogue and narration boxes display his seriousness while the curved tails of Joker’s speech bubbles match his unpredictability.

Despite Gordon setting his mind to killing Joker in issue #1, he still felt calm, cool, and collected in the last few issues. This is especially evident in the first few pages of this issue when Gordon is being questioned. There is even a hint of a smile when he is asked if he killed the Joker. This is a complete contrast to the end of the issue, however, when Batman essentially asks the same thing. Camuncoli does an incredible job showing the difference between the well-lit smirk and the seriousness of his face when talking to Batman.  Arif Prianto’s colors strengthen this contrast throughout. We never get an answer to both questions, whether he killed the Joker or if he knows where he is. I don’t want an answer, personally. However, I think this is an incredible opportunity for the Joker to disappear for a bit. As evident in Gordon’s narration, while walking through the city in The Joker #14, Gotham is changing. This is even an opportunity to take Gordon out of the equation for a bit. I’m not sure how this will end, but the series would be a satisfying send-off (temporarily) for both characters.

The Punchline backup is a great addition to this issue. Alex Paknadel was able to write a tight wrap-up to Punchline’s arc. It would be great as a series with full-length books, but the pacing of the backup format works just as well. Vasco Georgiev’s art is the highlight for me. I’m really enjoying their style, and I think it is a great fit for Punchline. Rain Beredo’s colors do an excellent job making Georgie’s pencils pop. Punchline feels fresh and youthful, and the art reflects that. Becca Carey is a solid letterer and did great work laying out Paknadel’s writing. Because of the nature of backups, a lot needs to be said in a small space, and Carey’s lettering does a great job tying it all together.

Is the Joker dead? THE JOKER #14 might not have the answer just yet, but we will soon find out! Will the relationship between Batman and Jim Gordon change forever?

The Joker #14: Gotham is Changing