The Joker: The Man Who Stopped Laughing #1: Let the Chaos Begin!

The Joker: The Man Who Stopped Laughing #1 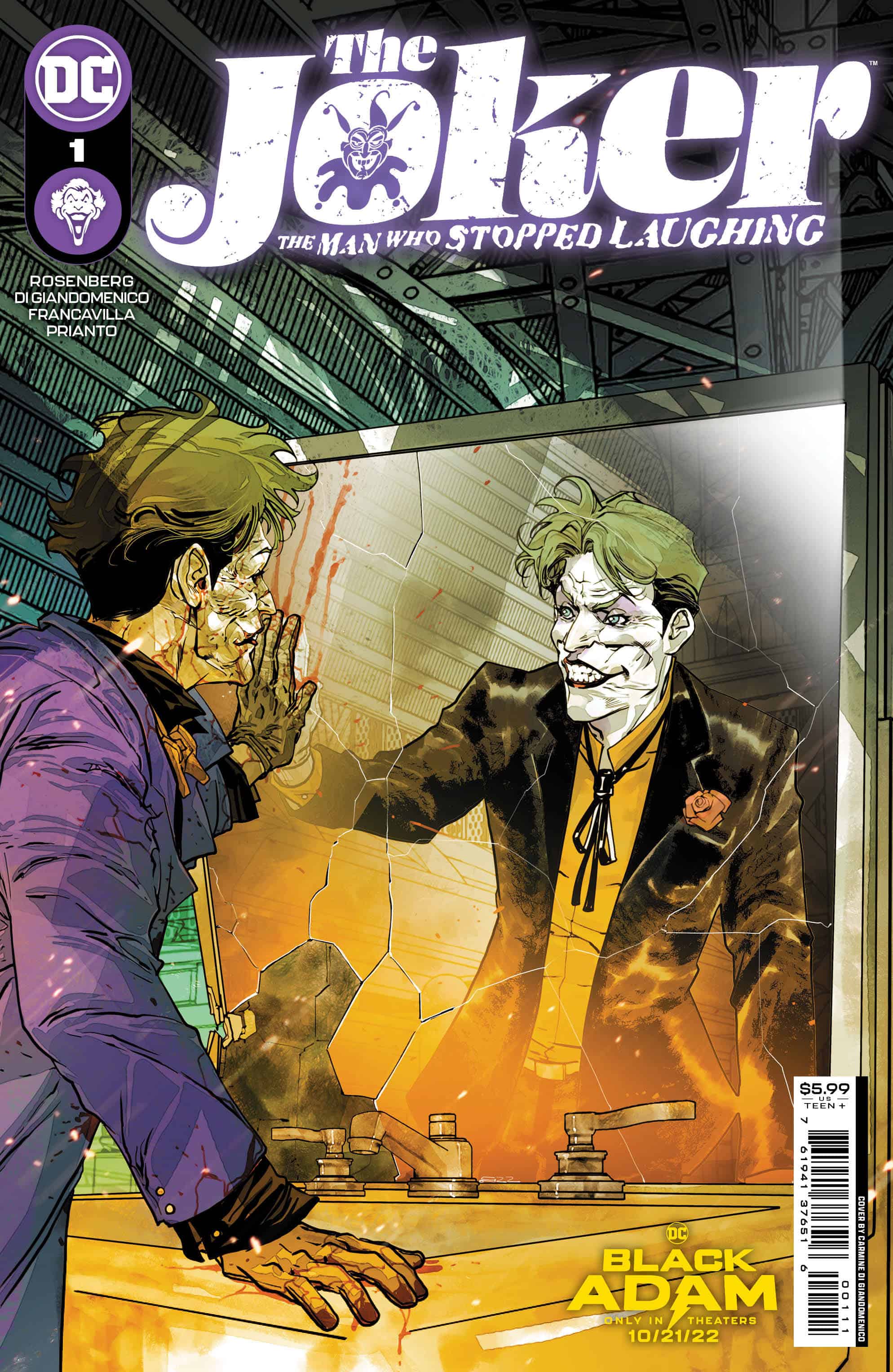 The world once again holds its breath as The Joker strikes again! But how far is he willing to go this time? From the twisted minds of Matthew Rosenberg (Task Force Z, What’s the Furthest Place from Here?) and Carmine Di Giandomenico (Batman: The Knight) comes a violent, mind-bending new series that picks up from the cataclysmic end of The Joker and follows the mayhem across the United States. With the Clown Prince of Crime setting out on his most bizarre caper yet, will a fan-favorite vigilante be able to prevent certain tragedy? Or is he in on the joke?

In the backup—Joker’s got a hot date but he’s going to need a mirror to make sure he looks nice. Maybe Mirror Master can help.

The Joker is one of (if not, the) most notorious villains in DC Comics. Some of the most popular stories have centered around this character in many ways (e.g. The Killing Joke, Death In The Family, Death Of The Family, Endgame). I’m sure trying to write a story with Joker in it can be daunting because how do you up the ante with the Clown Prince Of Crime, who is known for creating chaos for no reason other than he loves it?

Well, this creative team has raised the stakes higher for future creators to come. 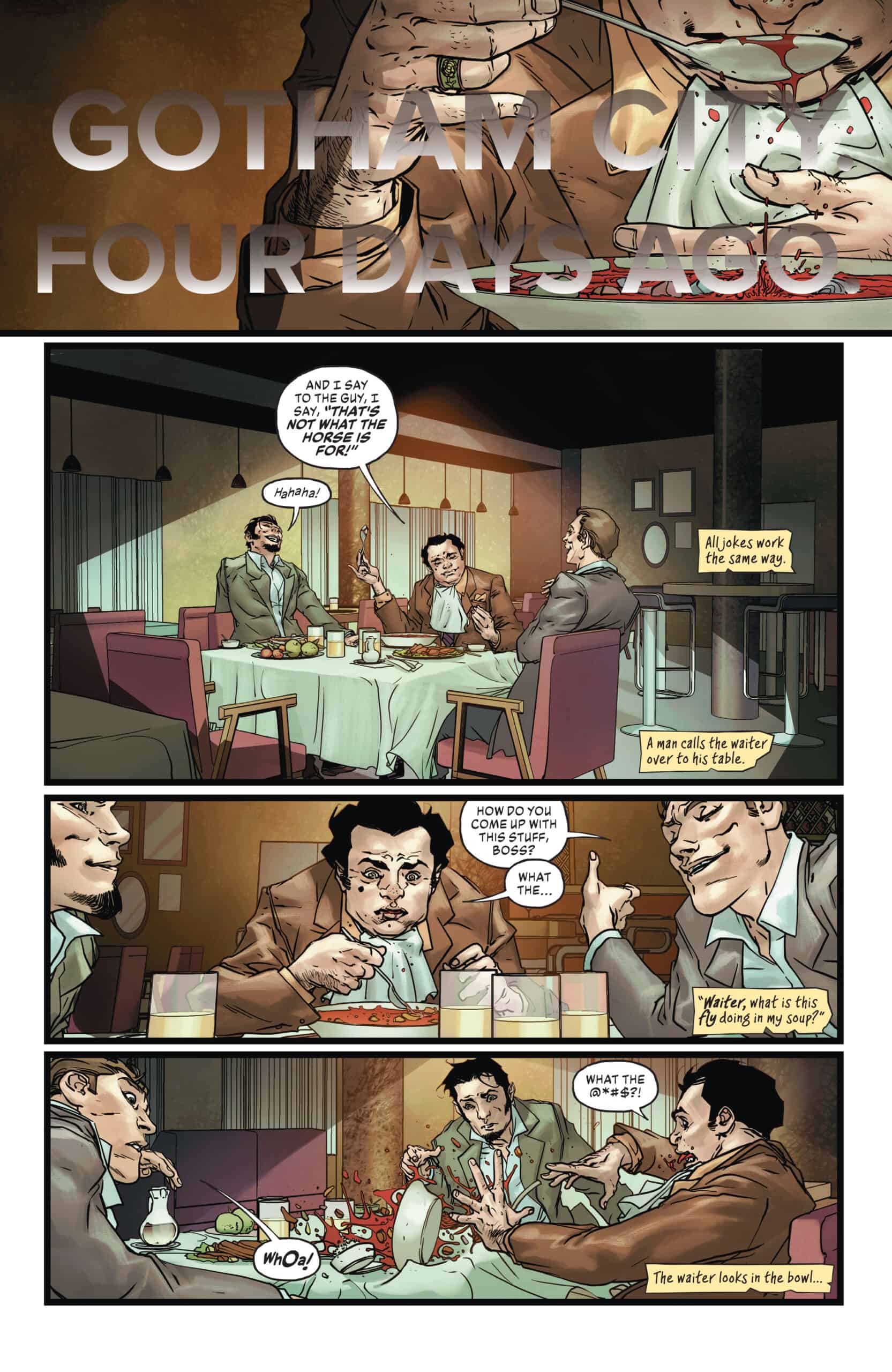 Honestly, the story here is absolutely fascinating. Rosenberg has done a fantastic job in creating a first issue that has you hooked from beginning to end. Just when you think you know what’s going on, the next page suggests otherwise that surprises and fascinates you at the same time. Although I haven’t been keeping up with the current storylines about Joker prior to this issue, I can already tell that so much as happened, and so much is going to happen.

Now, be forewarned – there are spoilers in this review so please be prepared and continue to read at your own risk.

In this issue, we see Joker make a short but triumphant return to Gotham, only to be too easily convinced by Black Mask, Two-Face, and Riddler to leave Gotham after only a couple of days. So Joker leaves and travels to LA with plans to take crime nationwide. But during his time in Gotham, he supposedly kills a victim who we don’t find out until the end of the issue that it is another Joker. Not sure what is going on here, but I’m all in it.

Now, can I say I was surprised it was a second Joker? No. That part was a little obvious from the writing and the art as you can decipher that from very early in the comics. However, that didn’t stop me from continuing with the story or second-guessing myself, either. Maybe it was supposed to be obvious that it’s a second Joker. But this detail isn’t going to stop me from reading future issues of this run. 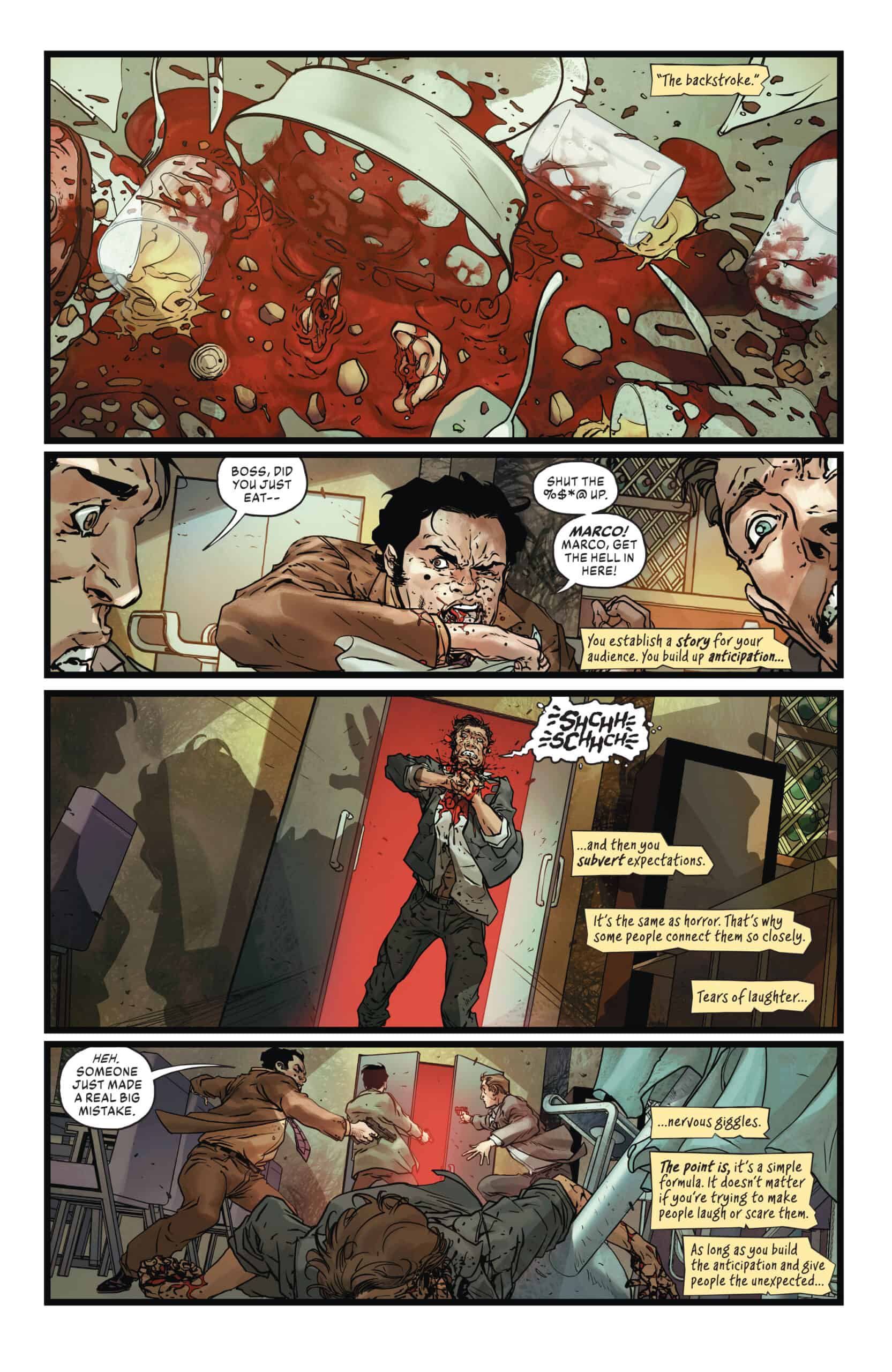 The art in this comic was well done. It gave you enough details to know what was going on without being lost in the process. The lettering was also fantastic. The narrative text strikes a balance between leading you in the story and not distracting you from the dialogue that’s also happening in the story as well.

I only had two pieces of criticism for the art. First, the date titling was a little hard to read due to a lack of contrast between the letters and the background. So when it said “Gotham City Four Days Ago,” it really strained my eyes. The second was the opening scene with the pasta bowl and body parts. I wasn’t quite sure if the sauce was supposed to be sauce or blood (or both?). But honestly – those are my only two criticisms. The artwork and the composition in the rest of the issue were done so well and I can’t wait to see how they draw the rest of the series. And the first Joker having different irises for both eyes was such a great touch. It tells you something is off about this one but uses a classic Joker color scheme that makes you connect with the character while at the same time not making it distracting that you can’t enjoy the story. 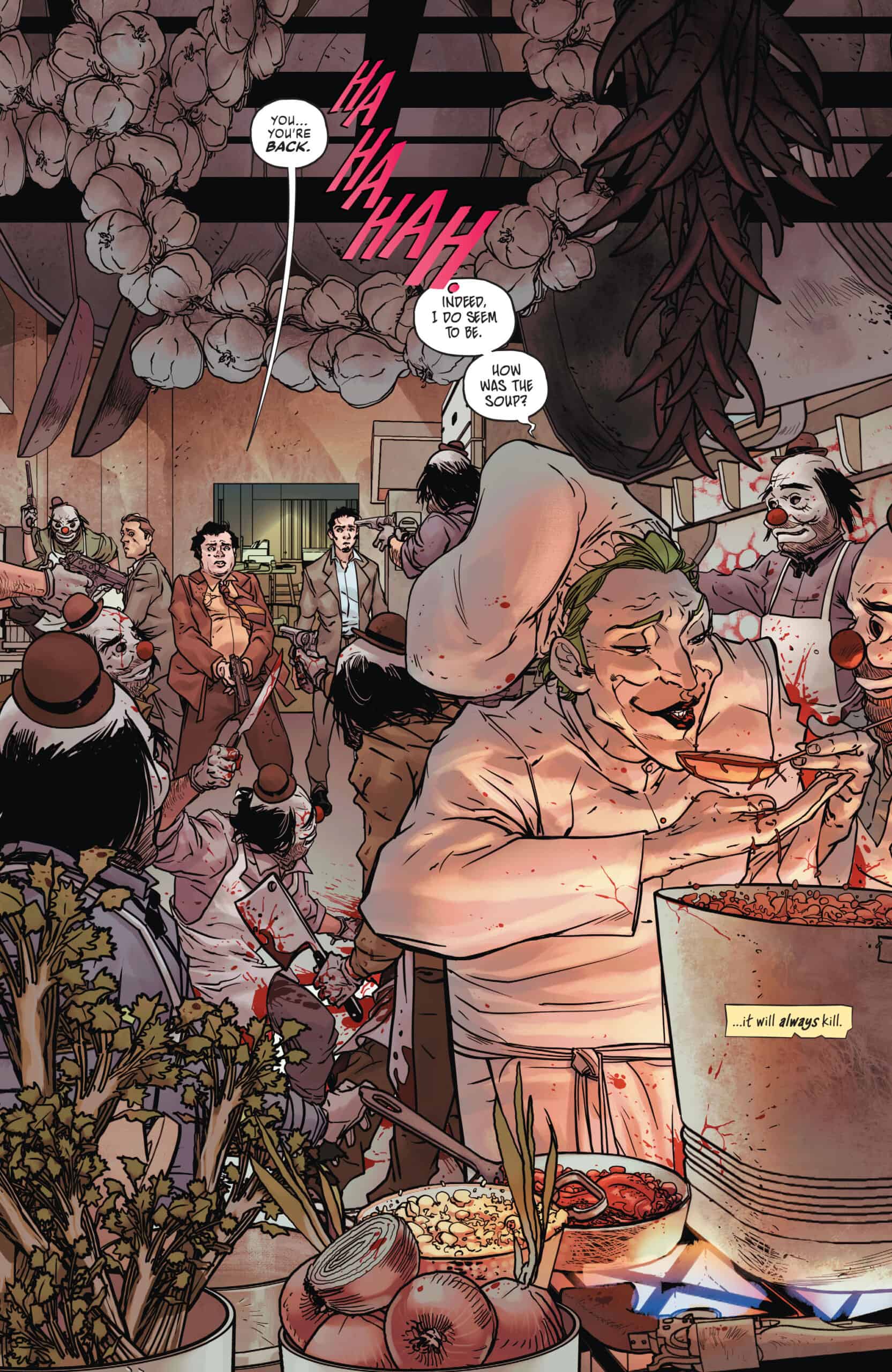 The issue ends with a secondary story that is clearly different, but I am not sure how. I don’t know if they are just having fun with telling other side stories about the Joker (the art at least implies it since it is a completely different style, which the artistic team must have had a lot of fun with this), or if this ties into the main story somehow. Either way, the story was fun and had a great montage for all of the previous Jokers that we’ve seen in popular media.

This is a fascinating story that has you hooked from beginning to end. Although some parts were predictable, that didn't stop you from second-guessing yourself nor did it stop you from enjoying it. Definitely give this issue a read!

The Joker: The Man Who Stopped Laughing #1: Let the Chaos Begin!