THE LAST GOD tells the story of two fellowships of heroes struggling with the same threat...30 years apart. One group will doom their world, the other must save it.
Thirty years ago, a band of heroes traveled beyond the borders of creation and killed the last living god, saving the realm of Cain Anuun from an apocalyptic army of the undead. The legendary companions became the rulers of their world and ushered in a new era of peace and prosperity. But it did not last.

Now the foul legions of the Last God march once more, laying waste to all of Cain Anuun and revealing that the aging fellowship may not be the great heroes they claim to be. With the world burning down around them, a new group of unlikely champions must band together and accomplish what no other has done: kill the Last God, once and for all.

Book 1 of the Fellspyre Chronicles is upon us, bringing with it a seamless merging of the horror and fantasy genres combined with intricate, yet ever expansive world building to deliver what could be the most exciting book of the year. The Last God #1 is as epic and powerful as it gets!

A deeply rich world of tragedy and teeming hope awaits readers within the pages of The Last God #1. It’s an exercise in expansive storytelling that is rarely undertaken in today’s rapidly paced world, but it’s expertly crafted and full of potential for real greatness. There hasn’t been a story this thrilling in a very long time. Phillip Kennedy Johnson is laying the foundation with remarkable precision, creating a world that is ripe with storytelling possibilities making it impossible not to get excited as a reader.

This is a series that transcends the comics medium, however. Detailed writings, journal entries, music composition and more fill the realm of Cain Anuun with vibrant and diverse cultures that blend effortlessly into the story at hand. It’s in this eye for detail that the creative team achieves an experience unlike any other. This is a series you can throw yourself into, following years of lore and all the artistic history it brings along with it to enrich the reading process.

The Last God #1 is packed with stunning visuals that absorbs readers into the epic story unfolding and makes the world really come to life. It’s exactly what you want from a book steeped in both high fantasy and dark horror. The sword swinging, magic casting action will hook you into the archetypal fantasy aesthetic, but the horror sets in with grotesque depictions of violence and mayhem when we see who our heroes find themselves up against. The artwork is brilliant, but it isn’t just limited to Ricardo Federici’s illustrations. Everything from the beautiful colors to the wonderfully distinct letters encapsulates the passion put into this book and helps it to stand apart from anything on the shelves today.

It’s important to be aware that this is a deeply complex epic with a lot of moving parts. It’s multi-generational and all too willing to delve deep into the lore of the realm in an effort to substantiate what is occurring. Readers will be thrown into a fully realized world that goes beyond what is ever expected out of a comic and in my opinion, the series is all the better for it. Don’t be intimidated though, the first issue does a magnificent job of easing readers into the fray while also providing all the crucial information for those wanting to hit the ground running.

I won’t say The Last God: Book One of the Fellspyre Chronicles is the next Game of Thrones or even Lord of the Rings, because this is on a whole new level. Though the high fantasy inspirations are indeed felt, this is something else entirely. By using the creative elements of the comics medium combined with so much more, it’s easy to see we are in the initial stages of a world that can be explored for years to come.

DC’s Black Label continues to push the boundaries of what I thought was possible for the comics publisher with The Last God #1. It’s unlike anything I’ve ever read before and after just one issue I’m ready to admit that I’m in it for the long run. Fans of fantasy and horror alike will find a wealth to love about this series, so do yourself a favor and put this series on your subscriber list now.

As a part of this spoiler free review, Comic Watch is also pleased to share an EXCLUSIVE look at some of Riccardo Federici’s art for the First Fellowship. 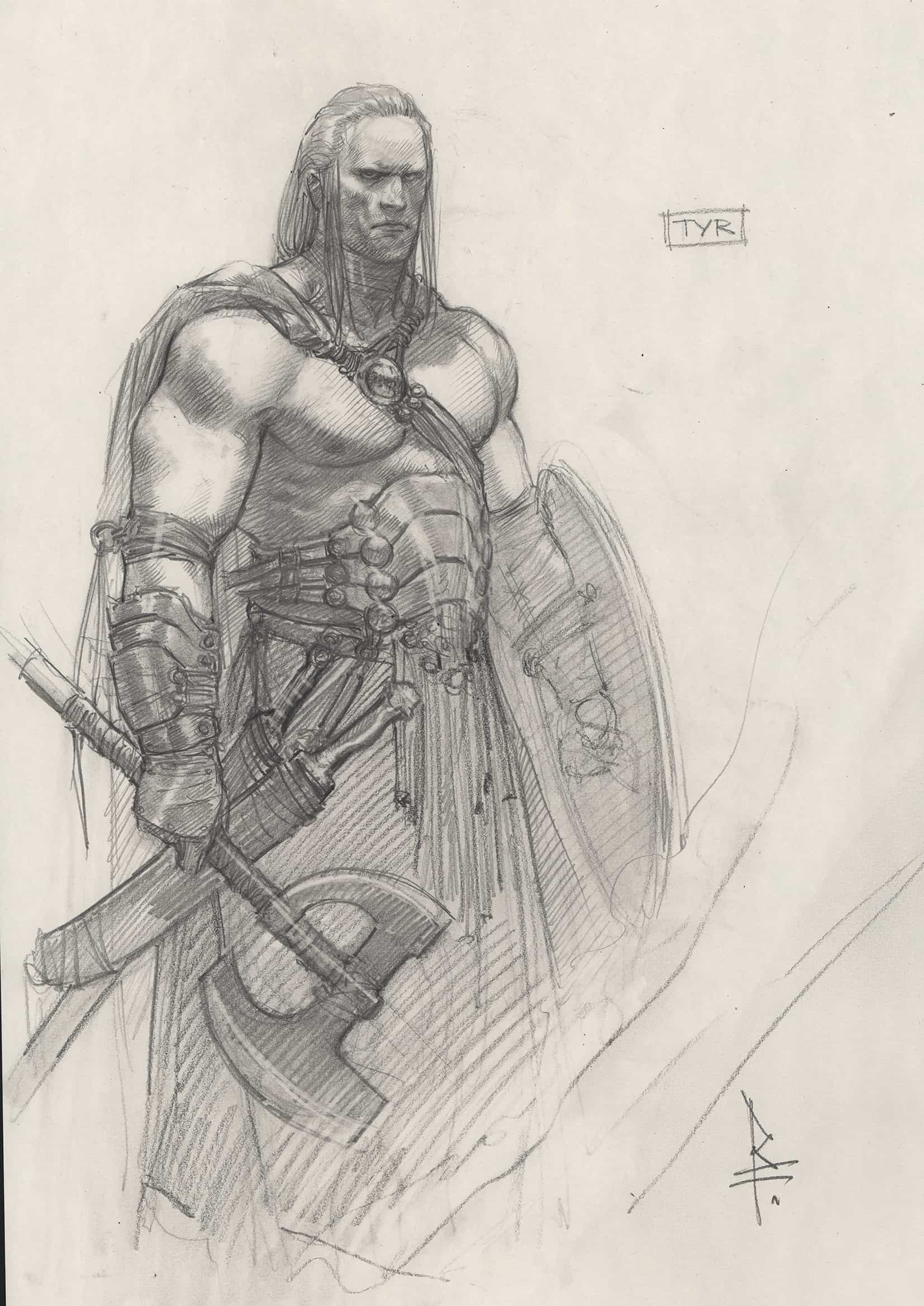 It doesn't get more epic and powerful than this. The Last God #1 is a seamless merging of the horror and fantasy genres combined with intricate, yet ever expansive world building to deliver what could be the most exciting book of the year.