THE MAGIC ORDER 2 #1: Old Familiar faces and Even Older Threats 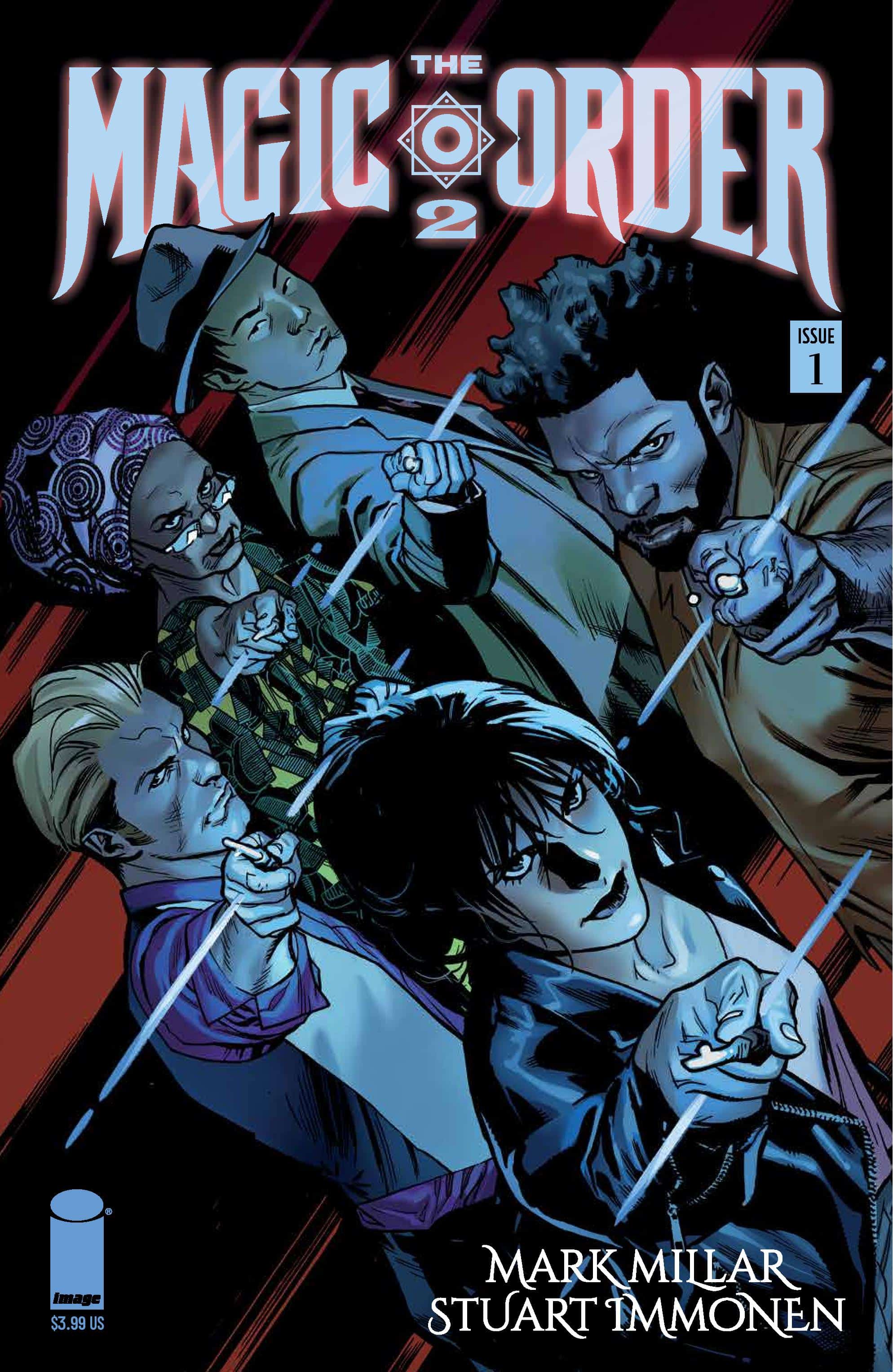 A magical turf war like you’ve never seen before! The London chapter of the Magic Order has entered the scene, and these tough Guy Ritchie-style gangsters have a problem with the Eastern European Warlocks moving into their territory. Can new leader Cordelia Moonstone keep the peace?

Here we are again… it’s been six months since Cordelia Moonstone cast the forbidden spell and Millar picks up the thread by introducing us to the next threat the order will face… the descendants of a warlock named Victor Korne! His history is left unexplained for now as we learn that there are magical families that sit in opposition to The Magic Order called The Dark, and they are tired of hiding their talents and have plans to once again ascend to control of the world. There’s the idea in a nutshell. With Millar and this series the magic though is in the execution and nearly every single element of why I was such a major fan of the first series is there. This includes a spectacularly horrifying take on the concept of the “imaginary friend” and clever and sometimes twisted uses of magic including what has to be the worst way to cheat the insurance company for inheritance money ever! 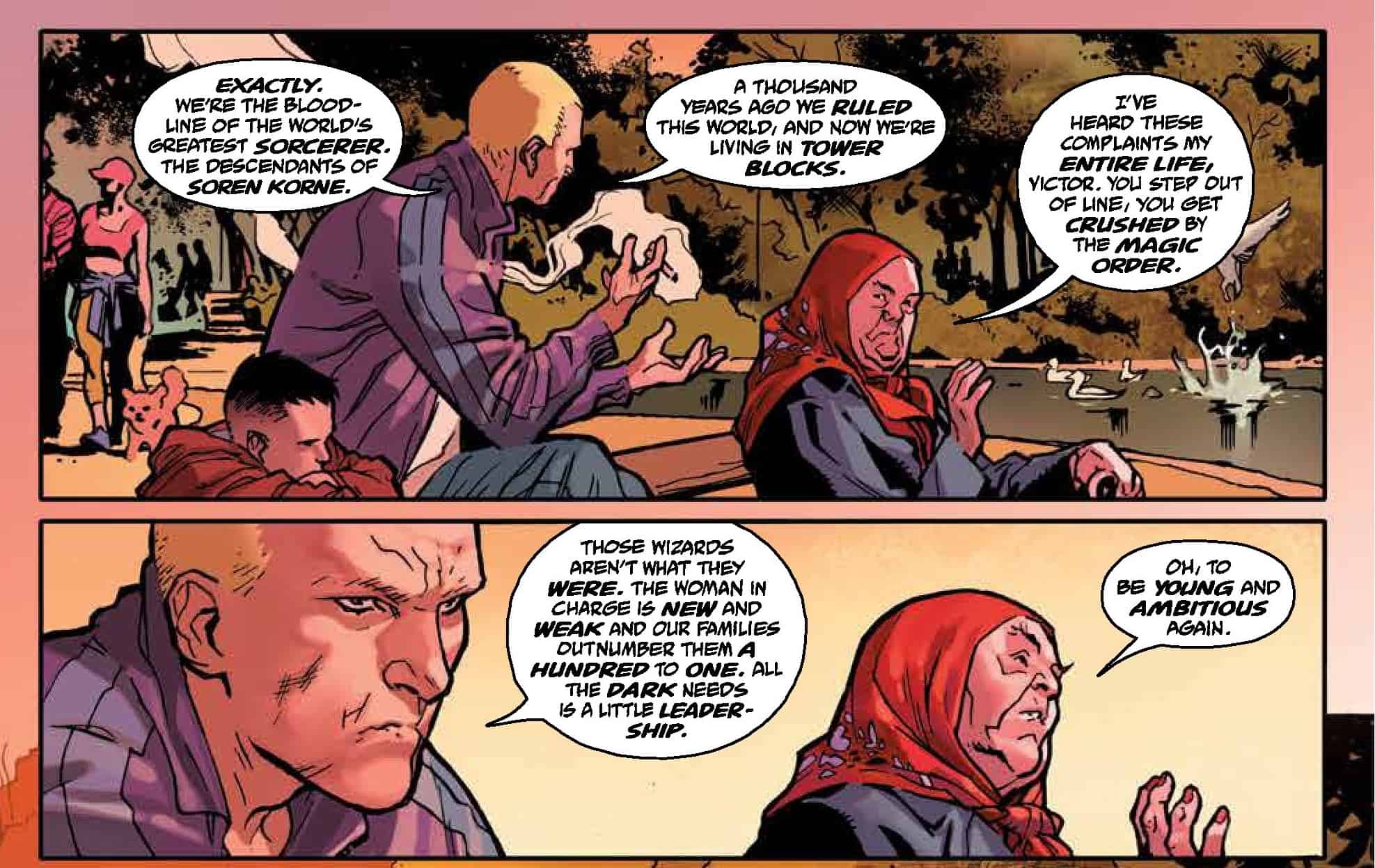 The issue does a very good job of reorienting you with regards to where the characters we’re familiar with are and if you have read volume one (HIGHLY RECOMMENDED that you do) of the series, the sense of continuity in character voice and tone is flawless. Cordelia is still a chaotic disaster despite her exceptional prowess as head of The Magic Order. Her brother Regan is as organized and snarky as ever and uncle Edgar is still stuck in the castle that’s inside the painting hanging in the Chicago Met (again for reasons you should really have read volume one to understand) as we also get to see a whole bunch of familiar faces which really serves to bring us back into the Orders world. It’s very much a setup issue written in Millar’s typically unapologetic style that doesn’t do anything exceptional out the gate, unfortunately.

However, what I really enjoy is the openness of the world Millar has created. There are no rules, no one knows it all about the magical possibilities in this universe even the magicians themselves and it’s that mystery, that idea that anything can or could happen as Millar continues to flesh things out that is so attractive for me as a reader. Millar is really good at transposing the unseen world of magic with the mundane of the world we all know and the switch back and for this always well handled and fascinating. Having wizards and magicians be very much working class is an interesting touch that adds to the flavor of the series. We don’t get much insight into the whole British chapter of the order as mentioned in the solicit text aside from the head of it, Kevin Mitchell cousin to Leonard Moonstone (who is absent from this issue), showing up to let Cordelia know there’s impending trouble… 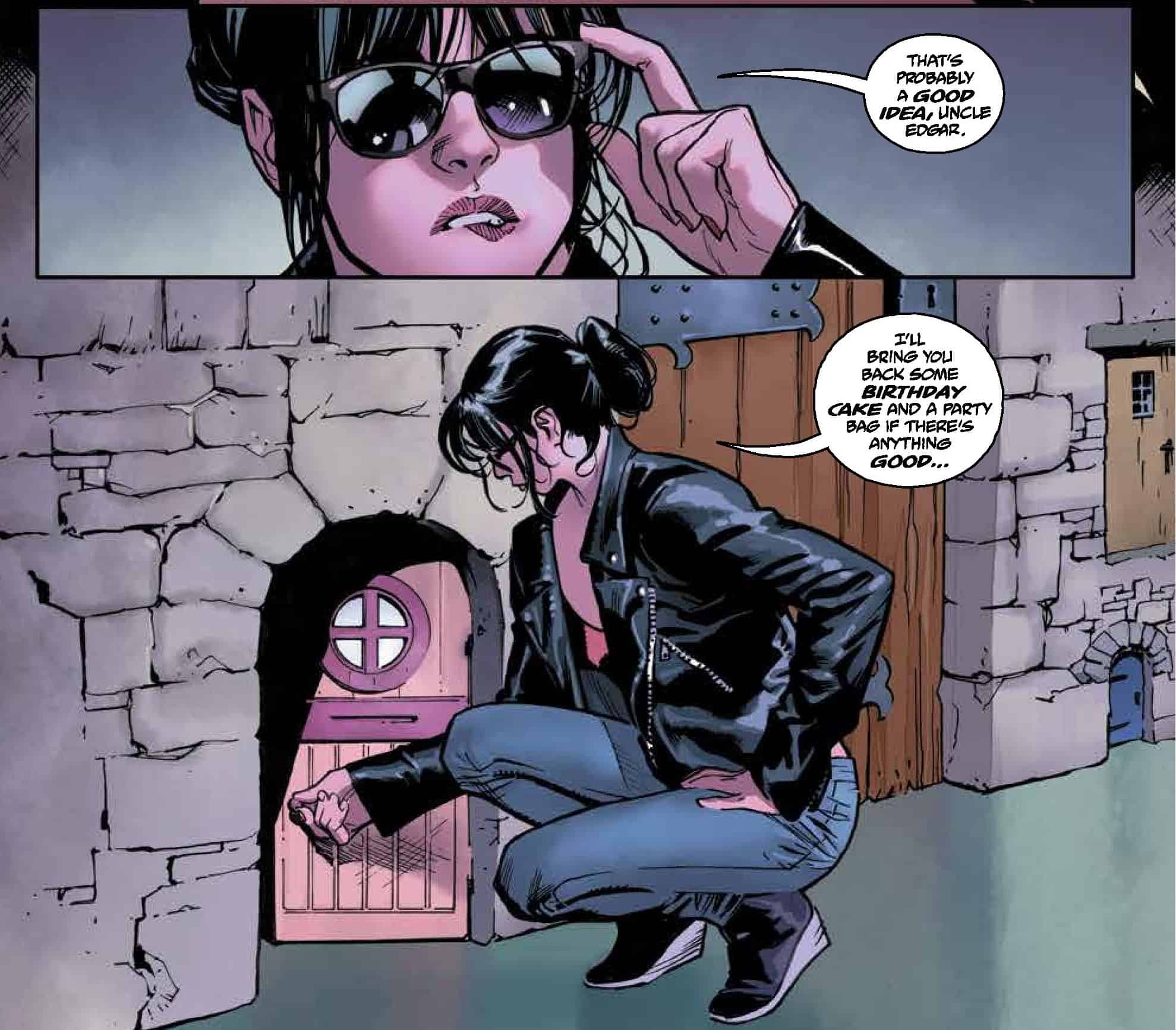 This is a tough one. Stuart Immonen is a superb artist and a master of his craft and Sunny Gho is a great colorist, let’s get that out the way and put it on the table right now. If I look at this issue in isolation, it’s beyond capably handled, some brilliant splashes, dynamic paneling, a wide color palette, and all the characters are recognizable as themselves from volume one. However, comparisons to the first installment are inevitable. Personally, I feel the issue lacks the visual uniqueness that Coipel and Stewart brought to volume one and without trying to take anything away from the art team on this issue, the difference for me is that in the first series Olivier Coipel and colorist Dave Stewart combined to make what was a singularly unique looking comic with a particular look and feel that helped accentuate the story Millar was telling. The entire visual tone of the previous series was a living thing from page one that drove home we were getting a view into a secret world with its’ dark and broody coloring and muted palette highlighted by arterial red, shadowy inky blacks, or smoldering burnt oranges. That feeling is missing here. While solidly executed on all fronts, that element of uniqueness that marked the opening volume is missing for me. To be fair, Immonen does pull off the cinematic feel the previous series had and there are some marvelously detailed splashes featuring the nightmarish Chatterbox and another featuring a lovely splash of a recovering entity in a room of the Moonstone castle that feels like a scene out of Midsummer Nights Dream but overall I think it remains to be seen if the new art team can reach the same visual heights achieved in the previous series as this feels like it falls (if only a little) short. 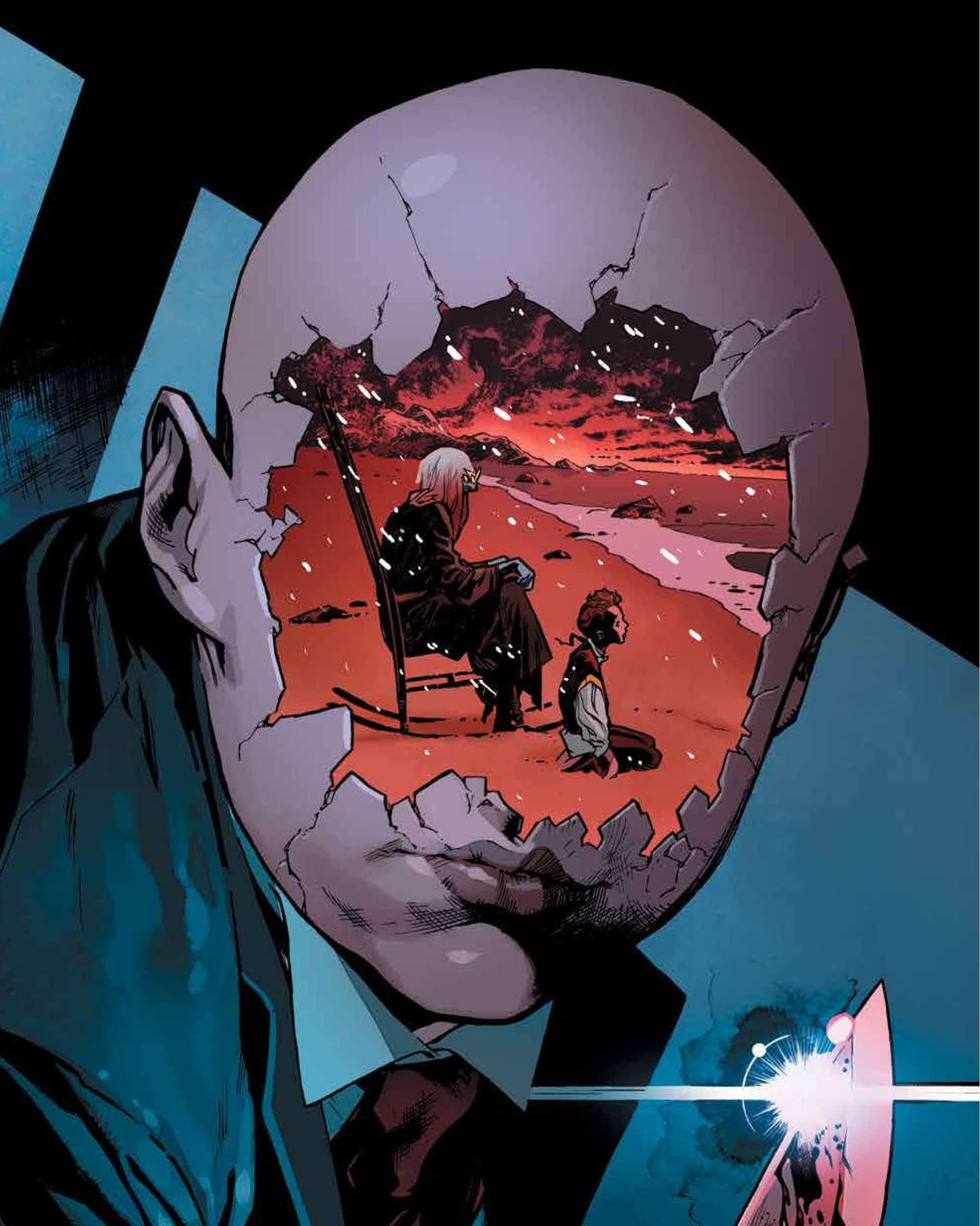 Overall it’s a successful return to the Magic Order’s world as Millar builds convincingly on several fronts originally established in the previous series but just seems to lack the spark that made the first series so enthralling.

The Magic Order vol. 2 #1 does a solid job of pulling us back into Millar's world of hidden, wonderous and often deadly magic as well as setting the stage for the story to come but falls short of stirring the same excitement, it did before in an opener that doesn't do anything exceptional out the gate even though it's extremely well put together by all involved.

THE MAGIC ORDER 2 #1: Old Familiar faces and Even Older Threats