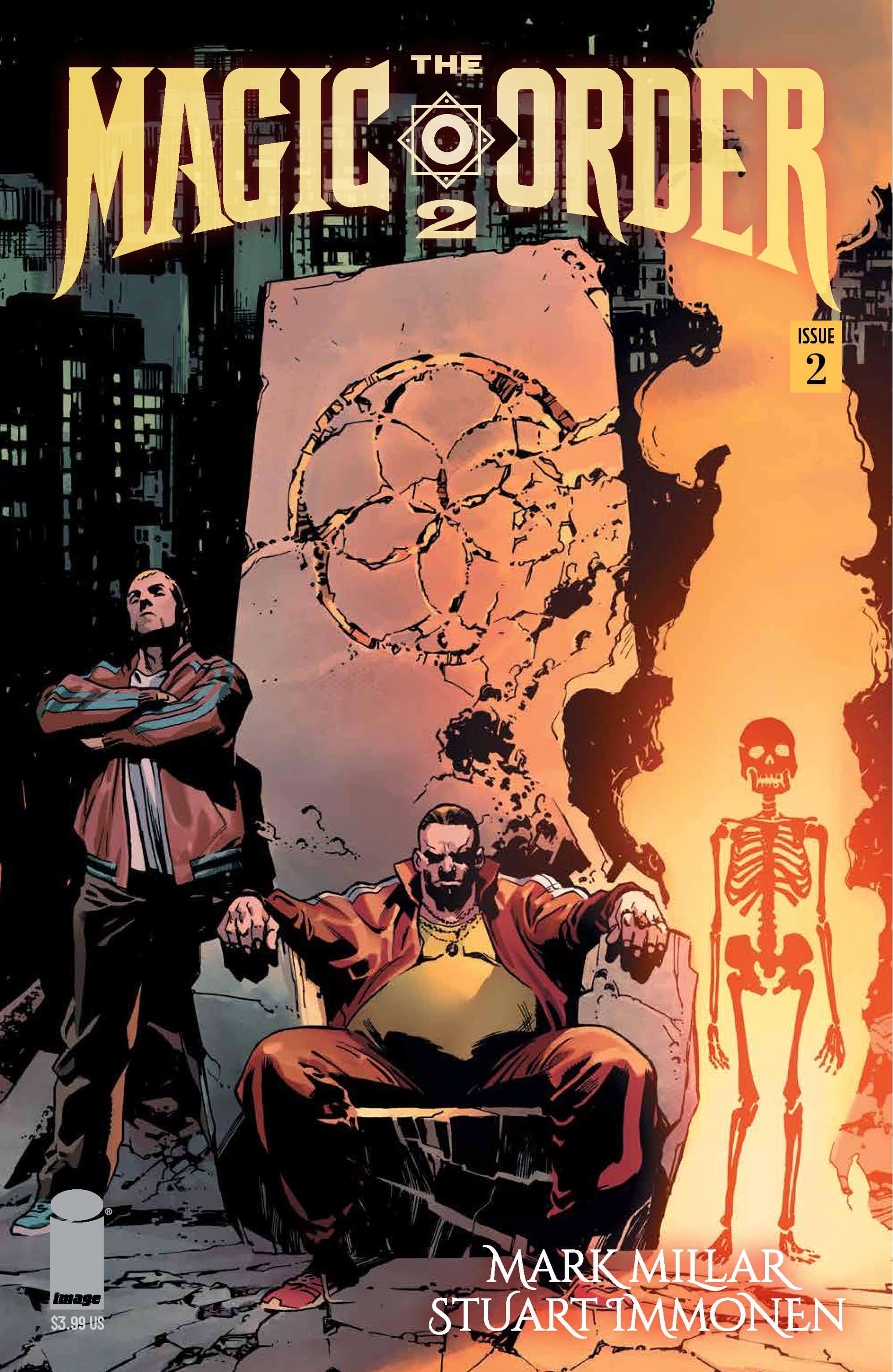 The Moonstone family has come to England where Kevin Mitchell, the leader of the London chapter, is under attack by dark forces living in the world's underbelly. The Magic Order made all the monsters disappear five hundred years ago, but now they've had enough - and they want to rule the world again...meanwhile Cordelia's former fiance is back on the scene...

Issue #2 fires on all six cylinders as Millar hits us with an absolute slew of information, We meet Francis King fresh from a two year stint in rehab. On the face of it he seems to have it all, hes good looking (looks a bit like Dylan Dogg which is funny to me because Gigi Cavenago who actually had a recent run on Dylan Dogg is drawing volume III of this series), a former rock star and a powerful mind reading Bewitcher that can get anyone to do anything for him but he’s as big a disaster as a certain young lady that heads The Magic Order used to be and what’s more, we learn that he was Cordelia’s Fiance at one stage! Francis has demons though and is clearly not at all as put together as he appears…which I have a feeling will come into play later in the story.

As usual, Millar isn’t afraid of shocking you, this includes horrific creatures that eat flesh but don’t like skin and hair so it leaves the husks hanging on powerlines, predatory shadow sharks that circle in the dark and protect a dangerous warlock, threatening coma victims, and ritual child sacrifice. Yes, you heard me correctly. The large amount of background information is handled and paced remarkably well and while Millar hits you with a great deal of information the story moves along a solid, steady pace as Victor Korne makes a deadly alliance to help him with his plans to overthrow the Order and restore the sorcerers of the dark and the shadows to power. The mix of action versus information and the balancing out of meeting new characters, learning about them through their actions and interactions makes for a much better issue than issue one in my opinion. 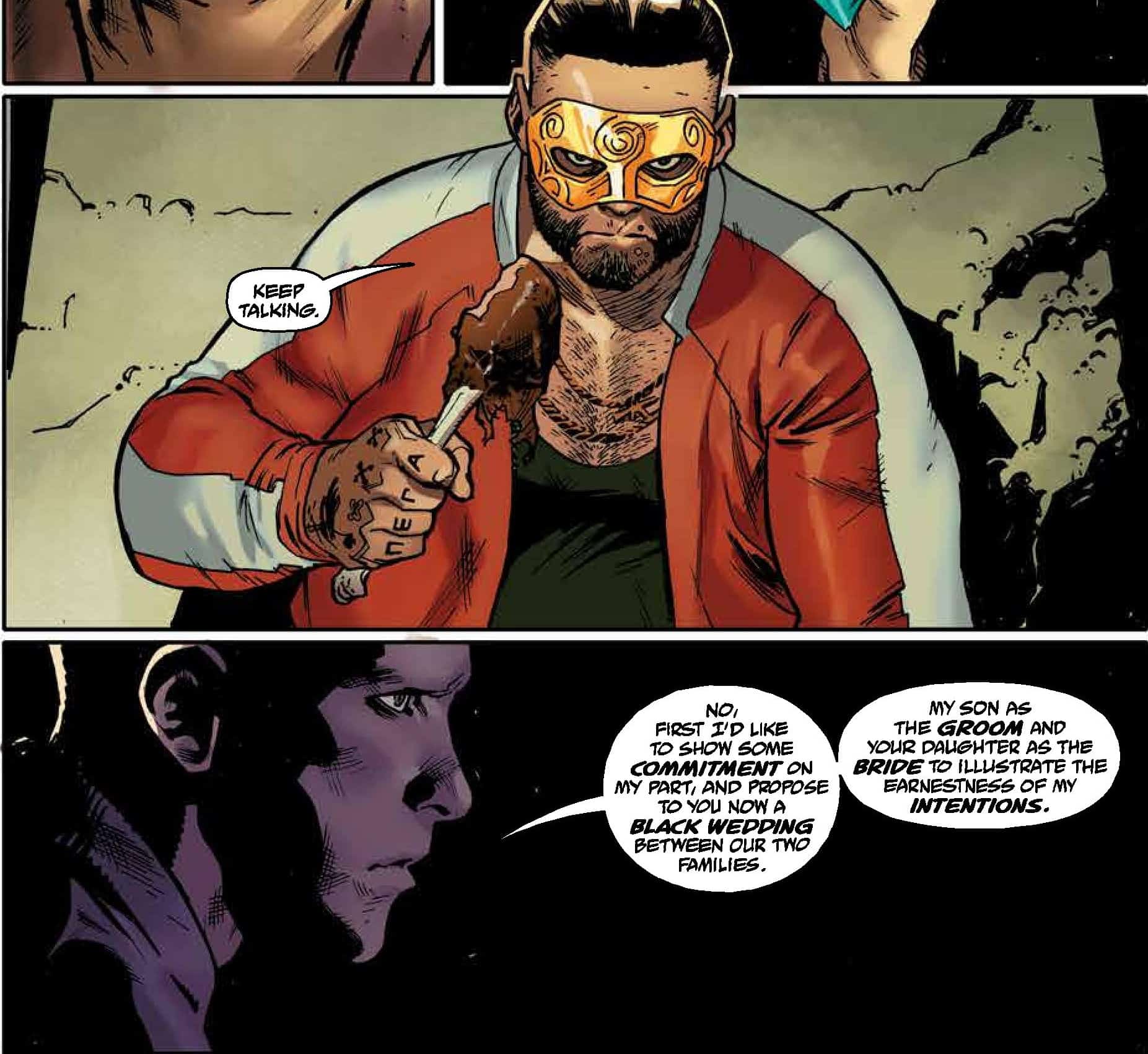 Millar caps it with a confrontation between members of the Order and Victor Corne and his new warlock allies in Whales and immediately puts Reagan and the rest of the members on the back foot as Korne and his allies get their hands on the second piece of a magic artifact, called the Stone Of Thoth previously divided up into four pieces and hidden, that could hand them victory over the Order. The question is: if Kevin Mitchell ( the London Chapter Order leader) is the only one who knows about these secret locations how do Korne and his allies keep finding the secret locations…I’m pretty sure King has something to do with it but we will see… 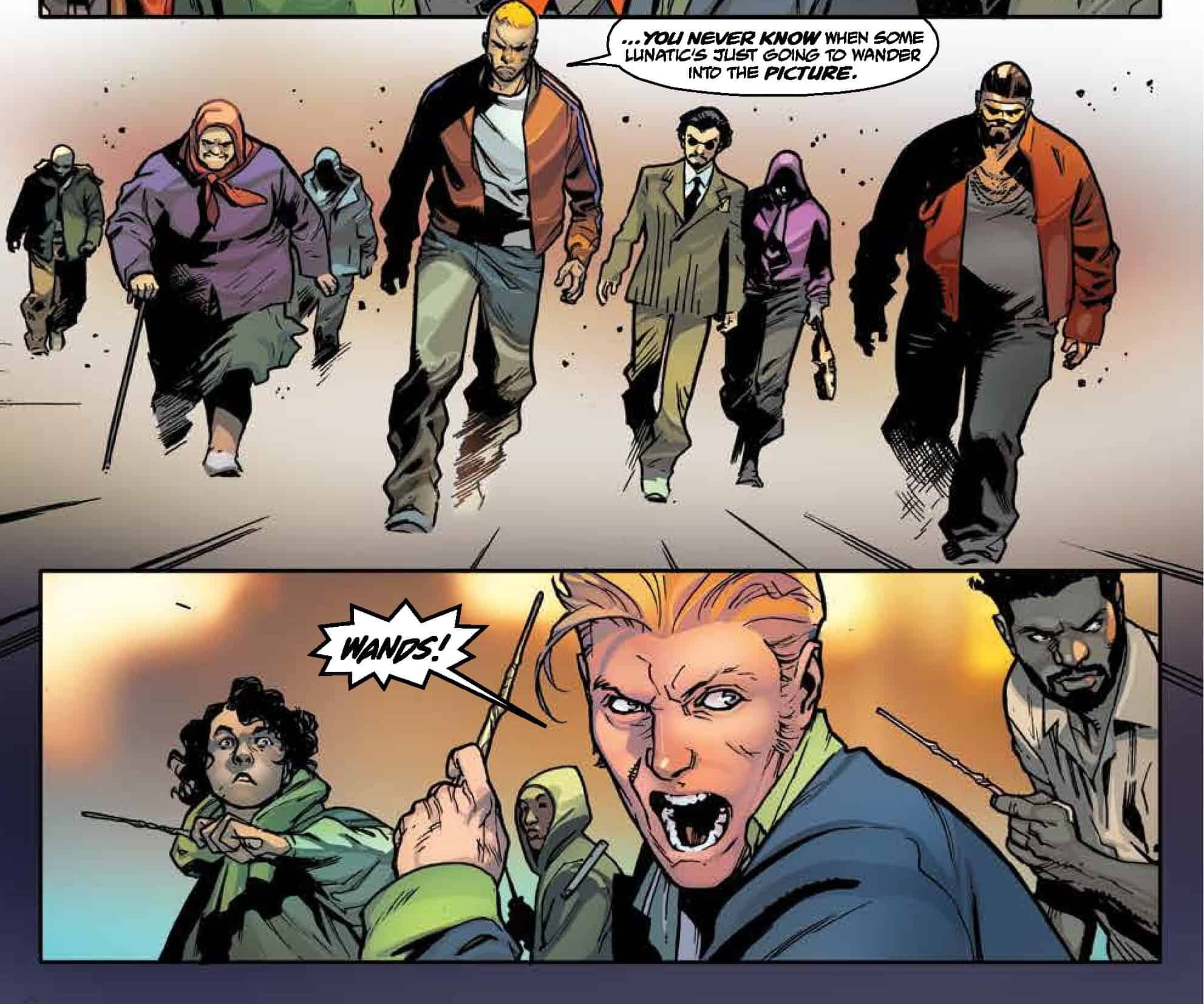 Stuart Immonen is as always in superb form, with Sunny Gho and Dave Curiel supplying the colors for the issue. The main characters are all well defined and individual looking with Immonen working some real magic with the paneling in realizing the concepts Millar has scripted. A rich color palette with everything from eldritch green, to several purples, to burnt orange and everything in between from Gho And Curiel mean that Immonen’s strong line work is elevated to the next level as we get to see England through the eyes of the Magic Order. Clem Robins is solid on the lettering and all in all, this is definitely a much stronger more convincing installment than issue one.

This issue comes at you hard and fast with new characters and a fair chunk of background information through interaction and dialogue. This is well balanced with Millar's signature shock tactics involving crazy, horrific magic, violence, and creatures as we are pulled deeper and deeper into the story brought to life by a highly skilled creative team that brings the magic to life. I wasn't sold on issue one Im 100 % sold with this issue. LET'S GO!