THE MAGIC ORDER 2 #3: The Darkness Deepens 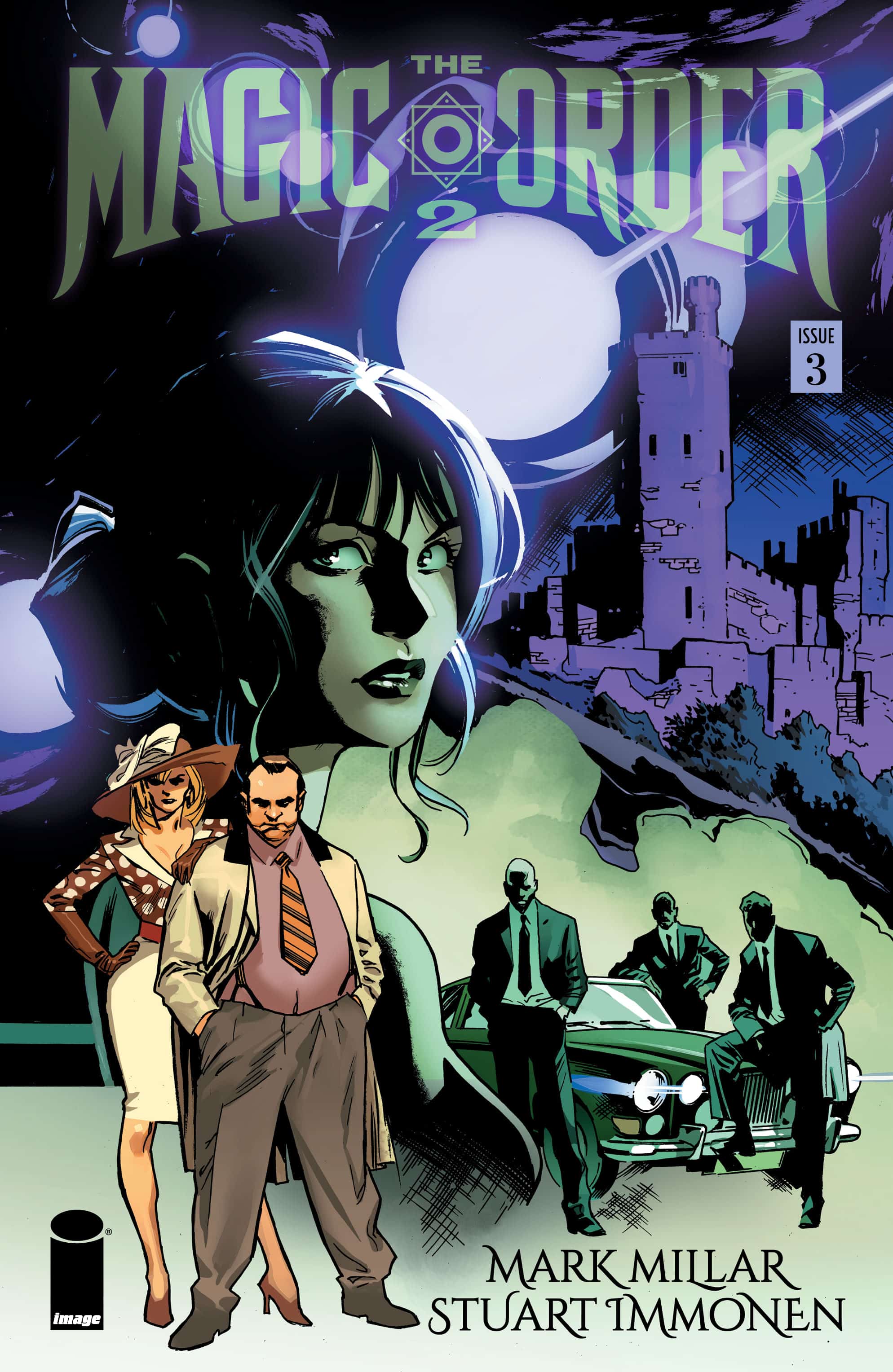 There’s a reason you’ve never seen a ghost. One thousand years ago, a group of wizards got together and drove all the bad things back into the darkness. Now, for the first time, see what happened when that first Moonstone gathered his friends to take down the warlocks and make the world safe for humanity. While in the now the Warlocks' plans are revealed and Cordelia and the Order have a very big fight on their hands...

I didn’t think Millar and the art team could fit more into an issue than they did in issue 2. Boy was I wrong! It’s an issue filled with History, revealed plans, chaotic magic battles in the streets of Scotland, the requisite several unique magical creatures and a literal disaster as this series really gathers major speed! 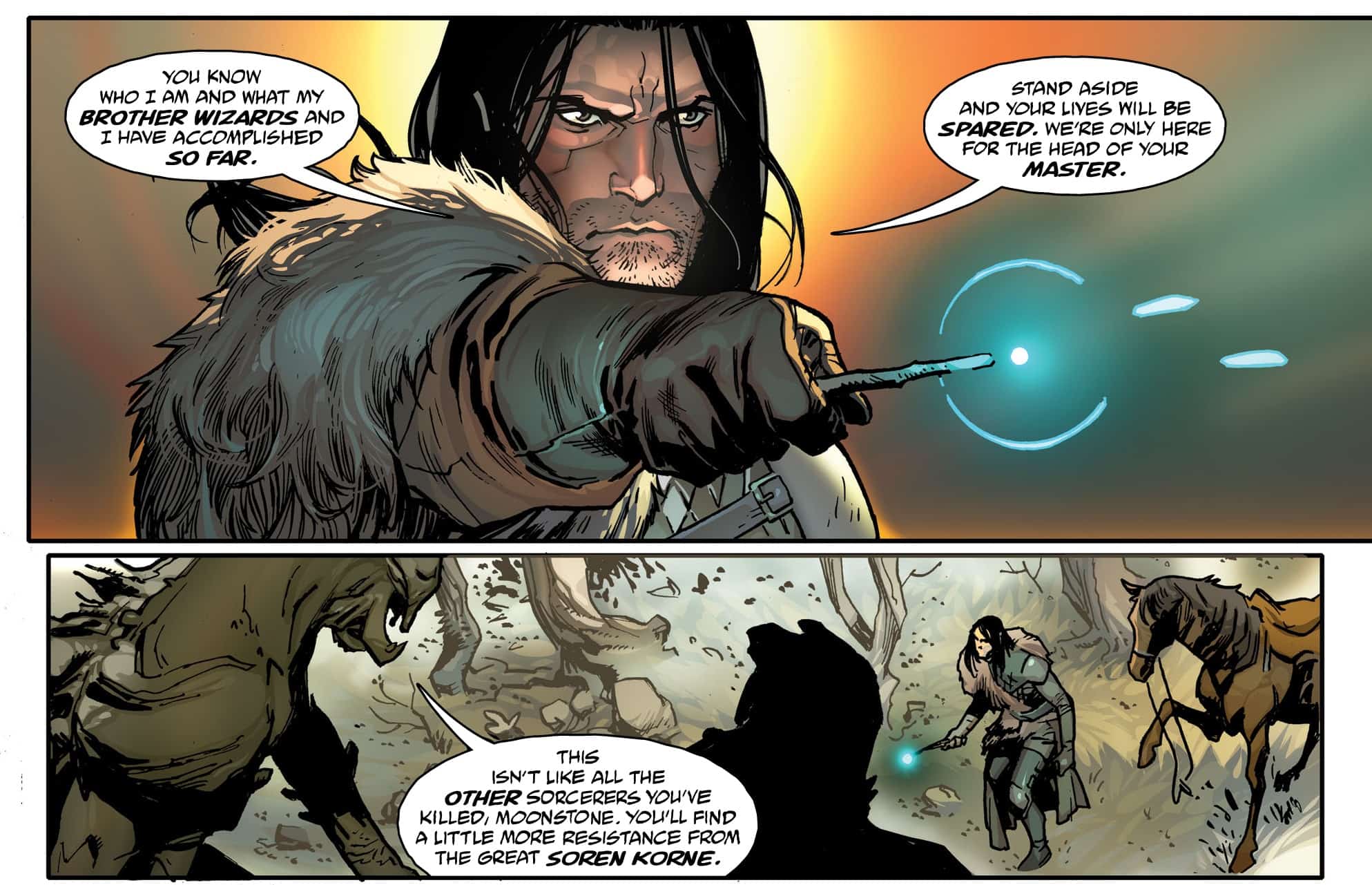 We get to see the defeat of Soren Korne at the hands of the original gathering of the Order by the first Moonstone and the other 12 great magicians from all over the Earth. We also learn that Korne’s defeat was only because the magical creature he was drawing his power disappeared and that Moonstone Castle was originally his in Romania 2000 years ago. Millar then very cleverly loops that defeat into the plans Victor reveals to the other Warlocks has to return The Darkness to power including revealing the immortal Zhang’s (who we haven’t seen since issue one) part in Victor’s scheme.

Meanwhile back in the present things go pear shaped in Glasgow as Victor’s Aunt goes after another piece of the Stone Of Thoth which we learn contains the Magical creature Soren Korne had been drawing his power from and chaos ensues. Millar pours the drama on thick here and there’s action galore, marvelously executed by Stuart Immonen and colorist Sunny Gho, but Millar doesn’t forget the personal touch and we get to see Cordelia being the ” responsible adult” and her discussing her important debut Escapology Show at the Abington theatre with other members before things go completely haywire with the appearance of a truly chaotic and destructive yet hauntingly beautiful creature called a Saltador. Added to this all Millar throws in the drug addicted enchanter Francis King who proves that you should never go to work off your face and a tragedy ensues for a cliffhanger ending of note! 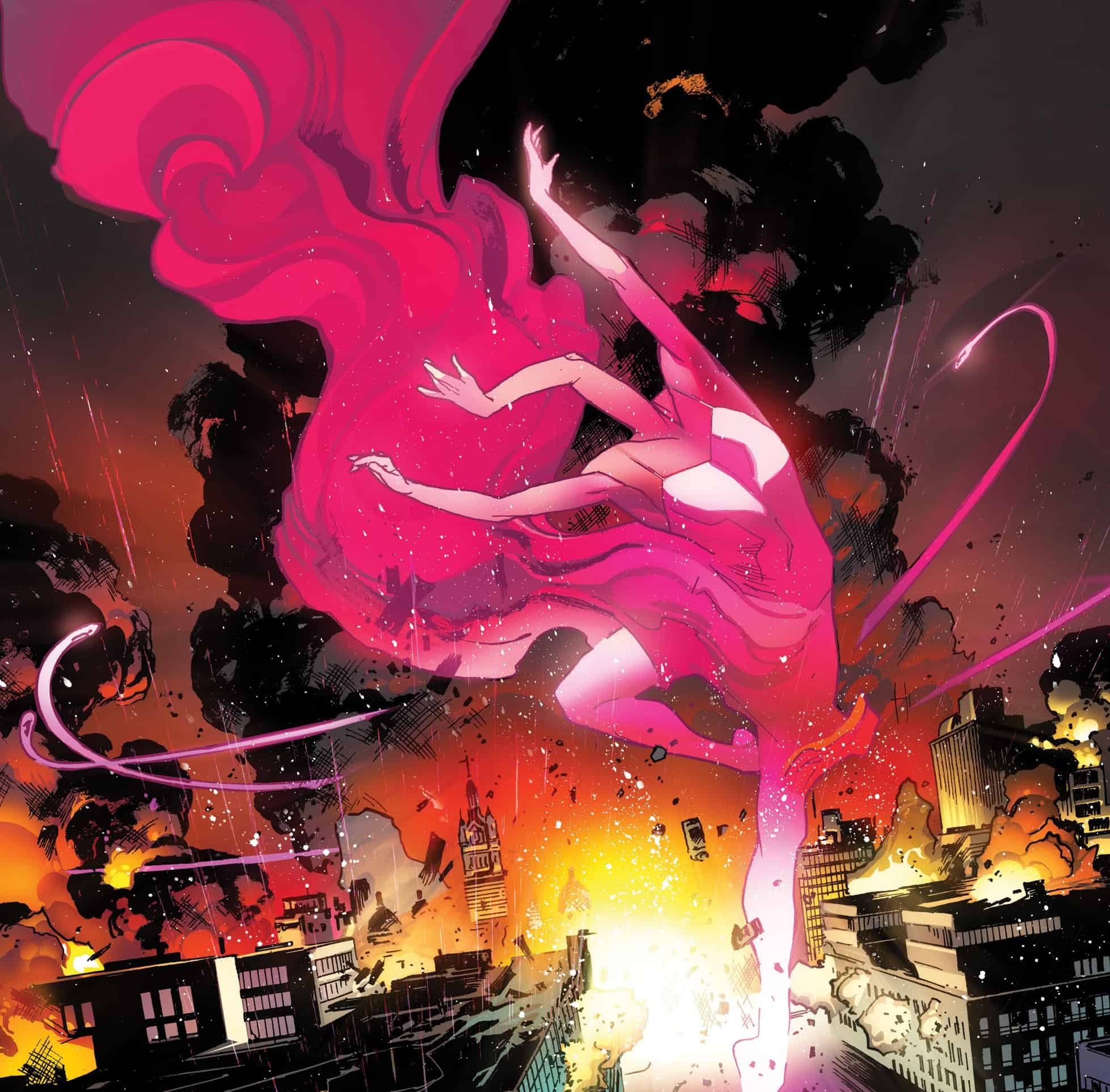 Stuart Immonen as well as colorists Sunny Gho and Dave Curiel are on absolute song in this issue and it’s really 24 pages of (23 if you count the double splash as one page) of pure Magic Order perfection, the creatures and action are magnificently scaled, terrifying in the case of the Othel’endu and both beautiful an terrifying in the case of the Saltador as our colorist duo lay down eldritch dark greens and browns as well as glowing pinks, vermilions and reds to color the creatures Immonen draws bringing them to life. There is a wonderful flow and PACE to the book thanks to the incredible art and some strong paneling that really add to the atmosphere of urgency this issue has. It isn’t only the bolder art that catches the eye. Brilliant lighting, use of silhouette and marvelous detail by Immonen make slower moments as impactful as the action. Check out the bottom panel of page 1 and the sunshine coming through the window in Soren Korne’s throne room or the brilliant detail of the map that Zhang has. These are things you take for granted on first read but really stand out on analysis of the issue. 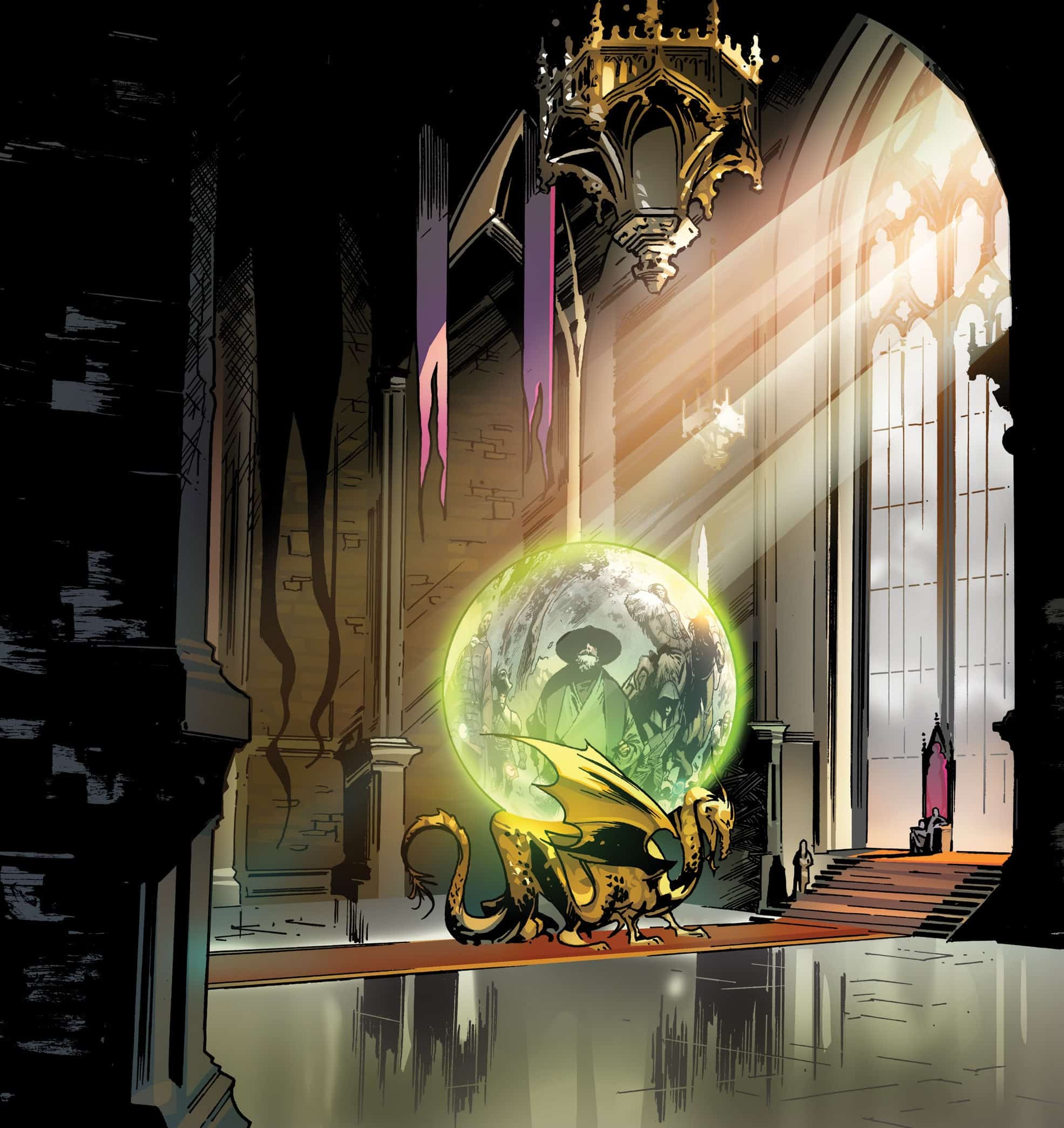 There are no fancy tricks from letterer Clem Robbins but that in itself is a trick as he lays the lettering down perfectly allowing the power of the image to speak and the story to flow seamlessly.

Millar and the art team don't let up for a second in an absolutely PACKED halfway issue that is everything one could have wanted from this sequel series! Filled with everything from a history lesson, dark plans revealed, incredible magic, creatures and all the drama one could ask for, The Magic Order 2 #3 is a perfect comic in every aspect of it's execution with superb writing and breathtaking art. Unmissable!

THE MAGIC ORDER 2 #3: The Darkness Deepens