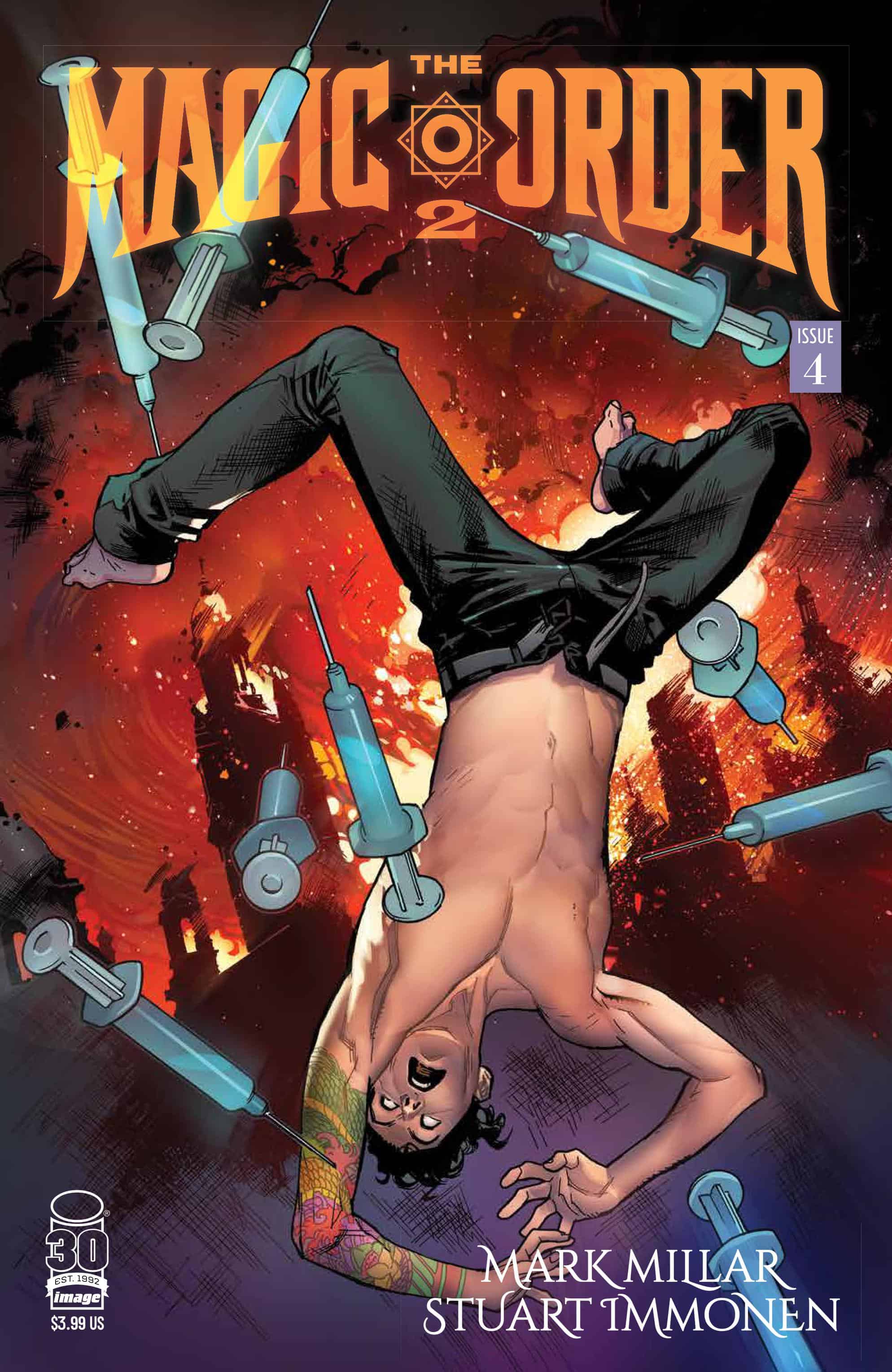 London is under siege as warlock Victor Korne marshals all the creatures in the darkness, bringing them together for a single purpose—to shatter the Magic Order and reclaim their place as the world’s rulers. They’ve been living in the shadows too long, and now they want revenge for five hundred years of bowing to humanity. This is their chance to bring back the night.

The Order and the individuals involved must deal with the consequences of the tragic events of Glasgow...Can the Order track down their enemy and even if they do... are they prepared enough?

After the last issues frenetic pace, Millar dials it back, waaaay back, and takes the time to examine the consequences of Francis’s tragic drug-fueled attempt “to help” as he uses this issue to set the pieces up for the final confrontation to come between The Magic Order, Victor, and his allies. There isn’t a ton of action in this one but that’s balanced out as Millar gives us more insight into characters and we get to know who Kevin and Bianca Mitchell are as heads
of the British chapter of the Order as well as delve deeper into the troubled Francis King who reveals to the Order that he had never kicked his actual addiction. The interpersonal interaction is a highlight of this one as Kevin and his wife hit the streets and eventually finally find out who is behind the attacks and their goal. Not too sure where Millar is going with Francis King’s storyline and the issue ends with a very ominous note for King as his “demon”
makes a very very dark suggestion. It’s not the most nuanced examination of addiction but it does leave you wondering what’s going to happen next for that character. 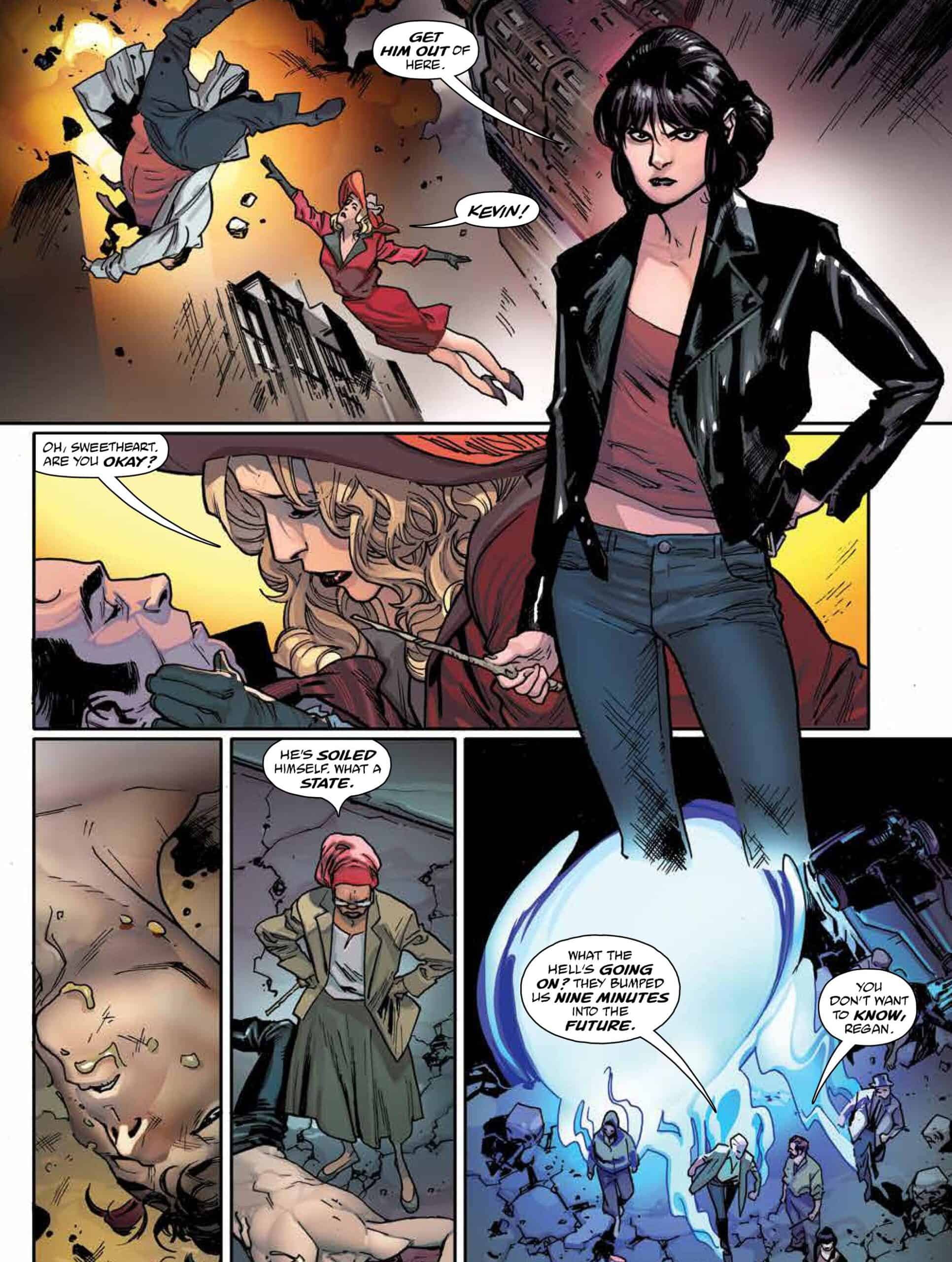 On the art front, Stuart Immonen gets to shift gears as we step back from the wild action as the focus shifts to an issue filled with character interaction and dialogue. He excels here too though, tight paneling and close-up headshots are the order of the day and they beautifully and effectively convey the emotions on-page from Kevin Mitchell’s anger and grief at Francis’s selfishness to Francis’s regret. This is a character-driven issue and it’s executed by
the art team with perfect aplomb. Crisis meetings and sharp suits with the odd gnarly spell (see jigsaw puzzles and religious statues for reference) are all superbly executed by all involved as the art team shows they can deliver anything and everything Millar’s script calls for.

Magic Order 2 #4 steps back from the wild frenetic pace of the previous issue but draws you in with well-structured character writing and build up to what promises to be an absolutely spectacular final confrontation as Millar and the team show how they can shift down several gears but still keep you very much interested. This series continues to be in my opinion Millar's best work and the art team backs that writing up with pure excellence on every page.