THE MAGIC ORDER 2 #5: SNAFU as Things Get Even Worse!! 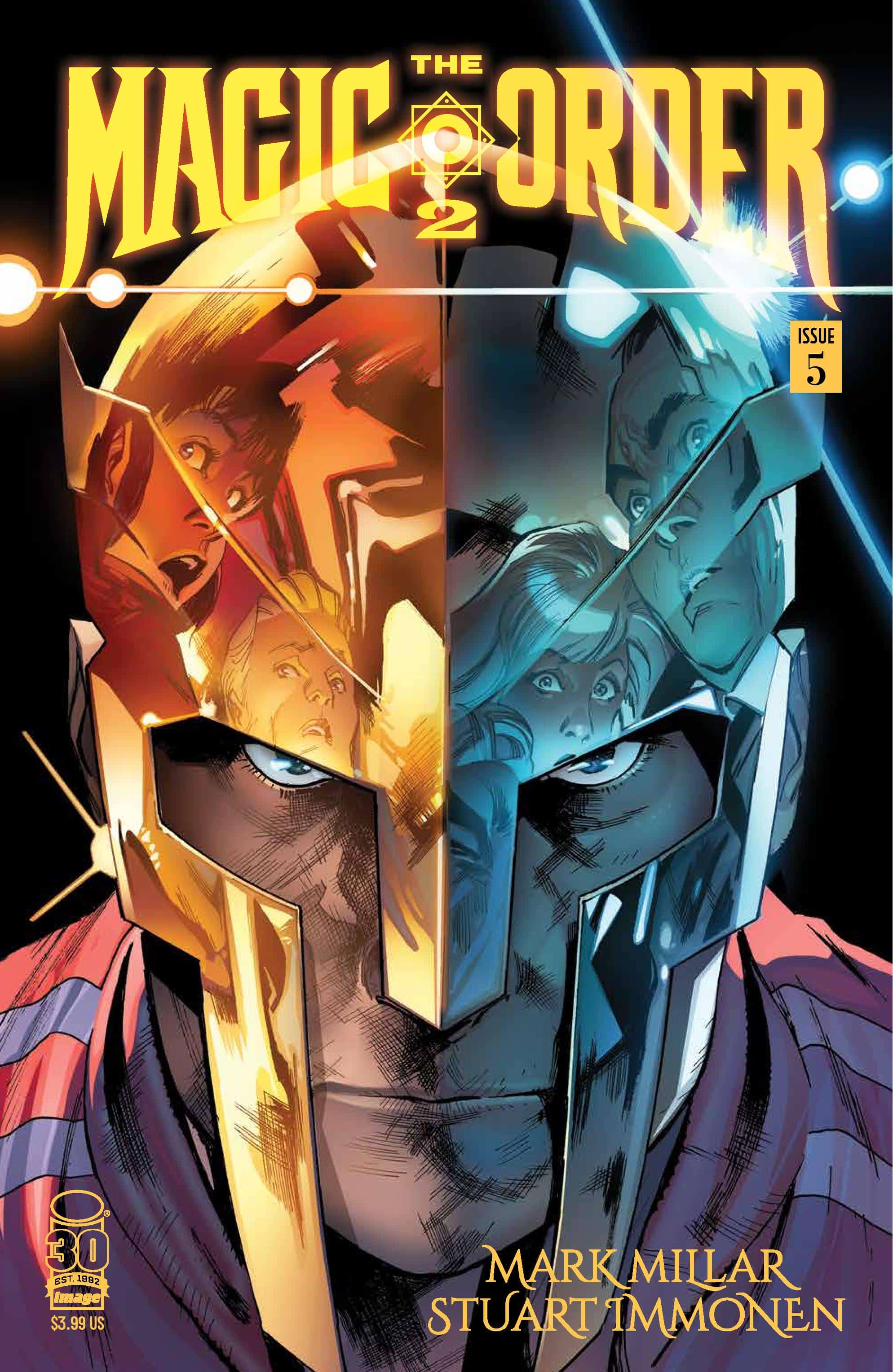 Tragedy Strikes!! Cordelia and the Order gather in Bucharest to face Victor Korne and his allies. Will the Order  be able to defeat  him and stop darkness returning to the world or have they grossly underestimated Korne and how well he has planned the moment of his ascension to power???

It all goes completely pear shaped this issue as Millar leads the issue off with some family history of the House of King and the tragedy darkly hinted at last issue comes to fruition. Meanwhile the Order have gathered (although there are a few conspicuous absences and and a certain young ladies presence should not be overlooked) to face Victor Korne and his allies. There’s some nice callbacks to the original series as we see Ray who is the keeper of magical artifacts show up. Despite the Orders plans Victor and his allies appear to have been multiple steps ahead of Cordelia and the Order as Millar explains how Korne and his allies have remained ahead of the order this entire time. Things go from bad to absolutely diabolical as Victor flexes his powers with the help of the Othuel’ Endu and he puts his plan into effect. Several nasty surprises from Millar really leave Cordelia and all her allies in an absolutely dire situation as Victor raises a new castle in the exact position Soren Korne’s castle stood before the Order defeated him with a very smart tieback to the very first pages of issue one of this series. This is the deepest darkest moment the Order have faced in Millenia and Millar does a great job of really pouring on the despair and desperation of the moment in this penultimate issue of this series. We all know it has to turn right, Right?? If I have any criticism , it’s that the story structure follows almost the exact same path the first series did, but quite honestly top class execution trumps that complaint and I know there are more shocks coming in the final…it cant come soon enough! 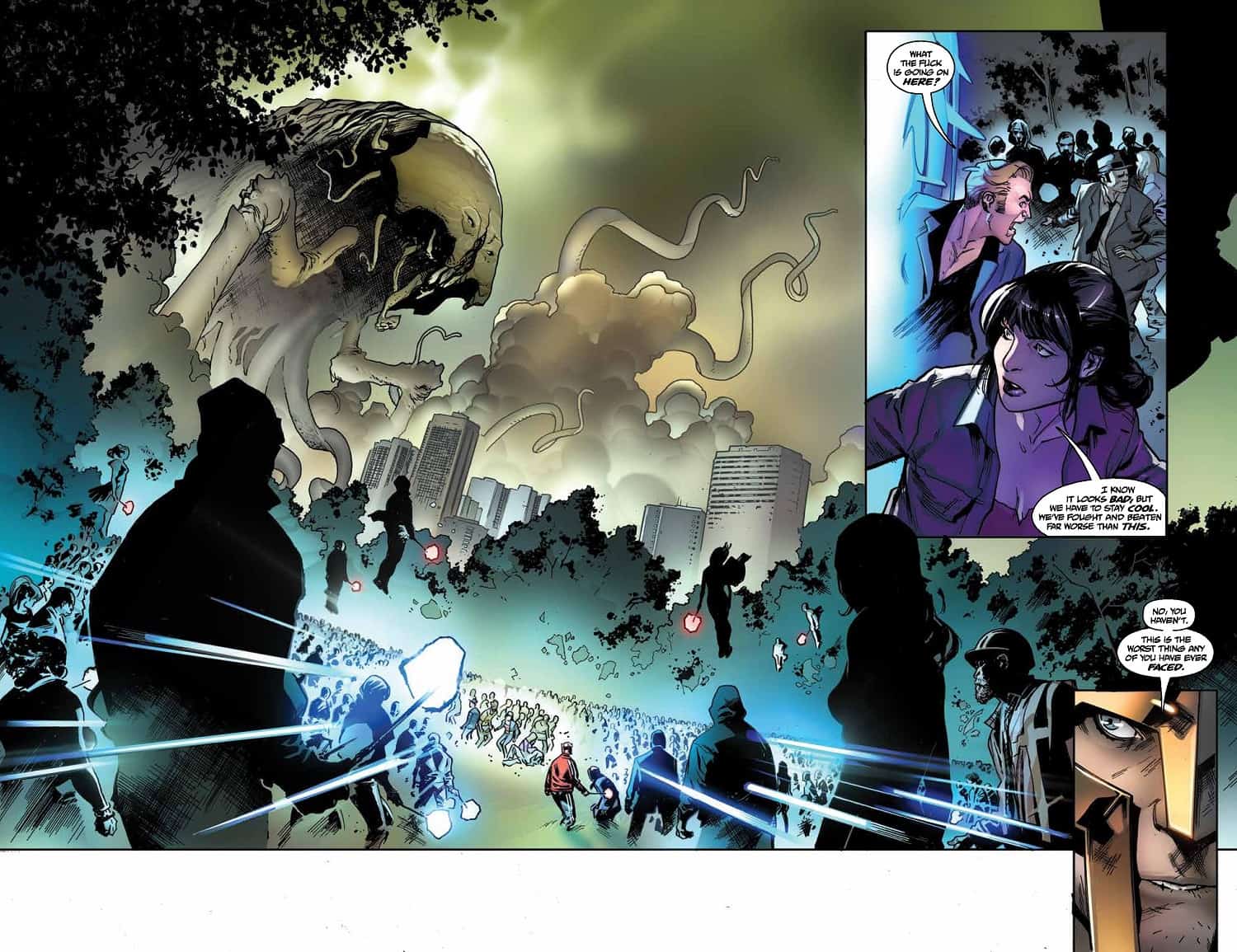 The art team brings Millar’s script to life in the best way possible as Victor Korne seeks to remake the world to how it was before the Order banished the Monsters and Dark Magic from the it. Immonen and David Curiel bring forth multiple magic spells, violent moments, raise a castle and crack the moon and release the dark creatures of Legend in a beautifully crafted issue mixing glorious splash pages with with magic, tragedy and desperation. The full spectacle of Victor’s plans is brought to life page after page through brilliant paneling that switches between tight narrow moments and expansive sumptiously rendered splash pages which glow with Curiel’s marvelous use of color. This is an issue that has to be seen to be believed.

The penultimate issue of this series belongs very much to the villains of the piece as Millar pours on the tragedy and desperation, raising the stakes higher and higher while making the situation more and more desperate. It's not a happy time for the heroes but it is a masterfully crafted issue with superb art that brilliantly brings the drama of Millar's script to life.

THE MAGIC ORDER 2 #5: SNAFU as Things Get Even Worse!!