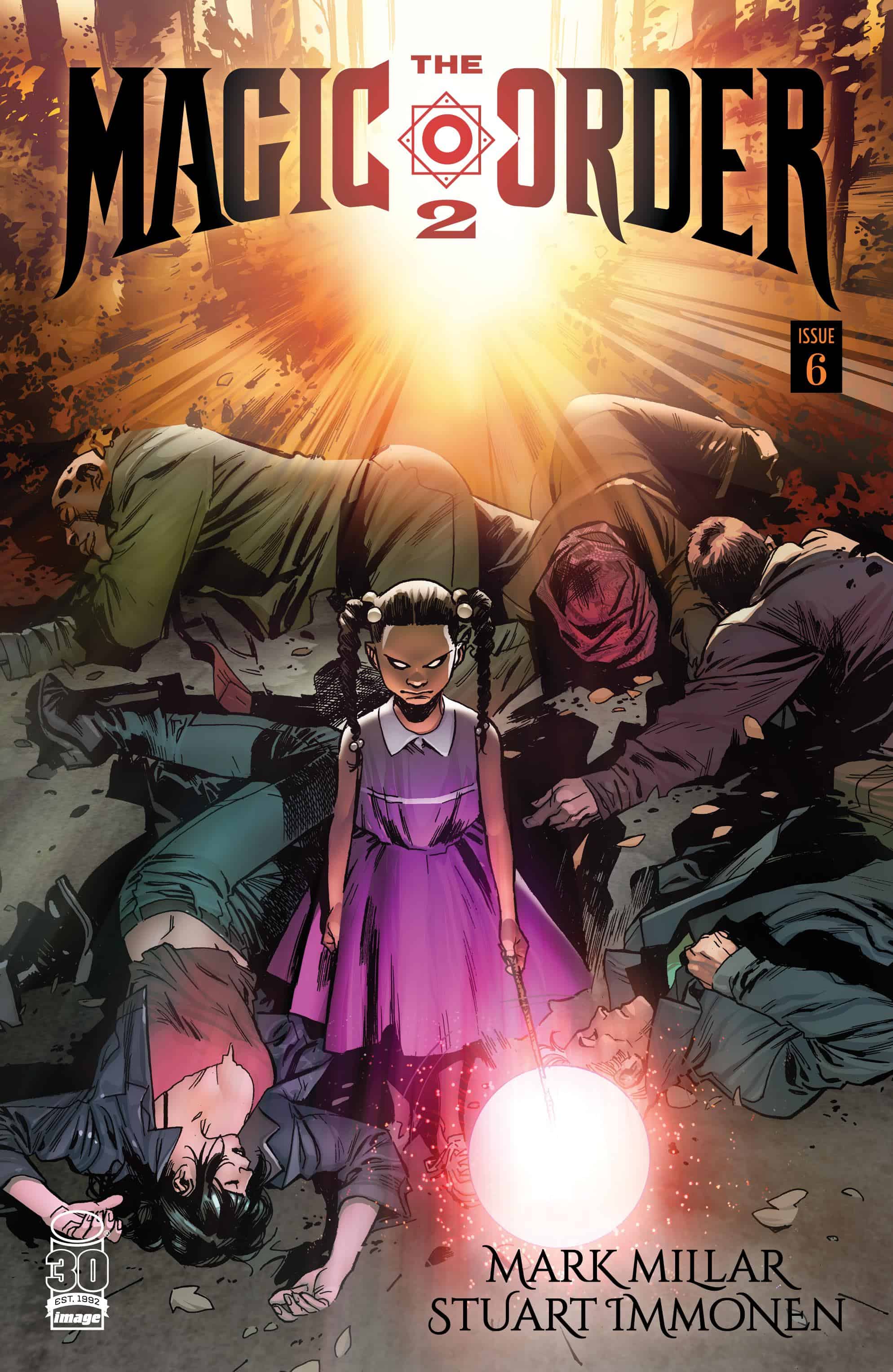 The world has been taken by the other side, the Magic Order scattered to the winds as Victor Korne stands on the precipice of total triumph and ready to return our world to the darkness of before...

This issue positively crackles with eldritch energy as spells past and present crackle and flair from friends and foes alike as Millar pours on a large dollop of frenetic pace for the the finale of this installment! The issue twists and turns for a much more complex last chapter than in the first Magic Order series and the threat of Victor Korne and his uprising is dealt with very early on but then Millar twists things again as we come to realize that the threat exists across time too and Cordelia needs to take steps beyond just defeating the current threat. 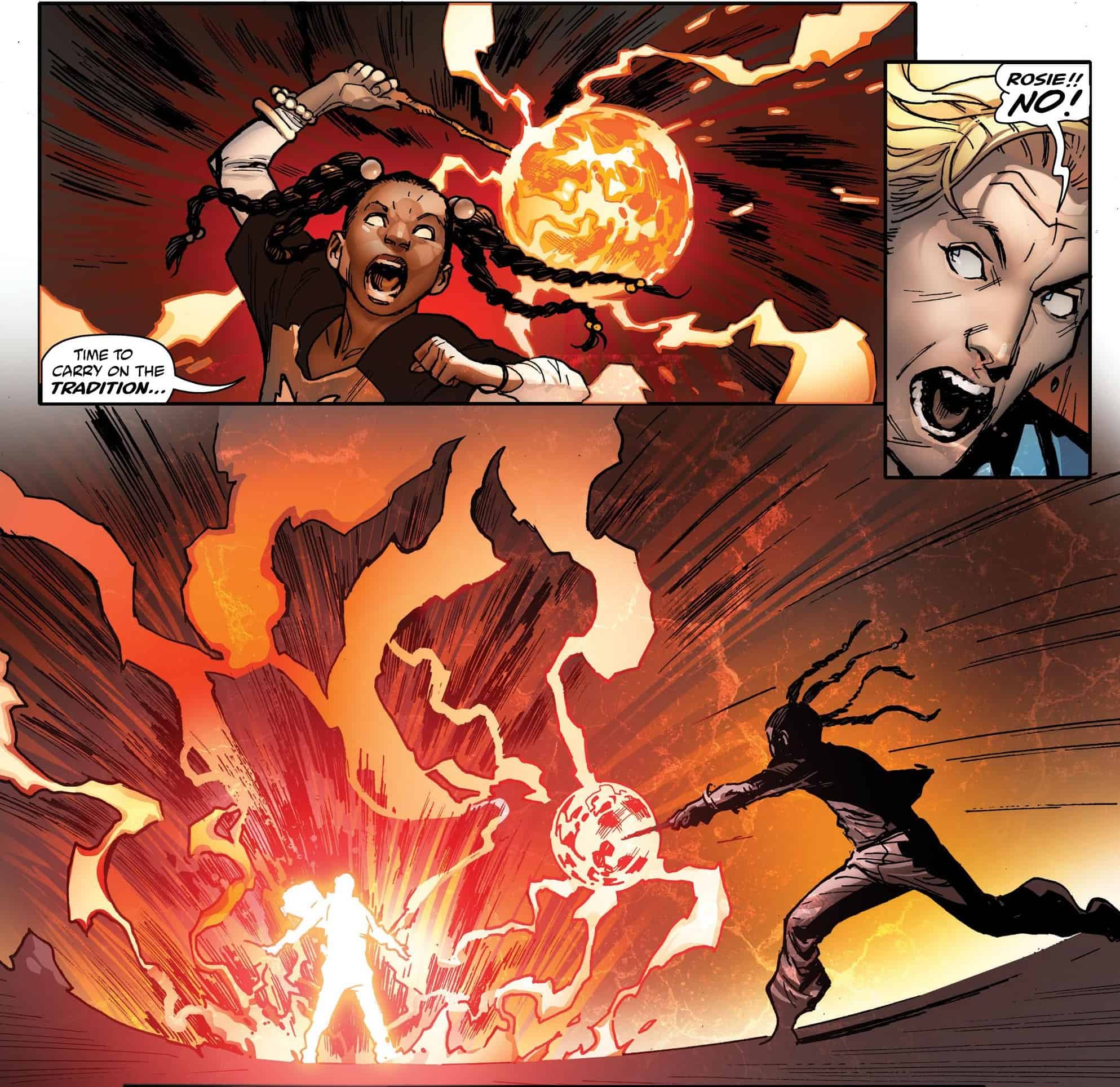 I won’t spoil the surprises with this review except to say that Millar wraps things up smartly on all fronts with unexpected returns and an absolutely masterstroke loop which he closes with the aplomb of a master magician. There are several ties back to issue one which really reminds us of how nonlinear this magical world we are part of can be. The conceit of how magicians can manipulate the navigation of time sells Millar’s finale and we get action, tragedy, sorrow, shock, relief, and the greatest escape of all time. 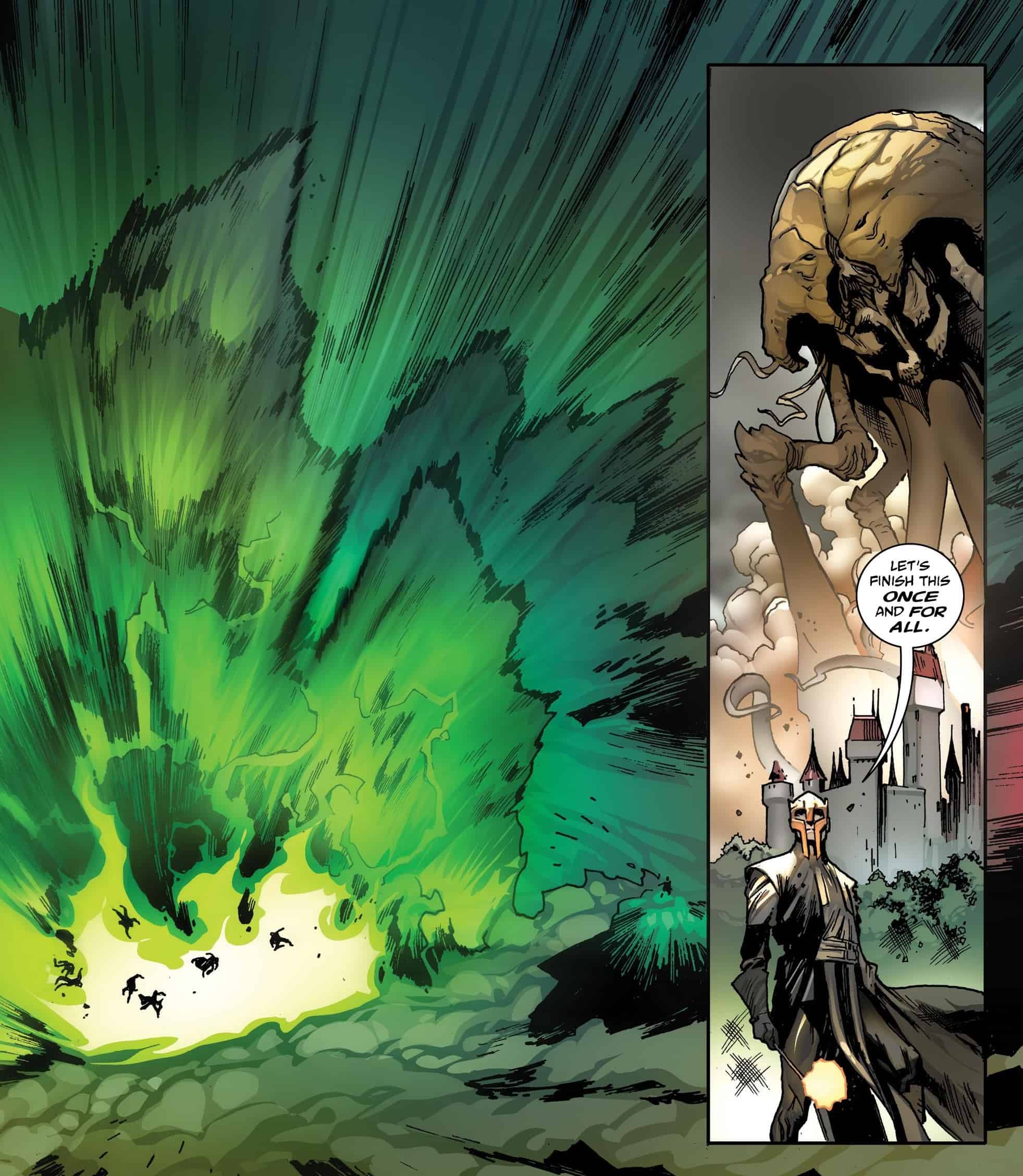 Immonen and Curiel pour on the action and there’s an incredible amount of dynamic motion communicated across nearly the whole issue as Cordelia and her allies race to prevent the past from being unavoidably altered and Soren Korne prevailing against the Order in the past. Curiel’s use of color for the spells is marvelous as oranges. purples, greens, and more flare across the pages drawing you into this incredible final magical battle.

I have a problem with the fact that Millar pulls off the last trick involving Cordelia without even a hint of how she accomplishes what she does. The whole idea of a Magician never reveals its secrets is cute and timely but deeply unsatisfying at the same time because it leaves me with the feeling that he simply had the character accomplish the impossible with zero thought going into the how which feels like cheating and left me feeling like Gabriel Moonstone at the end of the book. Barring that it’s a thrilling and fun finale.

Magic Order 2 #6 is a frenetic breakneck race of a last issue which twists and turns leaving you breathless at its conclusion as Millar and the team tie up all the loose ends and pull off a positively magical if somewhat mysterious final act in another excellent last installment of this series.