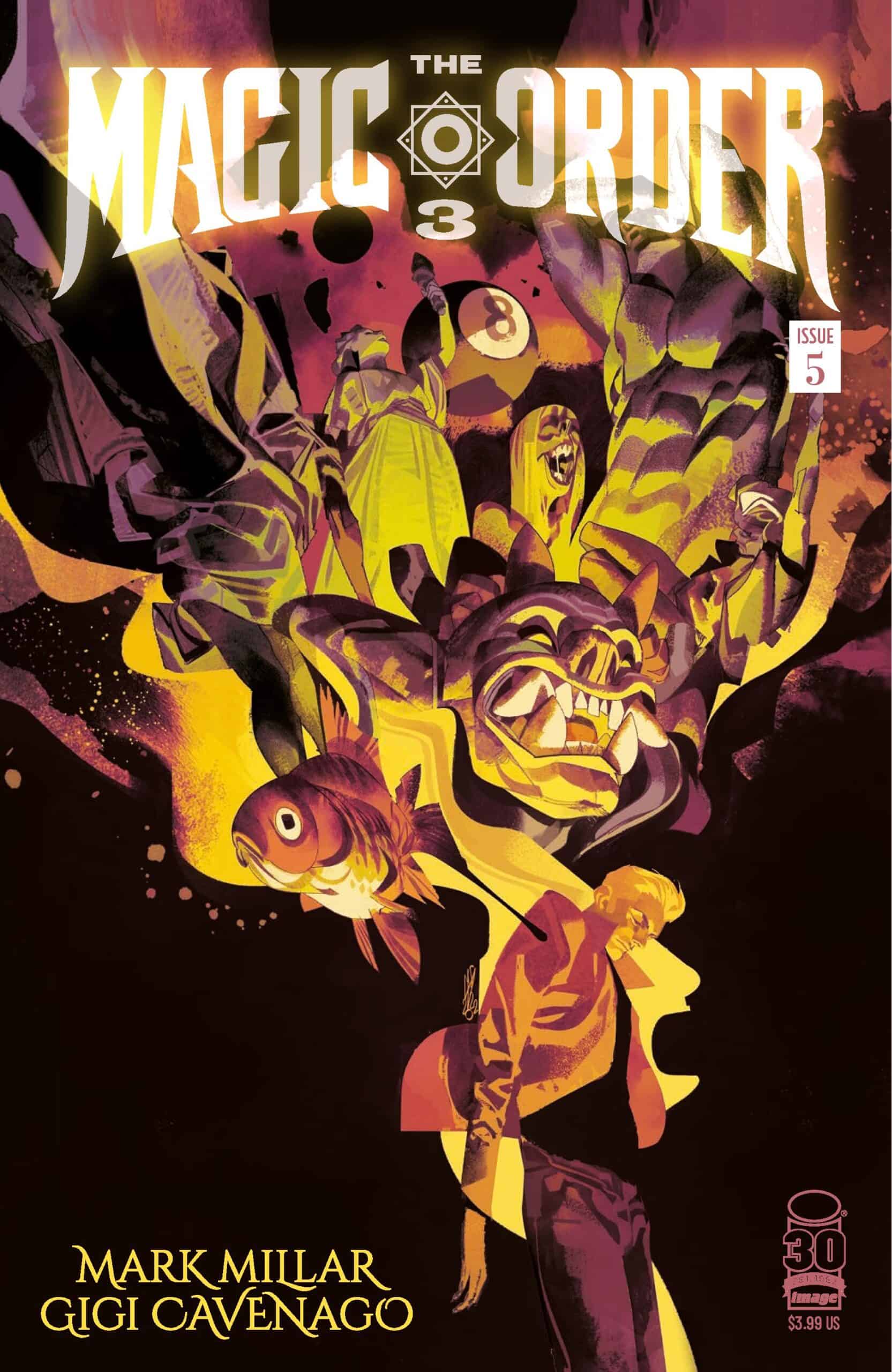 The Magic Order has a golden rule: Magic must never be used for personal gain. Anything that smacks of this leads to immediate expulsion and so it breaks the team's heart to find out they have a traitor in their ranks. Warning: This is not who you could ever have imagined.

Millar decides to zig when you expect the issue to zag in a surprise move five issues in. The jeopardy young Rosie finds herself in is resolved with some excellent use of one of Millar’s magical conceits from earlier in the series. There is of course the requisite wild magic spells action that has become a hallmark of the series ( Millar really has done adult magic series right with this entire series as far as I’m concerned) as The Order comes together to take down the renegade zealot Sanchez seeking to end Rosie’s life. 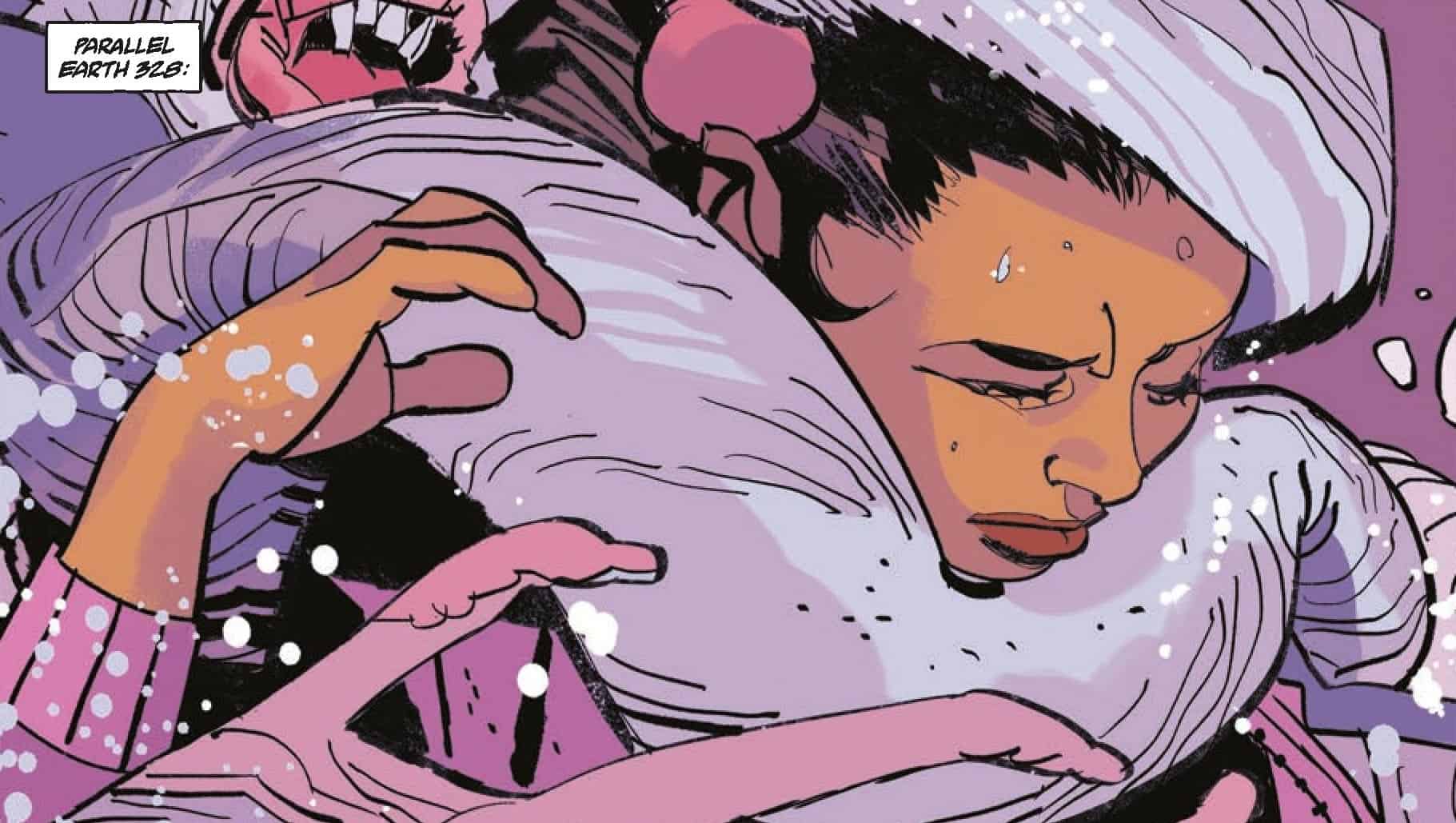 This alone would be enough for a thrilling issue but once again Millar proves that he isn’t scared of or done with major drama as he drops a massive bombshell regarding one of the Moonstones that will no doubt have huge repercussions going forward. Cordelia’s role hasn’t been as pronounced in this third series but this changes as she slowly comes to and confirms a horrible truth about her brother in the second half of the issue. Along the way, Millar chucks in some callbacks and characters from series two for good measure. There is some excellent character writing here as Millar digs into Reagan’s reasoning for what he’s done and you feel his distress as well as Cordelia’s when the truth comes to light. It’s a shock to the system, especially because I really like Reagan as a character but it also sets up a VERY interesting 6th and final issue of the series (which at this point I’m sure dovetails into series four, this is too big a revelation to drop and resolve in the penultimate issue) raising so many questions about the future of the Moonstone clan and the order itself with so many plotlines on a crash course with each other! Reagan’s fate, ‘uncle Edgar’, The imminent return of Salome and Leonard Moonstone, and how is this all connected to Sammy Liu??? All these questions still to be answered mean that Millar has set up one hell of a final issue!

Cavengago and Napolitano bring the revelations and drama of this issue to life. There’s a deceptive simplicity to Cavenago’s art line art sometimes but spend time looking at the pages, move past the general impression it gives you and look at his brilliant economic line work and heavy solid black and then combine this with Napolitano’s clever color shading and you realize just how brilliant the art in this series is. Cavenago and Napolitano handle the huge dramatic splashes (and there are several here) and the close interpersonal moments focused exclusively on character interaction with equal aplomb. Napolitano’s use of color pushes the drama on page up to another level. It’s a beautiful, action packed, dramatic and tragic issue that the artist team handles flawlessly. Clem Robbins makes sure the dialogue is placed where it’s easy to follow but never blocks the power of the image it’s in and the cover from Cavenago is once again a thing of absolute beauty.

Millar and the team drop an absolute bombshell of a penultimate issue with a revelation that sets up what could be the most exciting finale of the entire Magic Order series to date! Brilliant art from an absolutely flawless art team brings all the drama to life page after page.