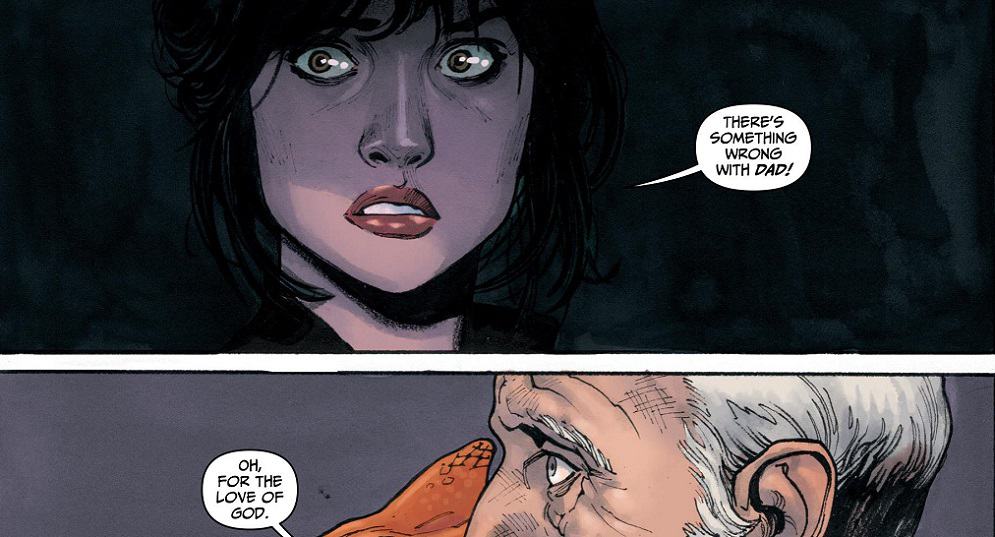 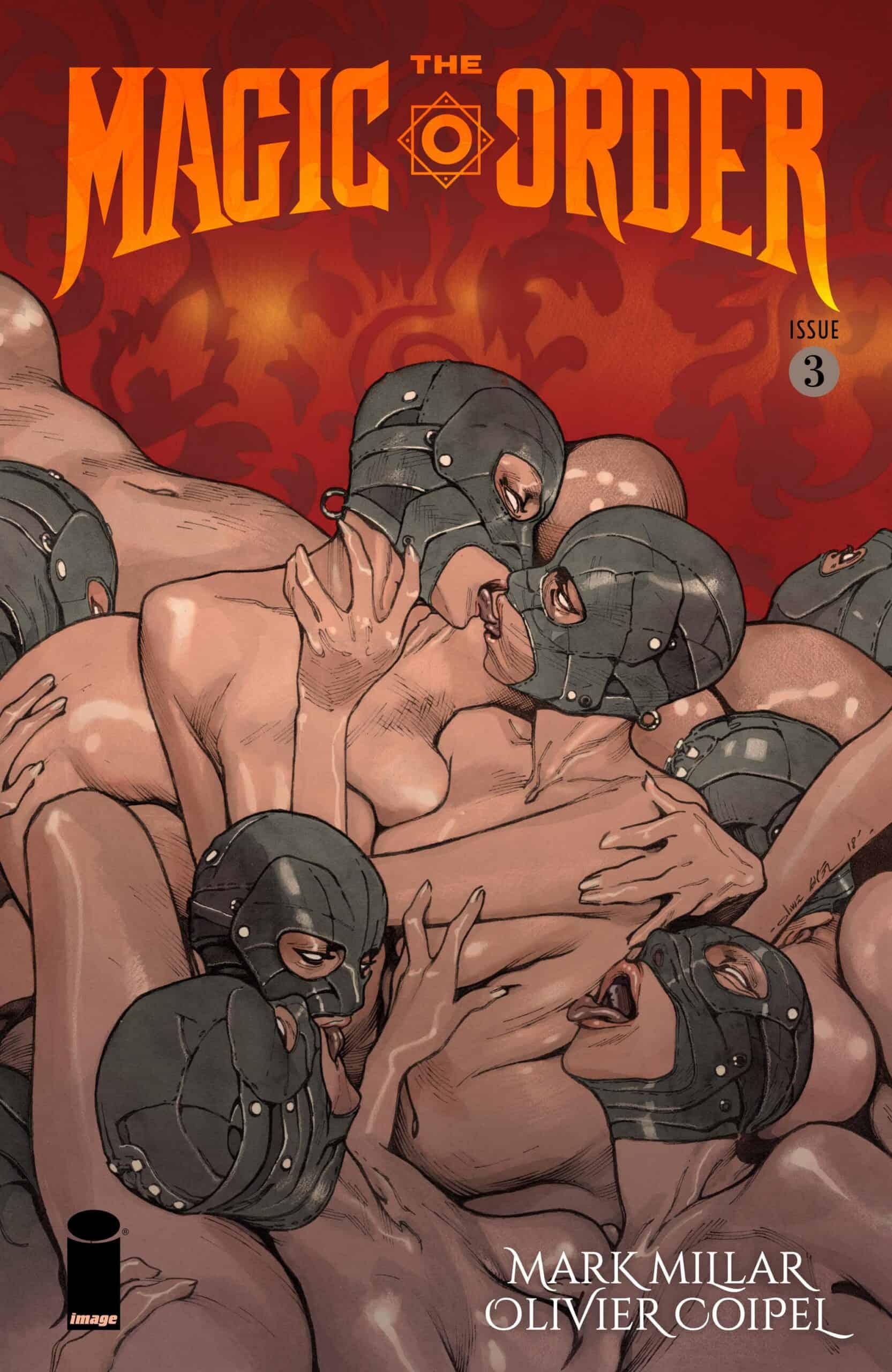 Members of the magic order continue to fall at the hand of Madam Albany and her magical hitman, the Venetian, as she carries out with her assault on the order in her quest for the Orichalcum a powerful spell book containing the darkest of magic. The remaining members of the order search frantically for clues that will lead them to the Venetians identity and a way
to stop Albany's plan to destroy the current order and remake it in her own image...

This issue opens with Cordelia and Regan Moonstone chasing down members of "the opposition" in order to learn more about their adversary and a shakedown of one of the unwholesome individual reveals that the assassin is wearing Venetian robes making them completely untraceable, however as the subject of the Moonstone siblings disintegrates (having being turned into a candle) he issues an ominous warning before being"extinguished".

In the meantime head of house Moonstone, Leonard Moonstone is trying to persuade family black sheep Gabriel Moonstone, who left the order because of a tragedy that befell his only daughter, to return to the fold while this threat persists. Gabriel refuses his father's plea's as we learn the tragic fate of Gabriel's daughter and the why Gabriel and his wife have completely left a life of magic behind and the guilt that Gabriel lives with because of it.

In the Black Kingdom, the renegades sanctum, Madam Albany and her cohort the shapeshifter Lord Cornwall discuss what secrets they think the Orichalcum will bring them and we learn Madam Albany's true motivation behind her quest to destroy the order and take over,and it's a very powerful reminder of how strong an influence family rejection can have on one's motivations as she explains to Cornwall that she intends to prove her father wrong and that this bloody swath she is cutting through the order is to show everyone that they were wrong in calling her unfit to be entrusted with the Orichalcum in the first place. She claims she will return to how things were before she left the order when she takes over but as she orders Cornwall to transform into something "legendary" to have sex with, it's very clear that should she get her hands on the book, things will become very very dark indeed.

The final act of the book see's the Venetian confronting Leonard Moonstone in the theatre where Moonstone performs for the public. After evacuating the unsuspecting civilians the two face off but as powerful and experienced as the elder Moonstone is he is no match for the magical hitman and his fate is sealed bloody and visceral.

Albany and her coterie of cohorts watch from one of the theatre's loge's as the head of house Moonstone fall after being outwitted by the Venetian. In their various places, the other Moonstone family members feel the fall of the family patriarch and head off the Magic Order...and Albany makes it clear the plan is to move against the Moonstone children starting with Gabriel first...

Millar does an exceptional job here of examining the powerful yet dysfunctional Moonstone family characters as seen in a deep and heartfelt conversation between Leonard Moonstone and his Son Gabriel. The conversation is magnificently written and beautifully drawn by Coipel, moodily colored by Dave Stewart and conveys a sense of weighty emotion that’s an absolute pleasure to read. Millar has done an excellent job of revealing details of all the characters but maintaining a sense of untold history and mystery about all of them that keeps you engaged page after page. Madam Albany’s motivational reveal is a moment of sheer brilliance and immediately transforms the character from plain old villain into some vastly more complex while making a very strong statement about the power and influence that the actions of family have on its members and if you look back at the series that theme has carried through the whole story. It’s a fascinating world where you can die at the hand of a creature plucked from a sleeping child’s nightmare and it is rendered in absolutely magnificently by this stellar creative team.

It is impossible to fault anything about this issue as the story continues to climb from apex to apex in both writing and art.

This book has been nothing short of miraculous since issue one as Millar, Coipel, Stewart, and Doherty prove consistently they are all masters of their craft with every issue reaching a new height of sheer creative brilliance.

It's a week since I read it for the first time and I am still going back to it to stare in amazement at what these guys have accomplished here. This is a comic every comic fan should be reading.