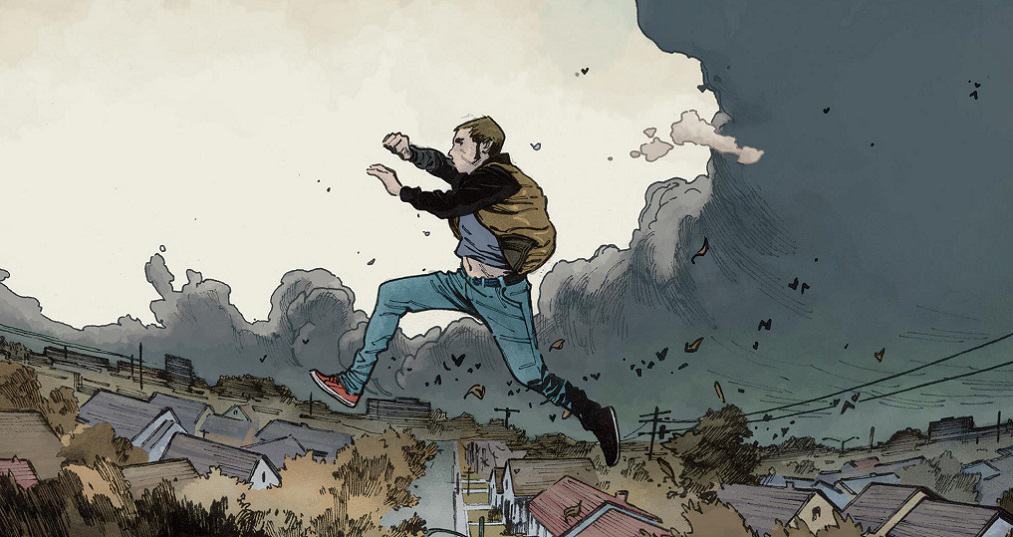 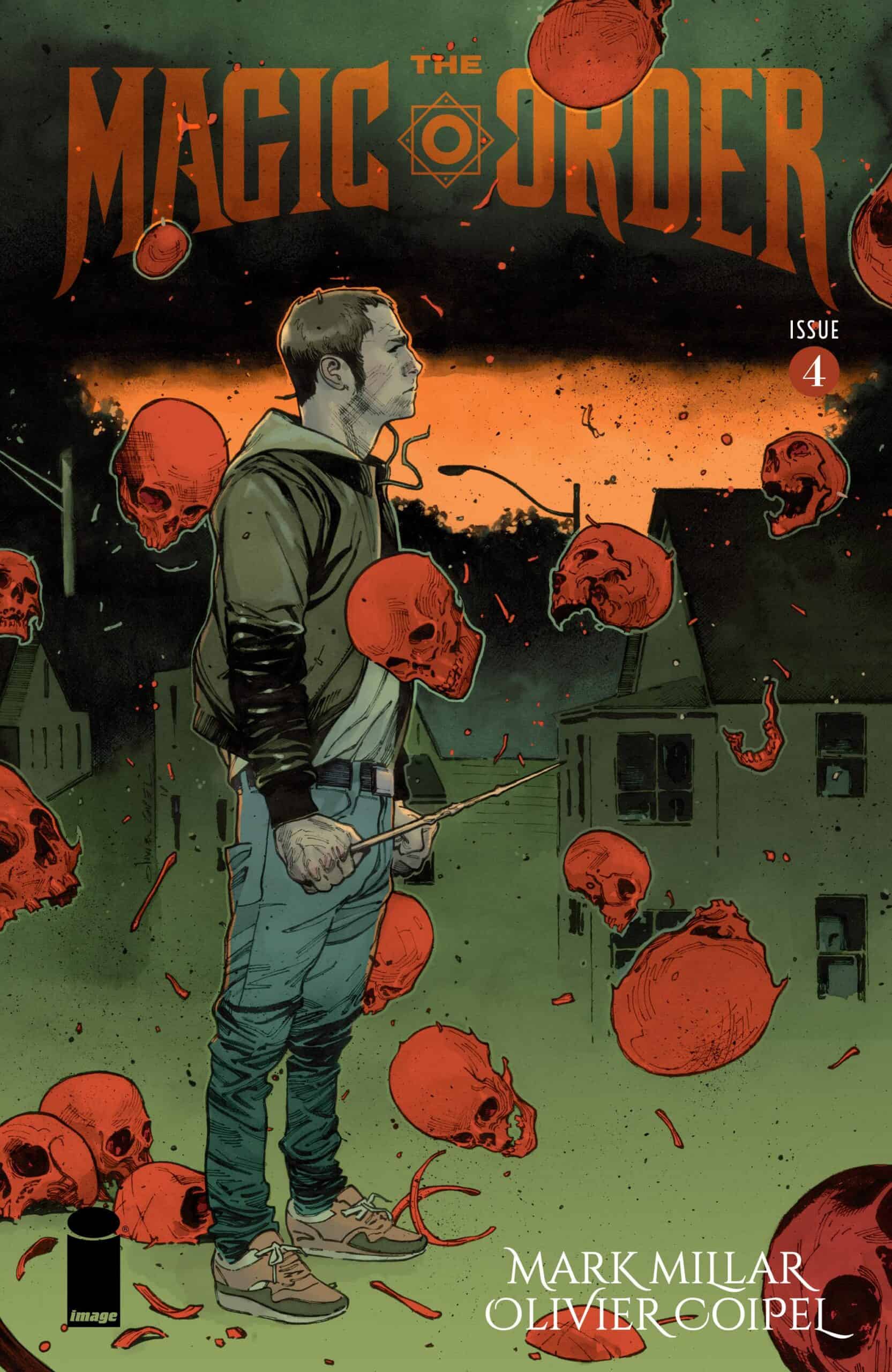 World War II, one of the darkest times in human history. The members of the inner circle of The Magic Order of the time gather together on the English coast to discuss how they can put an end to the massive bloodshed which has been World War II. The war is just a cover for the forces of evil (the nazi's) who are in the possession of the Oricalchum to complete a dark and terrible spell that will see them victorious. The circle which includes Bertie Moonstone as well as well as an Albany hatch a plan to retrieve the powerful book and avert a very dark end to the war. While discussing the plan Bunty Moonstone discovers a child hidden in the trunk of the car! A child from the future who Bertie gives a stern lecture to about time travel etiquette and use of the place that facilitates it and orders her home. The rambunctious child does as she is bid but not before leaving the somewhat bemused Moonstone her card as she disappears into the grey with the car...

Back in the present at Moonstone castle Cordelia Moonstone finishes recounting the tale to her brother Regan who in a fit of frustration attempts to destroy the Oricalcham but to no avail as the book is not destroyable. Uncle Edgar Moonstone who is "guardian" of the castle suggests they meet with madame Albany to call a truce which the frustrated Reagan and Cordelia agree to. 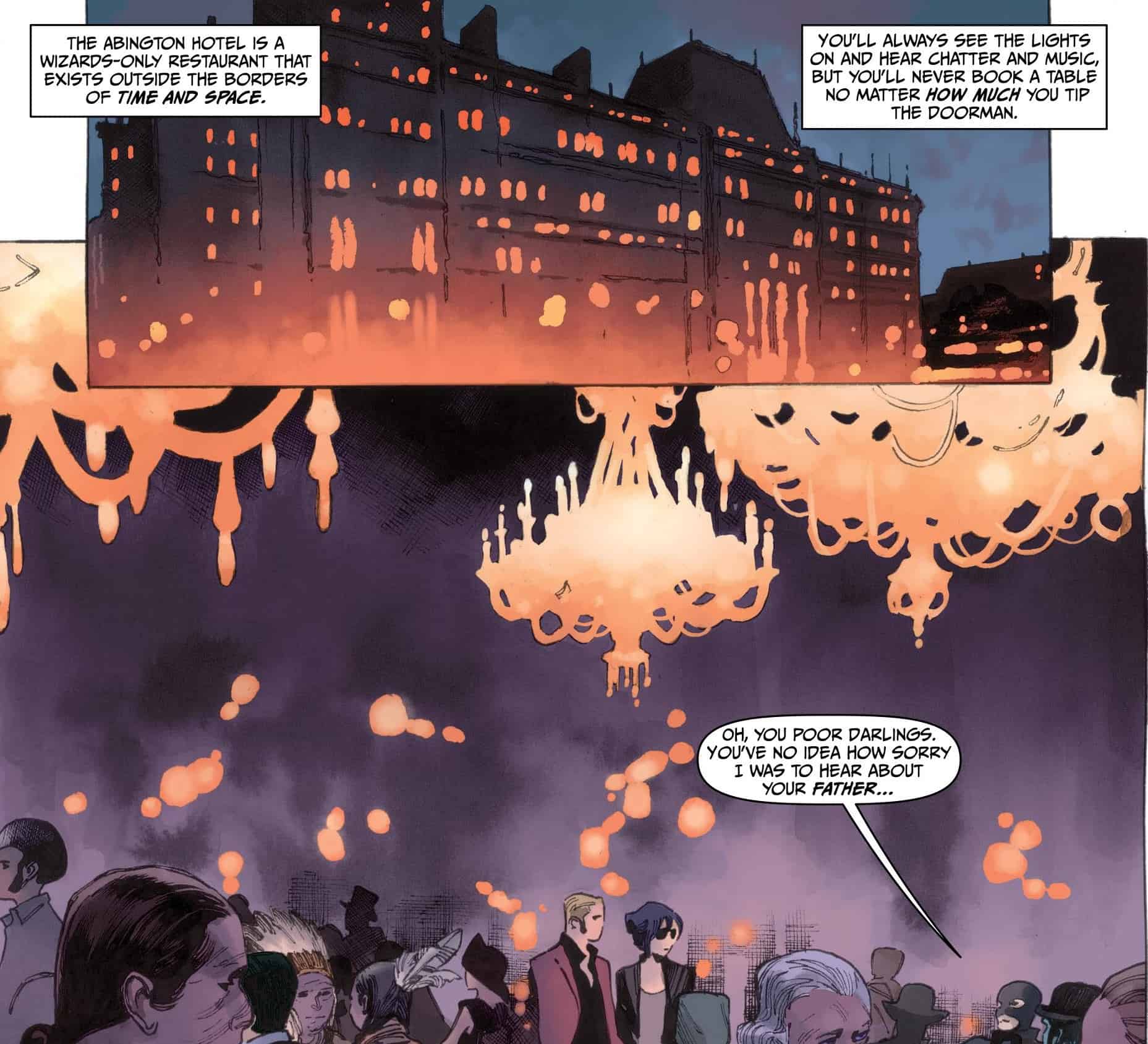 The Abington hotel a magical restaurant existing outside of the time and space yet touches all points in time is the scene of the parlay. The Moonstones meet Albany and the shape-changing Lord Cornwall to seek a truce but their attempt is ignored as Madame
Albany makes it clear that there will be no negotiation, only the complete destruction of the current order as it stands. She reveals further that Gabriel is next to die and that they know where he is and that the plan for his death is already in motion. The Moonstones race off to assist their sibling as Albany ironically toasts her long-dead father who happens to be in the restaurant but at another table scowling across at her, from another time.

Back in the world Gabriel Moonstone is heading home and talking to his wife Louise on the phone when he is confronted by a child from his neighborhood in the road. as he asks her why she is alone in the street without her parents the child ages before his eyes and turns to dust within seconds. the horrified Gabriel recognizes the threat... the Horogoblin has been set free! Gabriel is still on the phone (via a Bluetooth earpiece) and explains to his scared and confused wife that the creature steals time from you if it touches you as he races on foot toward his home ordering her to retrieve his wand as he takes a seemingly impossible magic leap into the air covering the remaining distance between himself and the house. Grabbing his wife and wand he immediately casts a spell that gives them a momentary reprieve. Then, leaving his wife at a safe distance, he leaps into the air to confront the creature head-on. Seconds later
the Moonstone siblings arrive on the scene asking Louise where Gabriel is as she shows them the battle raging in the sky.

Gabriel proves just how talented a magician he really is by emerging victorious in his confrontation with the Horogoblin managing to trap it again and after a brief moment of celebration at the victory, Regan asks what their response should be Gabriel is clear...It's time to hit back!

This is an exceptional comic book. Fanservice aside, every issue has brought and realized a clever, new and interesting magical concept in this world of unseen magicians. The idea of the Abington hotel and that of magicians being able to time travel via the place is excellently fleshed out in both the opening scene of Cordelia’s tale to the confrontation with Madame Albany herself in the actual hotel. Cordelia’s tale also gives us insight into past confrontations hinted at in the previous issues and seeing the 40’s Magic Order is a fantastic device to add weight and depth to the history of the order itself.

Millar’s writing is well balanced and this issue takes us through a full spectrum of emotion from the humor of Cordelia’s meeting her ancestor, Regan’s frustration and anger at their worsening situation, Albany’s malice and disdain for both the Moonstones as well as her own father all the way to Gabriel Moonstones resolve to turn the tide. The story moves at a brisk and fluid easy to read pace and I was disappointed to reach the end so quickly. The sense of urgent, worsening menace is balanced against the very human moments of a family of talented but flawed individuals fighting to survive. 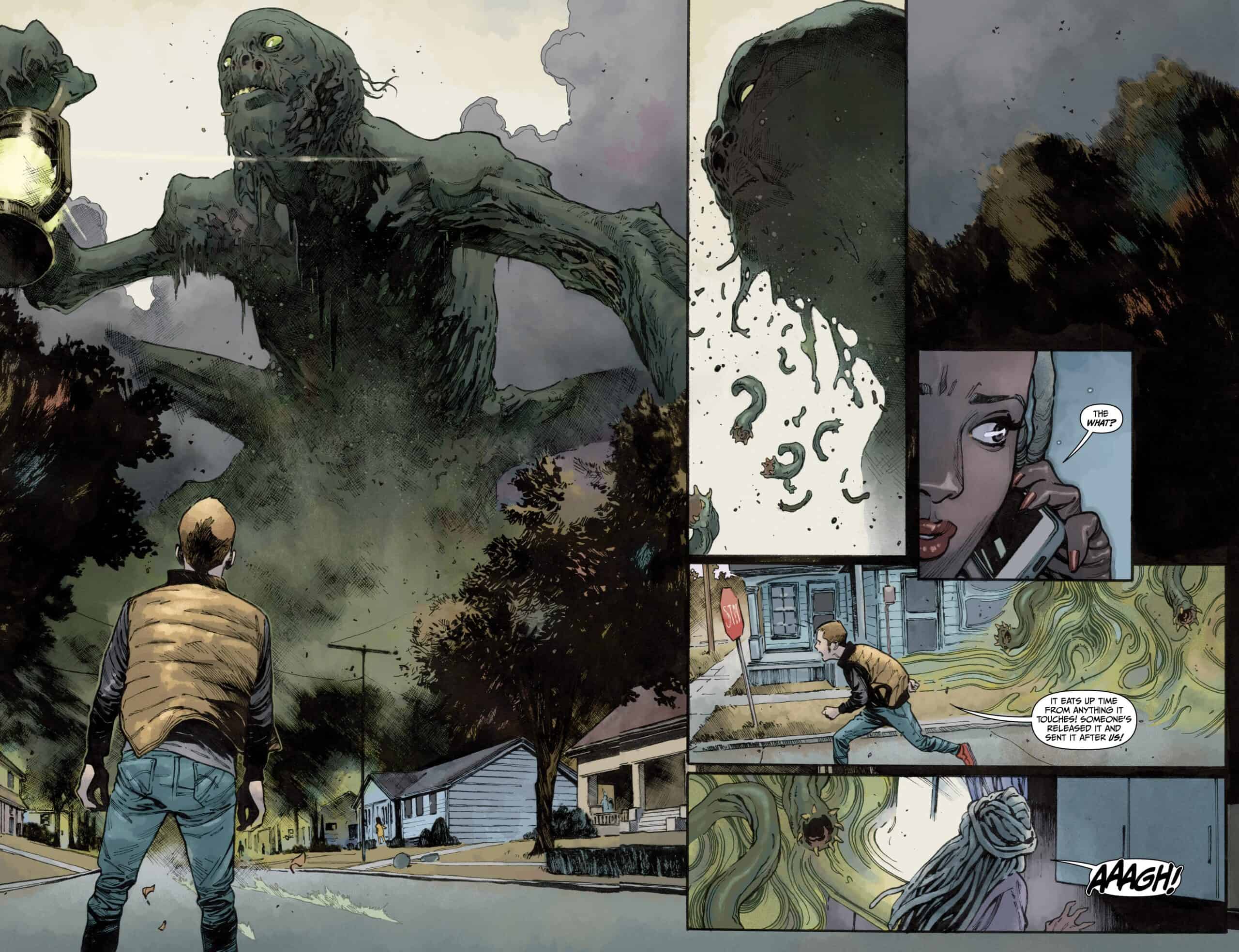 Olivier Coipel is an outstanding artist and the big scenes are breathtaking, eye-popping and combined with cinematic like paneling make the comic a slick read but for me personally its small things like the perfectly coiffed hair of the ladies of the 40’s Order that made me come back time and again to paw over the pages. Looking at details like water crashing against white cliffs, rain dripping off faces, sandaled feet in the road and smoke coming out of Albany’s mouth as she promises the end of house Moonstone. All of this is moodily colored by Dave Stewart who’s use of color is almost an organic creature in and of itself, perfectly accentuating Coipel’s art and adding emotional scaling to each panel. The lettering and dialogue fit in perfectly one each page making the issue a seamless cohesive whole with amazing detail that you need to look at twice to appreciate.

It's a perfect 10 for this issue and it's completely deserved. Everything about this issue works. The art, coloring, and writing combined with the excellent paneling and layout make this book an absolute joy to read. With only two chapters left to go we seem to have reached the "turning of the tide moment" in the tale and it will be interesting to see how Millar starts to wind, what has been a very engaging yarn from the very first issue, up and if there are any surprises coming our way in the last two chapters.

I thoroughly enjoyed this chapter in the series and cannot wait for the next.