The Magic Order #5: The Power of Loss and Grief 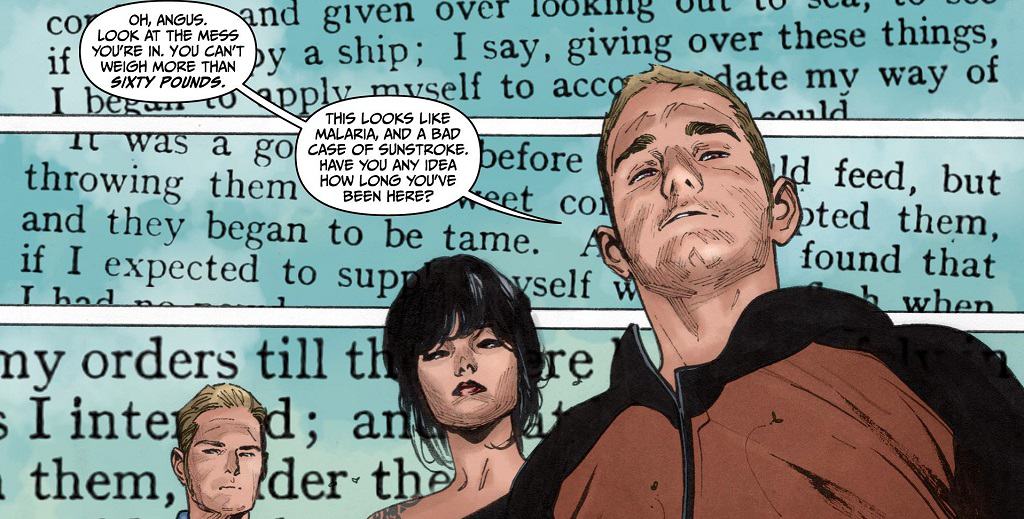 The Moonstone siblings have decided to take the fight to Madame Albany but before they can they need to learn the location of their
adversaries hide out by leaning rather heavily on one of Albany's minions using magical means.

What an issue! Millar has very cleverly lead us to this point like a magician himself using the tools of misdirection and distraction to have us view all the characters in a certain light. I had a suspicion there was a twist coming but I didn’t realize the lengths Millar would go to pull the illusion off, which he does masterfully and when the twist is revealed it’s a gut punch perfectly timed and placed. It is a deep and painful message about the power that grief and loss can have and the lengths that people will go to alleviate that suffering. 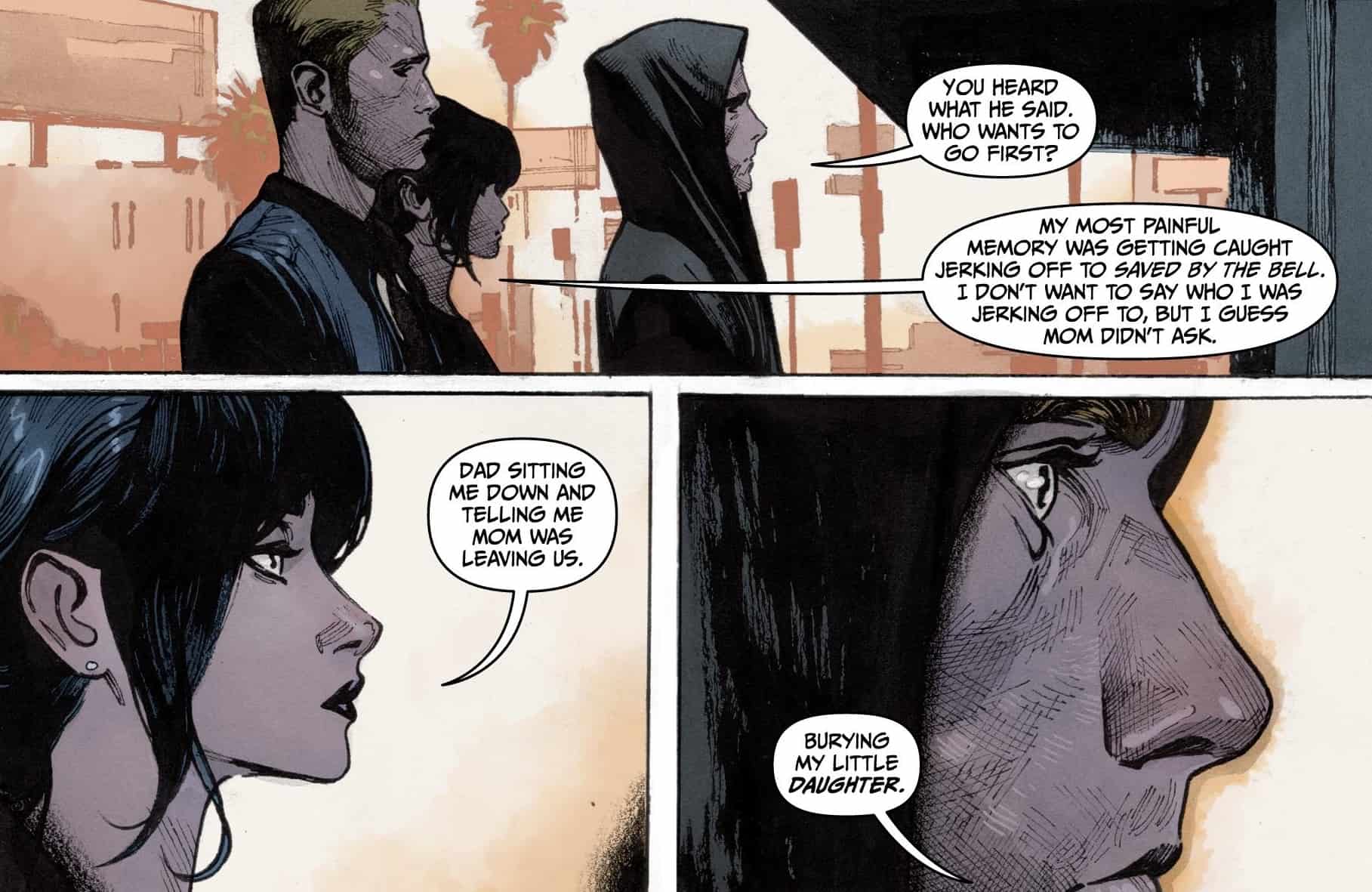 The magic spells that Millar has come up with for each issue are brilliantly fresh and this issue is no exception as I will never look at Robinson Crusoe or The Island of Dr. Moreu the same again!

The art is once again pure magic and Coipel’s beautiful lines are gorgeously enhanced by Dave Stewart’s masterful mood coloring which is quite literally perfection in every single panel. I say this nearly every time I review an issue but the beauty in the details makes me go back to look at things like the look that Regan and Cordelia exchange when Gabriel voices his most painful memory to gain access to the dark dimension that houses Albany’s lair or the shadows playing across Albany’s profile as she sits in the dark in front of a static-filled television. 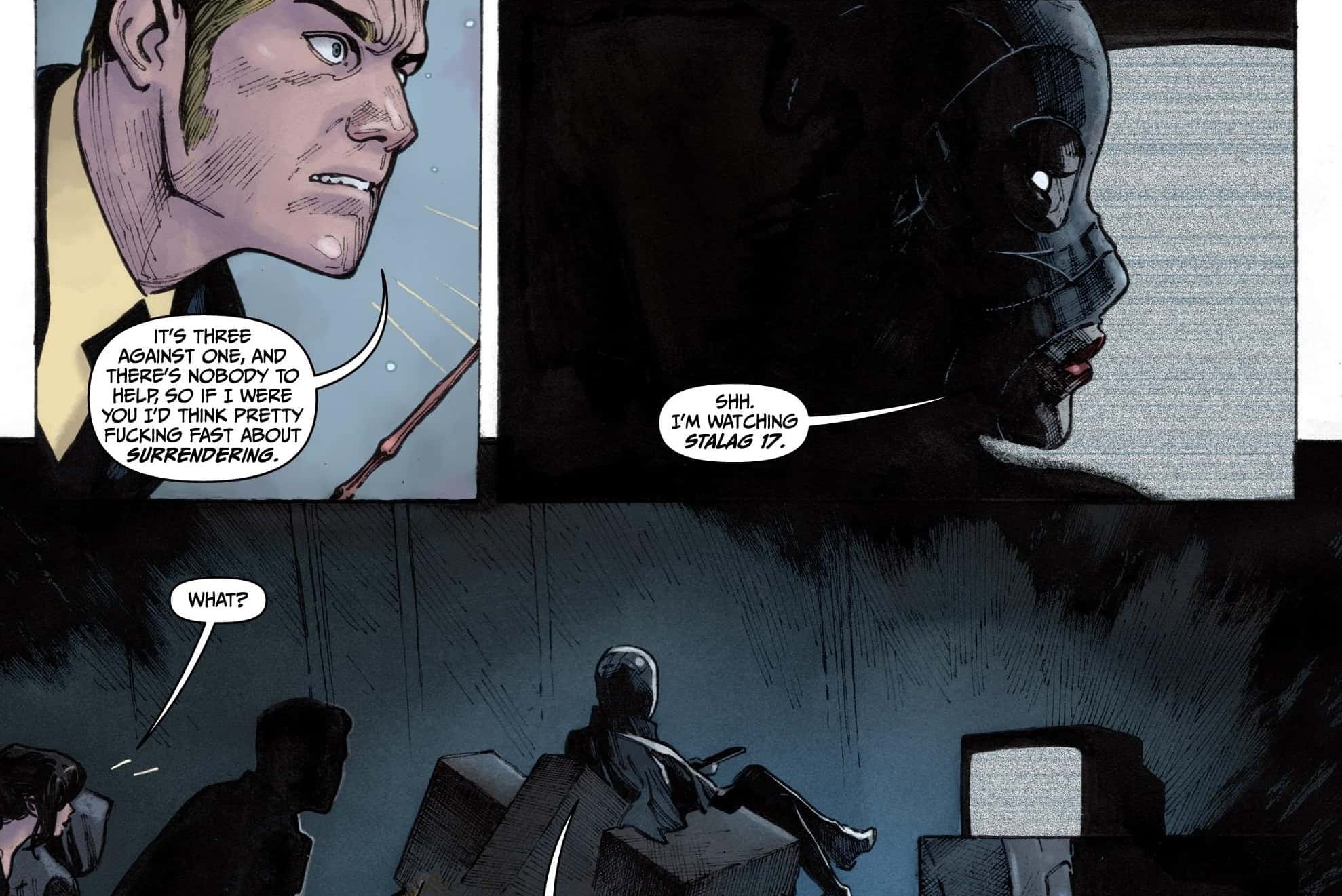 There’s a beauty and completeness about almost every panel that I deeply enjoy. Peter Doherty’s lettering is well placed and never interferes or detracts from the imagery itself. It’s once again a cohesive masterclass effort that is impressive from start to finish

A shockingly good fifth installment with a twist and reveal worthy of the greatest stage magicians makes this the best issue yet from a story point of view as Millar leaves us with a cliffhanger going into the final issue. This issue twisted my guts inside out! Pure magic!

The Magic Order #5: The Power of Loss and Grief