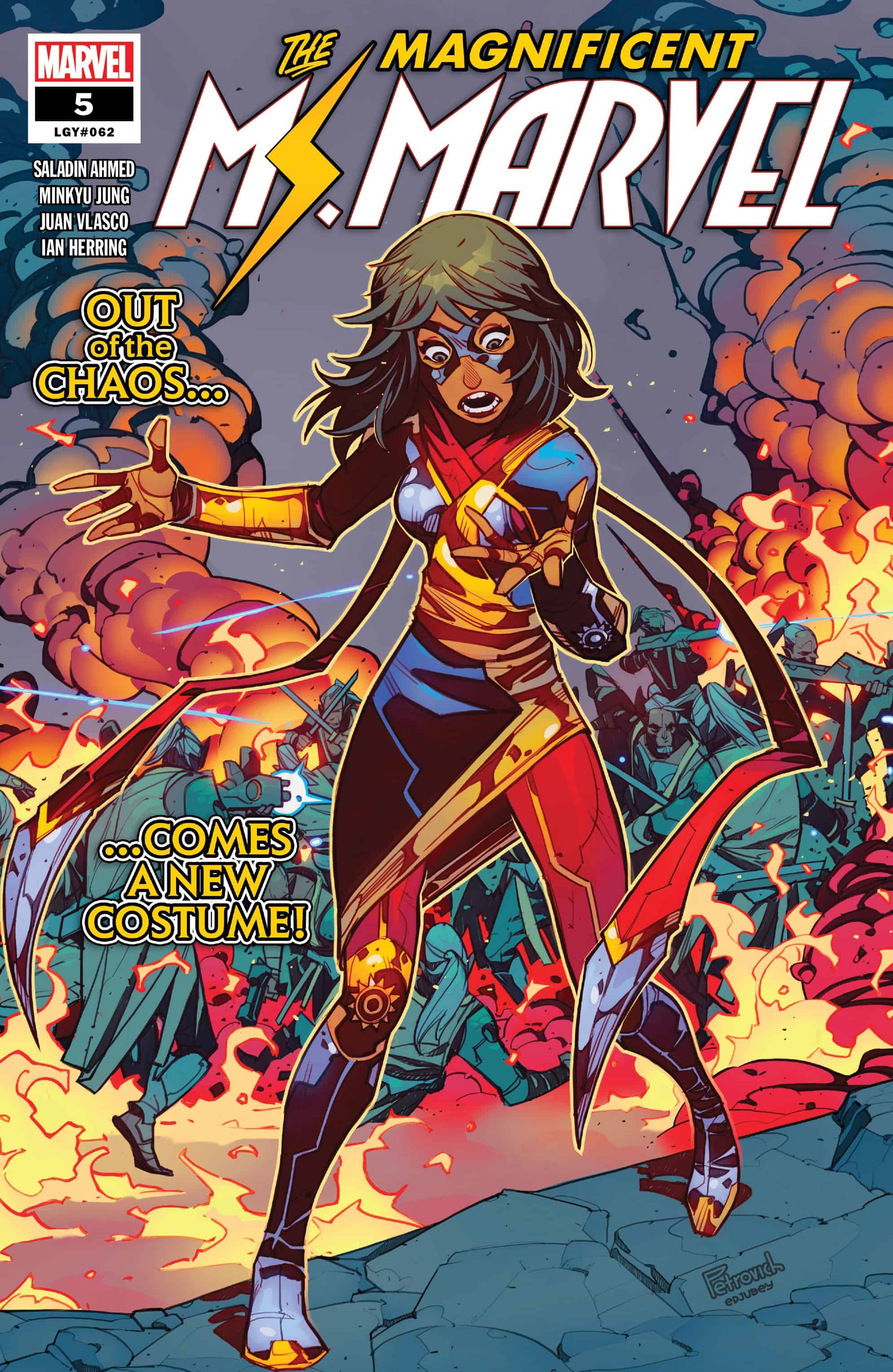 Ms. Marvel reaches the explosive finale of her adventure in space and finds her life — and her costume — forever changed! Victory comes at a cost, and when it comes to paying up, Kamala may not have much choice in the matter… PLUS! Kamala gets an AWESOME NEW COSTUME!

Writer Saladin Ahmed and the explosive creative team behind The Magnificent Ms. Marvel bring the first arc to a close in issue #5, a near-perfect coalescence of heart, action and surprise. Truly an excellent experience! 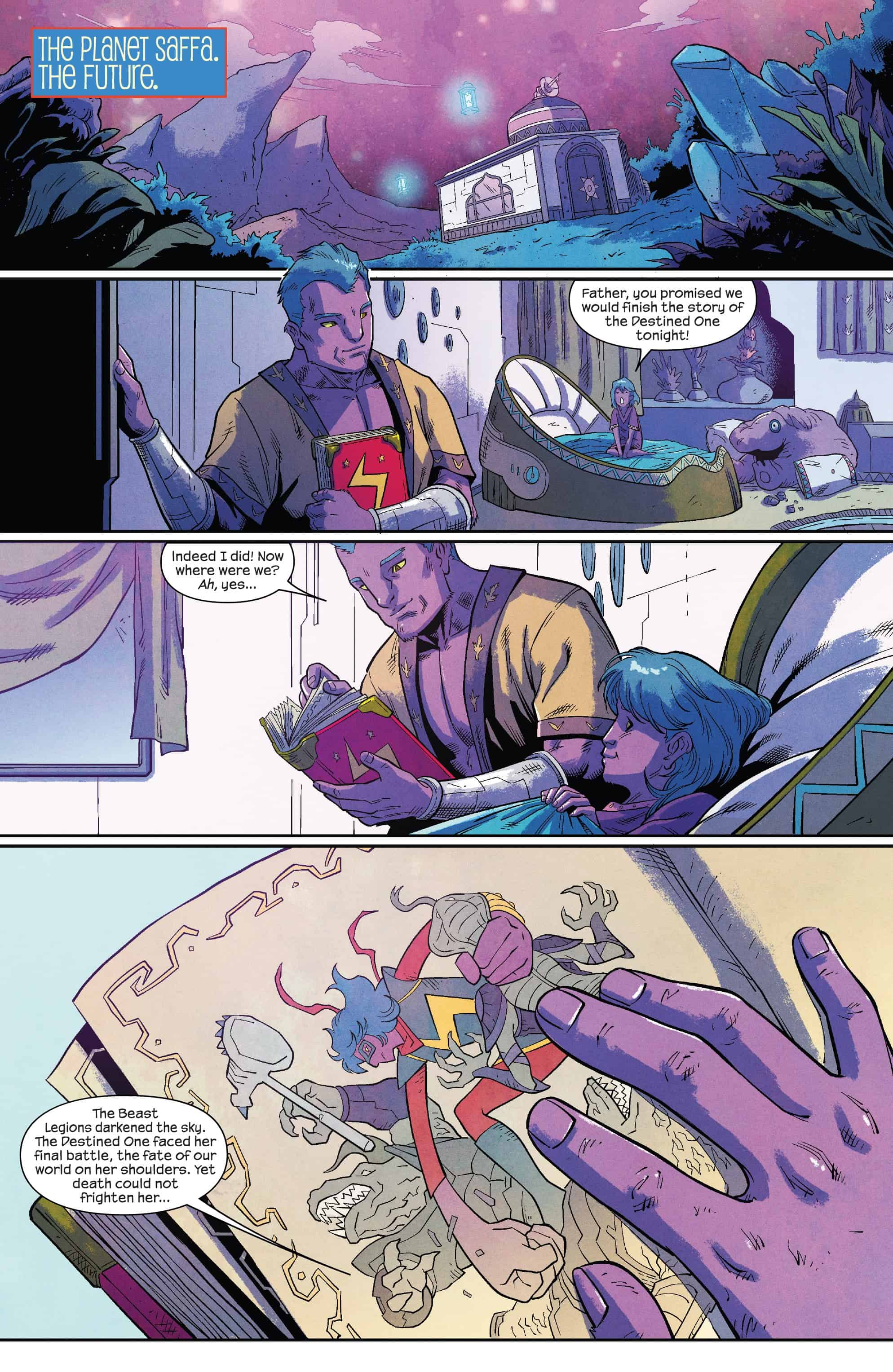 The first arc in Ms. Marvel’s first ongoing series after the departure of famed writer G. Willow Wilson proves that this is a character who can stand the test of time. Each issue has been packed full of action and intrigue, culminating into a finale that uses every narrative thread in a satisfying way. We finally come to a resolution about the ongoing alien world war and it was undoubtedly worth the wait. The Kree connections were an exciting revelation that suited the introduction of Ms. Marvel’s new costume magnificently well…*wink*

The artwork compliments the story in such a unique way, delivering both a genuine Ms. Marvel aesthetic while also bringing in beautifully depicted sci-fi elements. The action sequences were engaging and the character work conveyed so much emotion, it was just a thrill to read.

Rarely does a full arc reach its conclusion without at least one less than outstanding issue, but this one has proven to be consistently great. It’s a delight to see a character with such potential be utilized in a way that both pays homage to what made her work so well and also introduce entirely new and compelling dynamics.

The artwork from Minkyu Jung, Juan Vlasco, Ian Herring and Joe Caramagna feels like it is the result of a team who fundamentally understands both this character and the nuances of the story. It is intricate and vividly colored, but more importantly, it doesn’t get lost in the explosions and flashing lights of this wildly sci-fi adventure. We see the emotional toll this experience is taking on Kamala and her parents, and the conflict her presence has brought to this alien world. This is top-notch work. 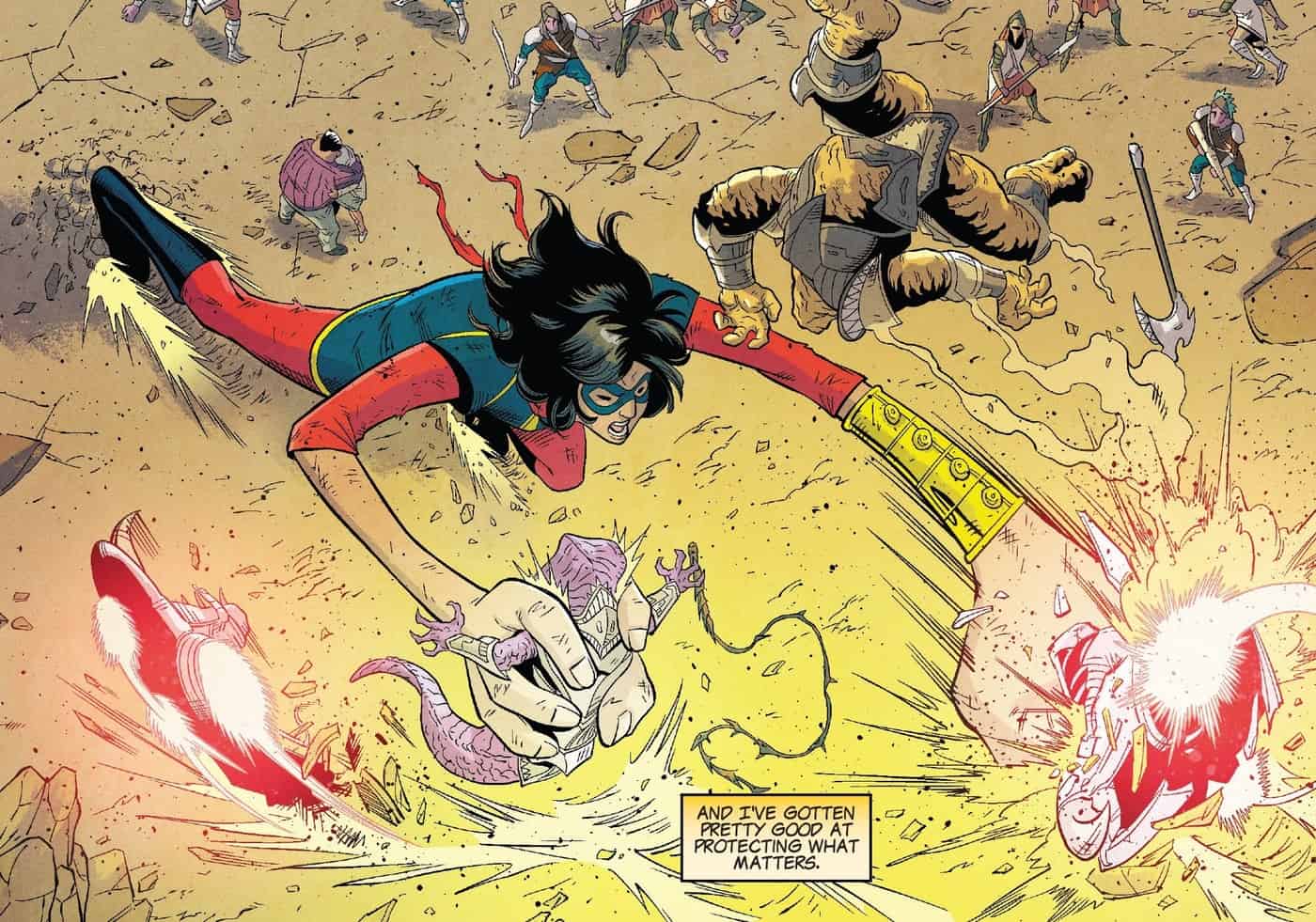 If there are any issues in The Magnificent Ms. Marvel #5, they are minor and really not even worth mentioning. This has been such a thrilling ride full of ups and downs, and despite such a happy resolution to the alien’s world war, we still end the issue with a shocking cliffhanger that casts a cloud over everything accomplished. It’s this type of dramatic storytelling that makes this series a can’t miss read every single month.

This will absolutely be a can’t miss collected trade when it inevitably releases. Do yourself a favor and read the arc in its entirety!

'The Magnificent Ms. Marvel #5' is a near-perfect coalescence of heart, action and surprise, proving why this is one of the best ongoing series on the shelves today.