THE MASK: I PLEDGE ALLEGIANCE TO THE MASK #1 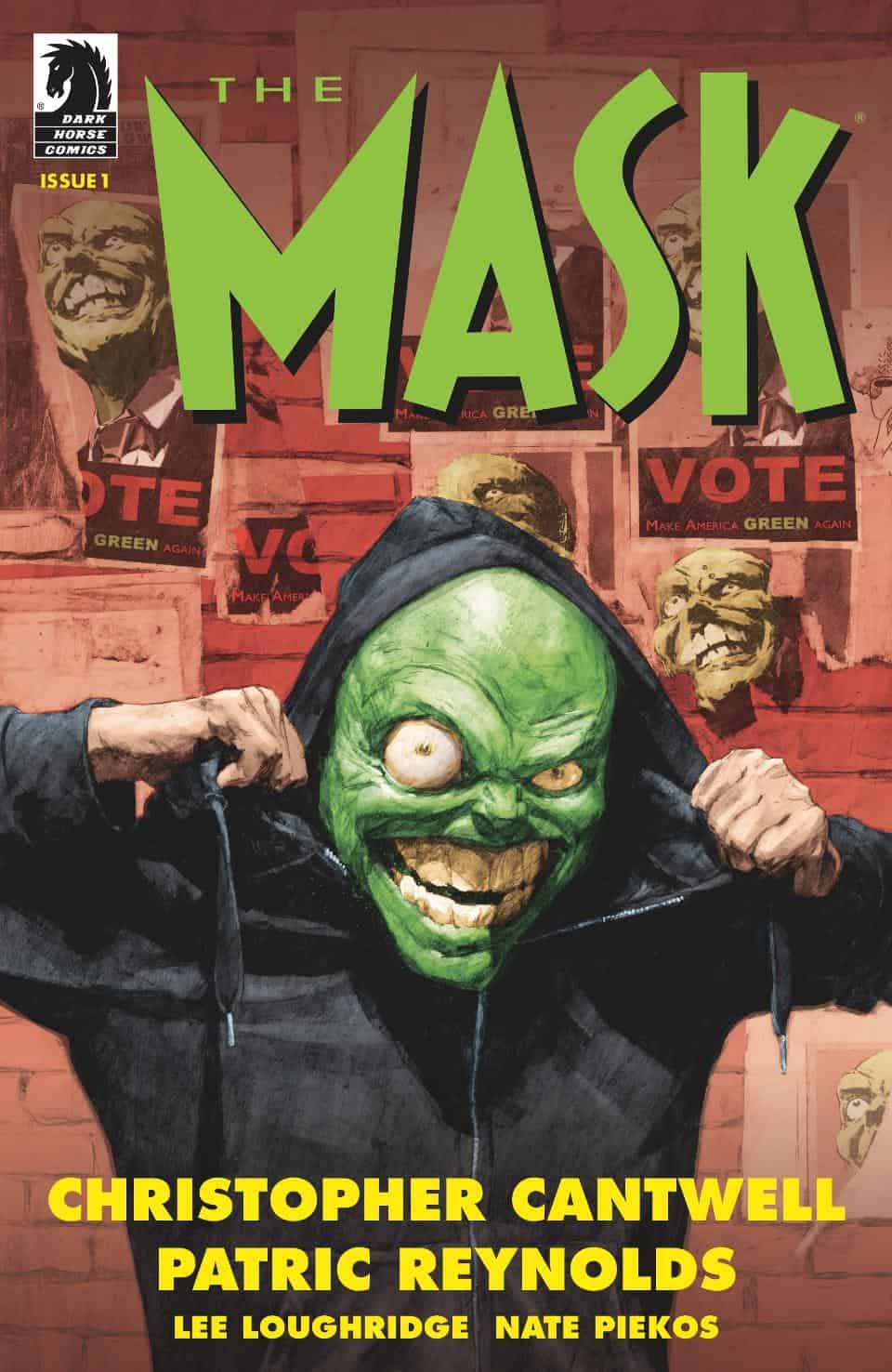 The best-selling comic series that inspired the blockbuster film returns with gruesome hilarity from the showrunner of AMC's Halt and Catch Fire and Hellboy's Patric Reynolds.

Years ago, a weird mask of unknown origin and limitless power was buried in the cement of an apartment building's basement floor. Edge City and its residents have all but forgotten the mysterious green-faced killer known only as ''Big Head.'' But now, decades later, the bizarre Tex Avery-style killings are happening all over again and are on a collision course with a bizarre political campaign where a homicidal maniac wants to ''Make America Green Again''!

The Mask is BACK!

Those familiar with the hit 1994 film featuring Jim Carrey will want to brace yourselves, because this one is going back to the original comic roots to deliver a wildly thrilling experience that will have your jaw on the floor. 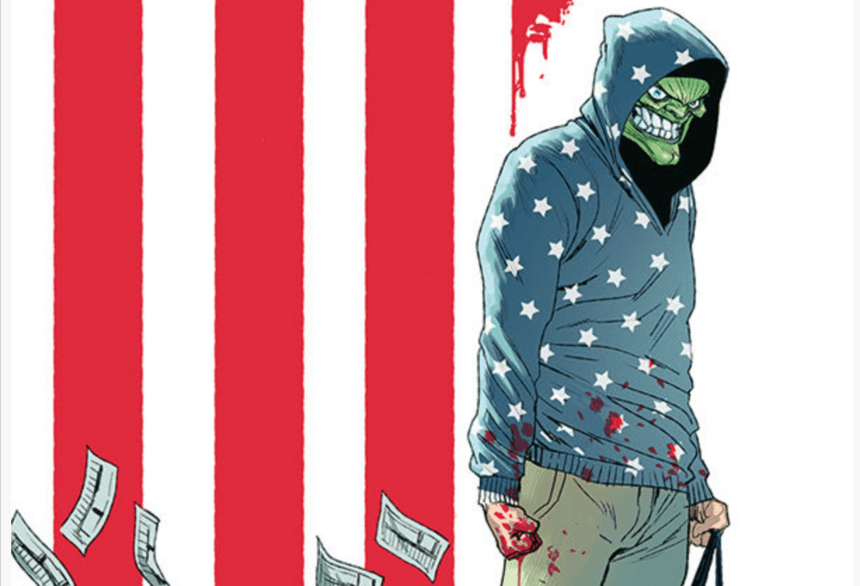 The Mask: I Pledge Allegiance to the Mask #1 is a return to the dark form found originally in the comics, but it is also a fresh new story that is great for new readers wanting to get in on the mayhem. It touches on all the important elements needed to catch readers up to speed before delving into a political drama poised to turn severe at any moment.

The somewhat shocking nature of the story is ultimately the element that contributes the most to this issue’s success. The Mask is notorious for essentially removing any moral hangups that might be impeding the character’s path of destruction, so what we find in the pages of I Pledge Allegiance to the Mask feels like a natural progression, especially given the world we live in today. It isn’t simply for shock value; there is an underlying sense of insanity that sheds insight on real-world influences remarkably well.

The artwork from Patric Reynolds and Lee Loughridge suits the story almost perfectly, giving both gruesome depictions of violence and engaging character expressions, which helps to balance the reading experience. The overall aesthetic is unique but lends itself towards the mysterious yet brutal atmosphere surrounding the weird mask. With consistently strong letters from Nate Piekos, the visuals prove to be one of the strongest points in the book.

The narrative structure feels a bit scattered at the moment but considering it is the first issue in a brand new series hoping to introduce this franchise to a new audience, there was a lot riding on it. Luckily, the creative team achieves a solid book that will undoubtedly have me coming back for more. It’s politically irreverent and packed full of dark humor, setting up a series that is certainly unlike anything on shelves today.

THE MASK: I PLEDGE ALLEGIANCE TO THE MASK #1 is a return to the dark form found originally in the comics, but also a great jumping on point for readers wanting to jump into the mayhem. It's irreverent and packed full of dark humor, setting up a series that is certainly unlike anything on shelves today.