The Me You Love In The Dark #1: Kindred Spirits

The Me You Love In The Dark #1 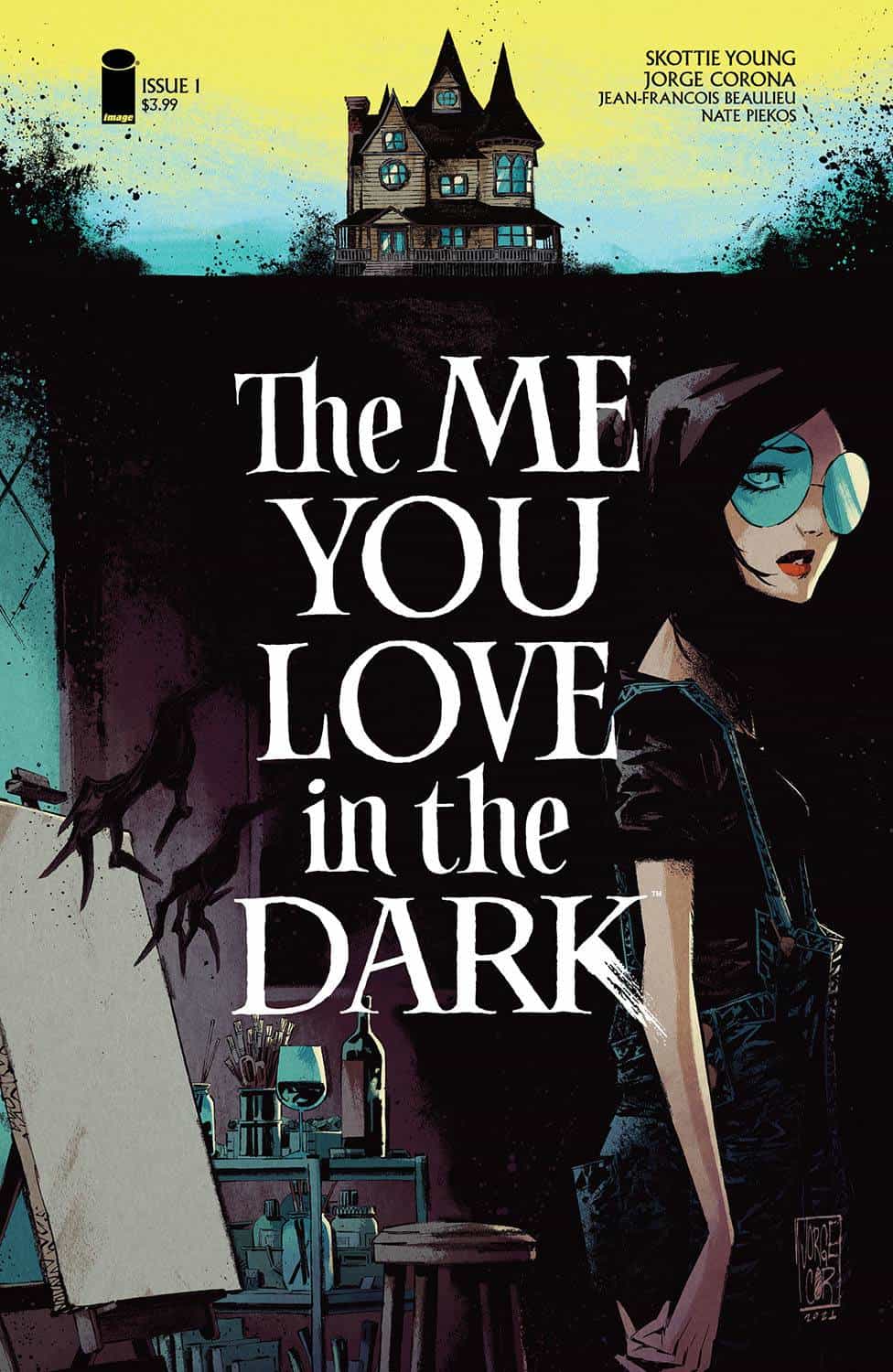 An artist named Ro retreats from the grind of the city to an old house in a small town to find solace and inspiration without realizing the muse within is not what she expected.

Following the success of dark fantasy comic Middlewest, it comes as no surprise to find that the same creative team — writer Skottie Young, artist Jorge Corona, colorist Jean-Francois Beaulieu, and letterer Nate Piekos — are creating something both haunting and memorable with their new ghost tale The Me You Love in the Dark. Artist protagonist Ro has fled to a small town to seek inspiration for her paintings: by living alone in a haunted house. The dialogue is mostly one-sided as Ro talks to herself and to a ghost she isn’t certain is there. It may be hard to see one-sided dialogue working well, but Young makes it look effortless. As Ro sits in front of her canvas with a scratchy record playing, wine in hand, and golden light pouring through a window, it’s easy to be drawn into her world. The first issue functions atmospherically and plays to familiar fears. One fear is familiar to most people: being alone (and perhaps not being alone); and the other is perhaps more familiar to artists and writers (no doubt the book’s creative team included): the fear of creative block. Its horror, for now, is the goosebumps-on-the-back-of-your-neck variety: the sort any good ghost story ought to have. It’s driven by the chill of a draft through an old house and the fear you may not be as alone as you think. 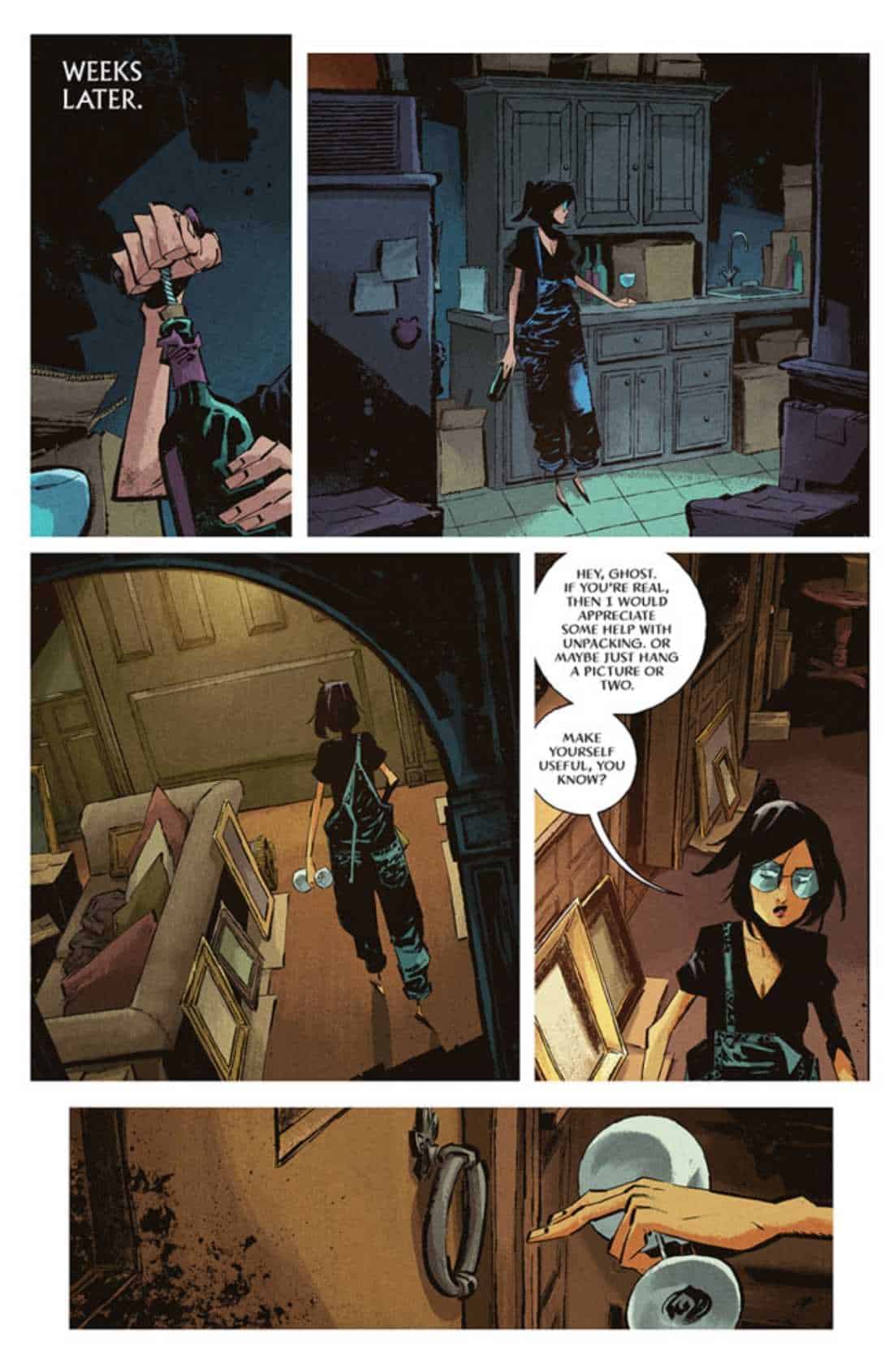 The success of a good haunted house story relies on something the first issue of TMYLITD shows its creative team understand: the house must be (to some extent) a character. The creaky turn-of-the-century house where Ro takes up residence feels in many ways as elemental to the tale as Ro herself, or the ghost she hopes will inspire her. The comic’s credits include a credit to David Stoll, who created a 3D model of the house, which Corona references throughout. While TMYLITD may be the tale of an artist at odds with artist’s block, it seems evident that the creators aren’t suffering from the same problem. Corona’s linework oozes personality: it’s finessed when architecture gets concerned, but grittier and energetic when people are involved. Ro’s frustrated and uncertain charcoal drawings in the comic take on a quality all their own, which itself is a testament to Corona’s skill. The world of TMYLITD is even more fully brought to life by Beaulieu, who fills every page with golden shafts of light, overcast stormy skies, and the long shadows that always seem to populate old houses. Beaulieu takes a comic that could otherwise feel too stark and makes it feel like curling up under a blanket in September as afternoon slips into evening. 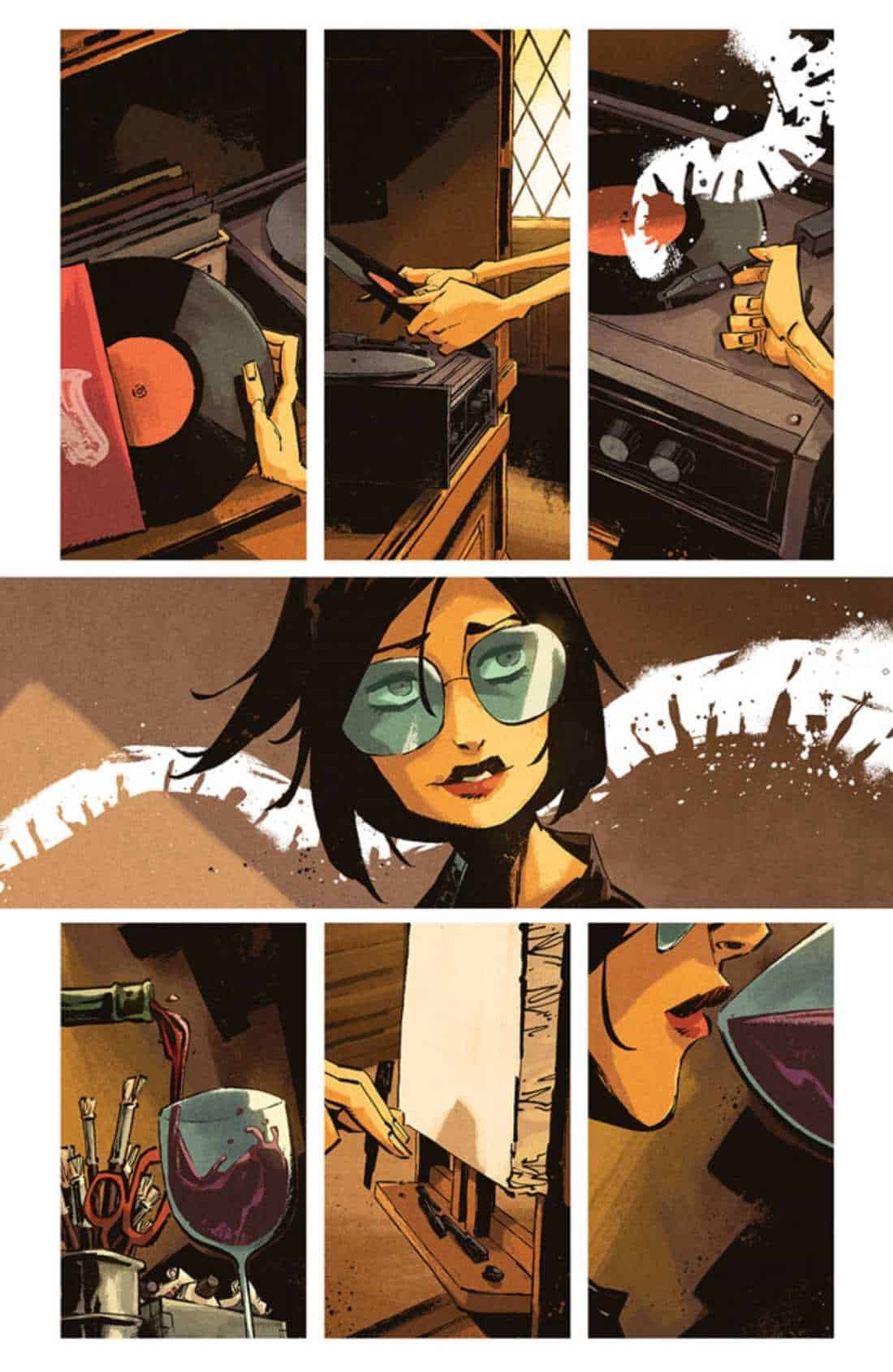 The cover, meanwhile, perfectly captures a shadowy and ominous moment that encapsulates the book’s chilling and atmospheric mood. Even the book’s heavily-serifed logo with its unfinished final letter feels reminiscent of not just old pulp horror but the narrative’s art focus and the creaking Victorian edifice where the tale takes place.

The Me You Love in the Dark #1 is a chilling tale driven by familiar fears: ghosts and creative block. While the artist-protagonist may feel insecure, the comic’s creators seem more inspired than ever.

The Me You Love In The Dark #1: Kindred Spirits