The Me You Love in the Dark #5: Art, House, Horror

The Me You Love in the Dark #5 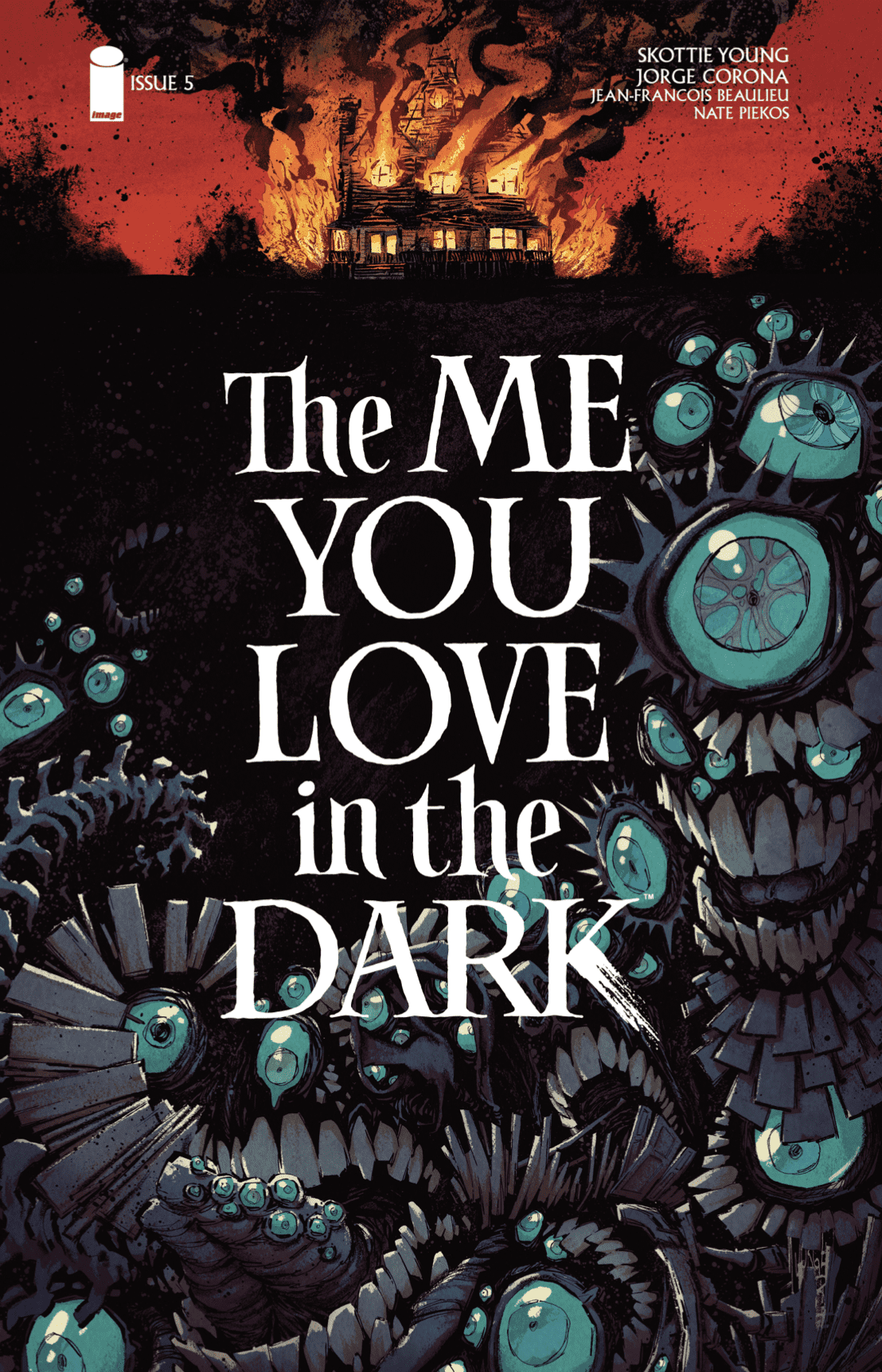 Ro can no longer ignore the connection she feels to her unique housemate—or the extreme and intense danger that relationship could hold for her.

While The Me You Love In The Dark began at a slow pace (and even had its cozy moments), the finale is fast-paced and dripping with dread. With the murder of Ro’s gallery curator, the fourth issue moved the comic from horror to overt terror — the finale revels in the change. From start to finish, The Me You Love In The Dark is a work its entire creative team ought to be proud of. 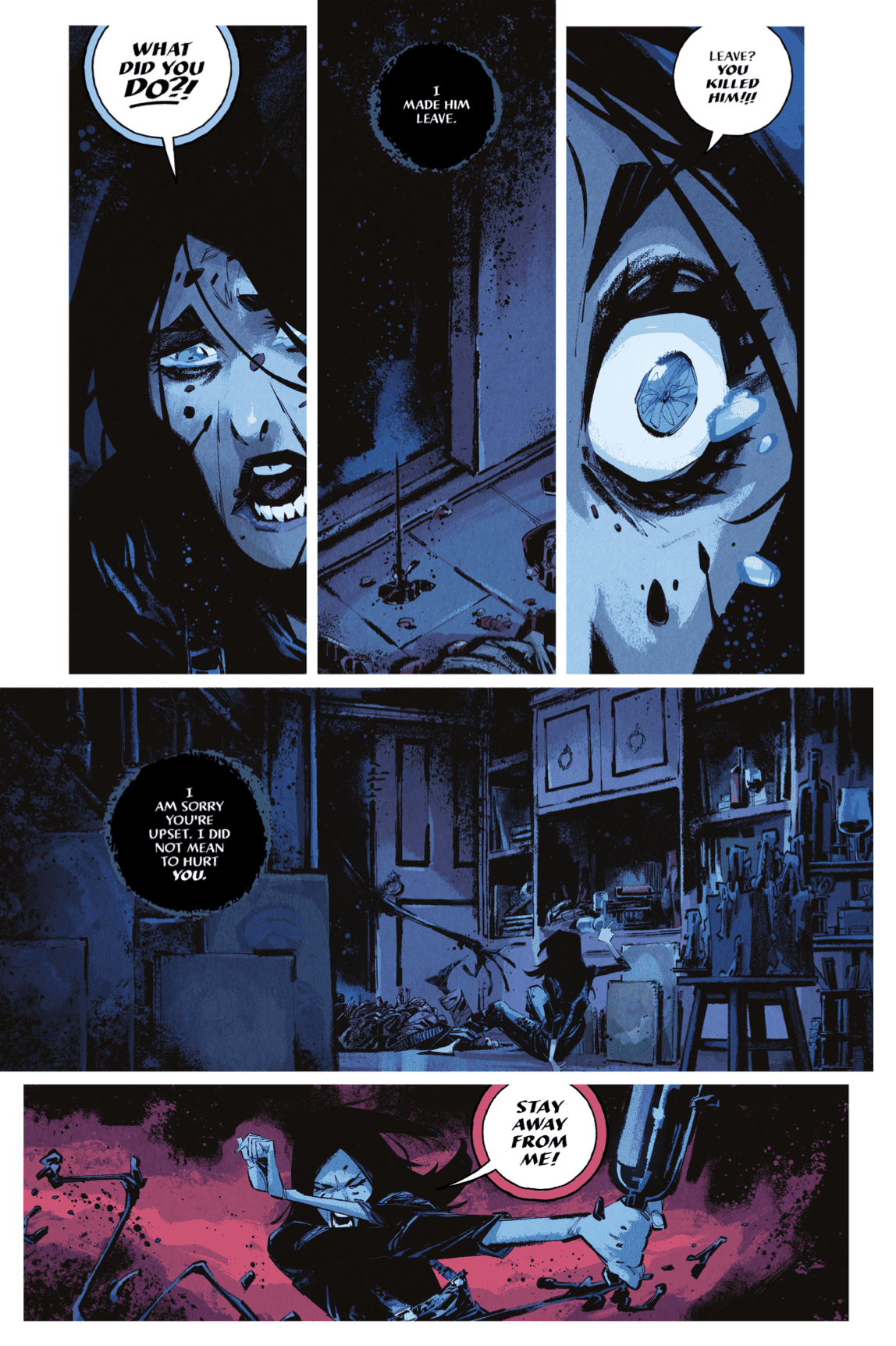 Over the course of the comic’s five issues, Ro has been constantly caught between her artwork and her blossoming romantic relationship with the entity haunting a Victorian house. For artists, Ro’s struggles are certain to feel familiar: she has difficulty with art block and with negotiating the boundaries between freelance work and her personal life. However, it’s also those struggles that lead to the book’s deeper layer of horror.

Jorge Corona’s unique character design for Ro’s Eldritch Boyfriend (who is never named) has always felt like an overwhelming, oppressive, otherworldly presence in The Me You Love in the Dark. Corona frames panels so that they rarely encompass the whole of the Eldritch Boyfriend, with Jean-Francois Beaulieu’s colors often obscuring even more. Yet, the Boyfriend’s presence feels pervasive and inescapable as if an arm might reach down from any corner in any room. 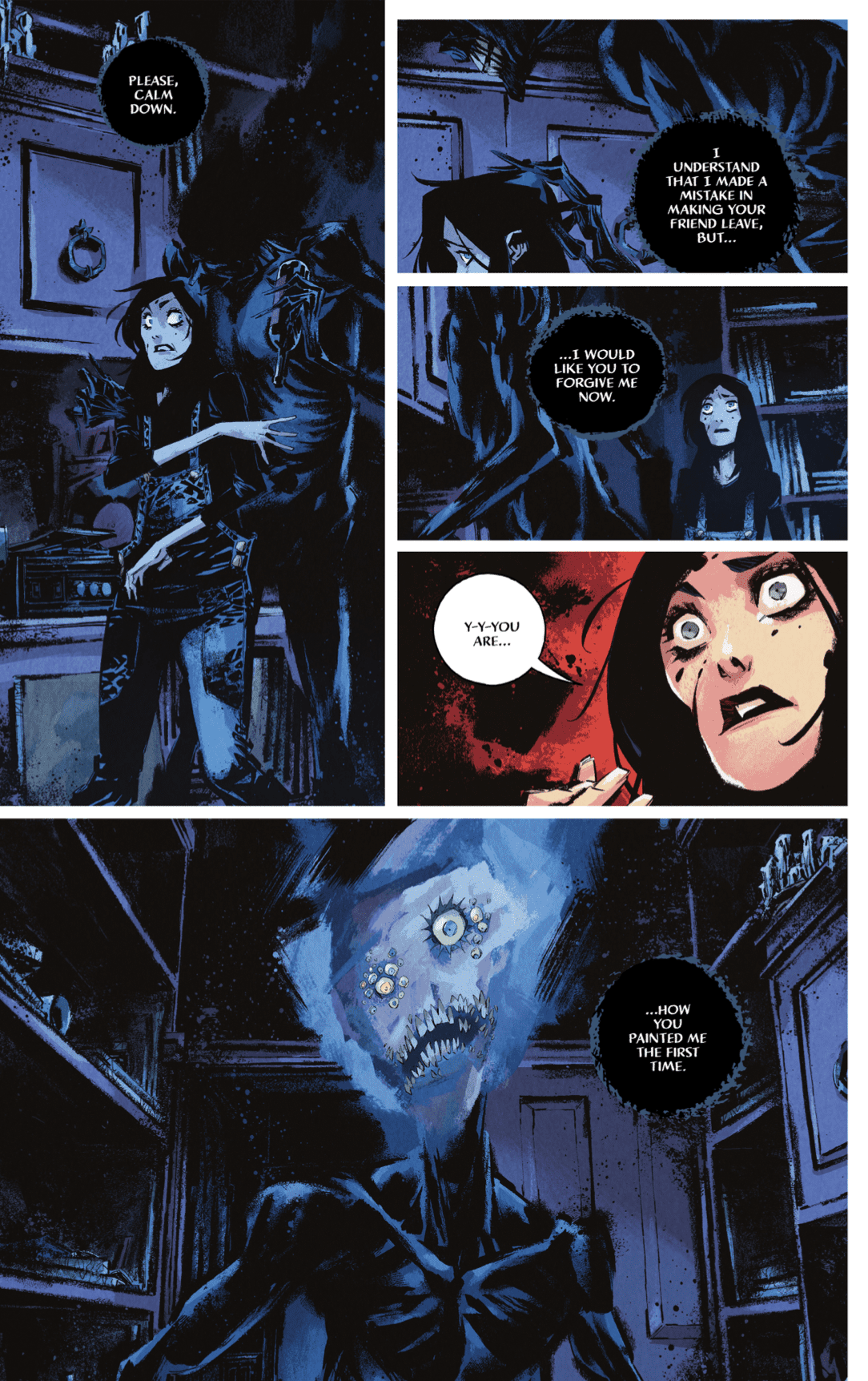 However, what makes him equally if not more horrifying is that his treatment of Ro is unquestionably abusive. Skottie Young’s dialogue for Ro’s Eldritch Boyfriend, rendered hauntingly by letterer Nate Piekos, is just as monstrous as the Boyfriend’s appearance. Each time he speaks, it’s — now more obvious than ever before — to manipulate her. He uses the language of care, talking about how he never intended to hurt her (he asks consent, so he can’t be bad… right?). Nonetheless, he demands her forgiveness, hurts others, and continuously disrespects her desire for alone time. While there may be a seed of truth in some of it (she has buried herself in work), the viscera of the gallery curator covering the floorboards and Ro’s Eldritch Boyfriend’s attempts at control are both more blatant than ever.

Just as the comic’s final cover promises, The Me You Love in the Dark ends with one of the most classic of gothic romance tropes: a house fire. The final scenes of the comic are mostly silent, allowing the artwork of Corona and Beaulieu to take centerstage. (Beaulieu makes pages glow when once they were murky and blue.) The burning of the house may be a traumatic moment, but in Ro’s case finally allows her to be free as the “love” of the title is finally shown for what it is: abusive and unable to survive in the light.

The Me You Love in the Dark #5: Art, House, Horror