The Nice House on the Lake #2: Why Did He Pick Me?

The Nice House on the Lake #2 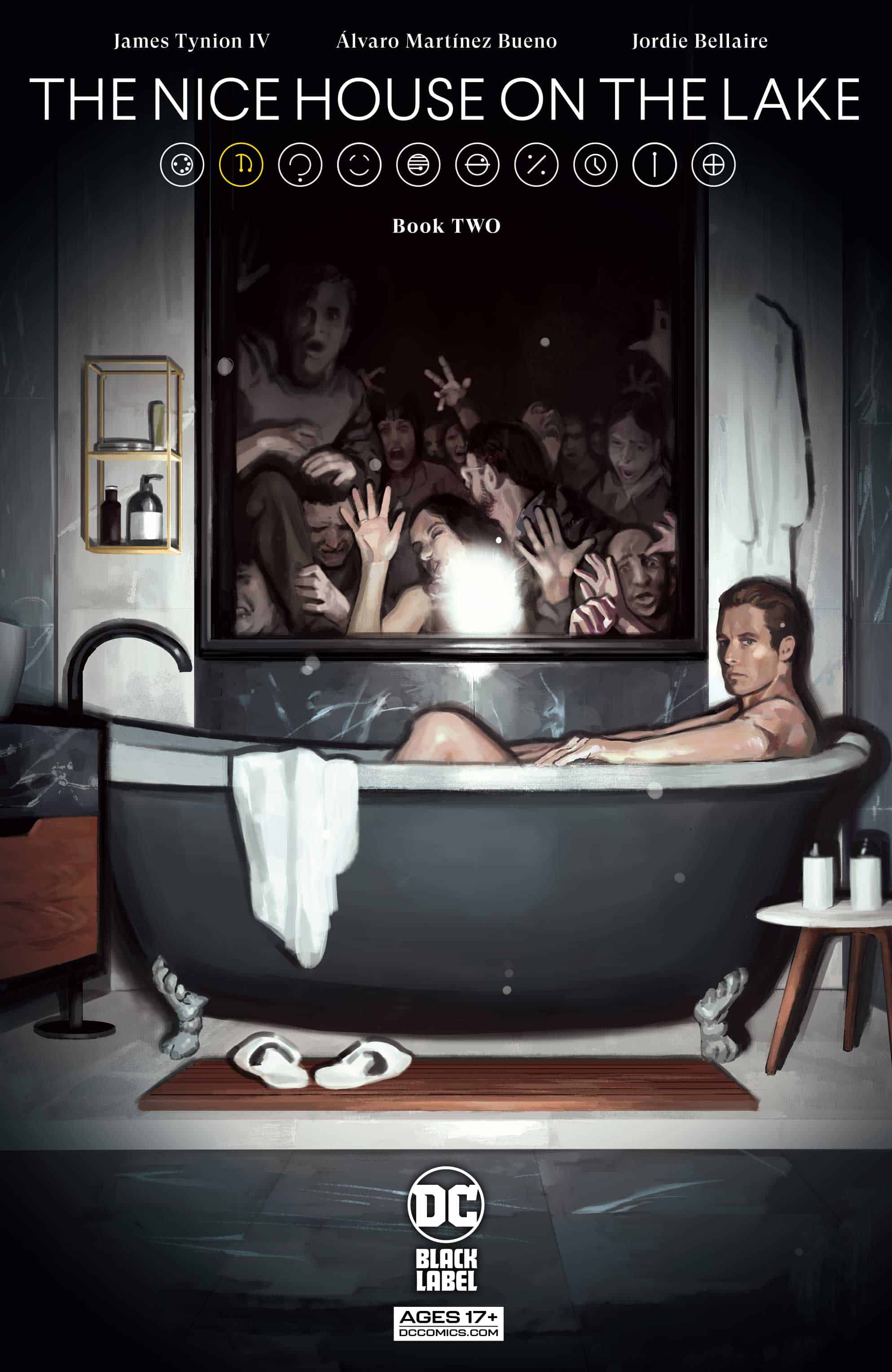 After the life-changing events of the previous issue, the guests at the nice house on the lake must decide their next steps-but there's not exactly perfect agreement about the situation. Who among them is ready to walk out the door? And who is content to simply...float?

The first issue of what DC is calling the next big thing in horror with The Nice House on the Lake was a riveting spiral into apocalyptic proportions that left all of us on a cliffhanger designed to have us coming back for more. In the second issue of this brand new series, we get a taste of what exactly we are all coming back for. Does it live up to the promise of such a wildly interesting premise? 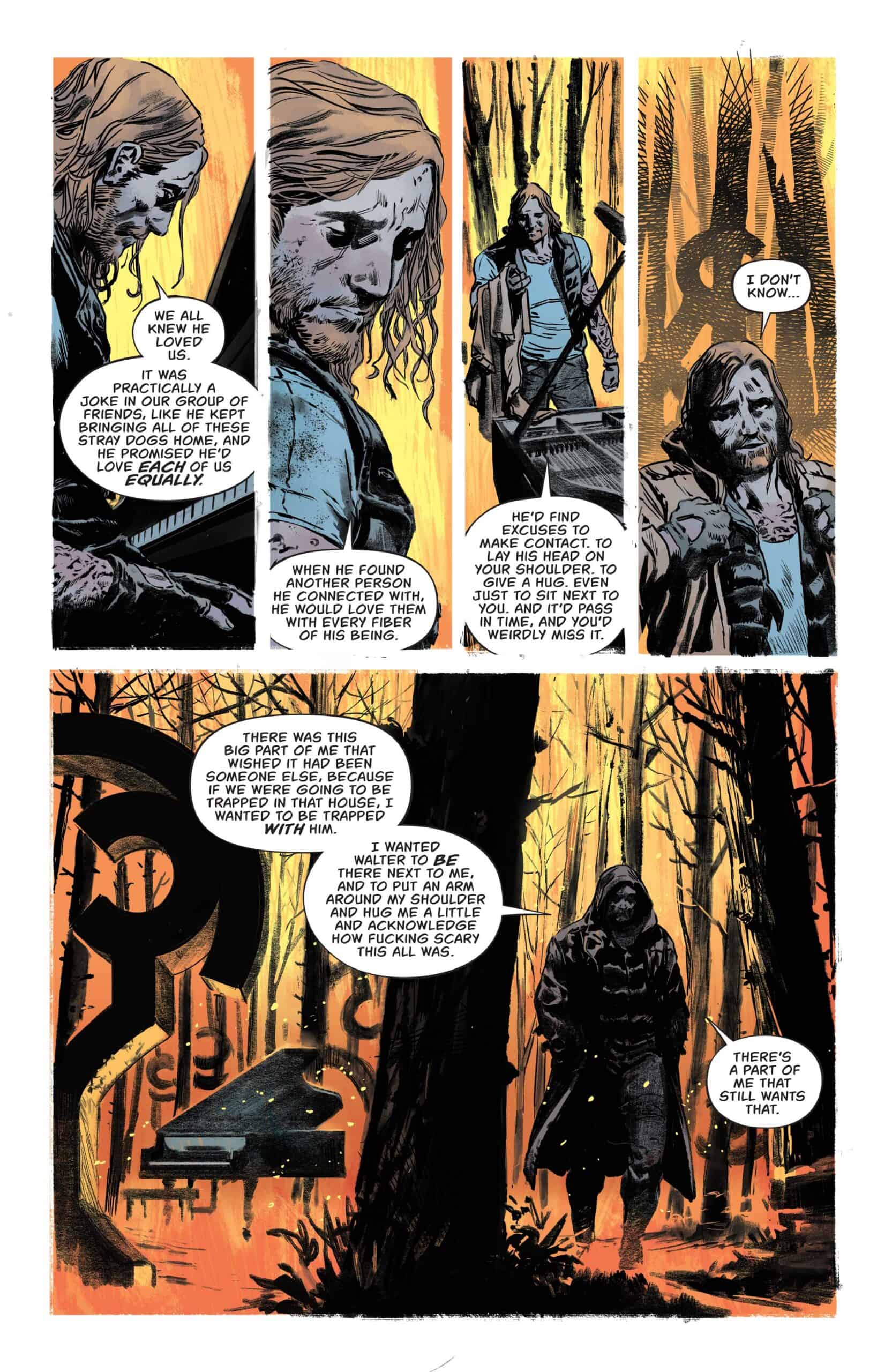 As a continuation directly after the first issue, it’s easy to see that The Nice House on the Lake #2 is tasked with much of the narrative heavy lifting aside from laying out the premise. In this, we find some of the momentum of the story fading. There is a large group of survivors that this mysterious Walter has pulled together from so many different walks of life and it seems like it’s going to take some time for their dynamics and chemistry to take shape. Everything that is most exciting about this second issue was already revealed in the opening, however.

There just isn’t a lot that actually happens in this next issue and that is despite the narrative framework developments that do happen. We are introduced to a manuscript of all the conversations that are taking place in the house and in these written lines we find so much fear and confusion that carries over into the panels that follow. I actually found this to be one of the most rewarding parts of the second issue as it highlights a storytelling device that only comics can pull off so well, and it works wonders for moving through dialogue within such a large group.

While we can see the mystery of the world’s destruction and Walter’s horrific presence is set to unravel rather slowly, we also get a glimpse into the itinerary that the host has outlined for the survivors. It might seem insignificant now, but with the final task being Walter’s farewell, we have to assume things are only going to get worse from here. There is a plan at work, but to accomplish what we still do not know. It’s this fear of not knowing and the complacency that still hangs in the air that gives this story tension though. Great showers and scheduled dinners feel so mundane next to the world burning around everyone but how long can this go on?

With a somewhat uneventful second issue, we also find the visuals taking a bit of a backseat as well. Alvaro Martinez Bueno and Jordie Bellaire make the most out of a couple of scares and the ominous, moody atmosphere still holds true throughout the pages but there just isn’t enough to really grab your attention like the final pages of issue #1 and that is worrisome. Is the strength of this new horror mystery series only found in the premise of the world coming to an end and what Walther is withholding even from us, the readers? There is a lot of drama between the many different survivors, but outside of their unified terror at the state of the world, I just haven’t been engrossed in their struggle just yet. There is a method to the madness tied to their professions and assigned logo but there isn’t much to be gained yet outside of acknowledging a pattern taking shape.

Maybe this is just one of the series that needs time to find its footing. A strong premise might sell me the first few issues, but it’s how this team can follow up in what’s to come that will be the decider on whether I stick around or not. For now I’m still in, but I will have to wait just a little longer to see what exactly Walter has planned for all those guns stashed away and what the all-seeing statue might show us next!

The Nice House on the Lake #2 might be lacking in scares but it makes up for it with plenty of tension and an ominous, moody atmosphere that's sure to pull you back in for more.

The Nice House on the Lake #2: Why Did He Pick Me?