The Sandman Universe/Locke & Key: Hell & Gone #2: Like an Old Friend 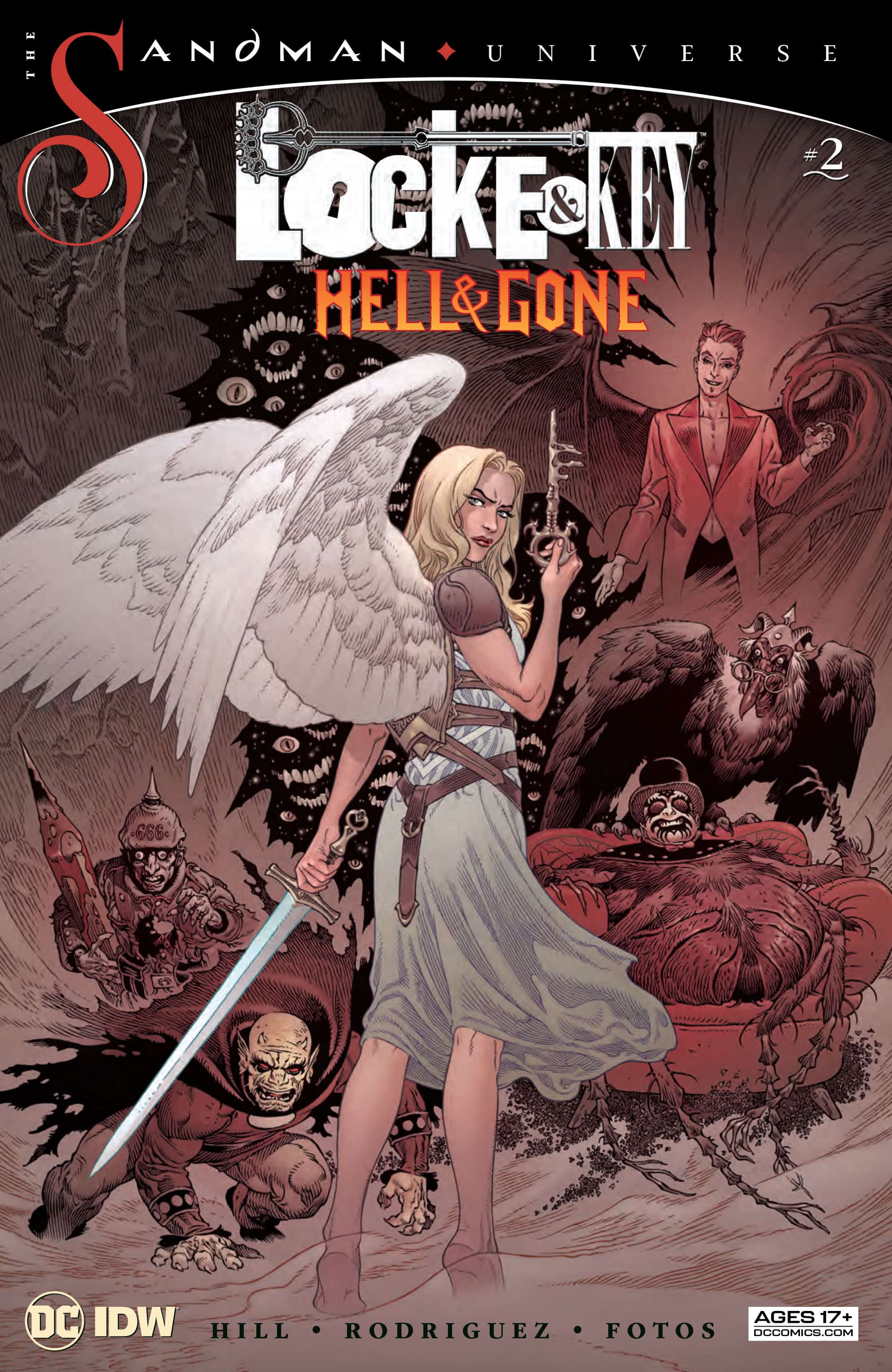 To win back her brother’s soul from Hell, Mary Locke has done the unthinkable: she’s seized control of the imprisoned Dream Lord’s artifacts of power and crossed over into his place of power, the Dreaming! Unfortunately, she’s managed to find herself in the middle of a war for the future of the kingdom, led by none other than the monstrous Corinthian…and even if she can survive that encounter, the road to Hell ends in locked gates guarded by Etrigan the Demon and the all-powerful Lucifer himself! Of course, the Locke family has always had a knack for making keys…

The second and final chapter of DC and IDW’s critically acclaimed crossover saga will change the way readers see the worlds of The Sandman and Locke & Key for years to come—for fans of either title, it’s absolutely unmissable!

Rodriguez’s art takes center stage and leaves every panel brilliantly illustrated and compelling. Character designs felt unique to Rodriguez’s style, including Fotos’ stellar colors, while still retaining the classic look of some Sandman characters, mainly Fiddler’s Green. Fiddler’s Green felt like such a natural addition to the crossover. His role in the crossover is much like his role in the original series, which felt like such a comfort to see him again and expanded on the beloved character. In fact, I think Hill nailed all of the characters from Sandman, including the surprise appearance of the Corinthian. Readers will be pleasantly surprised at some of the appearances, including my personal favorite, Lucifer rocking the 1990s Bowie look, soul patch included.

Overall, The Sandman Universe/Locke & Key: Hell & Gone #2 has enough in it to satisfy fans of both series. Hill does an excellent job at balancing the two properties’ worlds and making sure readers won’t be lost. In fact, I have a feeling readers will be wanting more of this crossover. The issue comes in just in time for the release of the second season of Locke & Key on Netflix and the teasers for Netflix’s upcoming The Sandman series and act II of the audiobook.

The Sandman Universe/Locke & Key: Hell & Gone #2 brings the Dreaming to Lovecraft, Massachusetts in a satisfying end to a crossover that feels so natural, you forget it's a crossover!

The Sandman Universe/Locke & Key: Hell & Gone #2: Like an Old Friend