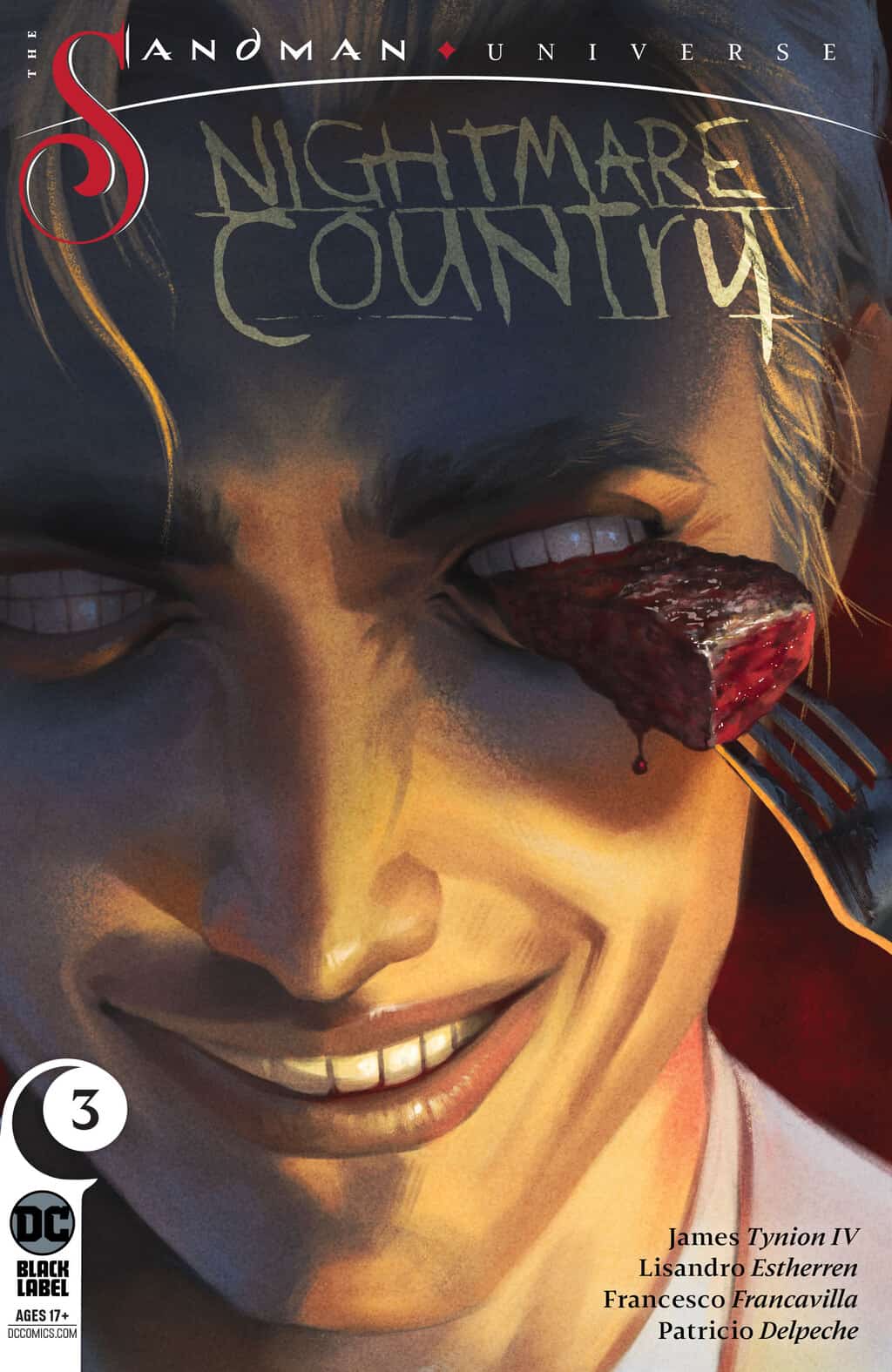 It’s not in the Corinthian’s nature to save a life—but if he wants to understand the nature of the Smiling Man, he’s going to have to protect one of the few people to have ever seen him. Unfortunately, considering the strict orders he’s been given by Dream, saving a life very much endangers his own… 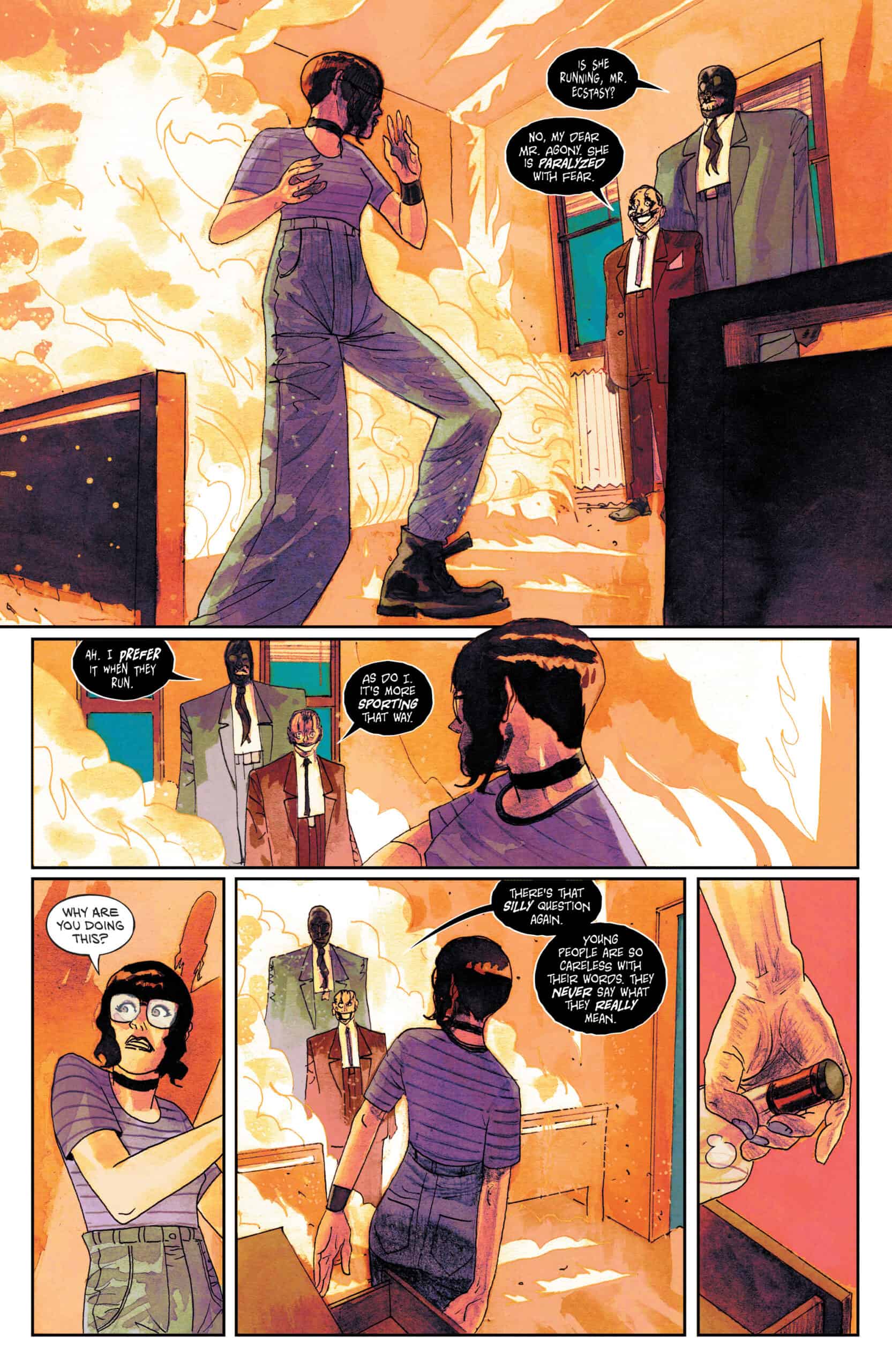 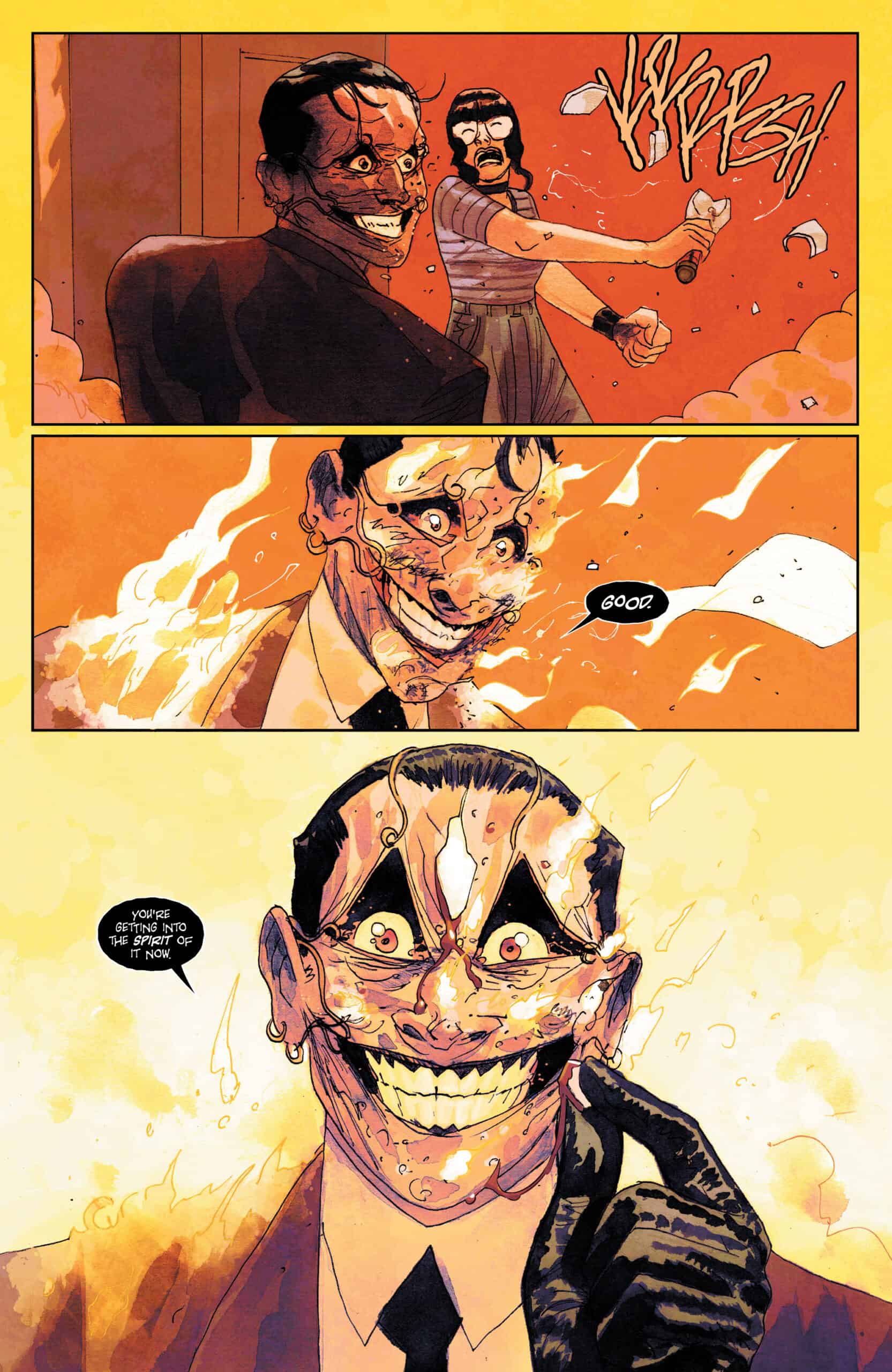 This issue was light on the Corinthian other than the Dreaming sequence. I appreciate that this issue focused on other things but had the time to flesh out the Corinthian’s motives and role. Plus, Francesco Francavilla’s segment is beautifully illustrated. Issue #3 gives readers a chance to invest themselves more into Flynn. For now, Flynn is on the run from Mr. Agony and Mr. Ecstasy. This issue also introduces Bill Teague, a right-wing billionaire who seems to be the sugar daddy of Flynn’s friend Robbie. He also appears to be already swept up in some nightmarish stuff, so his inclusion just adds to the creepiness and mystery. He is certainly interested in Flynn’s situation. I’m impressed with James Tynion IV’s ability to have all of these moving pieces in just three issues. Where things are headed is unclear, which is exactly what you want out of a horror story.

Things are heating up in THE SANDMAN UNIVERSE: NIGHTMARE COUNTRY #3, and not just because Mr. Agony and Mr. Ecstasy are setting everything on fire.