The Sandman Universe Presents Hellblazer Special #1: Madness is the Only Constant

It’s the end of the world and John Constantine doesn’t feel fine. It is revealed that Tim Hunter is behind the destruction of the world.  Constantine knows his chances are not looking good but doesn’t want to die. A mysterious figure appears before Constantine and offers him a deal to go back to 2019 and prevent Tim Hunter from following this path. The mysterious man is revealed to be a version of Constantine himself. In 2019, he finds a London that is a stranger to him. Seeking out his only companion, Chas, Constantine is met with a harsh wake up call and finds himself alone in a time he isn’t familiar with.

When I heard the news that John Constantine was joining The Sandman Universe I was ecstatic. I still am. This oversized one-shot did not feel big enough, so obviously I am really looking forward to the series. One of my favorite issues of Sandman was issue 3 entitled, “Dream a Little Dream of Me.” Dream is searching for his pouch of sand which found its way into the possession of Constantine’s ex. Constantine and Dream find the woman essentially as a dream junkie and must get the sand back. The issue was complex, dark, and masterfully written and one of my first exposures to John Constantine in comics. He felt right at home in the issues of Sandman. Constantine’s interaction with Chas in the one-shot is a standout for the issue. Chas essentially tells Constantine that he is poison, the reason he is dying, and would rather be plagued by demons than spend time with Constantine. 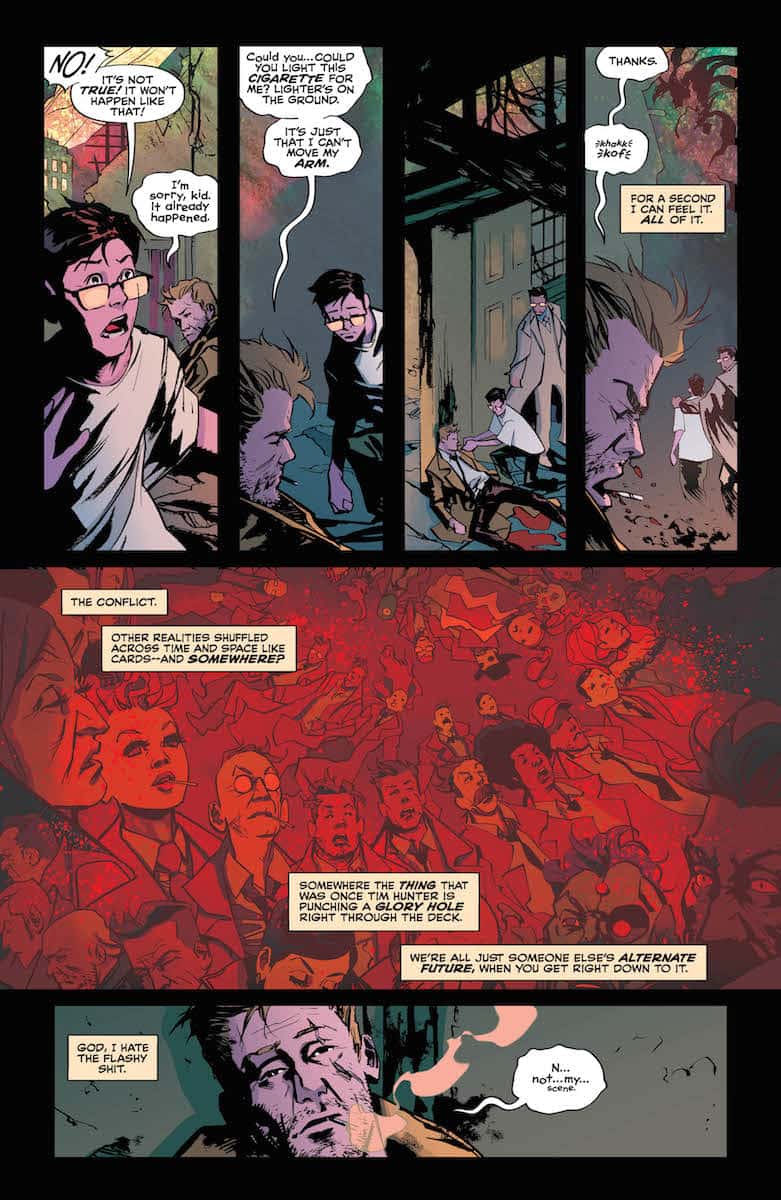 Si Spurrier is an amazing writer. His work on The Dreaming has consistently shown that he is well-versed and has the ability to take established characters and push their boundaries while still respecting the source material. I think he captures the voice of Constantine brilliantly and am excited to see where he takes the character. Spurrier’s writing is often elevated by the accompanying art, most notably in The Dreaming. The Dreaming’s pencils and colors are done by Bilquis Evely and Mat Lopes, who also did the cover for the Hellblazer one-shot. Marcio Takara and Cris Peter join Spurrier and take the reins for art and colors. Takara and Peter seem to be a great team and can pull off complicated scenes of apocalyptic demons, ghost filled hospital rooms, and the streets of London. 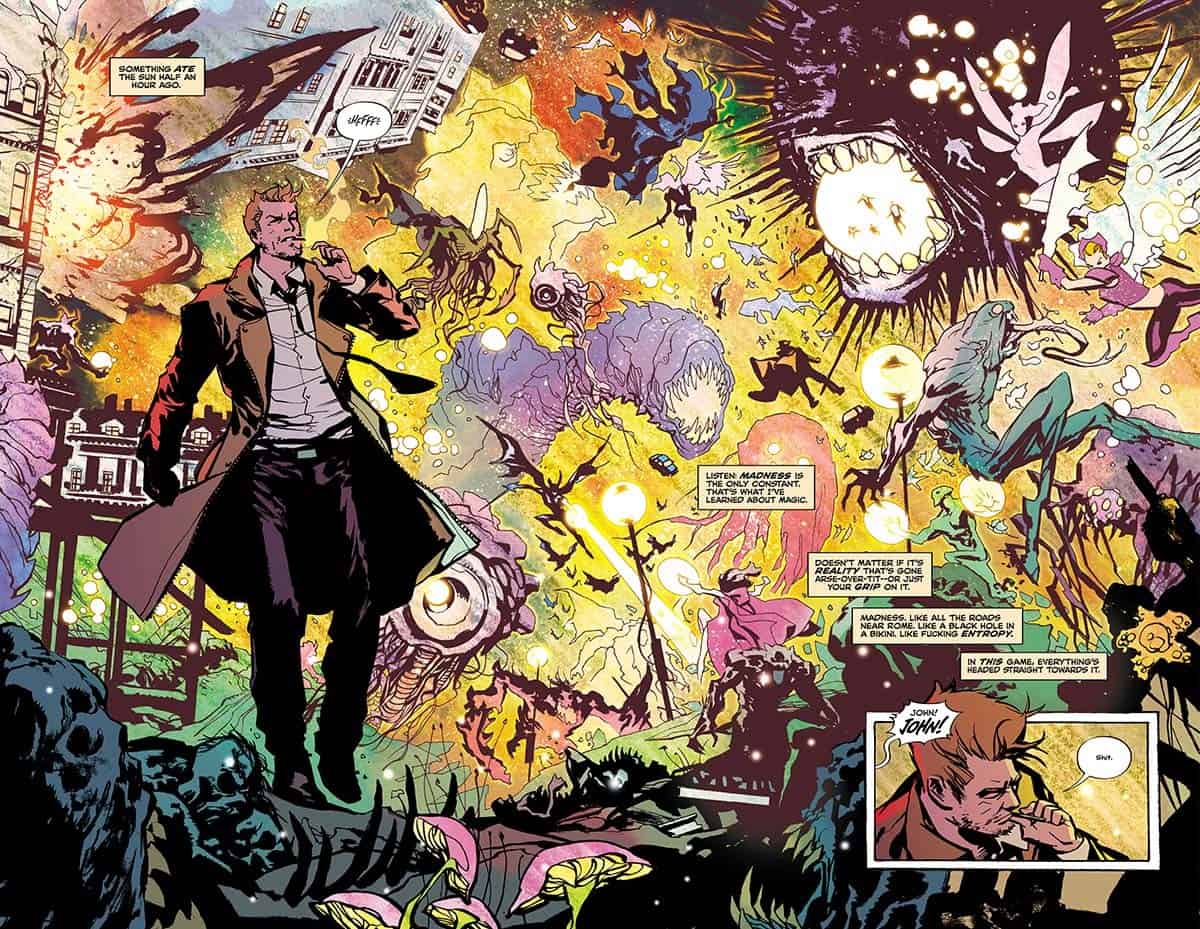 I am interested to see how the new series will play out. There is already a tie-in with Books of Magic but will Constantine show up in the other Sandman Universe series? I hope so. I enjoy his appearances in other comics outside of Vertigo/DC Black Label but I think this is his place to shine. The new series has a potty-mouthed Constantine which is what we all want. I won’t say some of the things said in this one-shot but I can say that they felt right at home in a Hellblazer comic. The plot seems like nothing new: the world is ending, get sent back to prevent it from ending. On paper the plot aligns with the hero’s journey, but knowing Spurrier’s talent and that we are dealing with John Constantine this will be a long shot from a hero’s journey. What we know is Constantine is sent back by a future version of himself to 2019 to stop Tim Hunter from destroying the world. John Constantine is back with a fresh pack of cigarettes and a new trench coat. What could go wrong?

John Constantine seems to be a perfect addition to The Sandman Universe. The Sandman Universe Presents Hellblazer one-shot sets up what is expected to be a great series with a classic character. With a great creative team, the one-shot is perfectly paced with great writing and art. New and old readers should have no problem with getting into the one-shot as well as the series starting in November.

The Sandman Universe Presents Hellblazer Special #1: Madness is the Only Constant