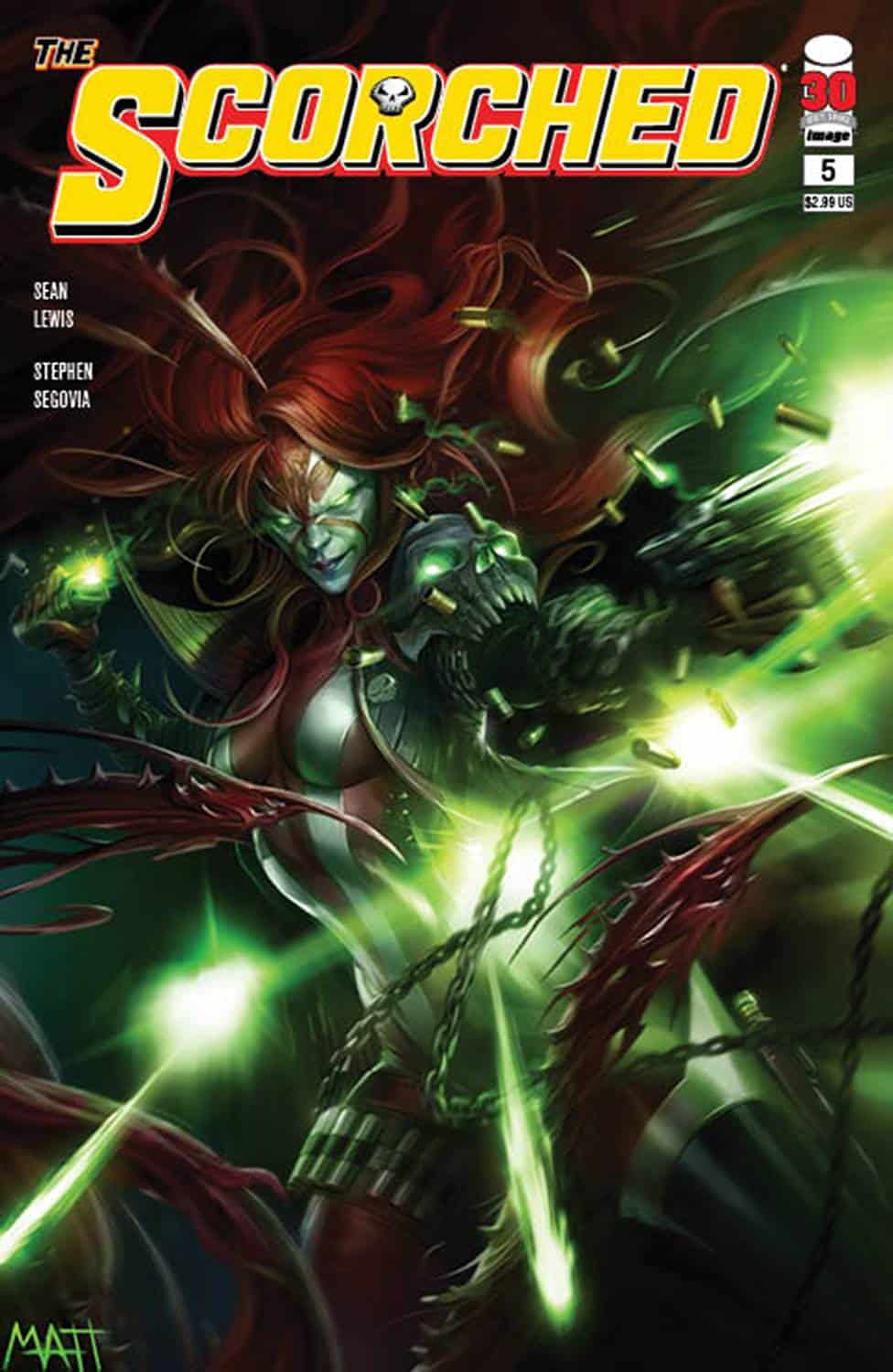 More Heaven and Hell than a Black Sabbath Record.

The battle rages on between good and evil, but what’s the endgame for The Scorched? The build-up to issue FIVE has been a non-stop thrill ride, so getting to this point seems like a payoff of a treasure trove Spawn branded justice, and it is, but at what cost. As we saw at the end of issue four, there is a Judas within The Scorched. Not good. Especially since things appear to be falling apart for the motley crew.

The gang has their hands full with the Sin Devourer and in true Sean Lewis fashion, there is some big art going on in this book. Make no mistake about it, Stephen Segovia kicks you in the gut in every panel. A few pages in, there’s a spread with Spawn, Sin Devourer, and Gunslinger that is absolutely beautiful; the intensity of the art moves in unison with Lewis’ words. From beams of light to plasma and blood, Ulises Arreola comes in like a John Bonham drum solo leaving you awestruck and amazed. Segovia and Arreola are a treasure of an art team and should be celebrated as such.

As the book goes on, we get treated to classic Lewis prose. Just when you think you have an idea formed, full stop, and a change of direction. That direction will have your blood pressure go up a few ticks, I know mine did. The end is enough to send you into a fit of rage, purely for the reason that we have to wait a whole month to see what happens next.

These new Spawn books remind me of the Grateful Dead. Creating great tales and letting their craft have the loudest voice. Those who get it get it, and those who don’t, don’t. However, just like with the Grateful Dead, the music never stopped, and with Sean Lewis & Co, the stellar comics never stop.