The Silver Coin #10: Call Me Vengeance 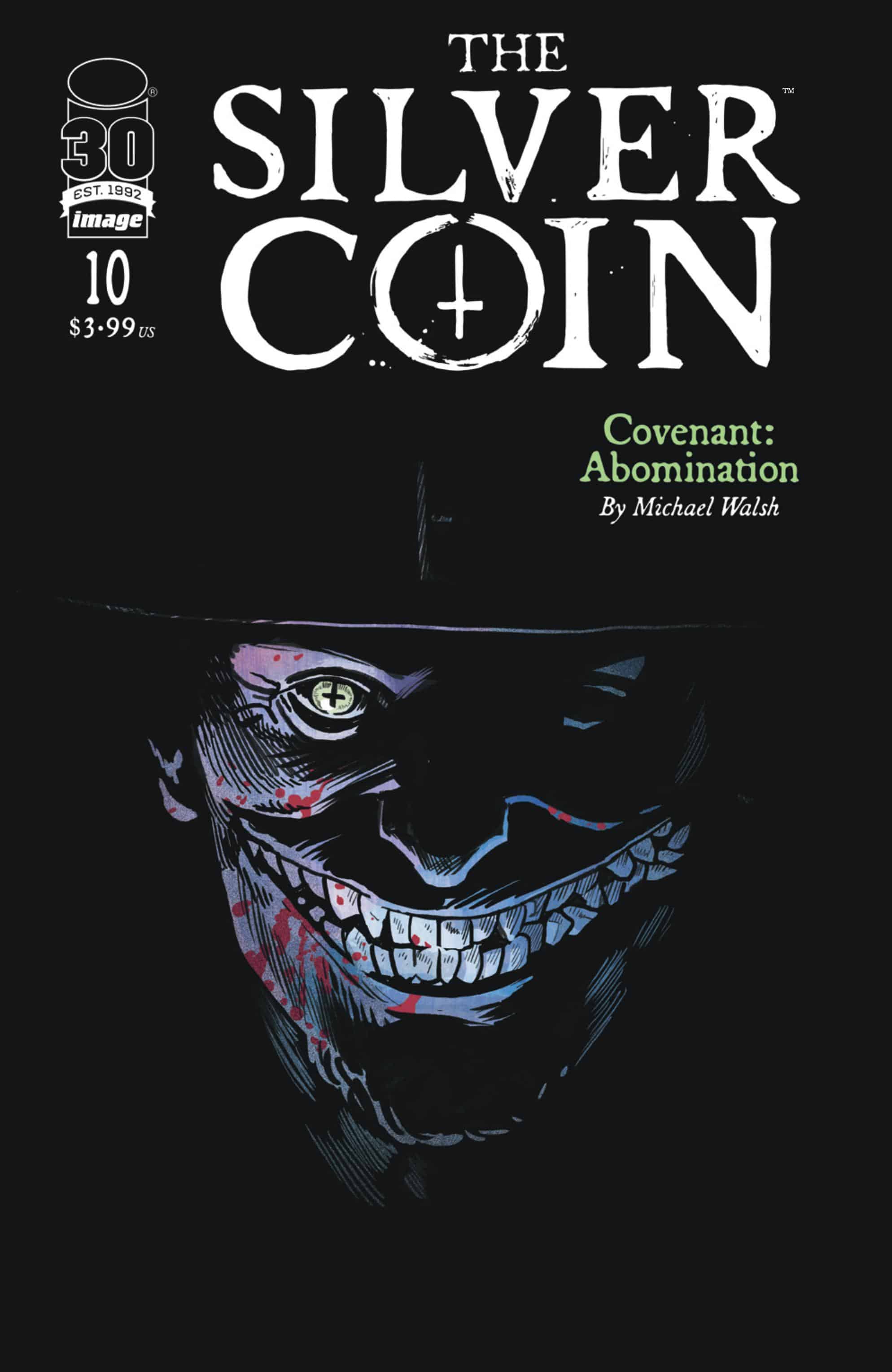 Next in THE SILVER COIN, the hit horror anthology from VITA AYALA, JOSHUA WILLIAMSON, RAM V, MATTHEW ROSENBERG, and MICHAEL WALSH, comes a sequel 300 years in the making. Audrey is a high schooler with an unusual ability who’s drawn to the occult. When she encounters the coin, she conducts a ritual meant to break its curse but instead summons something darker still. The coin’s mystery deepens in part two of “Covenant.”

Monkey paw stories, more than most, are rooted in desire, the desire of the protagonist/antagonist to make something conceptual manifest. The Silver Coin is a perfect example of that distillation of desires, and the standout issues take that want from a character and ratchet it up to eleven. The series has been consistently grounded over the course of ten issues, with varying reasons for a person to pick up and need the coin’s magic. Issue #10 of the series, with a script and linework by Michael Walsh, and colors from Walsh and Toni Marie Griffin, further digs into the mythology of the coin and carries over the conflicted desire of a colonial-era witch.

The first mythology issue of The Silver Coin, issue #5, dealt with the desire of a witch who wanted to do good for her town but was condemned and hung from a tree for her altruism. In return, she expresses her desire for vengeance and curses the town Judas and the coin that paid for the betrayal. This begins the dark path the titular coin will take across time, inflicting harm and pain on anyone and everyone it comes across. Issue #10, the thematic follow-up to #5, follows with the witch from the colonial era reaching out to a goth teen that’s high off her ass, sharing a similar trait of speaking with animals. The witch’s spirit shows an immediate regret for releasing the spirit that inhabits the coin and needs the assistance of someone like her to cast the demon in the coin back into its shadowy dimension.

With the issue, Walsh crossed the boundary from ironic and explicit horror to a more cosmic, existential horror. There’s still plenty of blood and viscera in the issue, but the true terror is exploring the apparent will and desire of the coin itself. The coin wants nothing more than to be birthed fully into the world and needs the witch to acknowledge its name, fulfilling the twisted desire of both. The coin’s evil is rooted in the world, and the witch is set free, no longer bound to roam the earth. It’s a compelling twist, and shows the devilish storytelling chops of Walsh, promising the deepening of the world and mythology.

Walsh’s art is the perfect bridge between time, space, and genre, creating a baseline for the series. His art is tonally consistent, for the various horror tales and the gruesome peaks and valleys of a deal with the devil. The most striking images of the issue are the glimpses into the coin’s home realm, a land of shades and shadows only appearing in the background of panels. Each time Walsh depicts these windows into the darkness, the images are in a deep black, and almost feel out of focus, like there’s a gap in the brain understanding the horrors.

A standout panel incorporating this technique is a young teen corrupted by the coin, leading her to attempt to kill her friends. Walsh places the girl in the foreground, with a bloodstained weapon in hand, and behind her are apparitions of various previous wielders of the coin. The spectral figures are rendered in a looser style, with Ben-Day dots illustrating that separation between the two worlds, with the young girl seemingly fated to join them in the future.

The Silver Coin #10 is a triumph in both art and storytelling and cements Walsh as one of the most inventive creators in the western horror comic space. Walsh takes the familiar premise of the Faustian bargain and makes it wholly original while building out mythology based in character work. It’s a gripping way to expand the world of the series and provides even more fertile ground for future stories set in this world. From more eldritch terrors possibly trying to worm their way into the world, to other mystical beings at work (as seen in #7), and a possibly endless amount of flawed people with ironic desires, Walsh has built something special with The Silver Coin.

The Silver Coin #10: Call Me Vengeance