The Vampire Slayer #6: Something Ominous This Way Comes 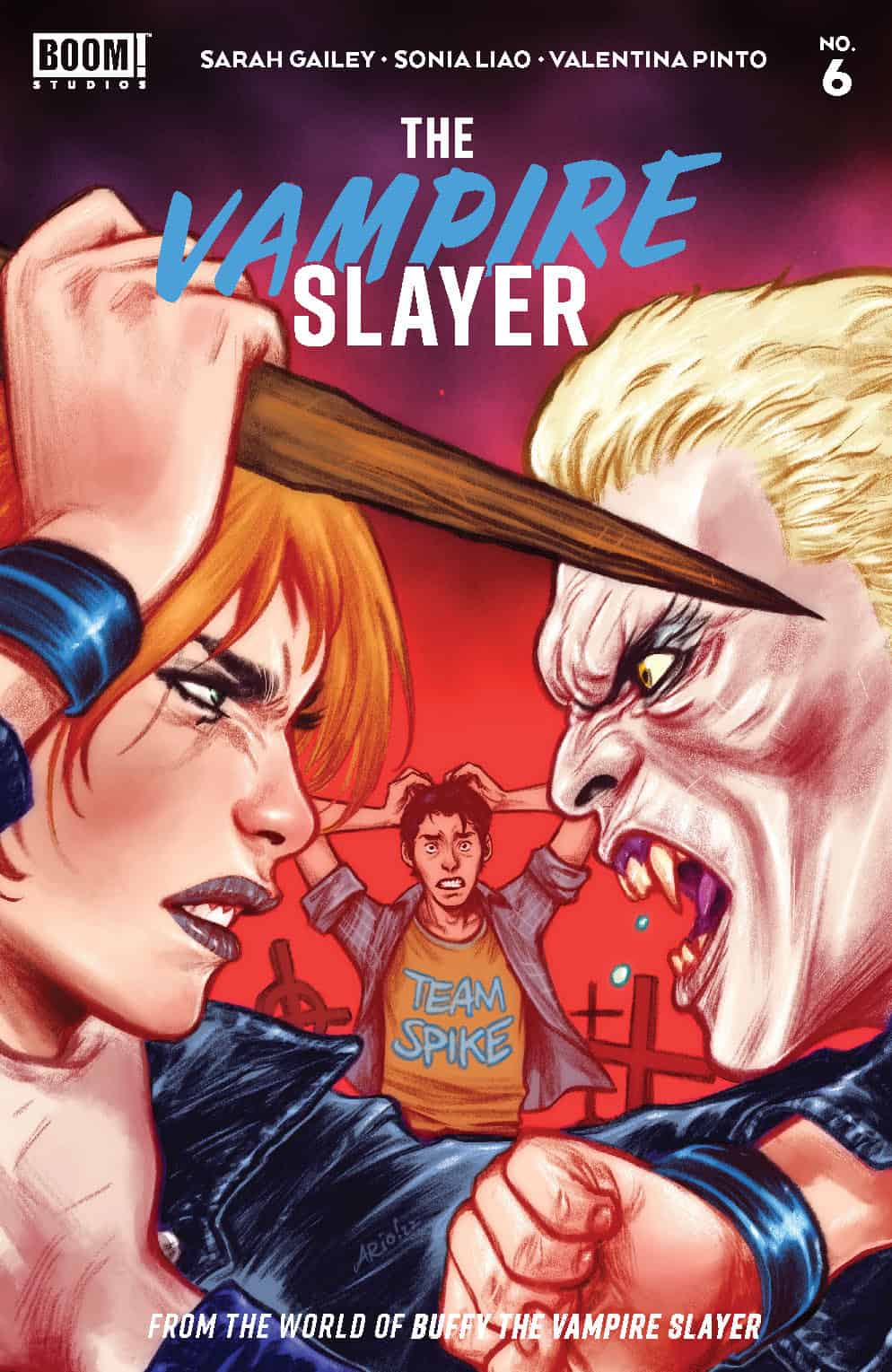 Can Giles and Willow set the spell right? And more importantly, can Xander stop Willow when she recognizes what Spike truly is?

Between Buffy's absent slayer-senses and Willow's increasing temper, the stakes could not be higher as Xander brings omens of an even more ominous threat...

Growing up in the 90’s, Buffy The Vampire Slayer was part of my upbringing, most notably the popular television series starring Sarah Michelle Gellar, Anthony Head, and David Boreanaz. But I never knew there was a comic series, let alone read one about the superpowered slayer.

So reading this issue was a nice way to dive into some nostalgia but I also didn’t read the previous issues either so I was going into this without knowing what’s been going on in the story so far. And let me tell you – this is not the story you grew up with, but hot damn I wish I had this series on my pull list earlier! 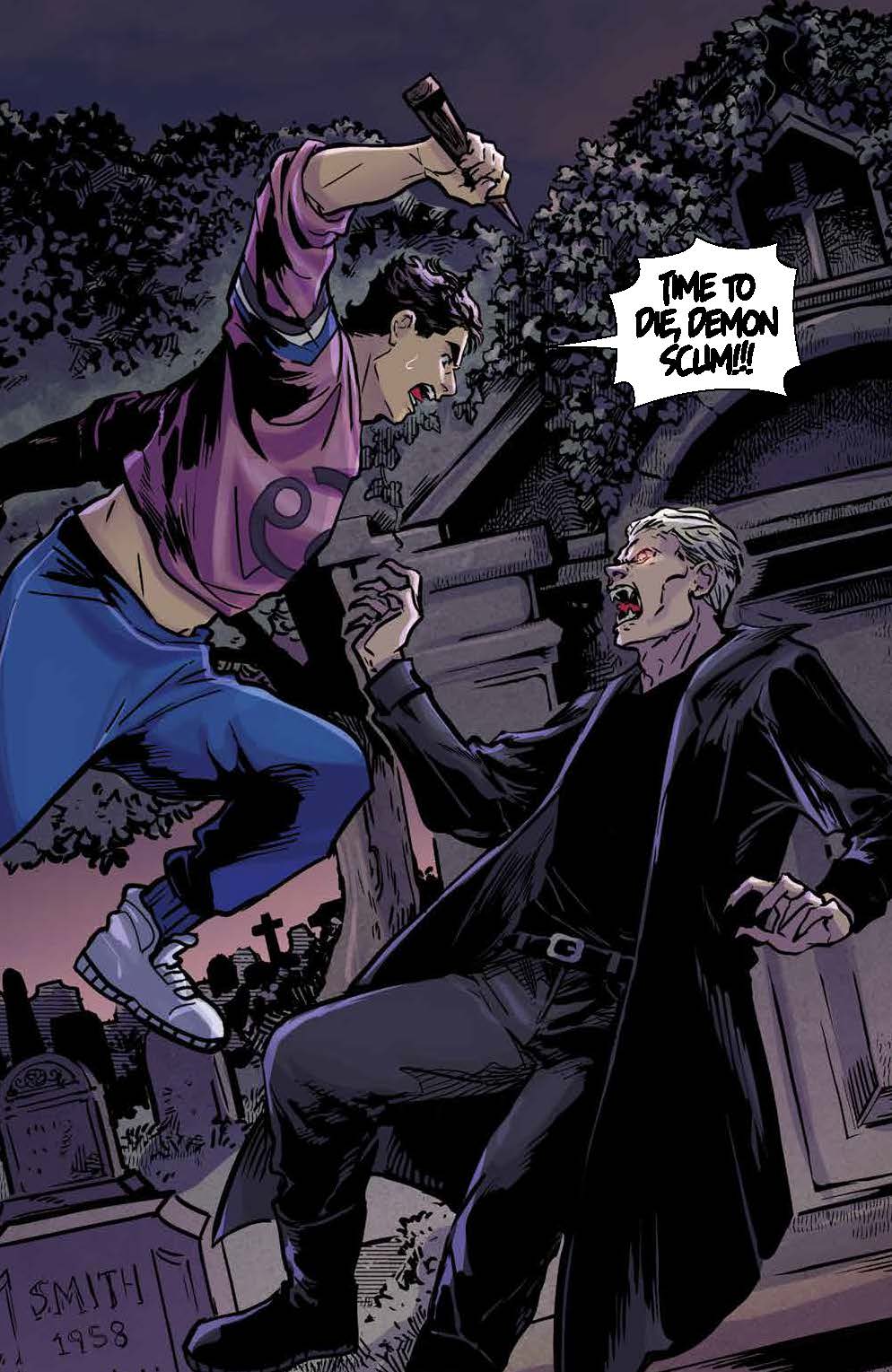 The story itself is in an entirely different universe than what you are used to. Based on what I’ve read in issue number 6 alone, Will is the Slayer. At one point in time, Buffy was the Slayer, but she’s under the impression that she’s never been the Slayer. Her friends, such as Giles, Willow, Xandar, and Faith, clearly know that she was the Slayer in the past but hasn’t told her about it; there was some sort of spell that altered things and I’m not sure why that happened and why they can’t tell her. Spike is still a vampire but it seems like this is his first appearance (maybe?) and he’s been training Xander to fight vampires. Spike is a suspicious character and we still don’t know what his motives are, but when Xander takes him to see the gang, this seems to be the first time they’re meeting him but somehow Spike knew Buffy was the Slayer before. There’s A LOT going on, and I can’t get enough of this!

Gailey does a great job of writing this story that’s full of humor, mystery, and suspense. In this issue alone, we already question Spike’s motives, Willow loses her temper quickly which is affecting her magic, Buffy almost had a breakthrough of whatever spell was affecting her, and an ominous murder of crows showing up at Giles’ shop. Normally, this would have felt like all too much crammed in one single issue but Gailey’s writing style makes this flow so well together that it all seems like a natural progression in the story. 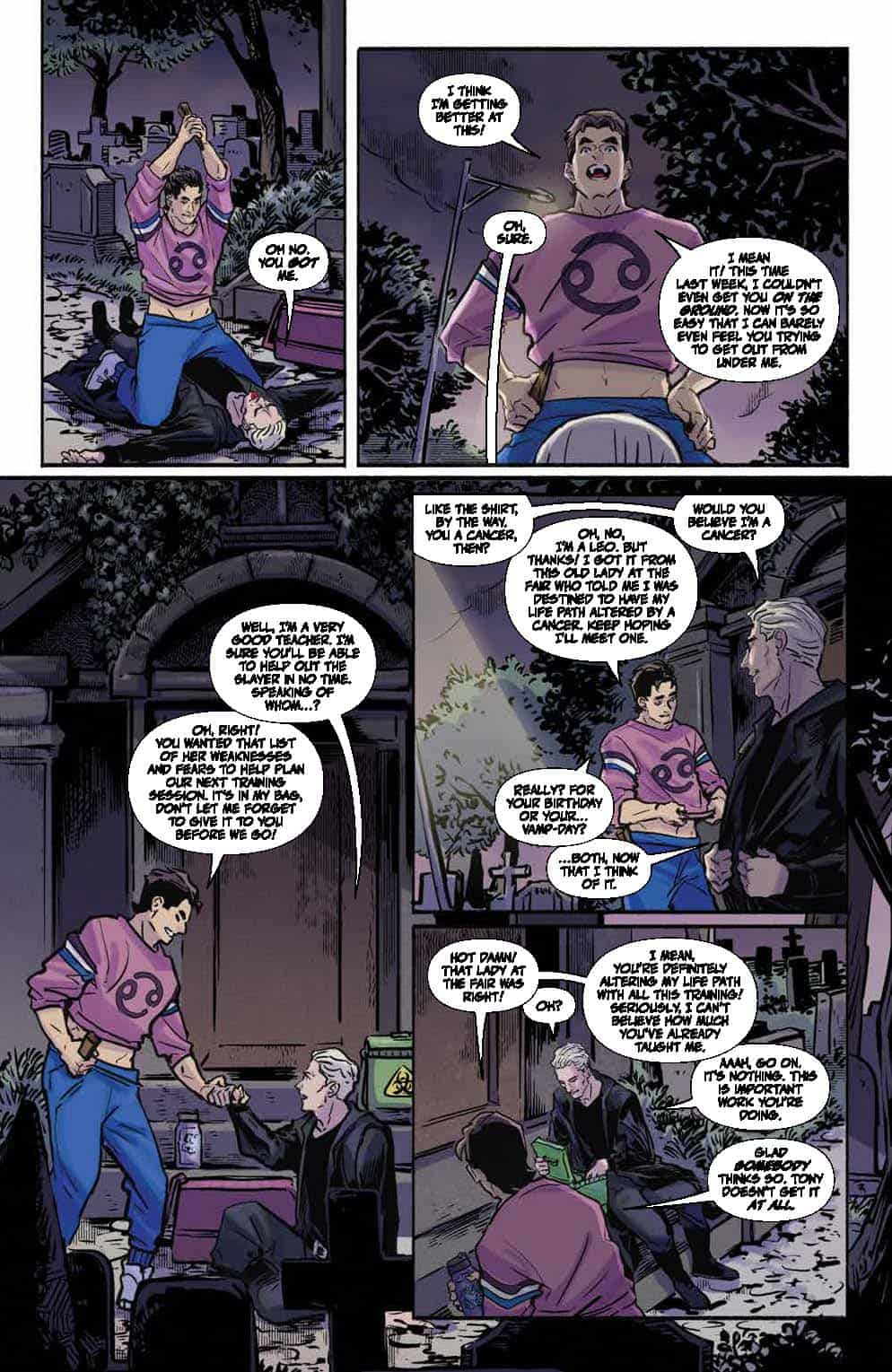 I really enjoyed the art for the most part by Liao and Pinto. The style seems to mirror an almost anime-like art, and I enjoy that. Although these characters have been portrayed on television, the art does a fantastic job of resembling the characters while at the same time creating enough vagueness that you can imagine the characters to be anyone – that’s very impressive!

There were a couple of instances in the art that threw me off, though. In one of the panels, the art was trying to show Xander practicing his punches. However, when I first saw it, I thought he had grew two new arms because it wasn’t clear to me that it was showing movement. I finally realized what was happening, but it did take a while.

The second are some of the characters’ noses. I’m not sure why but they stood out to me and I was hyperfixated on them because they looked a little different. This is not necessarily bad artform, though. Everyone has their own preferences when it comes to comic book art – but this was something that I couldn’t look away from and just bothered me for some reason.

That said, I absolutely love their work here. My favorite part of this issue is how they creatively drew Xander and Spike retelling an event that happened in this issue. Instead of using words in a speech bubble to accomplish this (and possibly boring the reader and taking up unnecessary space), they used images to show that they were retelling the event we’ve already seen. I absolutely love this decision to show a retelling of the story instead of actually retelling the story! 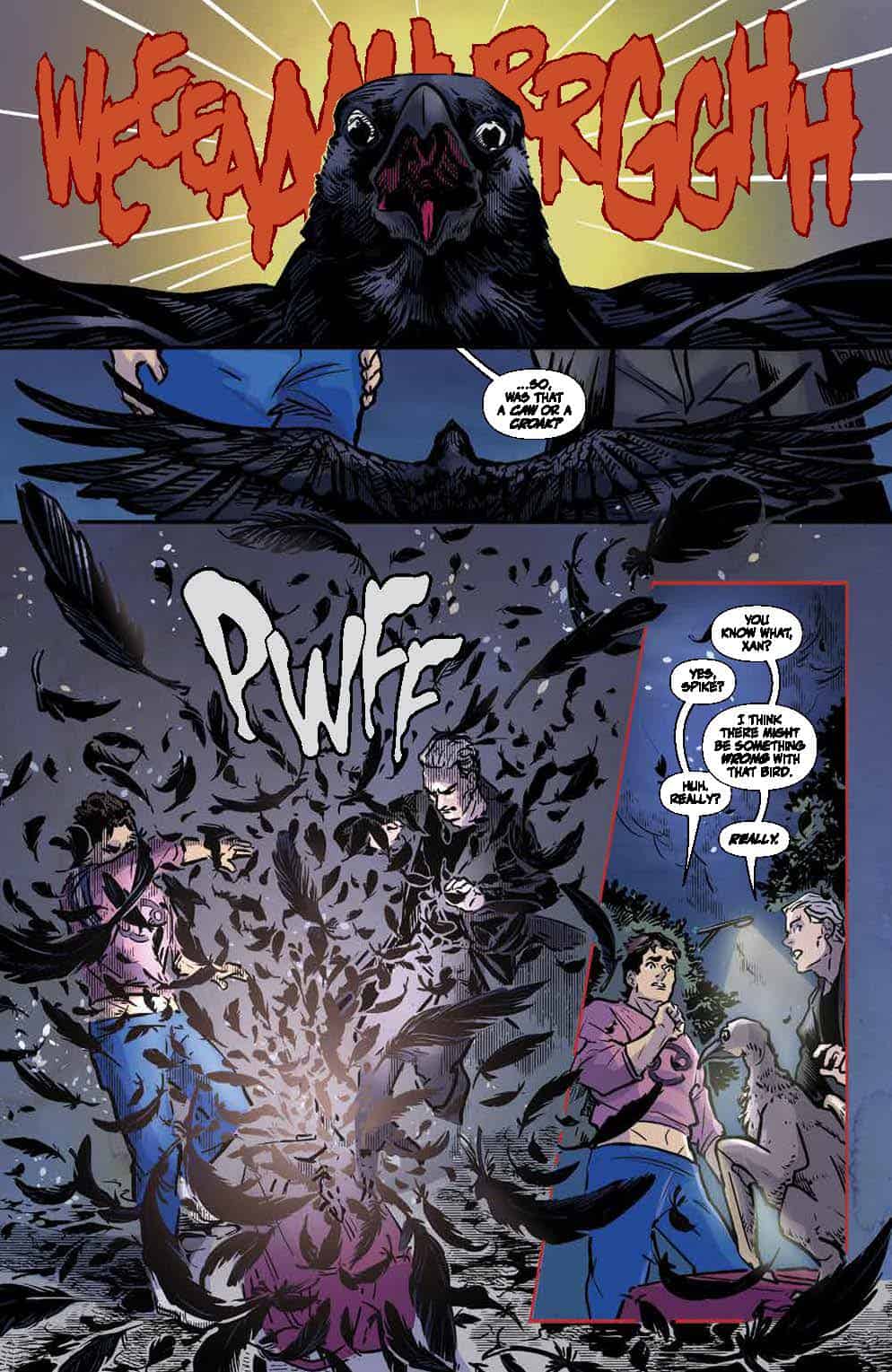 The creative team did a fantastic job overall. They captured the spirit of the popular television show. They transformed it into a new universe with a new story while keeping the fun, campy, mysterious, action-packed elements that make the Slayer world so exciting. When can I get the trade paperback? because I know I won't be able to put this down when I start reading the series!

The Vampire Slayer #6: Something Ominous This Way Comes