The Walking Dead #189: Liberate the People 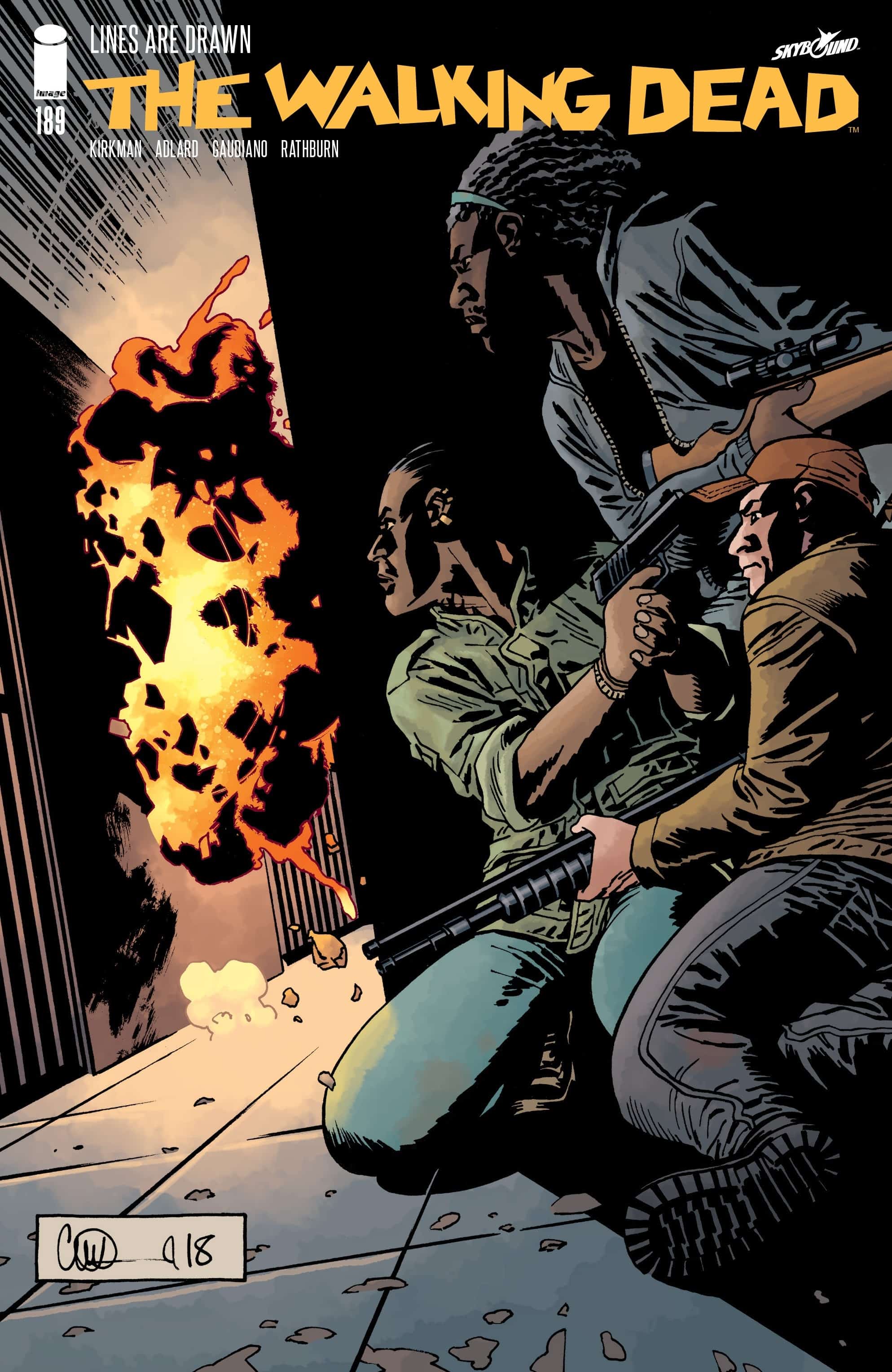 Chaos has come to The Commonwealth.

We’ve finally reached a boiling point at the Commonwealth in The Walking Dead #189! 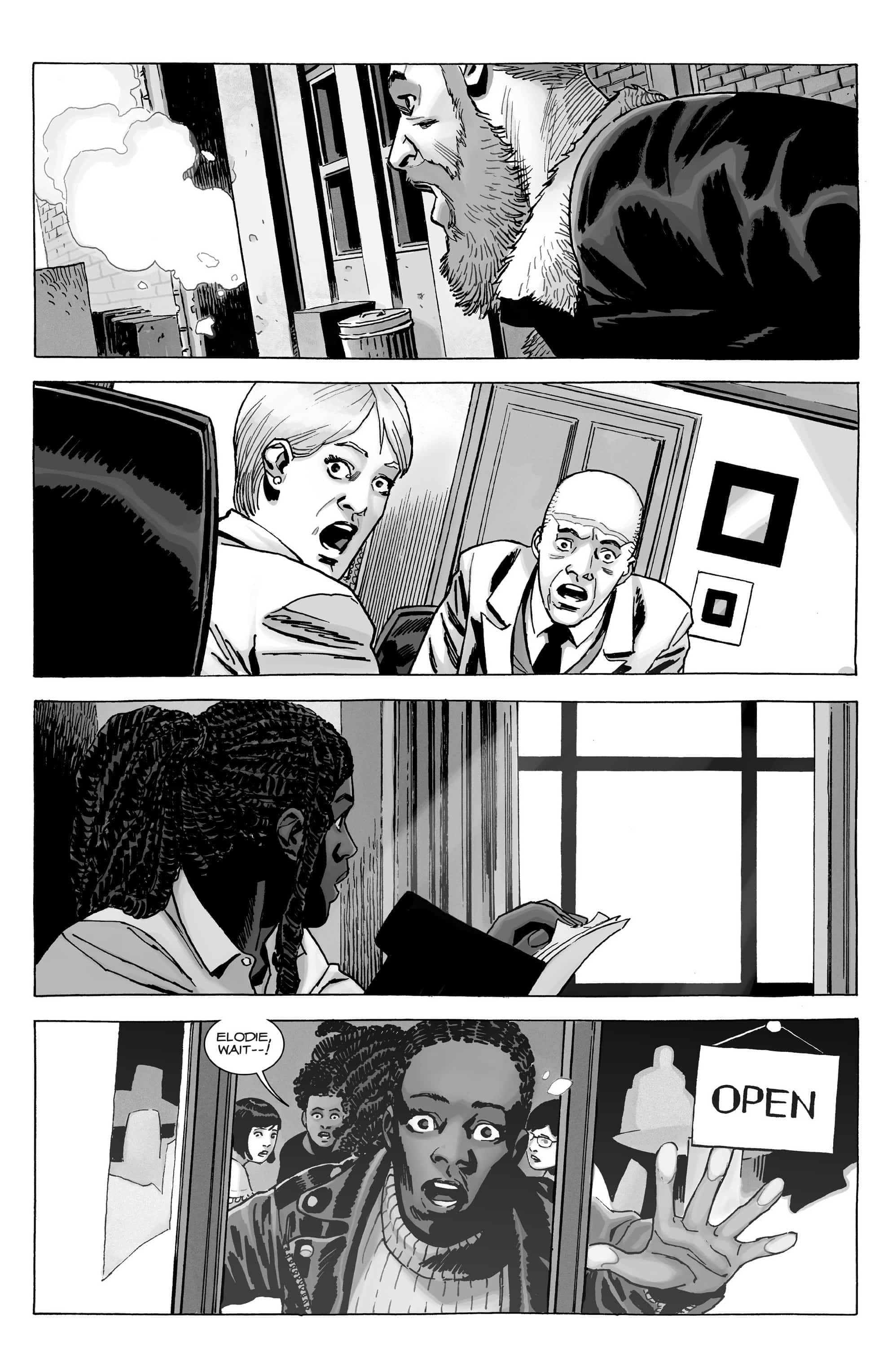 In an issue aptly titled “Lines Are Drawn”, the full-scale revolt is underway, leaving those in power frantically trying to understand what is going on. This transition has been brewing since we were first introduced to the Commonwealth in issue #173, but the major players have been unclear up until this point. With Mercer out of jail and leading the guards, though, we find a perfect situation for Rick Grimes to do what he does best. Lead.

The pieces quickly begin to fall into place after the explosion freeing Mercer from jail. The layout of the story is able to punctuate each group’s understanding uniquely well, setting the stage for what seems to be the coupe we have all been waiting for. Governor Milton and those around her are essentially willfully ignorant, Mercer and the guards have fully committed to their mutiny, and Rick seems to be somewhere between them both.

Kirkman has been moving these narrative pieces around in a way that makes this transition already feel natural. This has been one of the reoccurring strengths of the series as well, introducing new communities and people only to quickly delve into the seemingly catastrophic impact that Rick and his group tend to cause. Kirkman toys with the notion of leadership within this apocalyptic environment, and the events at the Commonwealth have magnified this interaction beyond anything the series has done before. It’s a massive undertaking to expand on the world in such a way, and TWD #189 pulls it off with relative ease.

With Rick poised to bridge the gap between Mercer’s rebellion and Governor Milton’s ineffective leadership, we finally get a clear look at the sides at play. But where does Eugene and Stephanie fit into all of this? The issue seems obligated to return to their story of being overrun in classic fashion before making a daring escape. It’s a solid enough “b narrative”, but it raises too many questions at a time when the main narrative is finally focused on providing answers.

Despite this pacing issue, TWD #189 is another strong entry for the series. Charlie Adlard, Stefano Gaudiano, and Cliff Rathburn continue their iconic visuals with plenty of chances to shine on both action and personalization, and Rus Wooten always impresses on letters.

It looks like things will only be getting more drastic for those at Commonwealth, and Rick may be their only hope of survival. We could be in store for a major shakeup soon!

The Walking Dead #189 sets the stage for a conflict with consequences unlike anything the series has seen before. With the lines already drawn, drastic measures seem imminent…

The Walking Dead #189: Liberate the People