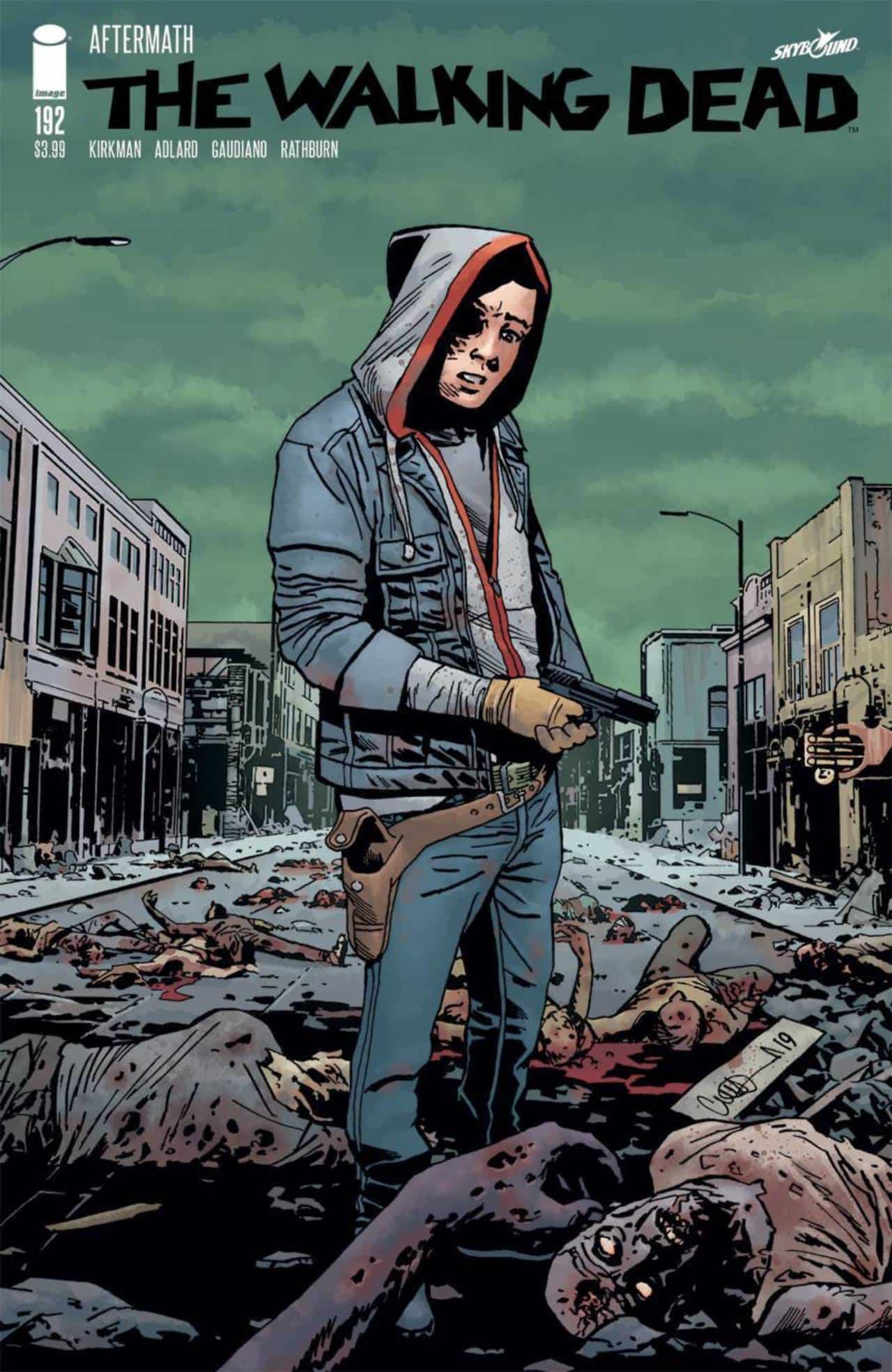 Carl fights for the Commonwealth… but who is he fighting against?

*NO SERIOUSLY, MAJOR SPOILERS AHEAD*

Well, I’ll start by saying this definitely isn’t the review I thought I would be writing right now. Since 2003, The Walking Dead and Rick Grimes have seemingly been synonymous with one another. Fans have long been interested in his trials and tribulations in this desperate new world overrun by walkers. It seems that his story has now come to a close though. There is a lot that can be said for the legacy of this character and the worldwide phenomenon the entire franchise has become. Rick’s story has often been the driving force in this popularity over the years, so the events of The Walking Dead #192 will surely reverberate through comics and fandom history, enduring as one of the most shocking and pivotal moments in a series renowned for its relentless storytelling. 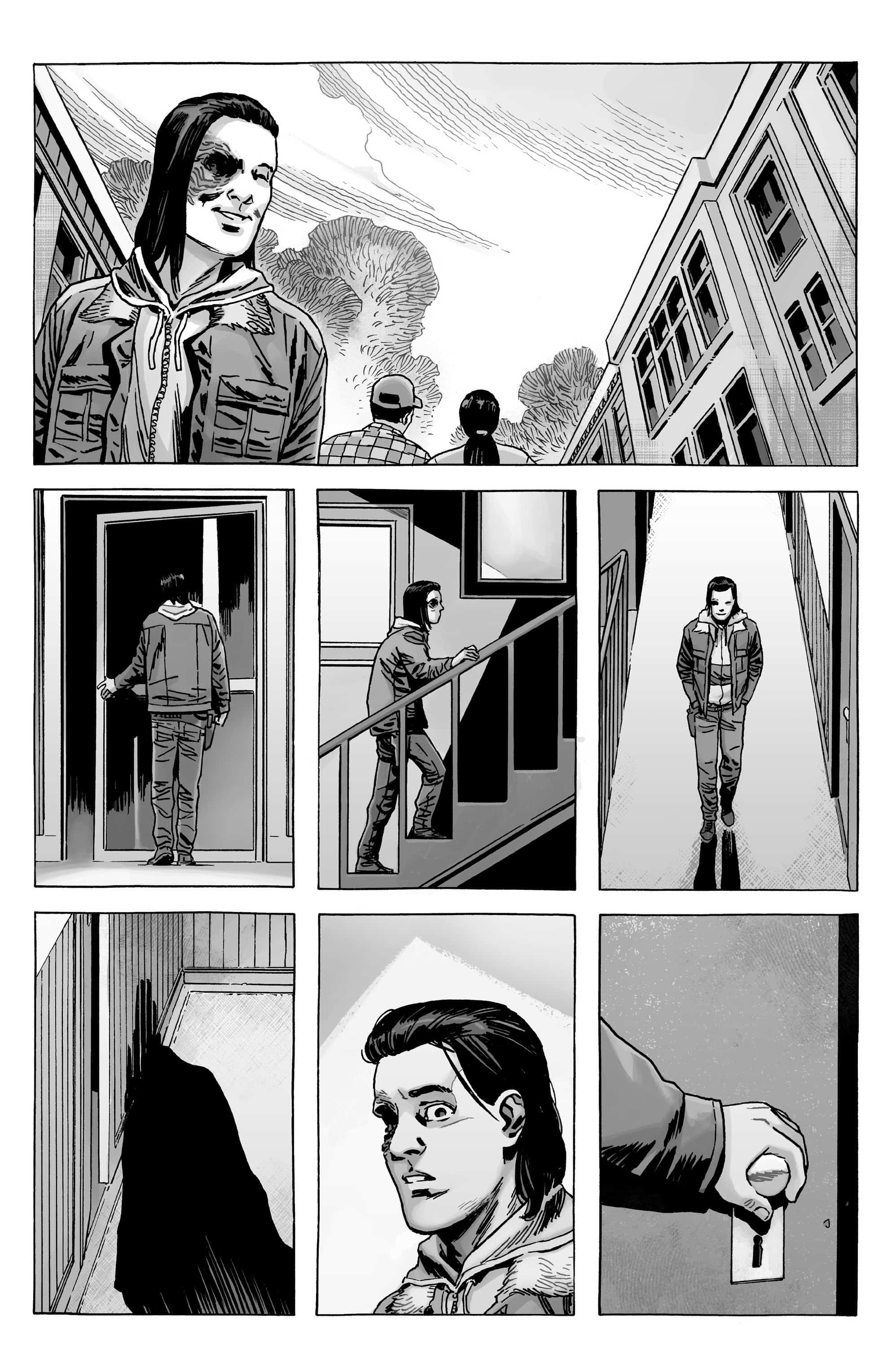 As I write this, I am still in a state of disbelief. When last issue ended with Sebastion Milton firing a bullet into Rick Grimes’ chest, I still didn’t truly believe he would die. I even used the word “doubtful” in my review of issue #191 when talking about the finality of this gunshot. What we find in the first few pages of issue #192 is a surreal depiction of sacrifice on a level even a series such as this has never seen before.

Sebastion fires multiple rounds into Rick before sprinting off in fear, leaving him dead and alone. With almost no dialogue in the first ten pages, Rick’s story comes to a bloody and cruel end. How do we even begin to unpack a death like this? A story thus far predicated on the successes and failures of this one man. To say his is a story of magnificence is simply underwhelming. Issue #192 can easily represent the culmination of this man’s journey so far, from waking up from his coma to discovering the Commonwealth, we’ve followed Rick on his journey as readers up until this horrific moment. But where do we go next?

Now that we have crossed this threshold and ventured into the uncharted territory that is a Walking Dead comic without Rick Grimes, it’s up to the creative team to deliver. If they don’t, the epic yet harrowing story that we are given in #192 along with everything that has led to it would be undermined by an inescapable turning point that fails to captivate. But if they do, the legacy of Rick Grimes will serve as a testament to the enduring legacy of The Walking Dead franchise and symbolize the message it has brought to millions of fans around the world.

That what we have in each other is worth preserving, at whatever cost.

The Commonwealth will continue on, as will the other surrounding communities we have come to know. Carl will undoubtedly assume a much larger role in the series and The Walking Dead will continue to explore the dire world before our beloved survivors. What has changed will be the precedent that must be set in Rick’s honor. The achievements that he can inspire, not as a man, but as a martyr.

The remaining pages of the issue are filled with despair and a struggling sense of unity, but there is something much darker brewing as well. Carl’s visit with Sebastion that ended with an ominous “Ta-Ta” hints that this world could soon turn even more cruel. While this is all intriguing, the sheer significance of Rick’s death weighs too heavily to really give these aspects the focus they might warrant. The reactions will be both wild and unpredictable, I’m sure. But one thing is for certain, the memory and legacy of Rick Grimes will live on forever.

This issue is an achievement in some of the highest quality long-term storytelling available. It has earned it’s right to make these types of decisions, and just as they have shown countless times, they can execute with near perfection. The Walking Dead #192 delivers on every facet, from the artistic direction to the lettering. Kirkman, Adlard, Guadiano, Rathburn and Wooton have undoubtedly delivered an instant classic, setting the stage for a brand new era of The Walking Dead.

Love it or hate it, this is a defining moment shows a serious commitment to a single rule for this ruthless world.

No one is safe. 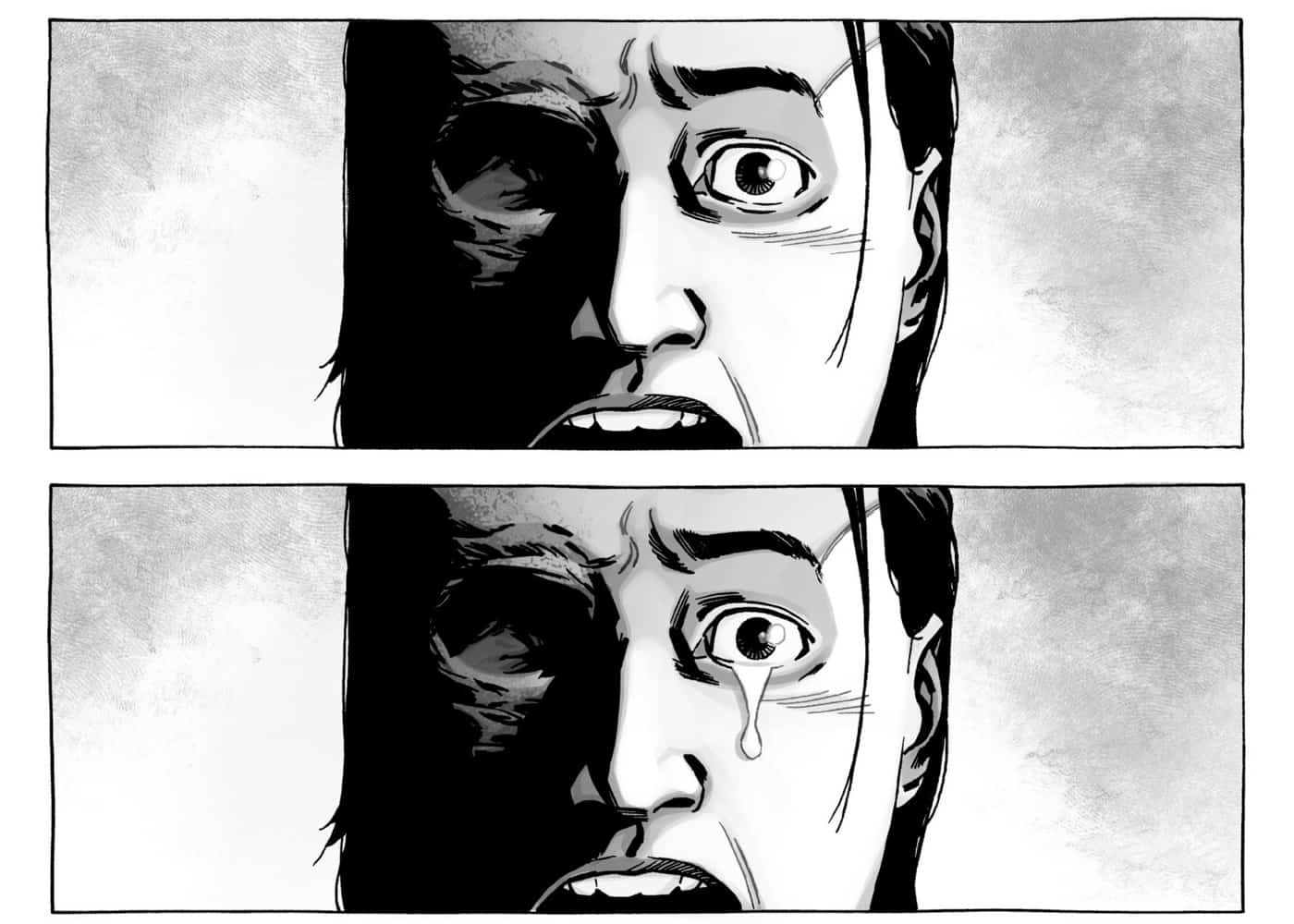 As we move on from this emotional issue and look towards the future of the series, plenty of fans will notice Robert Kirkman’s final words in the letters section where says…

“See you next month! And with Rick Grimes gone…who will be the focus of this series?! I’ll give you one fucking fuckity guess, you fuckers.”

While the fan-favorite character Negan is certainly primed for a comeback, we will just have to wait and see where Kirkman and company take us. I will say this though, Negan’s rather unique and dark sense of humor could be just what is needed after going through the events of issue #192.

The Walking Dead #192 is a truly bold and exceptionally well-executed comic that will be long remembered as a critical turning point. Whether it will use this to catapult the series to even greater levels of storytelling grandeur remains to be seen, but for now, it is a reminder why this is one of the best comics you can buy right now.