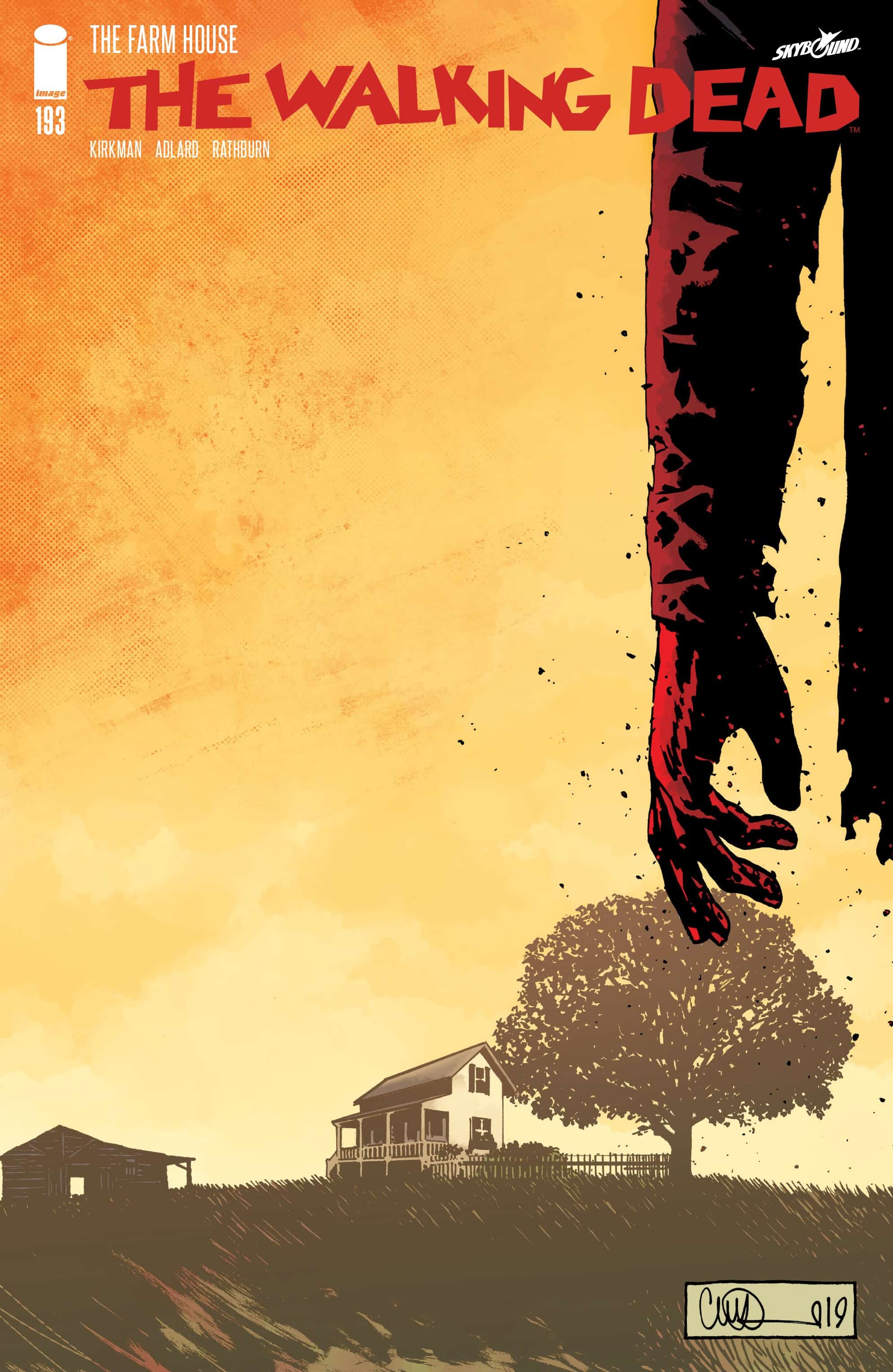 “THE FARMHOUSE” Out in the countryside, trouble is brewing for a certain someone.

The comic that spawned a franchise which went on to take the world by storm has reached its shocking and unexpected conclusion in The Walking Dead #193, an issue that strikes a delicate balance between timelessness and modern significance. 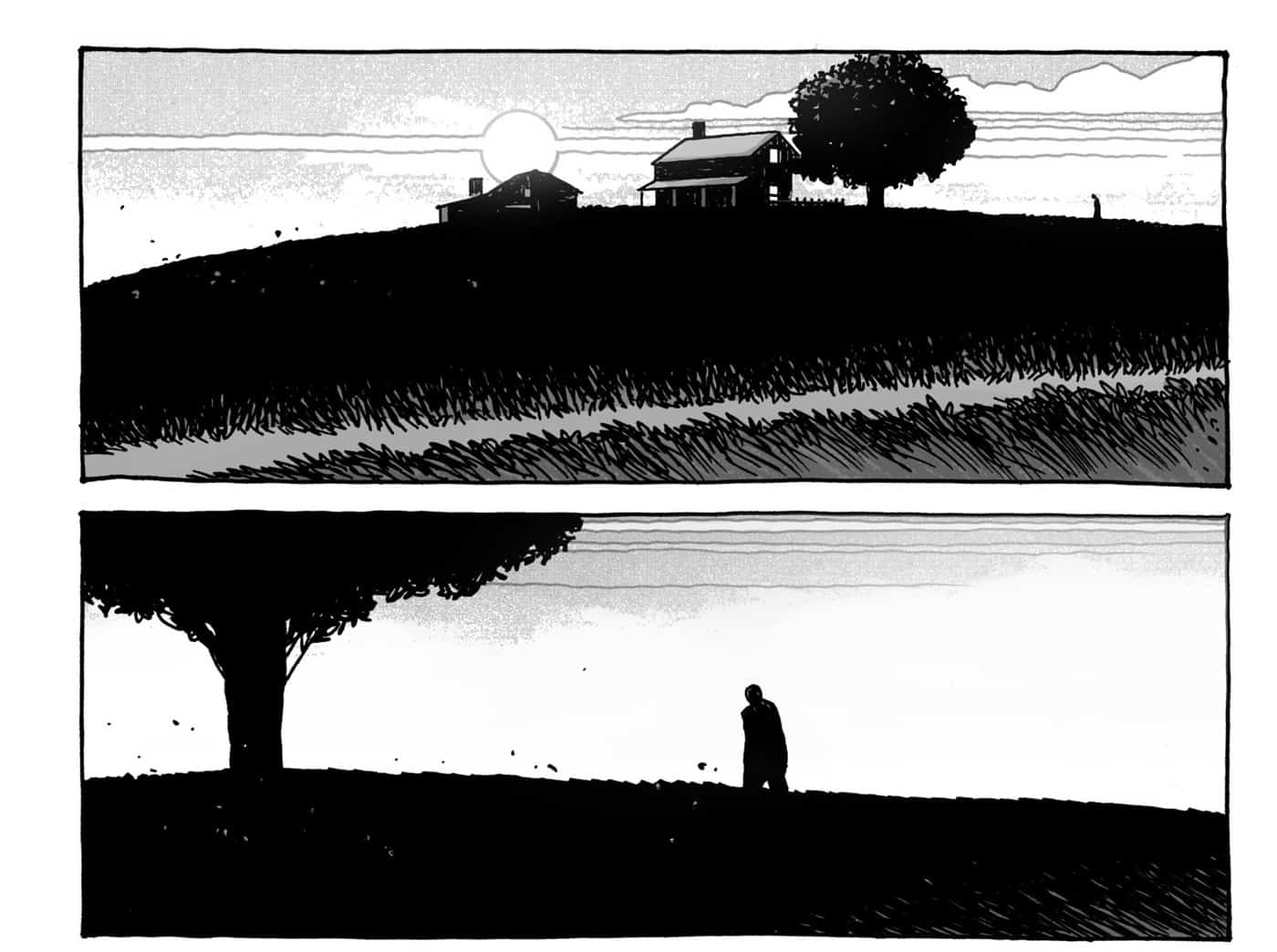 The events of prior issues have given way to rampant speculation recently, including everything from a new lead character like Carl or Negan to an entirely new series in the form of a spin-off, but what we are given in issue #193 is the turning of a final page in The Walking Dead story. It is an ending befit of a story that gave rise to #1 hit-television shows, swarms of merchandise, one of the best fandoms in the industry and even an upcoming series of feature films. What started as just a little zombie comic turned into a global sensation that resonated with all of us on a fundamentally human level, but all things must come to an end.

The story of The Walking Dead is one that made us appreciate life in it’s truest form and hug our loved ones just a little bit tighter. As we followed Rick from the moment he woke up from his coma to losing his best friend Shane, from taking on the role as leader in this New World to leaving behind a safer place for Carl and those he cared for, we couldn’t help but inject ourselves into his struggles and hardships. The Walking Dead is the story of Rick Grimes and how he brought humanity back from what seemed to be the absolute point of no return, but its also the story about what we can all achieve together. 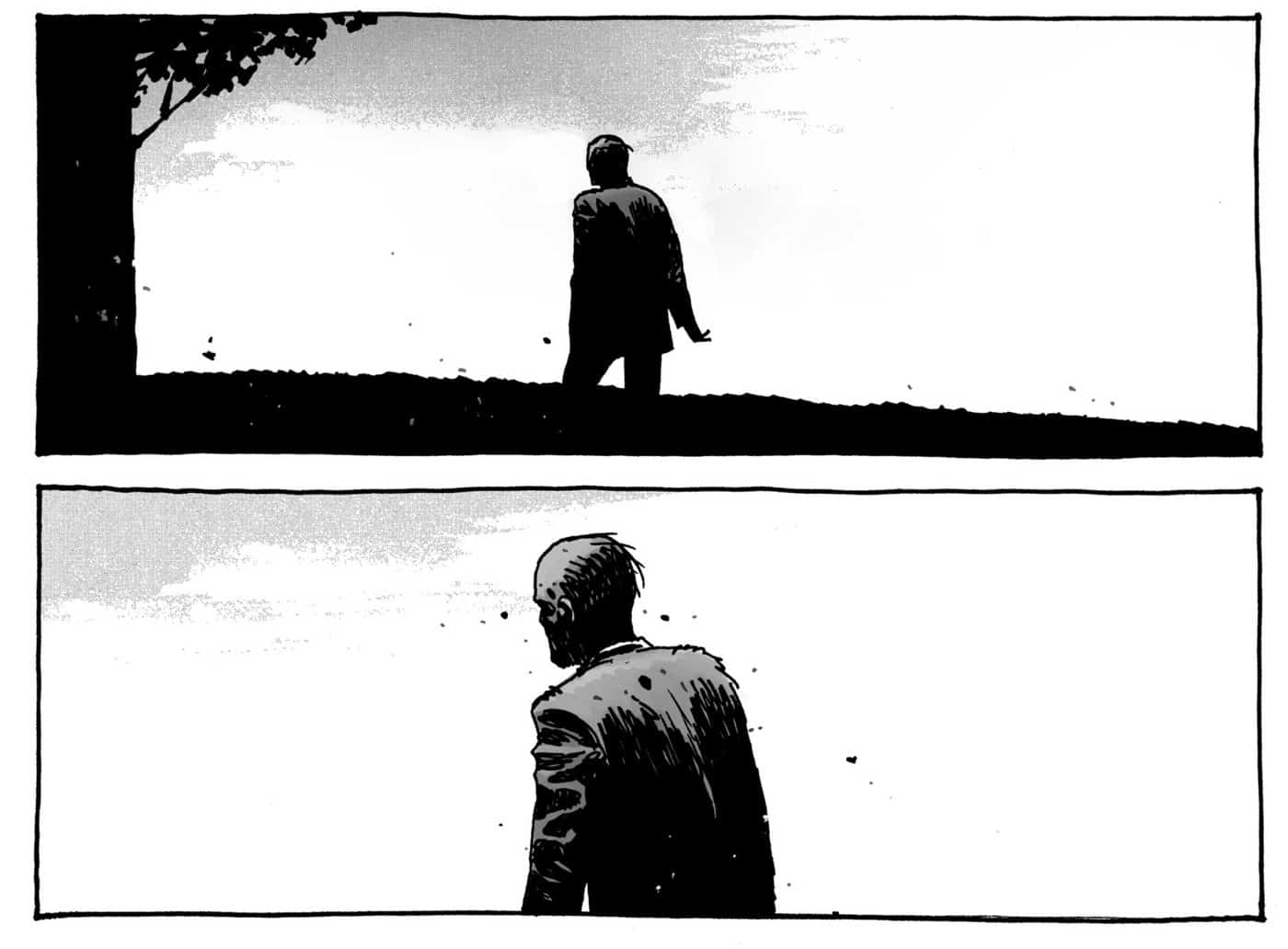 While the accomplishments of The Walking Dead as a comic series and a franchise are plentiful, this issue in particular is significant due to the infallible closure it delivers. Providing context to over one hundred and ninety issues and bringing that long-running story to a satisfying yet genuine conclusion is certainly no easy task. Kirkman, Adlard and the rest of the creative team pull this off and so much more in issue #193. It stays true to the emotional foundation of the story and gives credence to legacy of Rick Grimes that will continue to impact generations to come.

Standing on the shoulders of one of the greatest comic series of all time, the final chapter arguably had insurmountable expectations. Kirkman himself wasn’t immune to this pressure, having written and discarded different endings throughout the process of reaching this point. The choice to lie on solicitations and mislead fans couldn’t have been an easy one to make, but the success of this story has often been predicated on the sheer amount of surprises it contains. This final ‘OH SHIT’ moment for The Walking Dead is the perfect sendoff for the series, staying true to the core of what we have all come to love over the years and providing one last shocking experience we will never forget! 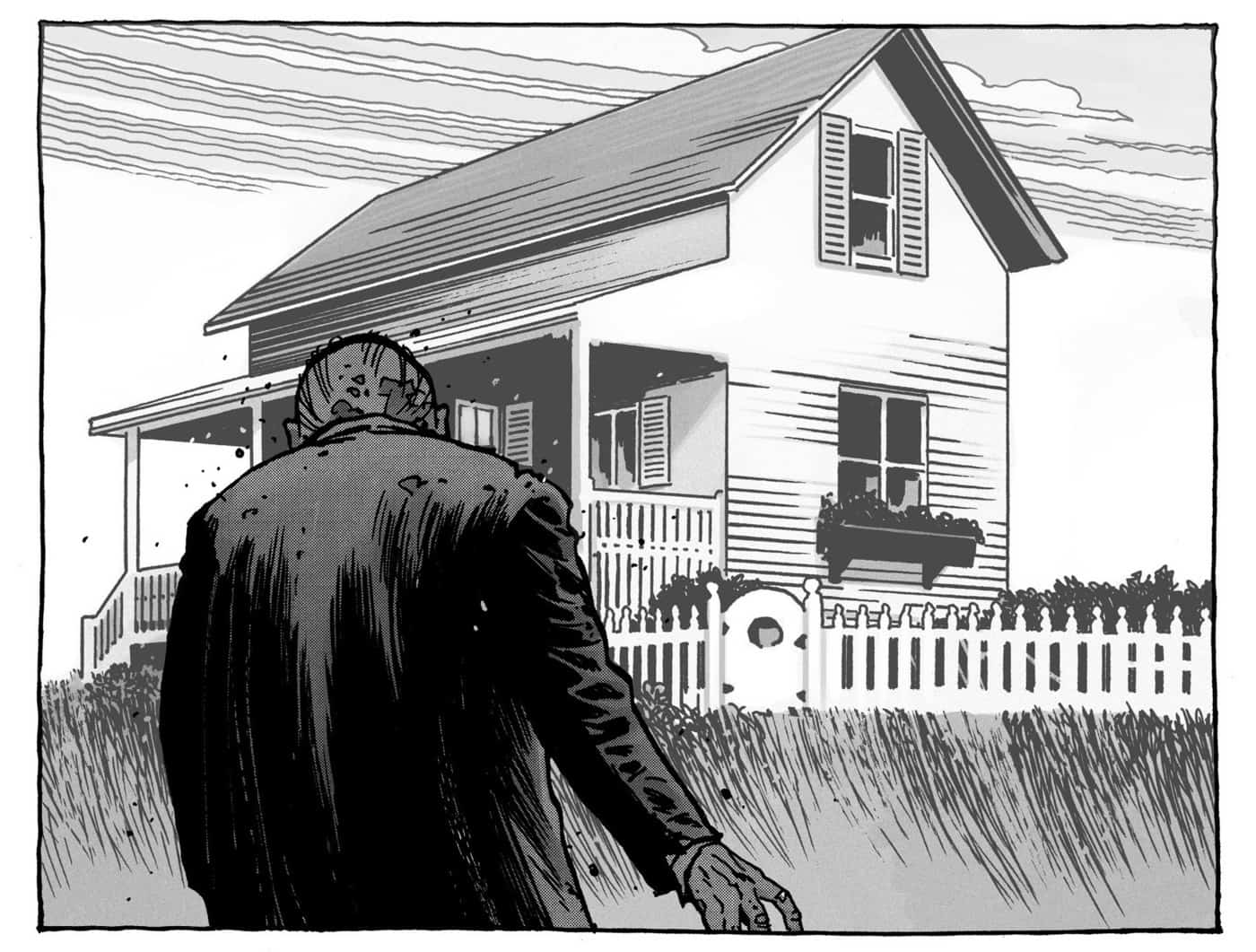 The last issue is an outlier in a series that redefined horror comic expectations for modern comics. The extraordinary steps that were taken to keep the events of issue #193 secret are a testament to the creative team’s uncanny ability to not just tell a surprising story, but to truly bewilder an audience and even an entire industry. It is an utter masterclass in exceptional storytelling. But this could have never been achieved without the magnificent artwork that drove the story issue after issue, spearheaded by the incredibly talented Charlie Adlard. While many have participated and helped to make the book what it is today, Adlard’s vision and consistent execution solidified the series’ place in comics history.

I spoke heavily on the topic of Rick Grimes’ legacy in my review of issue #192, claiming it would be the ultimate breaking point between the relative success or failure of the decision to kill off the series’ main character. While I had assumed we would be exploring that legacy in the years to come as the series continued onto issue #200 and beyond, we truly are given all of the answers we could possibly need in this final issue. The legacy of Rick Grimes is what the New World is founded upon and the mythical nature of his memory emphasizes his ongoing impact. The world has been forever changed by this man’s journey, and it shows.

The New World that we find ourselves in throughout The Walking Dead #193 strangely feels both familiar and surreal. It’s inhabited by recognizable faces, but it feels and operates unlike anything we have ever seen. There is a sense of normality established that gives the impression humanity finally won, but we never forget that it was this very sense of normality that Rick fought so desperately to bring back into reality. This beautifully allows the entire issue to be told in his honor. 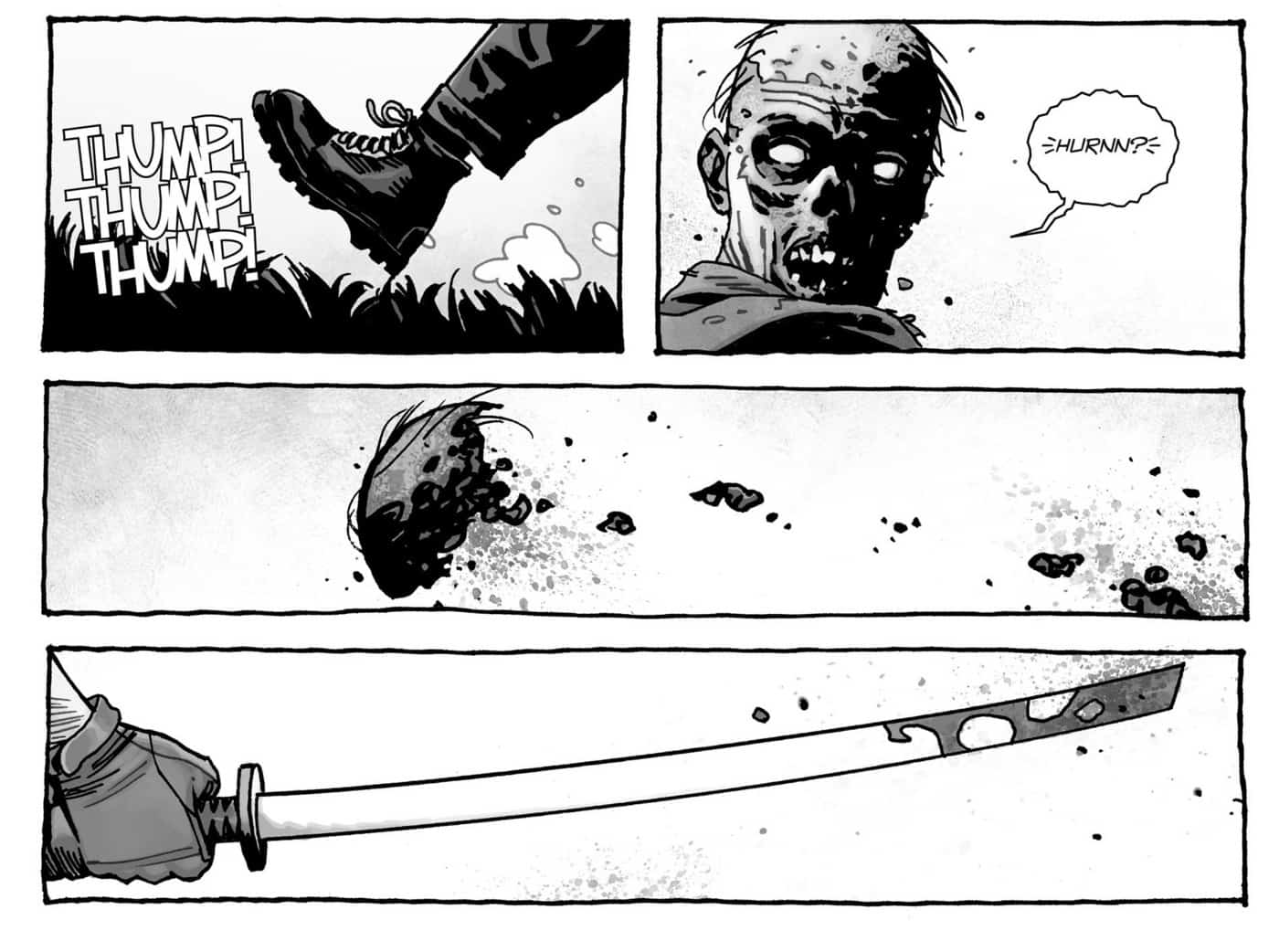 The end result is a final chapter that is both heartwarming and inspirational in a way only The Walking Dead could ever be. So, as we say farewell to a series that has captured our imaginations in the most terrifying of ways since 2003, it’s important to remain grateful for the experience, excited for what the future holds, and most importantly, remember…

We are NOT The Walking Dead.

'The Walking Dead #193' is the issue that stunned an entire industry, shocked fans to their core and solidified the long-running horror series as one of the greatest comic book stories of all time. Rest in power, Rick Grimes.