The Weatherman #1: Clever with the Weather 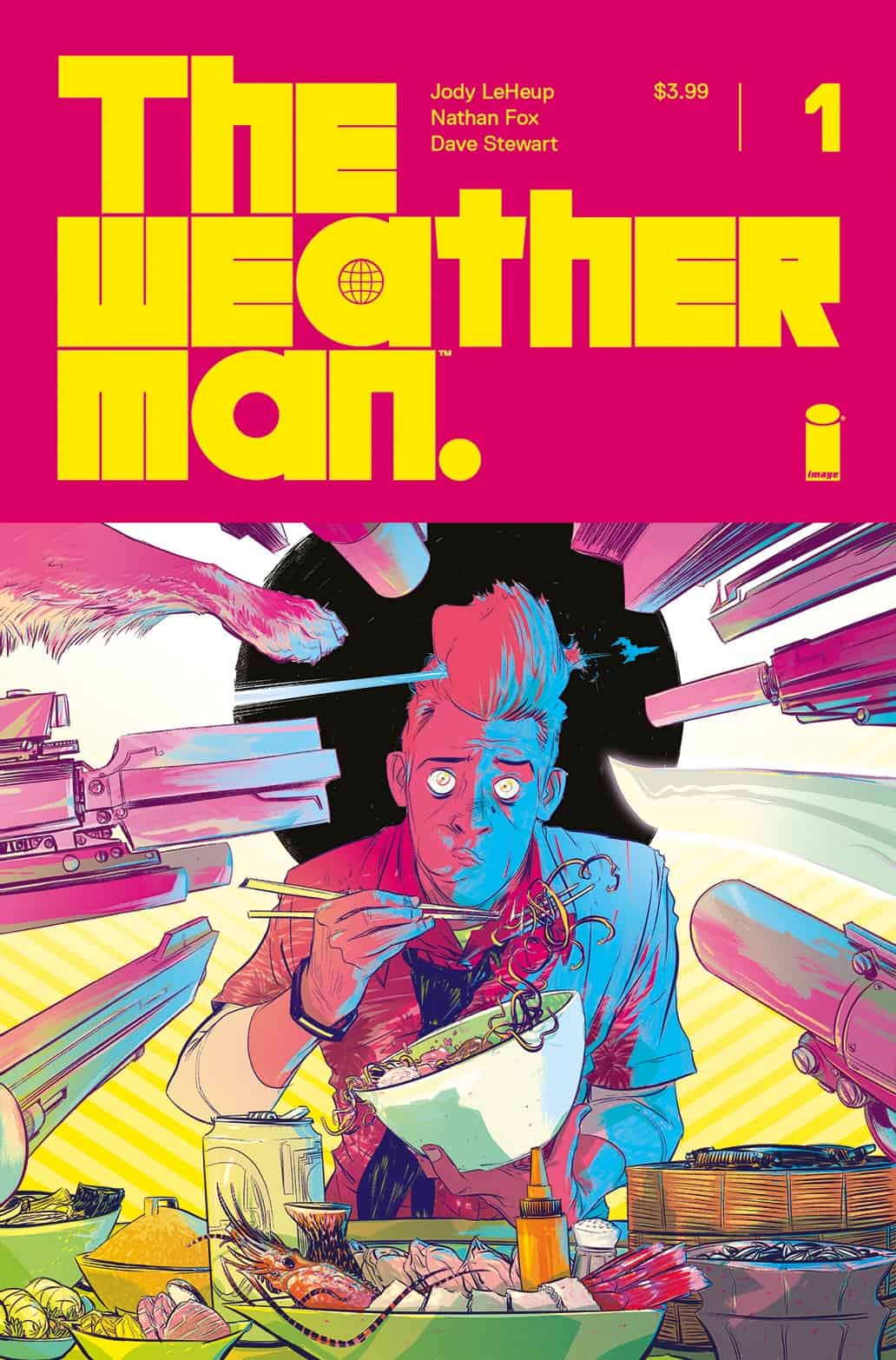 Imagine you’re a weatherman. A Han Solo-esque weatherman with Hawaiian shirts and a smiling dog named Sadie. Now imagine you’re on Mars. In a future filled with the passively melancholy leftovers of humanity. Now imagine that you’re accused of near-genocide.

Feel it? That buzz? Like a florescent light in the back of your head? That feeling—that confusion-sprinkled self-important brand of excitement—is the modus operandi of Mighty Martian Meteorologist Nathan Bright, the protagonist of The Weatherman.

Nathan Bright is Al Roker if Al Roker acted like Johnny Knoxville. He’s loud, he’s arrogant, and he attempts to breastfeed an infant on live television. But he’s also self-aware. Nate realizes that most people think of him “as a novelty,” and he uses his fame and his braggadocious on-air persona to help others forget about their problems—and life on Mars in 2770 is apparently filled with problems. 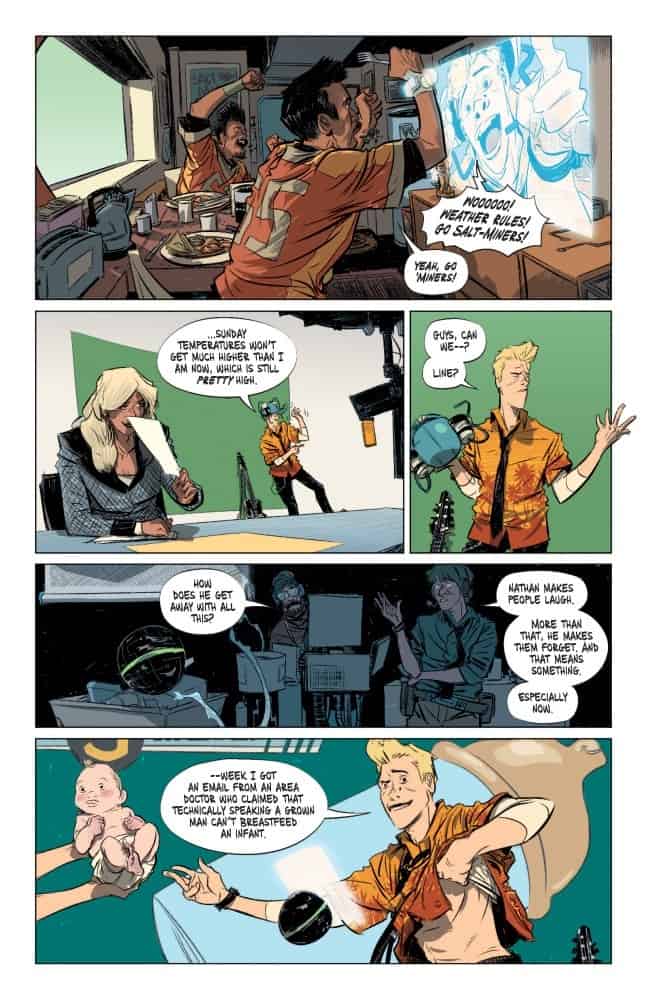 The first issue of The Weatherman does not offer many backstory-focused details, but readers do learn that a large portion of Earth’s population is gone. A two-page spread in the issue’s opening scenes reveals a stadium-sized monument dedicated to the now-deceased “eighteen billion men, women, and children” who linger in the minds and hearts of the Martian population.

Though some of dialogue is a bit clunky at times—a likely byproduct of the constraints of first-issue characterization—the pacing is impressive. No moment lingers longer than it should, and action sequences are an exciting flurry of fists and feet. Like the fight scenes in the Bourne films, the action-filled pages of The Weatherman are an impressive blend of chaos and intentionality.

The artwork strengthens the narrative (and vice versa). Though The Weatherman’s version of futuristic, colonized Mars is relatively similar to modern-day New York, the art and coloring still manage to inject the story with a cyberpunk aura, like a mildly visualized version of Neuromancer or a less gritty version of Transmetropolitan. Bold reds, yellows, and oranges pop from blocky grey backgrounds, and panels are organized carefully on the page, each offering something relevant. The visuals can seem chaotic at times, but I imagine the clutter is intentional: The Weatherman is a chaotic story. Clean or minimalistic panels would have been an artistic misstep.

The marginalized antihero trope is a staple of comics, arguably to the point of oversaturating the graphic story marketplace with moody maligned men and women. But The Weatherman’s wild setting and style spread a fresh, somewhat unique gloss over the clichés, allowing readers to overlook some of the more hackneyed aspects of the story. And I hope readers overlook those clichés because this seems like a story worth reading.

I read the synopsis of the first issue prior to reading the comic, and I was still shocked by the narrative twists. Assuming that future issues are similar, The Weatherman is going to be one hell of a ride.

The Weatherman #1: Clever with the Weather