The Weatherman #2: Save Us, Nathan Bright 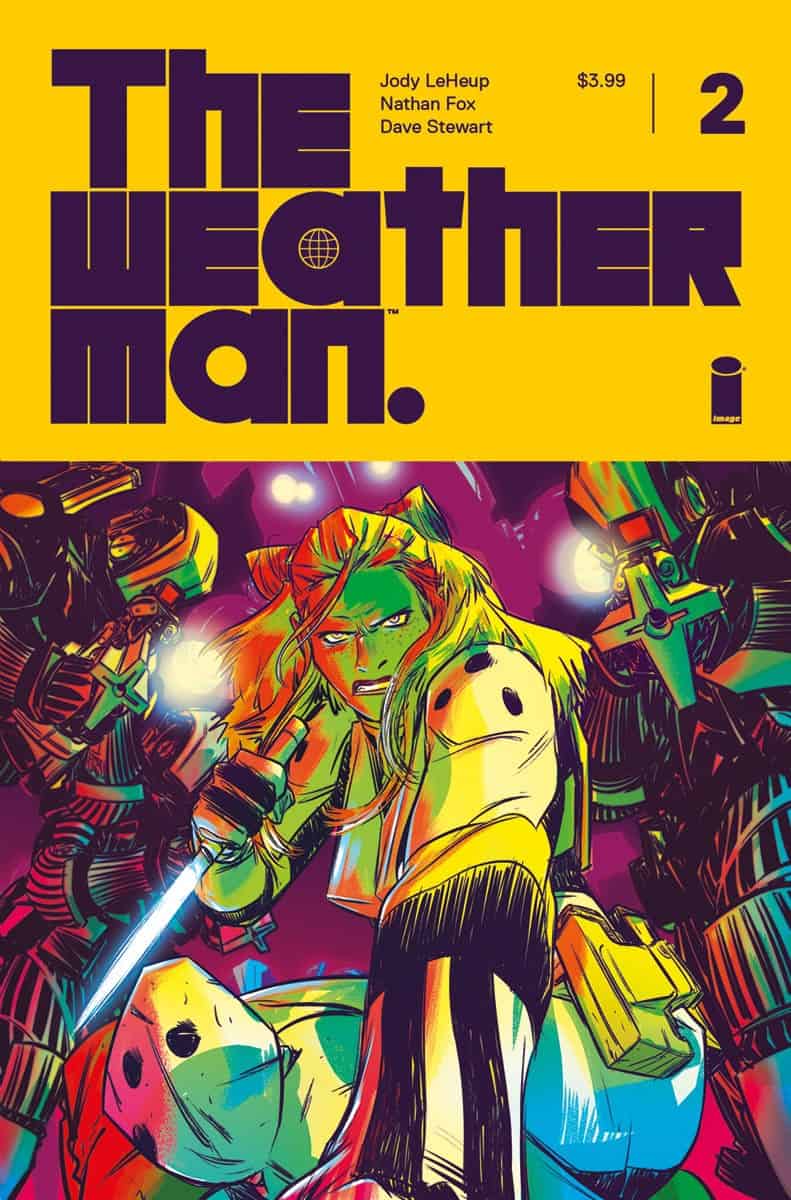 Nathan Bright is an insolent weatherman on Mars who has been accused of near-genocide. He instinctively killed a “former security chief for the Gorlog crime family on Venus” after he was attacked by some bounty hunters while on an emotionally topsy-turvy date with his “girlfriend.”

He is confused, traumatized, and disheartened.

Early last week, I had a bad day. I forgot my coffee at home; my car’s heat died on my way to work; and I stumbled over my words all day long (which, as an English teacher, is sort of an occupational faux pas). Early in the day, I momentarily forgot what chalk was called. And later I misused an idiom like an idiot.

In The Weatherman, Nathan Bright, the comic’s arrogant Martian protagonist, is accused of mass murder by his “girlfriend.” And she begins the second issue by torturing Nathan physically (by having an Agent 47-esque minor character turn Nathan’s eye into a piece of passion fruit) and emotionally (by draping Nathan’s recently deceased dog Sadie over his captive shoulders like a fur stole draped over the shoulders of a pretentious early-1900s socialite).

On second thought, my day was fine. 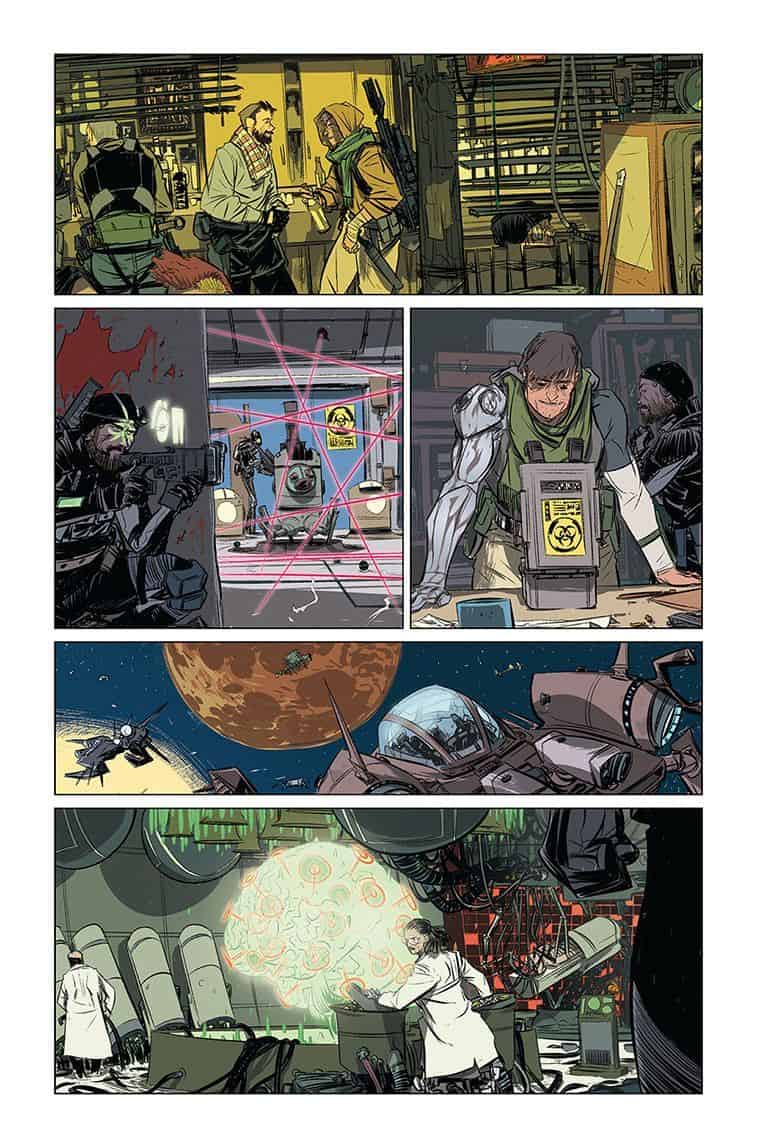 The Weatherman’s second issue moves as quickly as its first. The writing is deliberate, and the artwork enhances the narrative without overshadowing characterization. Only a few panels contain negative space, and those few panels use the space to impressive effect.

The second issue of The Weatherman also provides much-needed exposition. And, damn, it’s intriguing. It has been a long time since I’ve mumbled “Oh, shit!” to myself more than once while reading a single issue of a comic, but my time reading The Weatherman #2 was filled with muted exclamations of profanity.

Part of that exposition focuses our attention on Agent Amanda Cross, a skilled, flawed, and somewhat volatile operative who has been directed to uncover information that may help prevent future atrocities. In this issue, Cross emerges as one of The Weatherman’s more three-dimensional characters, painted with the perfect blend of sharply focused motivations and multifaceted feelings.

The Weatherman’s artwork continues to amaze. On each page, fast-paced motion transitions flawlessly into and out of profound character-building moments, and this movement-frames-moment style of comic art is the sort of thing that keeps readers running back for more.

The characters run too. This issue ends with Nathan Bright running—but away, not back. And here’s hoping that Nathan makes it where he’s going. Because as one character notes, “Right now the fate of humanity depends on Nathan Bright. He breaks…we break.”

I love The Weatherman’s cover art. Colors pop like Skittles—as if someone poured out a bag of Skittles and melded them to the page. Most times, you shouldn’t judge a book by its cover. But here, go ahead.

The Weatherman #2: Save Us, Nathan Bright