The Young, the Old and the Controlled (Hal Jordan and the Green Lantern Corps #33 Comic Review) 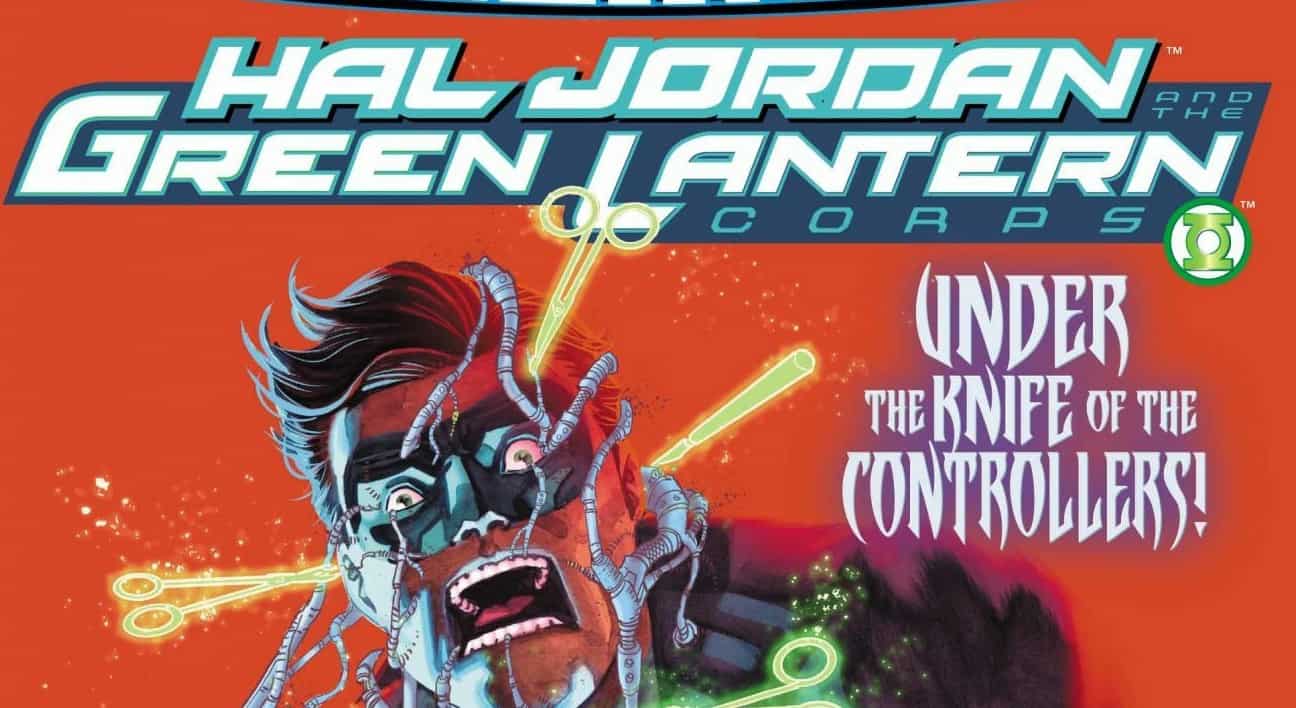 Hal Jordan and the Green Lantern Corps have been through a lot lately, from the fall of the new gods to the departure of the Sinestro Corps it seems they haven’t had a break for any kind of peace. In the wake of Tomar-tu’s expulsion after murdering Sinestro corps member in cold blood a new Xudarian lantern has taken his place, but the universe is a dangerous place for a young lantern…

What you need to know:

Hal Jordan and the Green Lantern Corps have been reunited, having been separated following the Betrayal of the Guardians, Hal attempting to take the blame and exonerate the rest of the corps in the process. After an attempt to unify with the Sinestro Corps the Green Lantern Corps is stronger than before, but how long will it last? Tomar-tu was ejected from the corps following the murder of a Sinestro Corps officer, his replacement has arrived, a fellow Xudarian, and possibly the youngest corps member ever. Meanwhile the Guardians, reunited with the corps via Kyle Rayner, have returned to Mogo.

What you’ll find out:

Our story begins in an unknown location, a small blue figure is running from an unseen assailant in a dark and misty alley, his pursued addresses him by name and identifies him as the guardian Yekop. As he is cornered he turns to defend himself his attacker blasts him with a burst of red light. 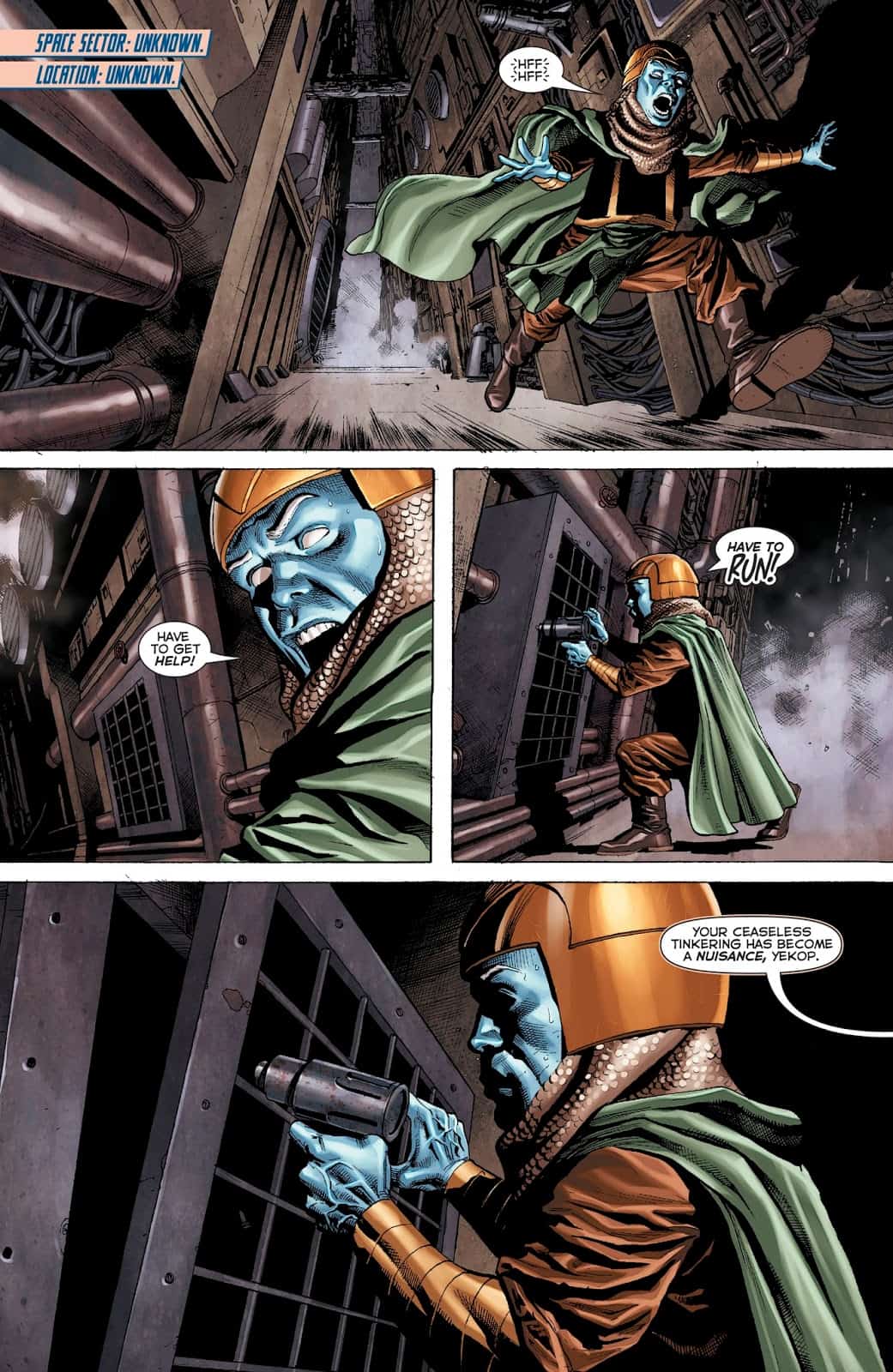 We cut away to find newest and youngest Green Lantern, Somar-le, testing out her ring for the first time under the instruction of the Guardians Ganthet and Sayd. The Guardians say that the will of children is particularly strong but express concern at her combat readiness, the guardian Sayd mentions they ought to institute a minimum age requirement for the future, but Somar-le can stay as she was selected before any restriction was in place. 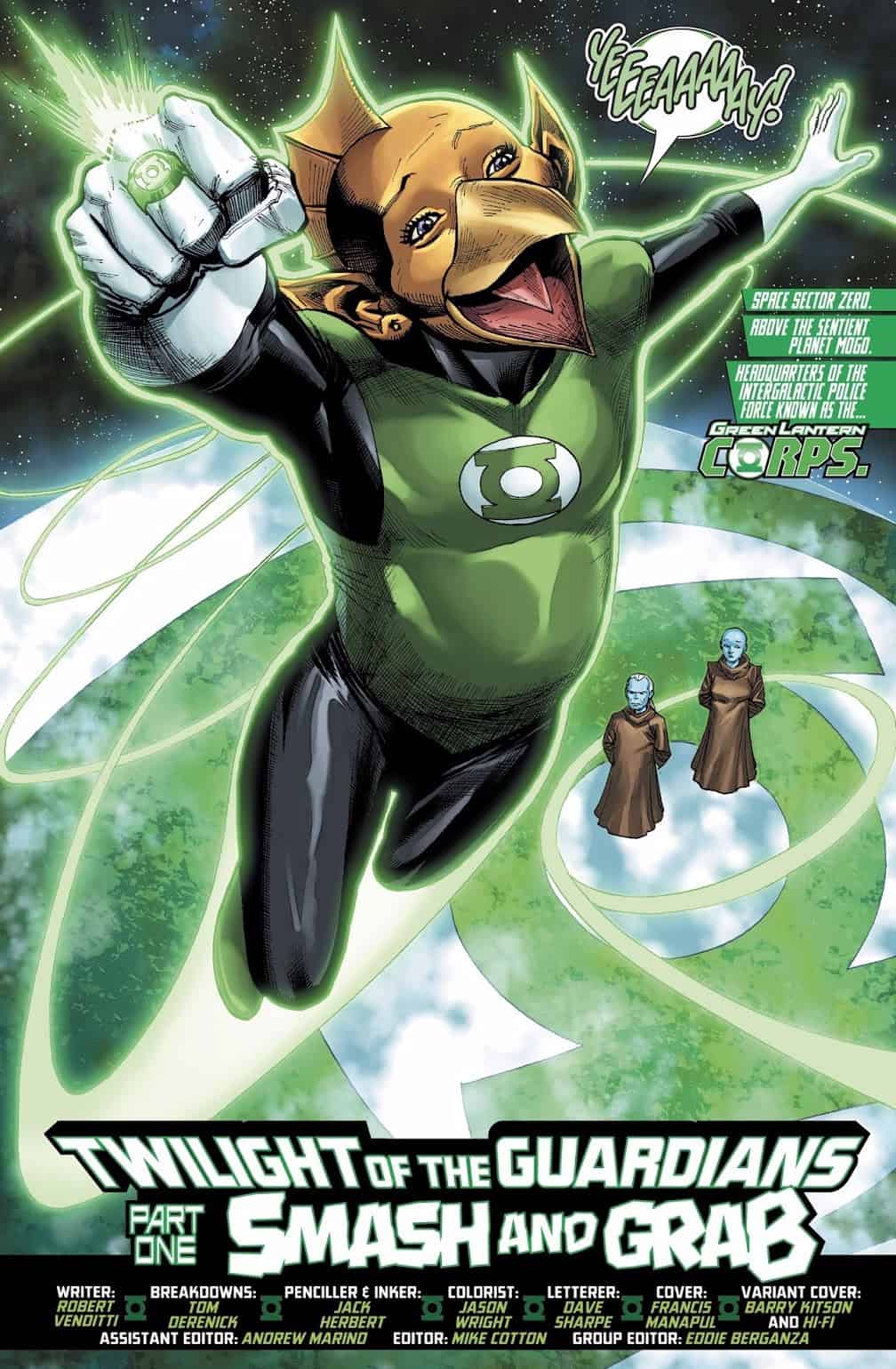 They decide her involvement will be restricted in the short-term until she has indicated she is able to use her ring with responsibility and discipline. Just then Jon Stewart flies up and says he wishes they had done the same thing with Guy Gardner. Jon expresses amazement at the enthusiasm and joy that Somar-le shows in flight, a feeling green lanterns very rarely have time to experience. 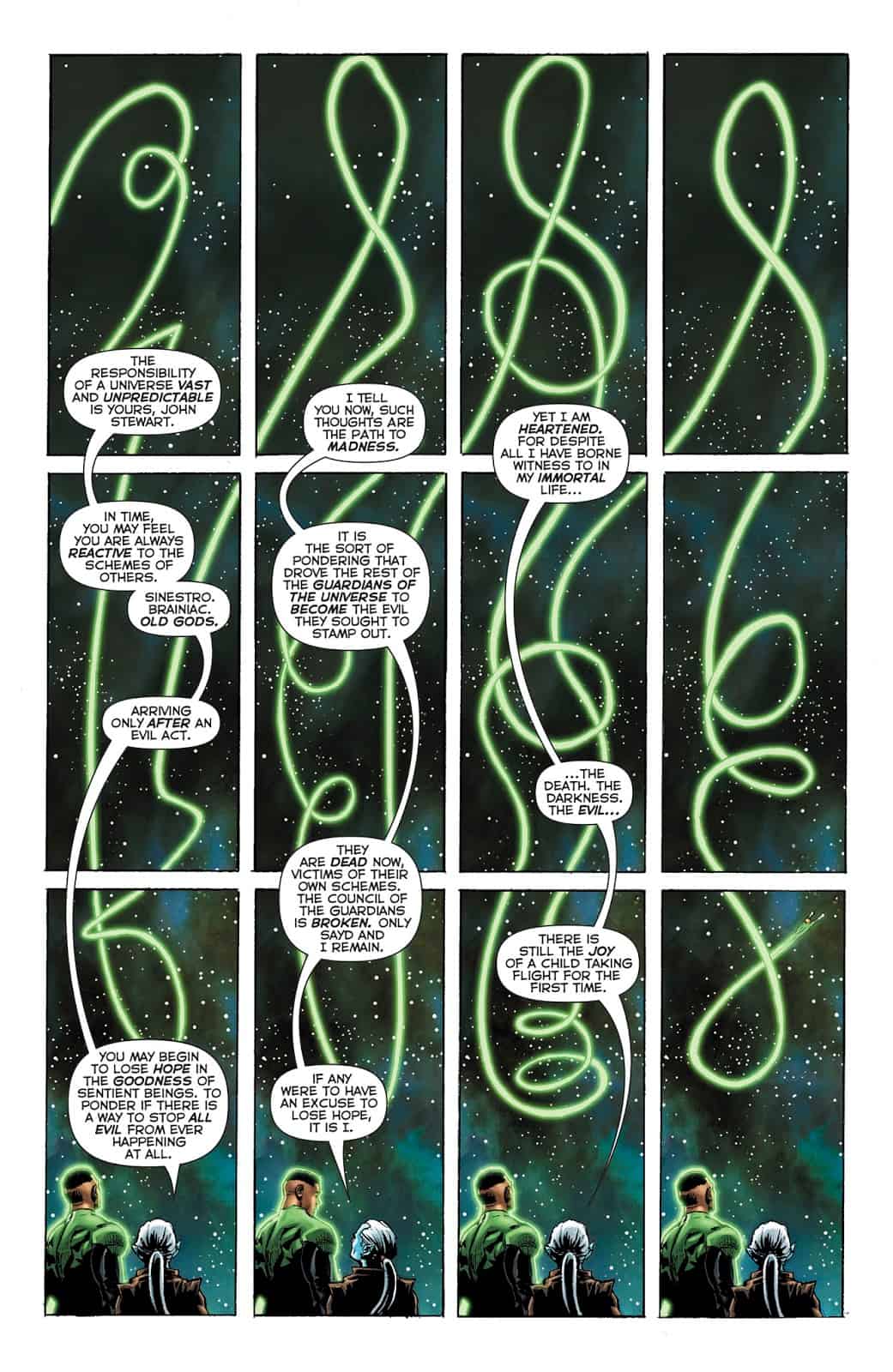 Ganthet tells Jon that the corps has had a lot on their plate lately, but he should always take time to enjoy the little things, Jon thanks Ganthet for the advice, and heads back to the Green Lantern command center. 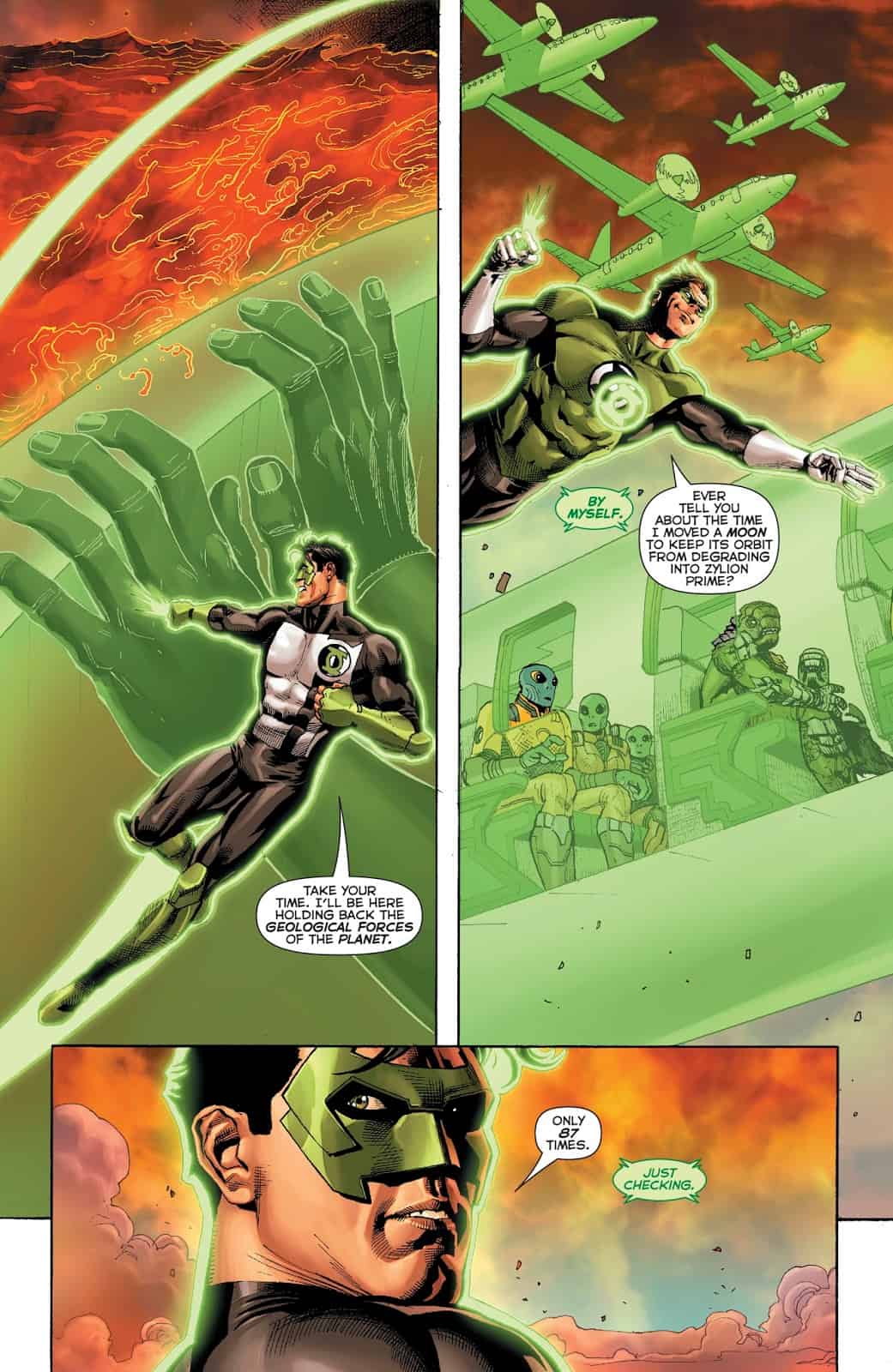 We find Kyle and Hal in space sector 3482 on the planet Molta evacuating citizens away from an erupting volcano, Hal constructs planes and flies all the Moltarians to safety while Kyle creates a dam and holds the lava back. Hal mentions that Kyle’s constructs seem very basic for him and asks if something’s on his mind, Kyle says that although he loves being a Green Lantern, he is feeling somewhat unfulfilled and he misses Soranik, who departed with the Sinestro corps in the Fracture arc. 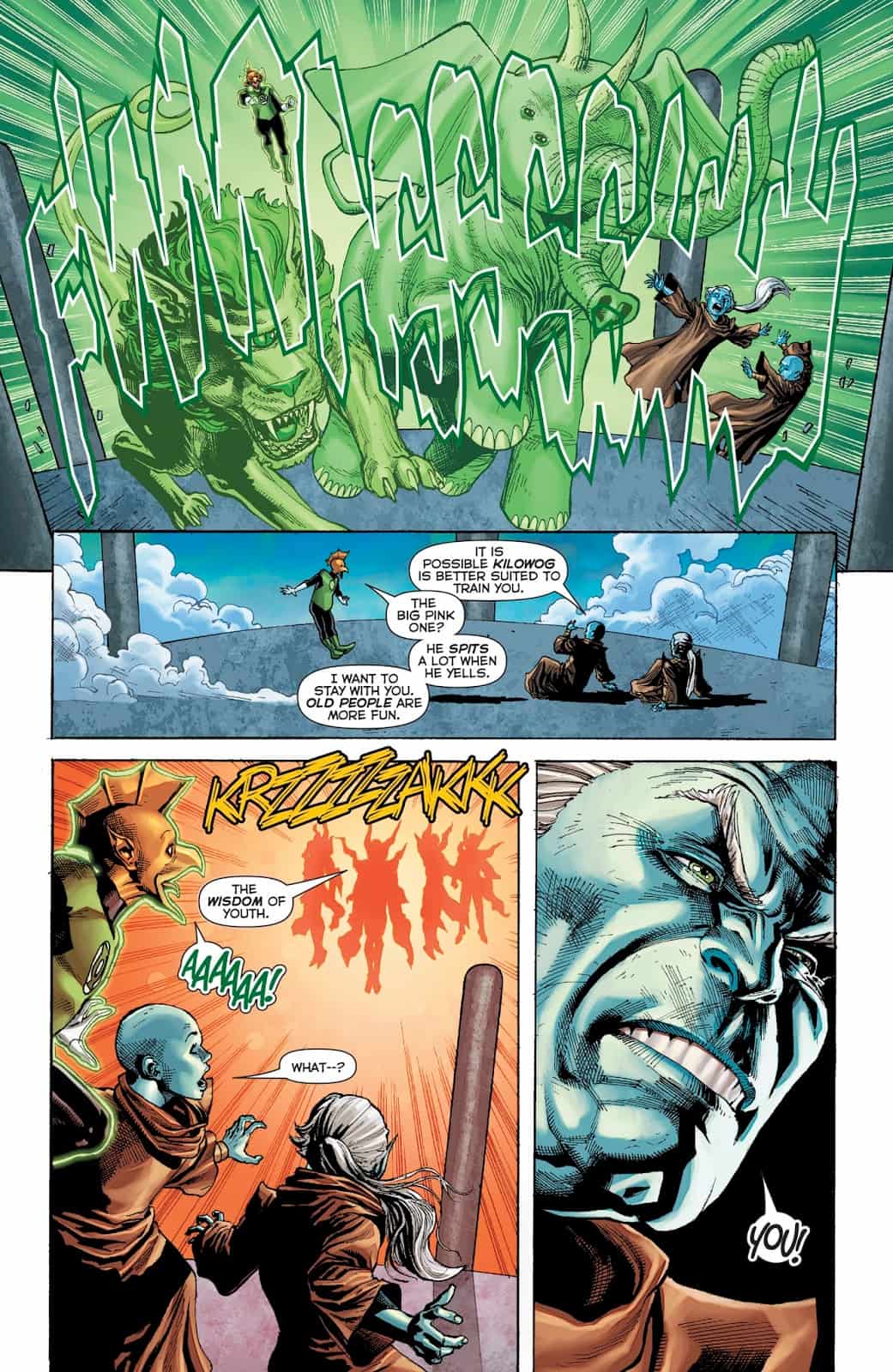 Meanwhile the Guardians are showing Somar-le how to make constructs, At first she makes small toys and the Guardians explain that her experiences in life dictate what types of constructs she will make, they are only limited to her imagination. They tell her that although toys are great she might need to defend herself one day, like the Green Lantern’s that saved her planet from Starro the Conqueror. Somar-le thinks back to the death of her parents deaths, her constructs grow to gigantic sizes, knocking the Guardians out of the air briefly. The Guardians say that maybe Kilowog better complete her training, just then a red light flashes across the sky, the Guardians fire at it, telling Somar-le to run for help. The Guardians combine all of their might and fire, but it is not enough to stop the force that is coming towards them, the Guardians disappear in a flash of red light. 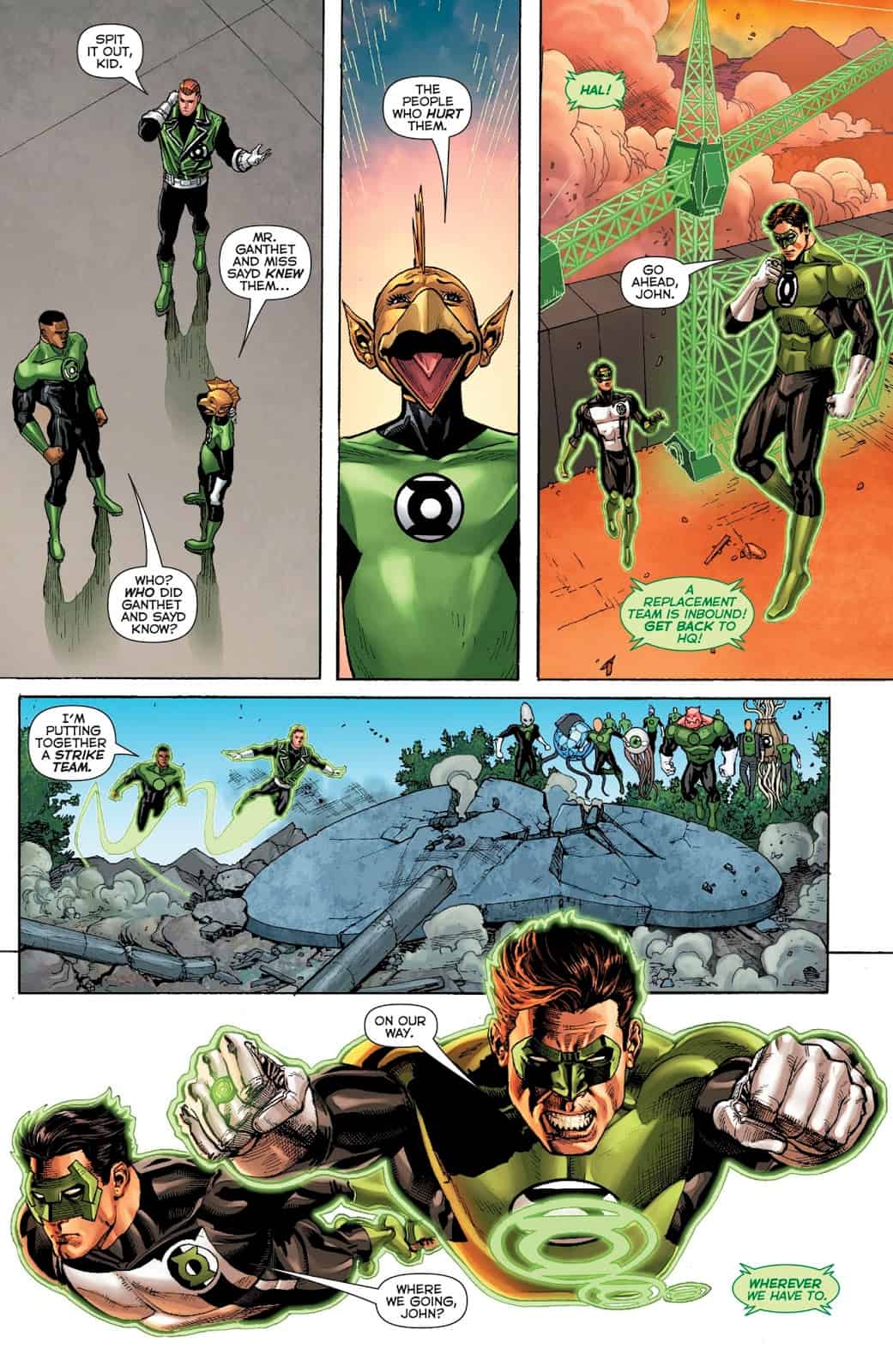 Somar-le makes it to the command center and finds Jon Stewart, despite most of the Lanterns not taking her seriously she finally gets her message across, Jon calls Hal and Kyle off of Molta, explaining the situation and saying they need a strike team.

Ganthet and Sayd awaken in a dark room, as they try to stand and escape they are scooped into small bottles. A voice reveals he has figured out how to negate the guardians powers, the scene pans out to reveal a dozen bottles with guardians in them, the controllers stand in the middle, victorious. 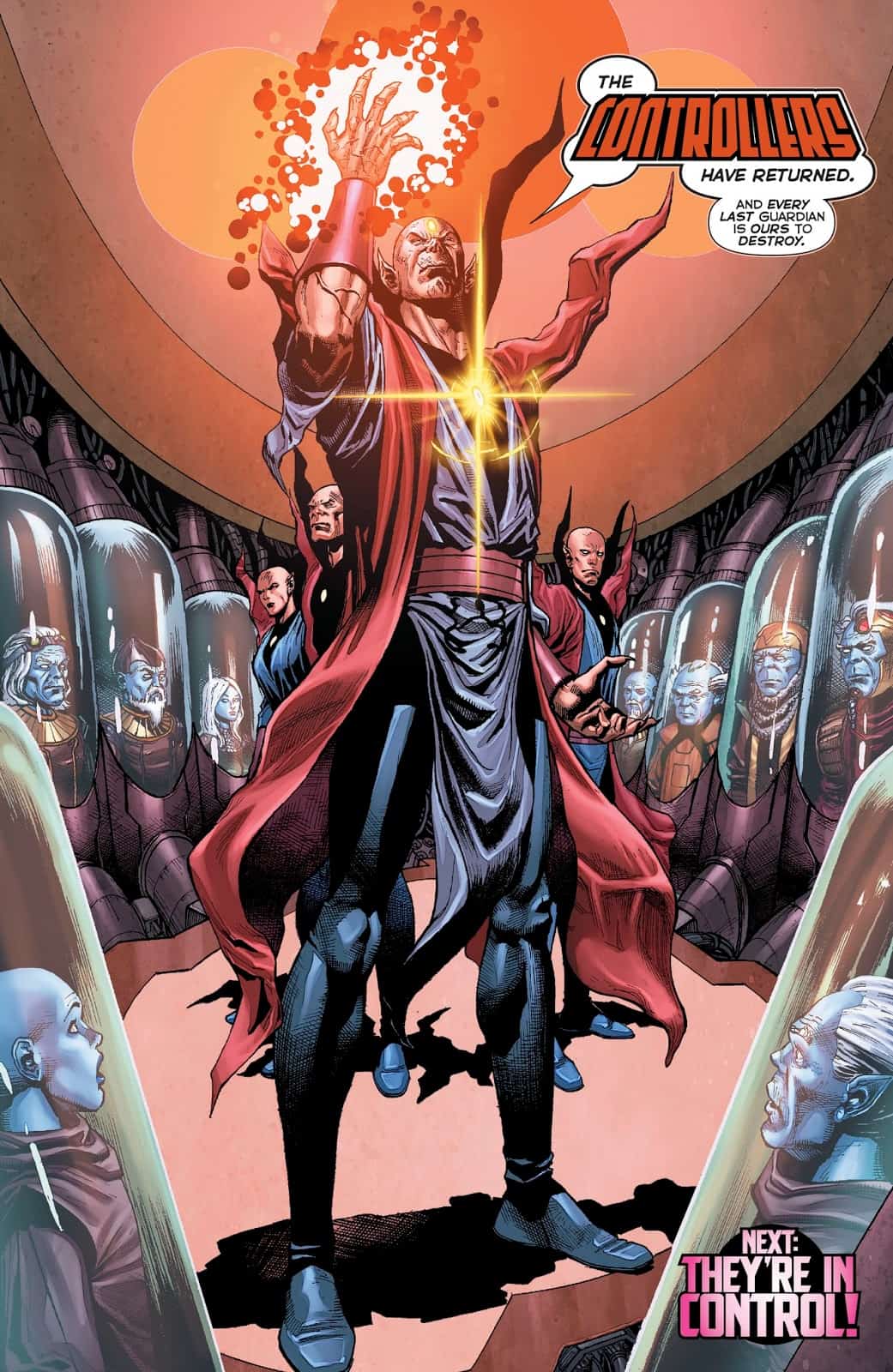 I  love this issue it tied up a couple loose ends that have been up in the air since the fracture arc, although having a couple crossover tie-in issues will do that. It was nice to see something good came of Tomar-tu’s departure, and seeing Kyle back in Green for the first time in a couple years is amazing, I like that the Guardians are going through some change it’s weird having a Green Lantern book without them. Overall an excellent book and series.

The art in this series has been incredible, and this issue is no exception. The Guardians look great, Somar-le genuinely looks like she is enjoying first flight, Jon Stewart’s admiration of her joy is very well shown, and the lava planet of Molta is very detailed. Honorable mention: some of the face close-ups, particularly the eyes, are amazingly well done.

Final thought:
This is a great series on all fronts, I would recommend it to anyone, easily one of the top 5 rebirth series. Hope you enjoyed and thanks for reading!