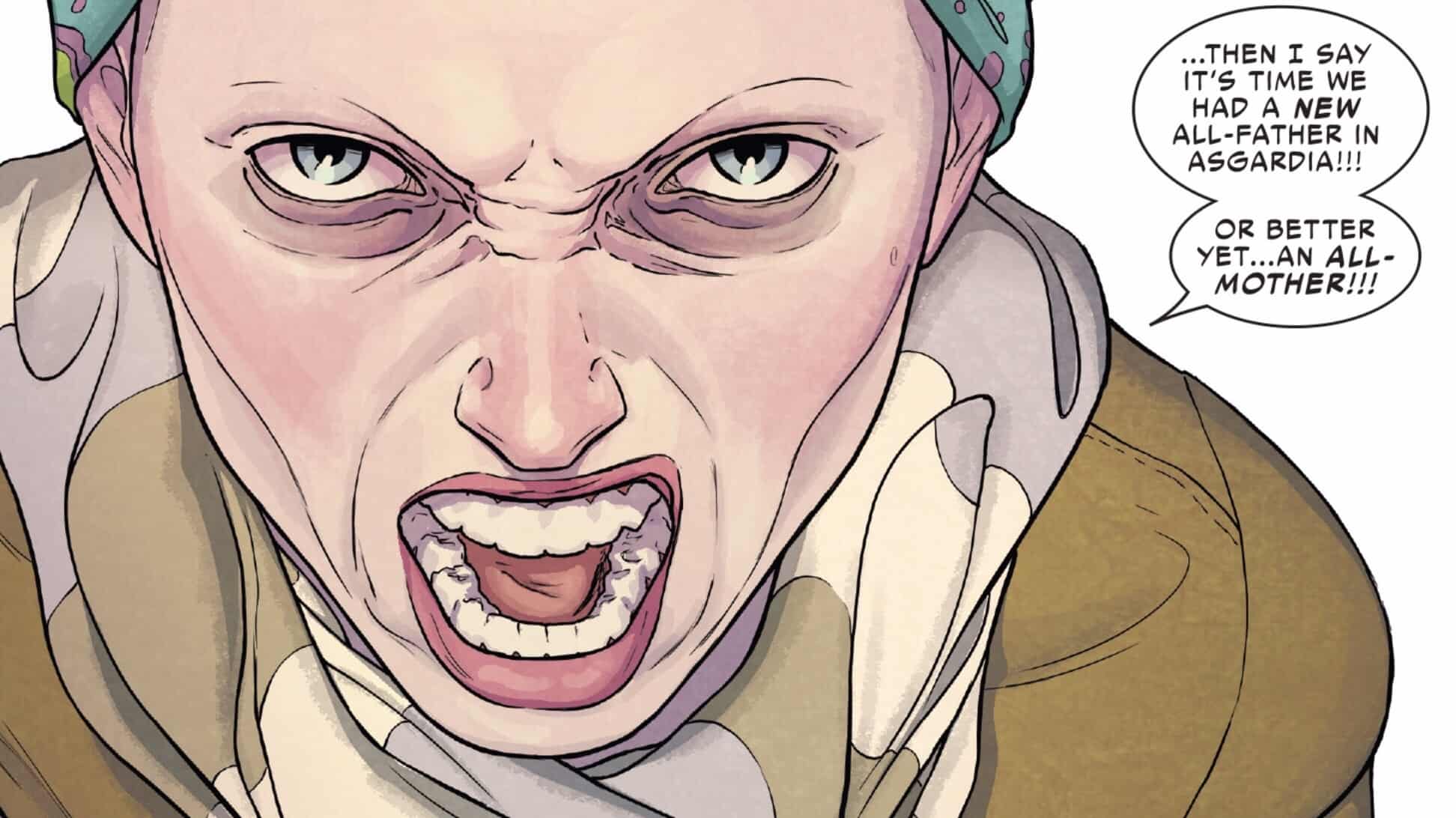 The realms are at war and it’s time for Jane Foster to confront Odin for his lack of action to stop it. 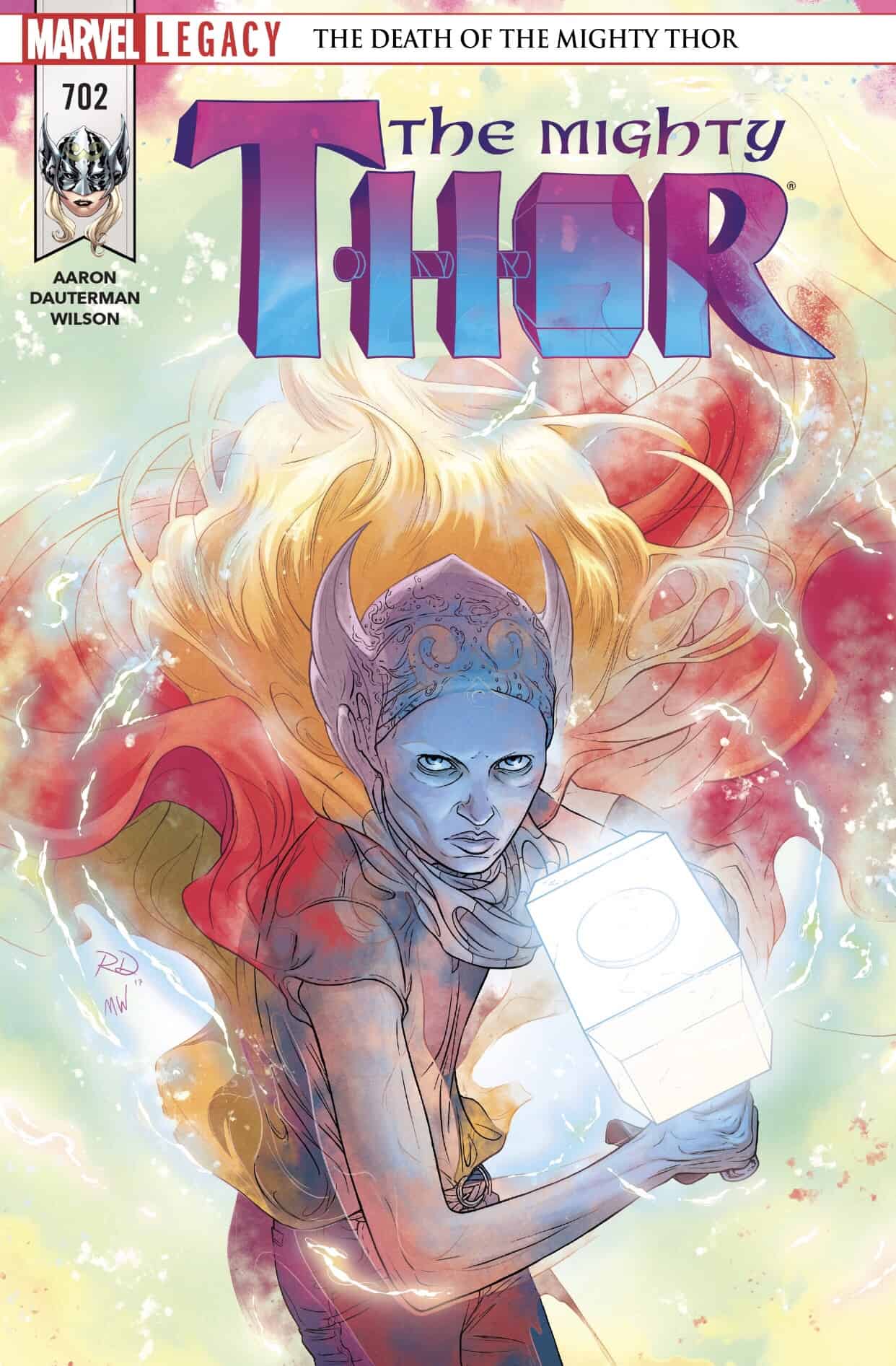 What You Need to Know: Jane Foster has taken up the mantle as Thor since the Odinson became unworthy. However, Jane is dying from the very same cancer that once claimed her mother. Every time she transforms into Thor, her treatment for the cancer is undone. But Jane has had no time for treatment as all the realms are at war thanks to Malekith and his allies. Malekith’s armies have killed the queen of the Norns, Karnilla. Freeing him to weave his own fate. And now to top it all off, the Mangog has come to kill all the gods he can find, already having nearly killed Volstag. How is Jane Foster going to survive having cancer when the 10 realms need her as Thor more than ever right now?

What You’ll Find Out:
Thor has been working nonstop, trying to put a stop to the war that Malekith and his allies have started, which has left Jane no time for her cancer treatments. From Jotunheim to Alfheim, and even to the depths of Hel. Thor is needed everywhere and there is only so much Jane can do alone. Thor must even convince Hercules to ask Zeus to have the Gods of Olympus intervene. Even if it takes all her strength to defeat the god of power in an old-fashioned arm wrestling match. The match is ended prematurely when the Odinson interrupts to gather Jane for something important he must show her. Hercules still agrees to ask his father for help and regardless of what his father says, Hercules will join Thor in her war.

The Odinson brings Thor to the fallen Volstag who is in a coma and beaten beyond recognition. Warning Thor of the Mangog that has come to kill Asgard. The Odinson also pleads with Thor to put the hammer down for a time in order for her to finally go get her cancer treatments. Reluctantly, Jane agrees but must first attend to one more thing before she gets treatment. Calling out the All-Father, Odin, Jane demands he finally step in to help put an end to Malekith and his armies. Otherwise, he needs to step aside and let another all-father step in. Or perhaps an all-mother would be better.

This rally’s the rest of the Asgardians who are eager to join the war and do their part to stop it. Before Cul can push his weight around to stop the Asgardians. Odin emerges and threatens to kill Jane if she isn’t removed from his site. Jane stands her ground, daring Odin to do something until Freyja appears. Having been stabbed by Loki with a poison so severe that they feared Freyja would not wake, she awakens. Having been stirred by Jane Foster’s words, Freyja declares that Jane is right. It’s time for the gods to be better than they have. Before action can be taken, however, Jane collapses from her illness.

What Just Happened?
Jason Aaron has been firing on all cylinders since the start of this arc. And nothing has changed. Less action then the previous two issues, this issue has had no less of an impact. Aaron has weaved an intricate story and the emotional side of things are just as exciting as the physical. With a title of The Death of the Mighty Thor. The conclusion seems almost certain but the journey is what makes it all worthwhile. And even if Jane Foster reaches her obvious end. So far the ride getting there has been worth every page. Jane Foster has become such an amazing superhero in her own right. The characterization of Jane has been the new standard bearer for what a female hero should be.

Russell Dauterman is becoming a personal favorite of mine. His art is gorgeous and the watercolor-like pages that Matthew Wilson creates just add to the beauty in each and every panel. This book is everything it should be from every storytelling standing point. Jane Foster looks just as fierce stating down Odin as much as she does as Thor. And that is saying something about the art in this book. That emotion just jumps off the page because of how good Daughterman and Wilson are. 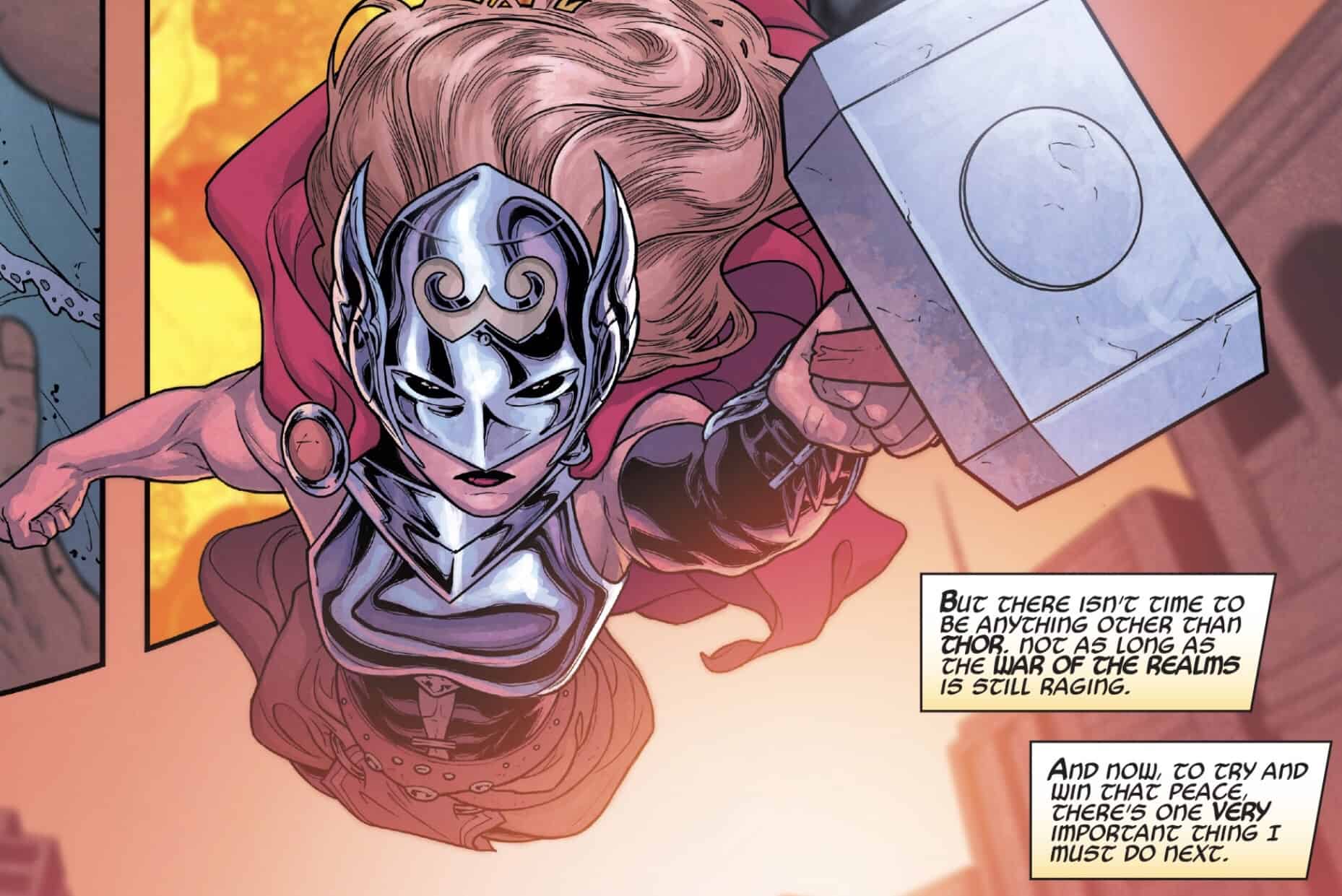 Rating: 10/10. Final Thoughts: This book is so good that I honestly don’t think I can articulate just how good. Thor is a superb comic book in every respect and if you’re not reading this series. You’re missing out on what makes a comic book so amazing. From the writing to the art, and everything in between. Thor is from first to last, the best title out right now.