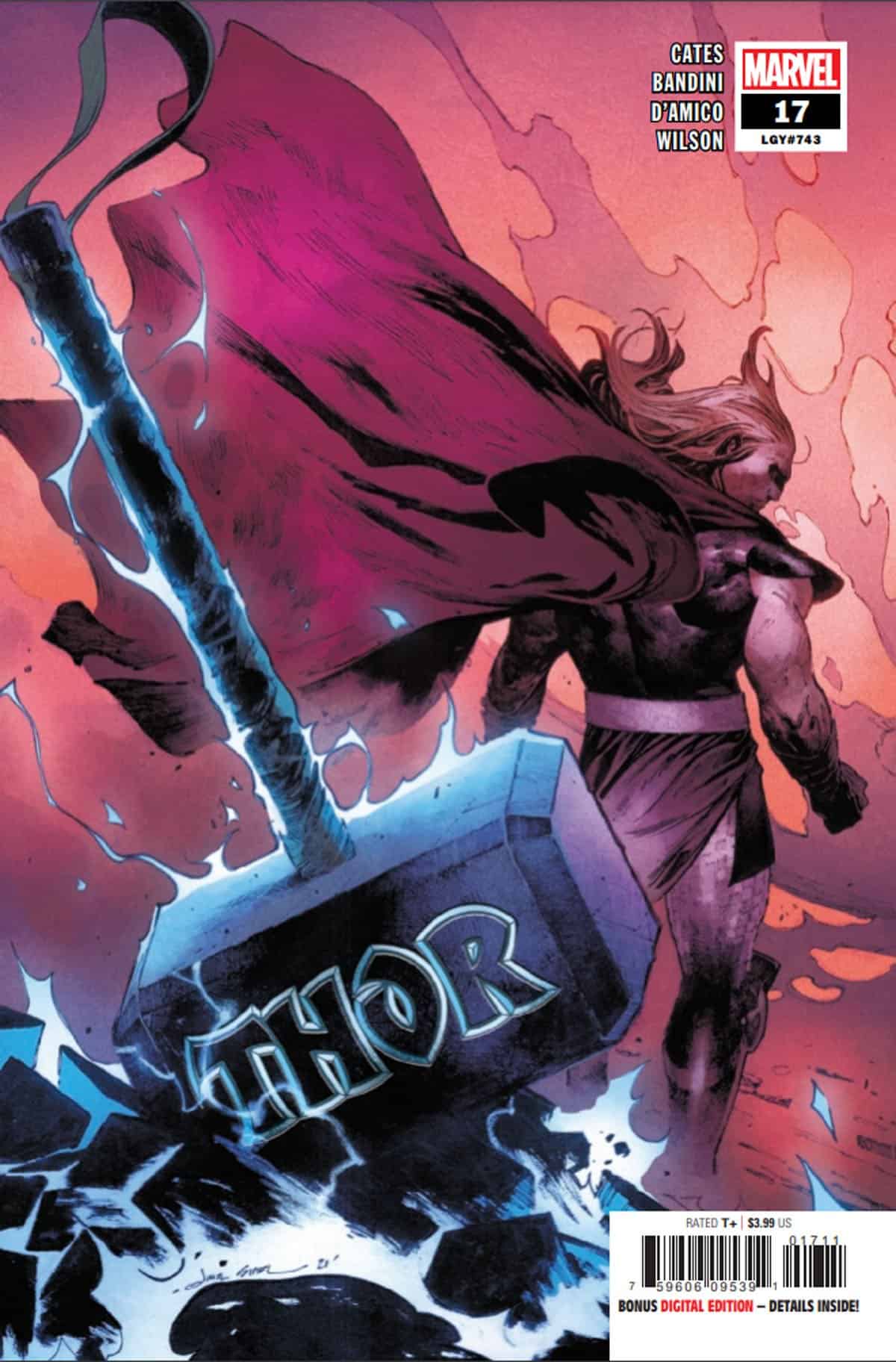 Lately, Thor has had trouble lifting Mjölnir. Deciding Mjölnir’s “disobedience” must be because he is now Asgard’s king and no longer its warrior, he leaves Mjölnir in the safest place he can think of: Avengers Mountain. Now, Thor and Odin have been summoned to Vanaheim by Freyja and Thor’s estranged sister Angela.

While Thor #17’s cover may suggest a focus on Thor’s choice to leave Mjölnir behind, the issue places its sights elsewhere: on the dysfunctional family dynamic of one of Marvel’s most powerful families. Picking up directly where Thor #16 left off, Thor is reunited not just with his father Odin, but with his mother Freyja and sister Angela. Thor #17 begins with an extremely bloody but nonetheless humorous fight-scene: roughly three pages of the issue are dedicated to showing Freyja riding a giant black cat with two automatic machine guns strapped to it. It’s a scene both dynamically and humorously executed by artist Michele Bandini and colorist Mathhew Wilson. 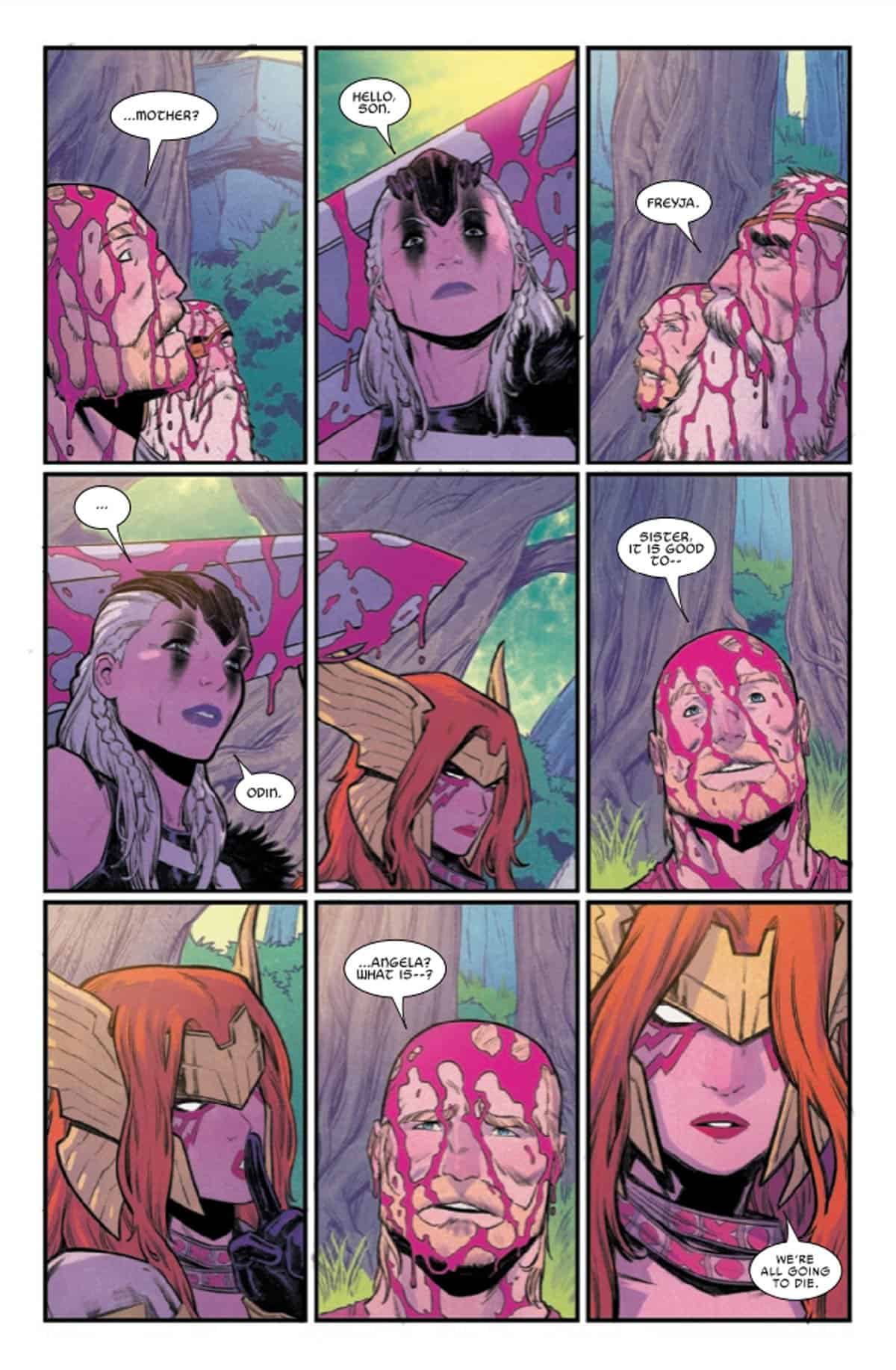 Not all of the issue is so deliciously absurd, as Donny Cates dedicates much of the issue to an emotive (inevitably interrupted) family confrontation/bonding scene over a campfire. This issue is one of Thor’s most balanced during Cates’ tenure as Thor writer (perhaps outranked only by Thor #14). He maintains an almost pitch-perfect balance of both dramatic and comedic elements. With Odin and Freyja separated, and Thor on the throne, Cates finally takes some much-needed time to explore what this means for not only Thor but other members of his family (beyond Loki). While it’s not necessarily a character piece, it still spends enough time developing characters to an extent that large set pieces and action sequences don’t feel overpowering. 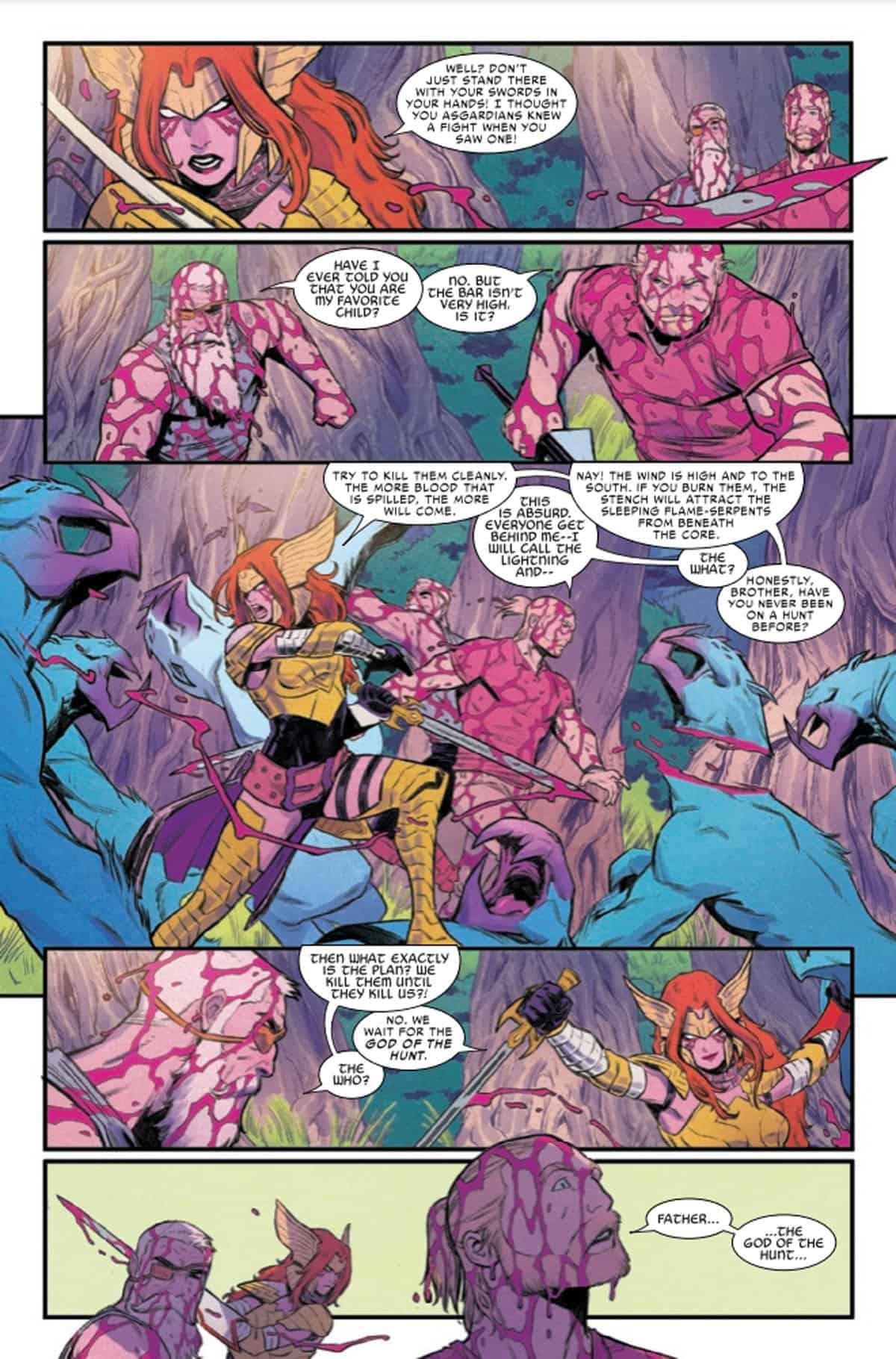 There are a few intriguing choices in panel layouts and Bandini sometimes draws figures and faces a bit stiffly, but he nonetheless effectively portrays the issue’s steady increase in emotional tension. His true talent as an artist shines during the action scenes. Wilson, meanwhile, moves effortlessly between the riot of color in the opening fight scene and the intimate glow of the campfire.

Among the comic’s variants is a delightful cover showing Loki & Miles Morales facing off against some Frost Giants. It would be a wonderful story to explore one day even if it’s sadly not part of the issue. 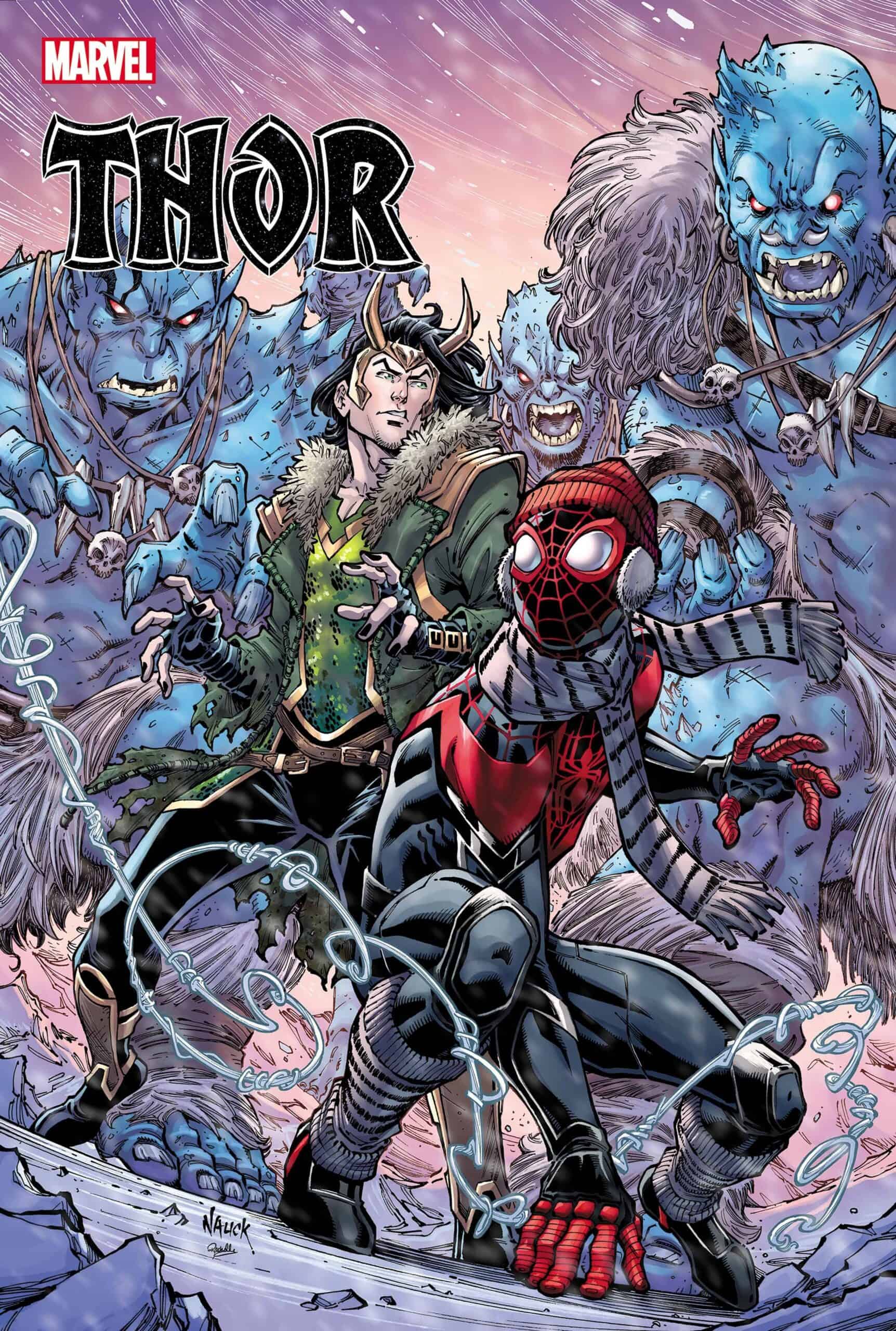 Thor #17 is unquestionably one of the best issues in the last two years. Deftly balancing humorous action with character-driven drama, it’s not one to miss.