Thor #23: Where the Hammer Falls 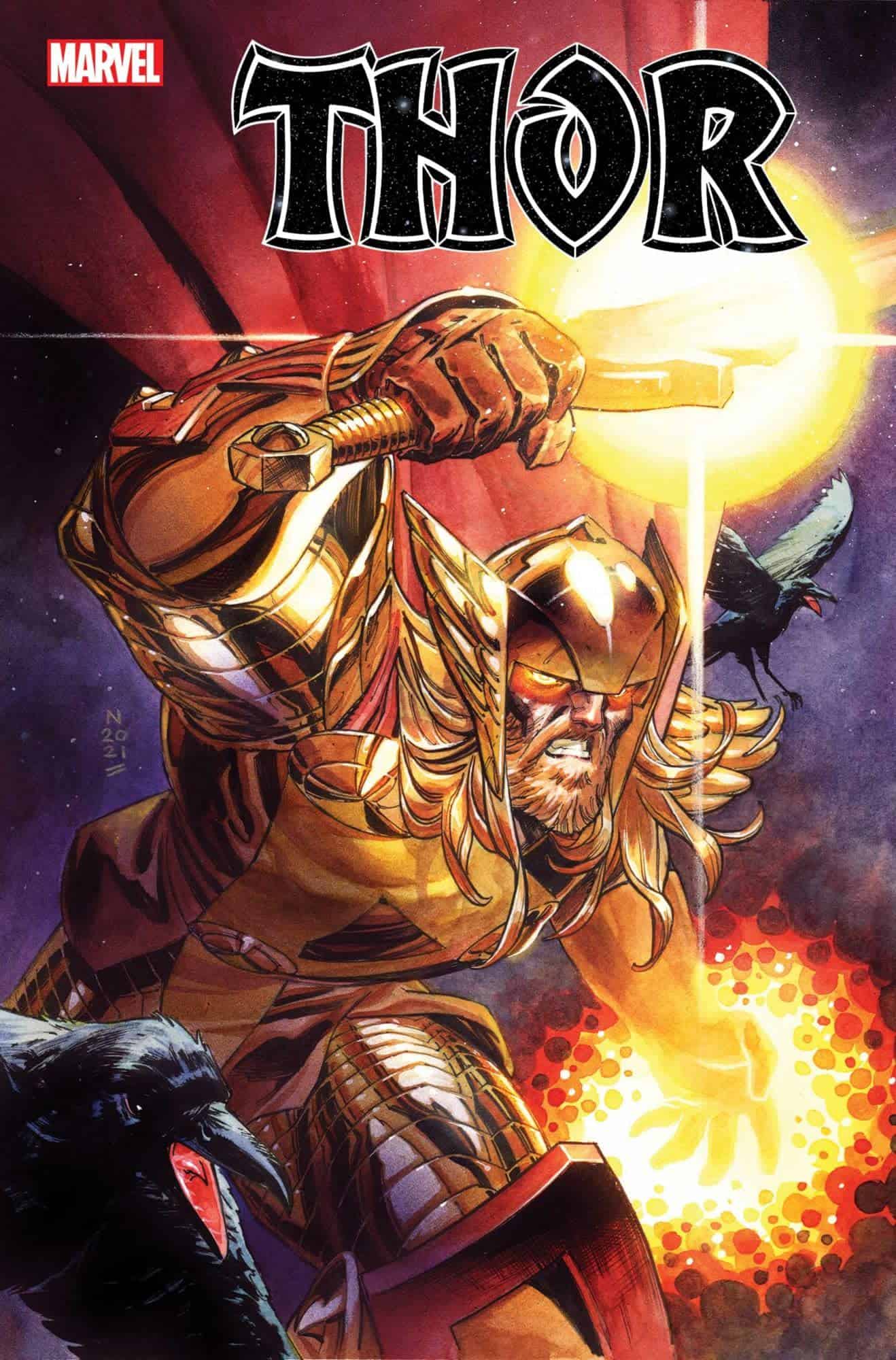 It's the final chapter in Thor's brutal war against the God of Hammers, and after a horrific and tragic loss, Thor is more determined than ever to finish the fight, once and for all. But can he triumph without Mjolnir at his side? Either way, by issue's end, Thor's life will be irrevocably changed!

At long last, Thor’s struggle against Mjolnir comes to an end. Like the arcs before it, “God of Hammers” further explores Thor’s character by turning yet another element of his identity into an antagonist for him to defeat. This arc wasn’t the first, even in the last decade, to question who Thor is without Mjolnir. However, the narrative structure of each arc’s deconstruction adding to the last – is intriguing. Who, Donny Cates’ narrative has asked readers, is Thor without the storm? Without Donald Blake? Without Mjolnir? And against them all? 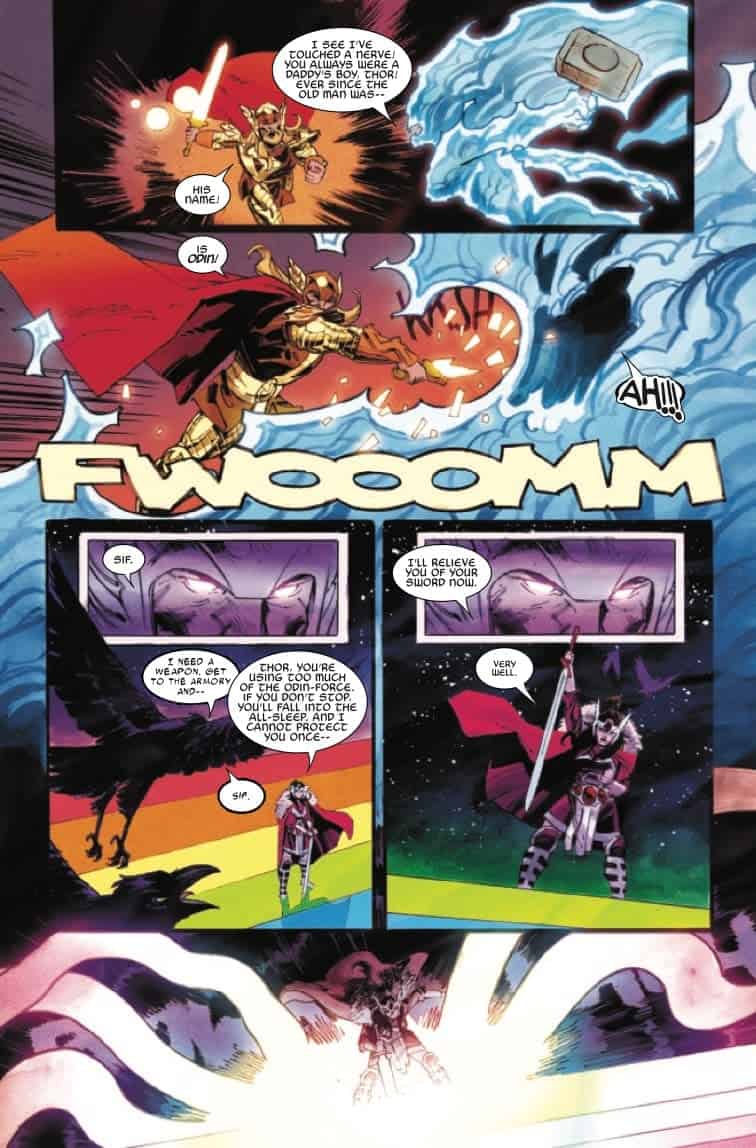 While the arc’s central conflict resolves early within the issue, Cates’ script gives artist Nic Klein and colorist Matt Wilson ample opportunity to impress Thor readers. Klein, as always, does some of his best work during action sequences when characters are at their most dynamic. While a few panels may feel lacking (for ex. Klein hiding Thor’s feet behind rubble), many lovely moments linger long after reading (i.e. one impressive layout depicting Thor surrounded by a group of lightning-bolt-shaped panels). 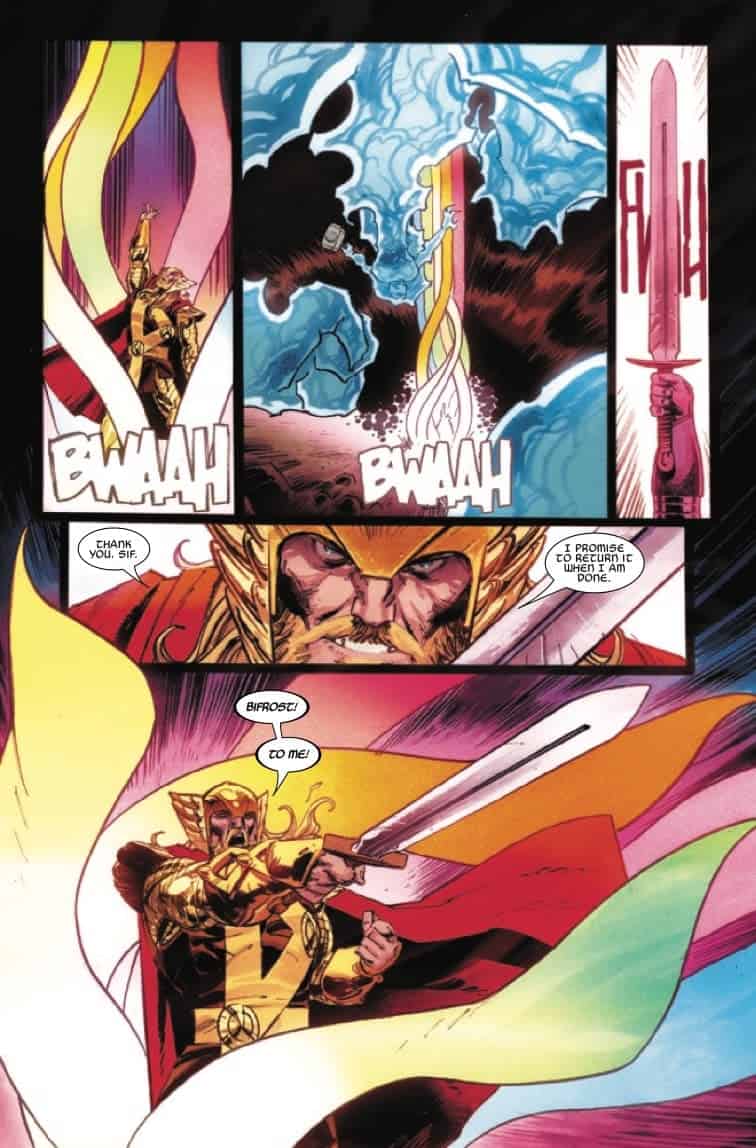 Wilson’s work, meanwhile, deftly shifts the comic’s tone between the wistful – shown with light watercolor washes – and dramatic – during which colors become more opaque and vibrant. Watercolor (or perhaps digital colors with the texture of watercolor on paper) may seem an odd choice for a Thor comic, but it remains a beautiful fit for Klein’s textured line art. And as always, the inclusion of Kirby krackle throughout Thor remains not only a delightful inclusion but sometimes compositionally vital.

With Thor #23 bringing another electrifying arc to a close, where the future will take – and perhaps break – Thor is anyone's guess. But as always, it's exciting to be along for the ride.

Thor #23: Where the Hammer Falls