Thor #29: The Pride of the Valkyries 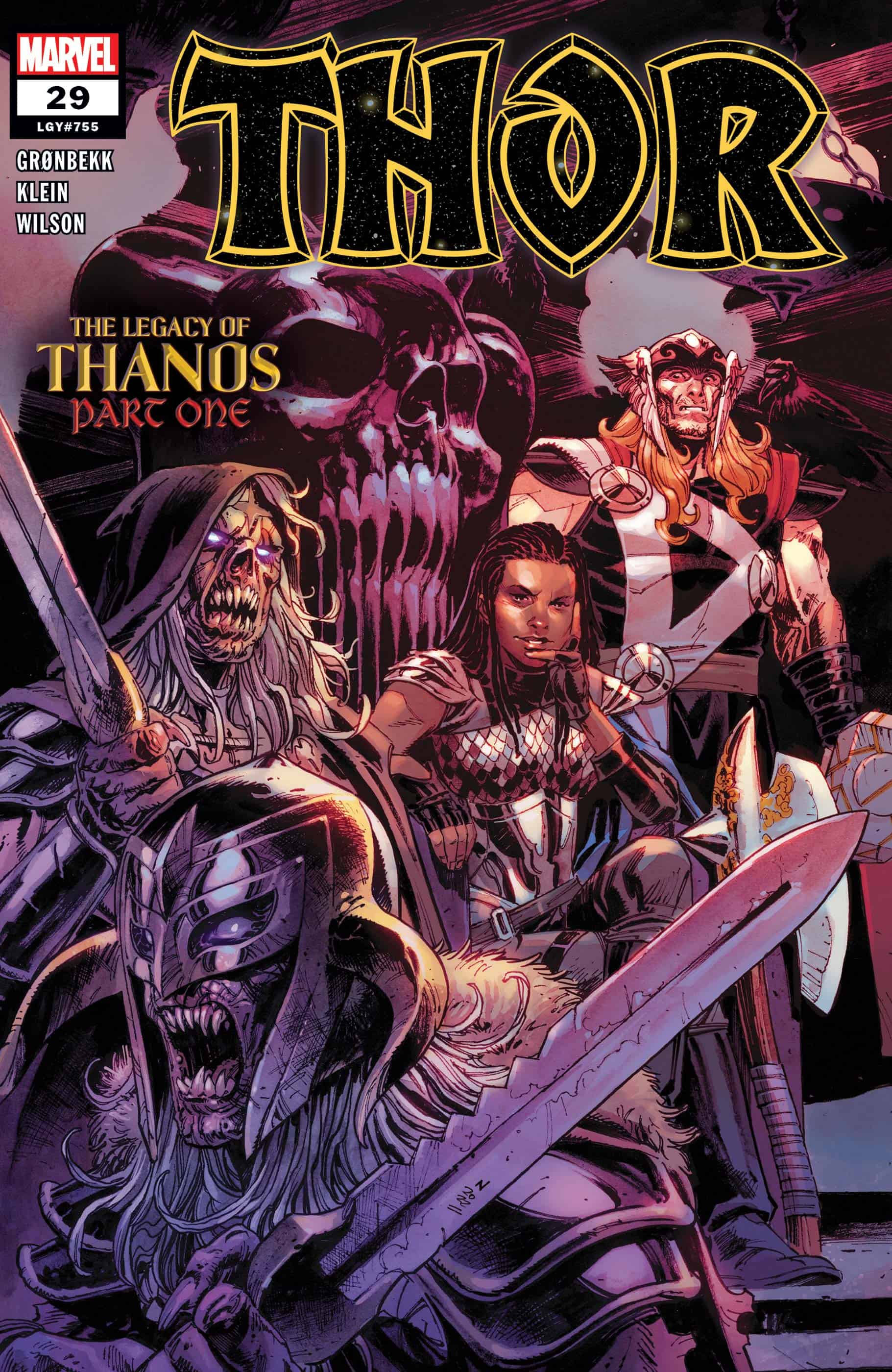 After Corvus Glaive kidnaps Thor’s baby sister Laussa, Thor, Runa, and the Dísir are headed on a rescue mission!

Thor #29 begins a new mini-arc by a new writer: Torunn Grønbekk, who has previously written multiple Thor-adjacent miniseries including Jane Foster & The Mighty Thor, which concluded in October. As with Jane Foster & The Mighty Thor, Thor #29 teases an exciting new mystery and sees the return of a character not seen (other than in flashback) in Thor comics for several years. There’s no knowing if this mini-arcand the following arc will suffer from the same problems as JF&TMT, but this is a promising beginning. It’s also incredibly refreshing to get a queer subplot – that isn’t focused on suffering Sapphics – in the main series via Runa and her new girlfriend. It’s unclear if Grønbekk is permanently taking over from Donny Cates (she’s listed as “guest writer” on Marvel’s site for Thor #29 but will keep writing Thor after this mini-arc), but it’s wonderful having her on the main series, regardless. 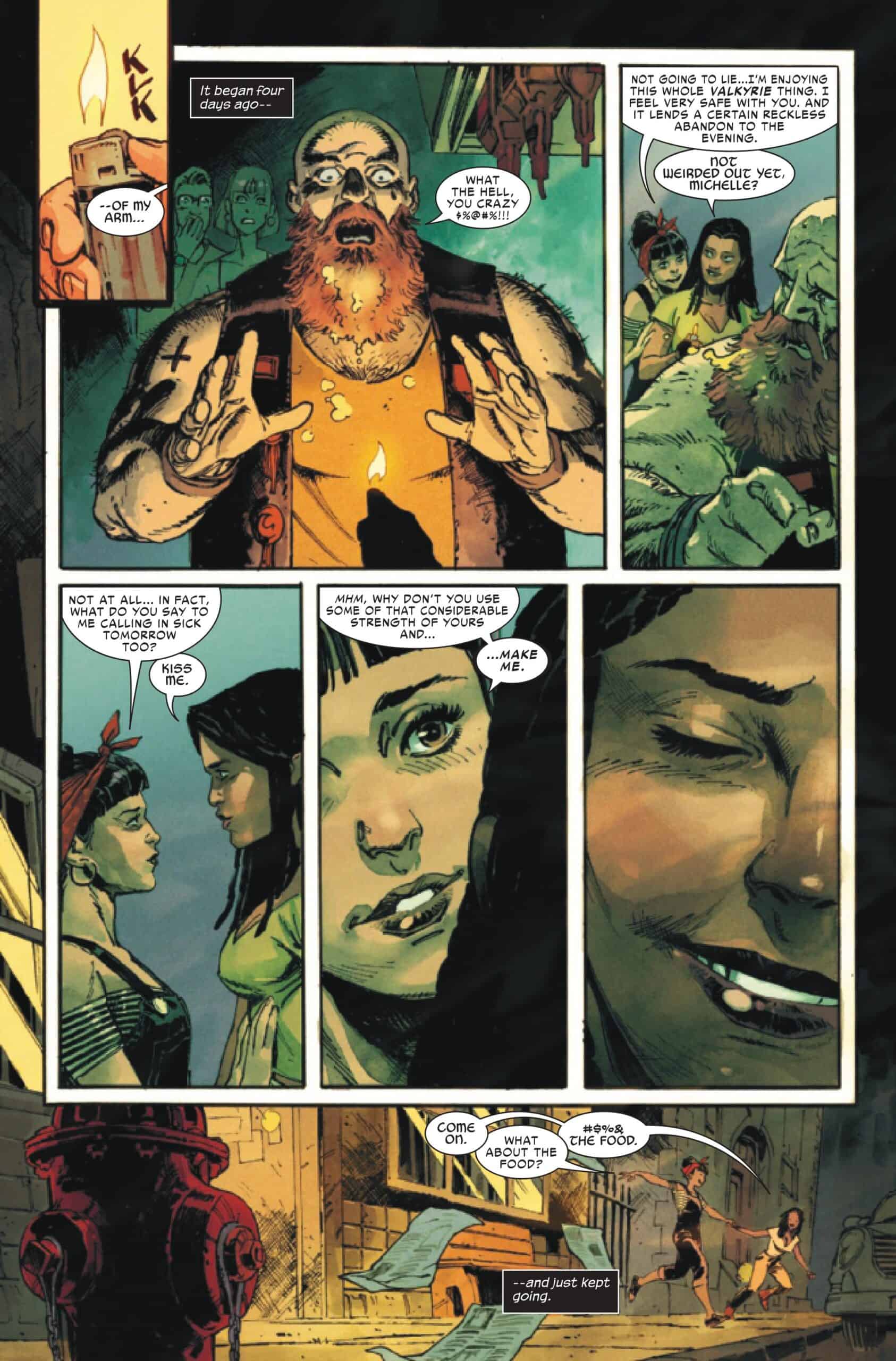 Grønbekk’s script is more dense than Cates’ tend to be, so leave artist Nic Klein with fewer opportunities for jaw-dropping splash pages, but Klein’s work is nonetheless strong as ever. While the cover is rather static, the interior pages are a perfect mix of dynamic and haunting (and even a little bit of sexy) work. While other artists might have difficulty with certain (spoiler-y) moments of this story, Klein makes it look effortless. Colorist Matt Wilson similarly never fails to impress, deftly matching the shifting moods of both the narrative and Klein’s art. 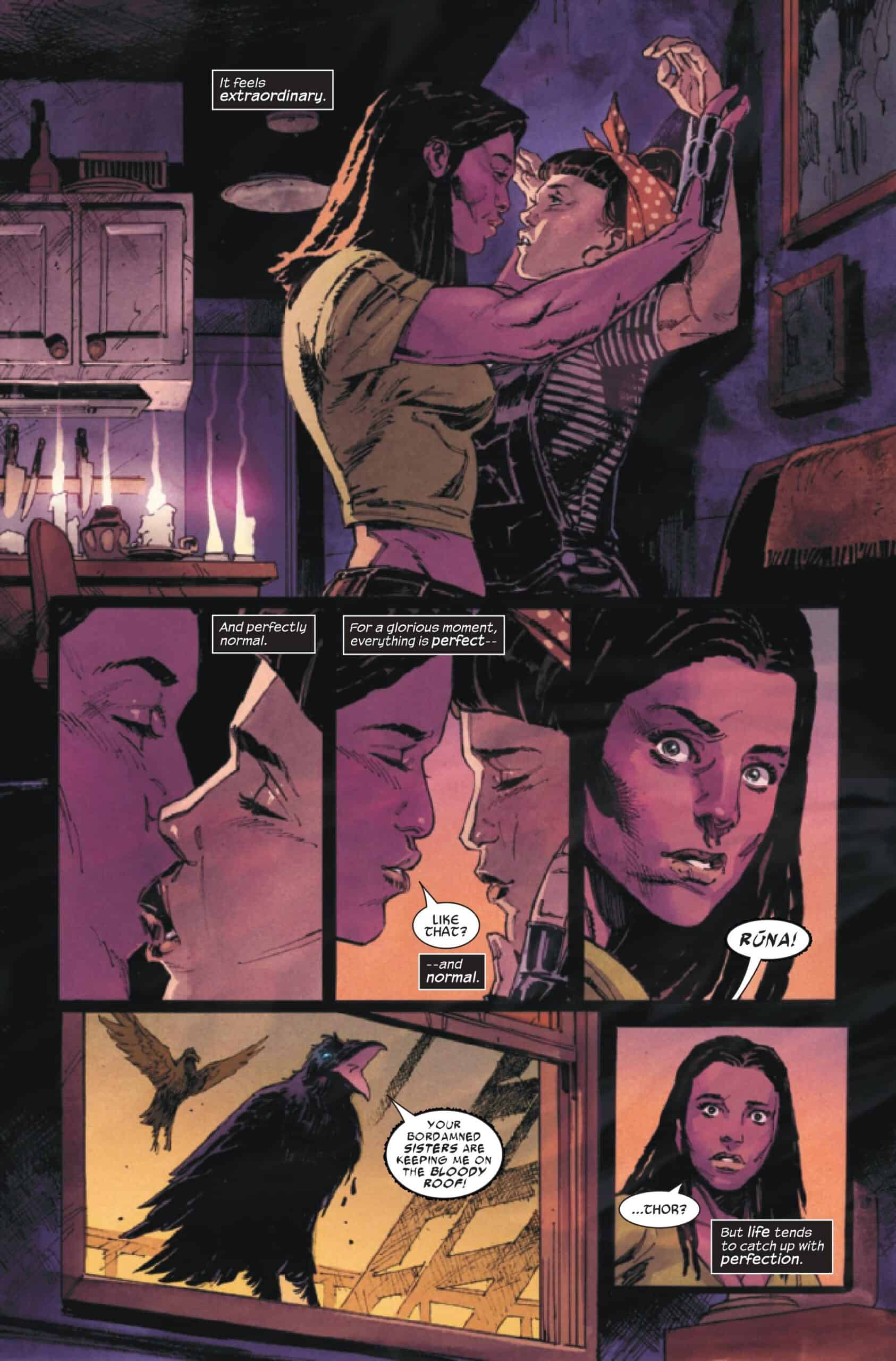 Torunn Grønbekk’s first outing as Thor writer teases a creepy new mystery while making exciting additions to Marvel’s Thor mythos. And as always, every page of Thor is gorgeous to boot.

Thor #29: The Pride of the Valkyries