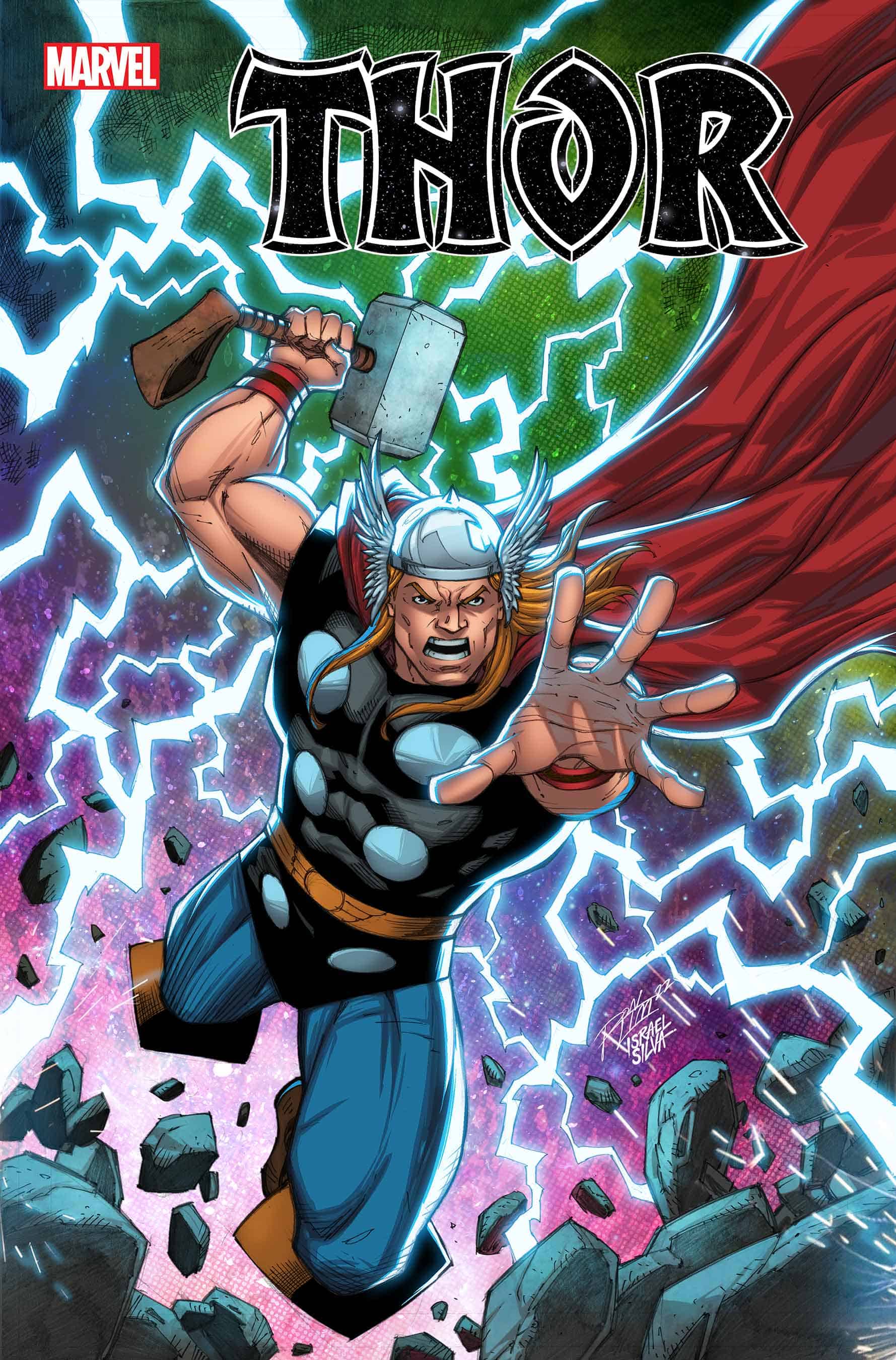 With Asgard under assault by legions of trolls, and the Lady Sif hovering near death due to a possibly fatal wound suffered in battle, who can save Asgard from annihilation?

Starting on a dynamic opening splash page of a fight between Thor and Absorbing Man, Thor: Lightning and Lament is quick to pull readers into the action. Like the recent Doctor Strange: Nexus of Nightmares, Thor: Lightning and Lament is a one-shot written by Ralph Macchio (no, not that one) focusing on a Marvel character with a recent solo film. It’s worth noting that this is a self-contained story that doesn’t tie into either the current Thor run or Jane Foster & The Mighty Thor, instead providing a crash course in Thor lore for new readers. 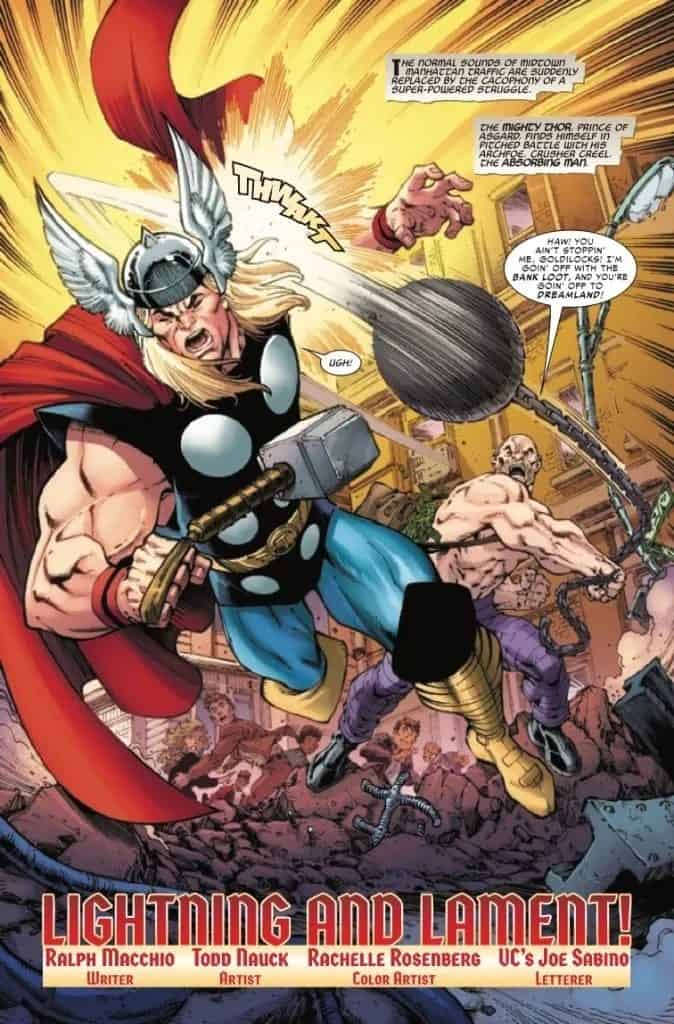 The comic’s expository dialog & flashbacks are about as subtle as a Mjolnir to the face. These exposition dumps, delivered via both dialogue and narration, make for an unevenly paced read as the plot regularly screeches to a halt to explain things like how Donald Blake found Thor’s hammer and who the Warriors Three are. That said, former Thor writer Macchio retains his grasp on the quirky and anachronistic dialogue style of Thor and his compatriots, something often hit or miss in newer comics. For veteran Thor readers, there’s plenty to love in this comic, whether it’s Todd Nauck’s energetic fight scenes or Macchio’s exploration of the duality between Thor the godly warrior and his alter ego Donald Blake the doctor/healer. 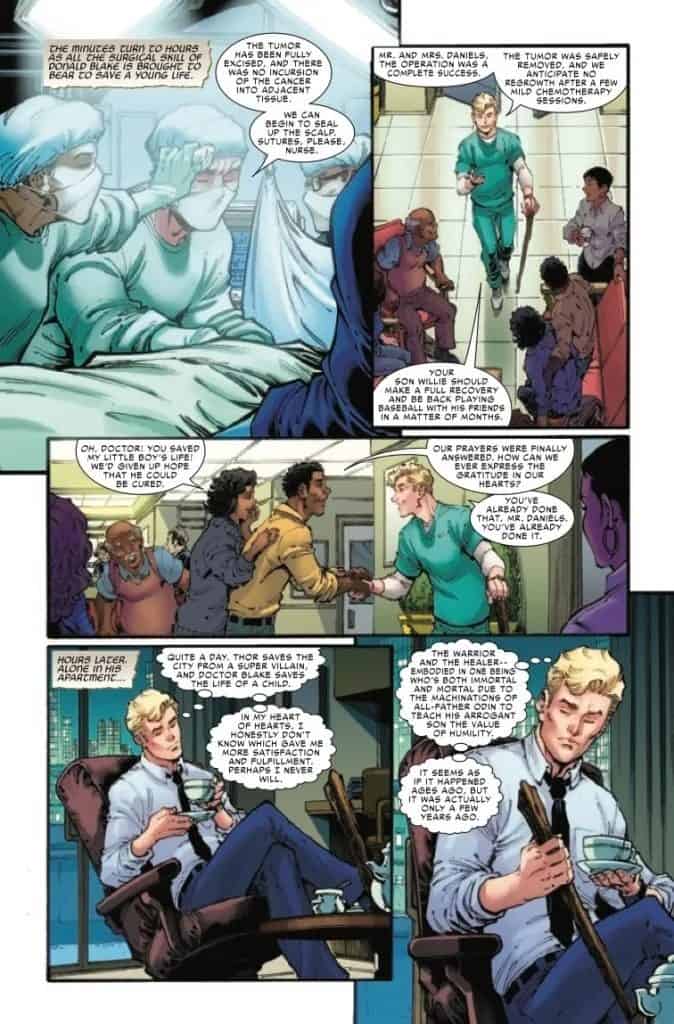 For the more sentimental among us, it’s also nice to see the return of Thor’s old, long-retired costume and occasional Kirby krackle. And while the coloring of modern Thor comics has run the gamut from desaturated to highly-rendered, Rachelle Rosenberg opts for flat, vivid coloring style that makes the comic feel a bit older than it is, but also makes the story bright and inviting. Ultimately, Lightning and Lament is certainly not required reading for long-term fans, but it’s a friendly primer to a corner of the Marvel universe that’s often daunting to the uninitiated.

For MCU fans, following your favorite character into the comics can feel intimidating and confusing. Luckily, comics like Thor: Lightning and Lament are finally helping bridge that gap.