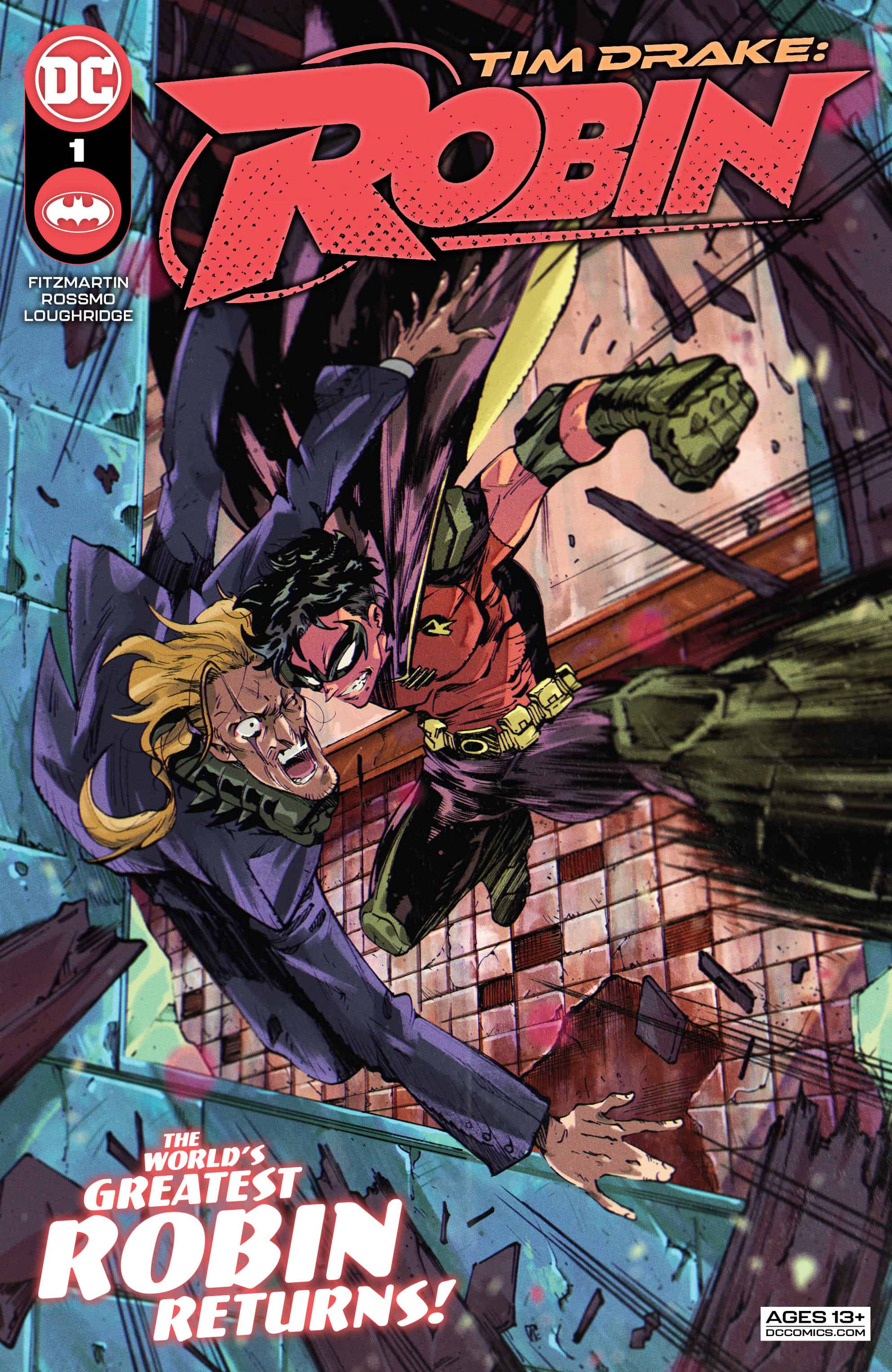 Step aside, Damian—the world’s favorite Robin has got this! That’s right, after years away, Tim Drake is taking center stage in a brand-spanking-new Robin series of his very own!

A mystery over a year in the making takes shape, as a new villain who’s been hounding Tim from afar decides to take things up close and personal, putting Bernard and everyone else Tim cares about in peril as things go from bad to worse for the world’s oldest and canonically tallest Robin (no, I will not be fact-checking that). All that and Tim finally carves out a corner of Gotham City just for himself, and sets up shop in his very own…murder shack boat? Fan-favorite writer Meghan Fitzmartin teams up with beloved Harley Quinn artist Riley Rossmo to define the next chapter in Tim’s life.

And as if that wasn’t enough, break out your skateboards and motorcycles cuz we’ve assembled a murderer’s row of artists to draw the 1990s’ One True Robin™ in his various looks from over the years!

Tim Drake: Robin #1 continues the story that began in Batman: Urban Legends #4. Tim Drake has taken a step away from Batman and the Bat-family in an attempt to figure out who he is. This journey leads to him living alone in a boat at the Gotham Marina.

Meghan Fitzmartin takes the seeds she planted in Batman: Urban Legends (and reprinting together in DC Pride: Tim Drake Special) and allows them to start to grow. The mystery plot picks up from the bonus story added with the reprint. Tim has progressed from realizing he has no idea who he is to taking steps to find the answer. There is even a tease more into Bernard as a character beyond just the key to Tim’s queer awakening. 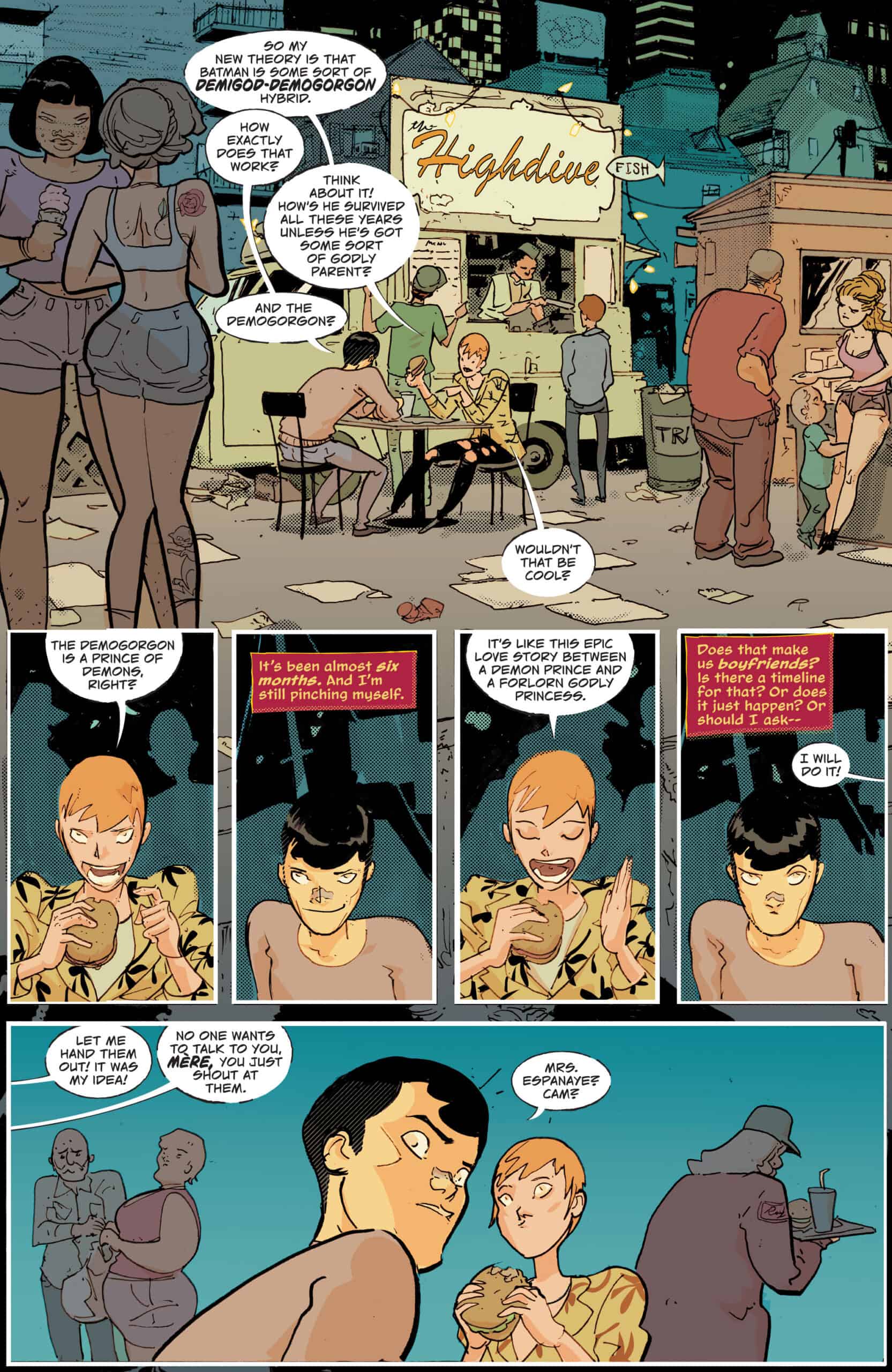 As a whole issue and part of an ongoing series, the narrative has a chance to breathe that it lacked previously. Tim is given his own corner of Gotham to protect and his own supporting cast to fill it. And while there is some superhero action, the majority of the issue is spent setting the stage, both for the external action and the internal journey Tim is on. 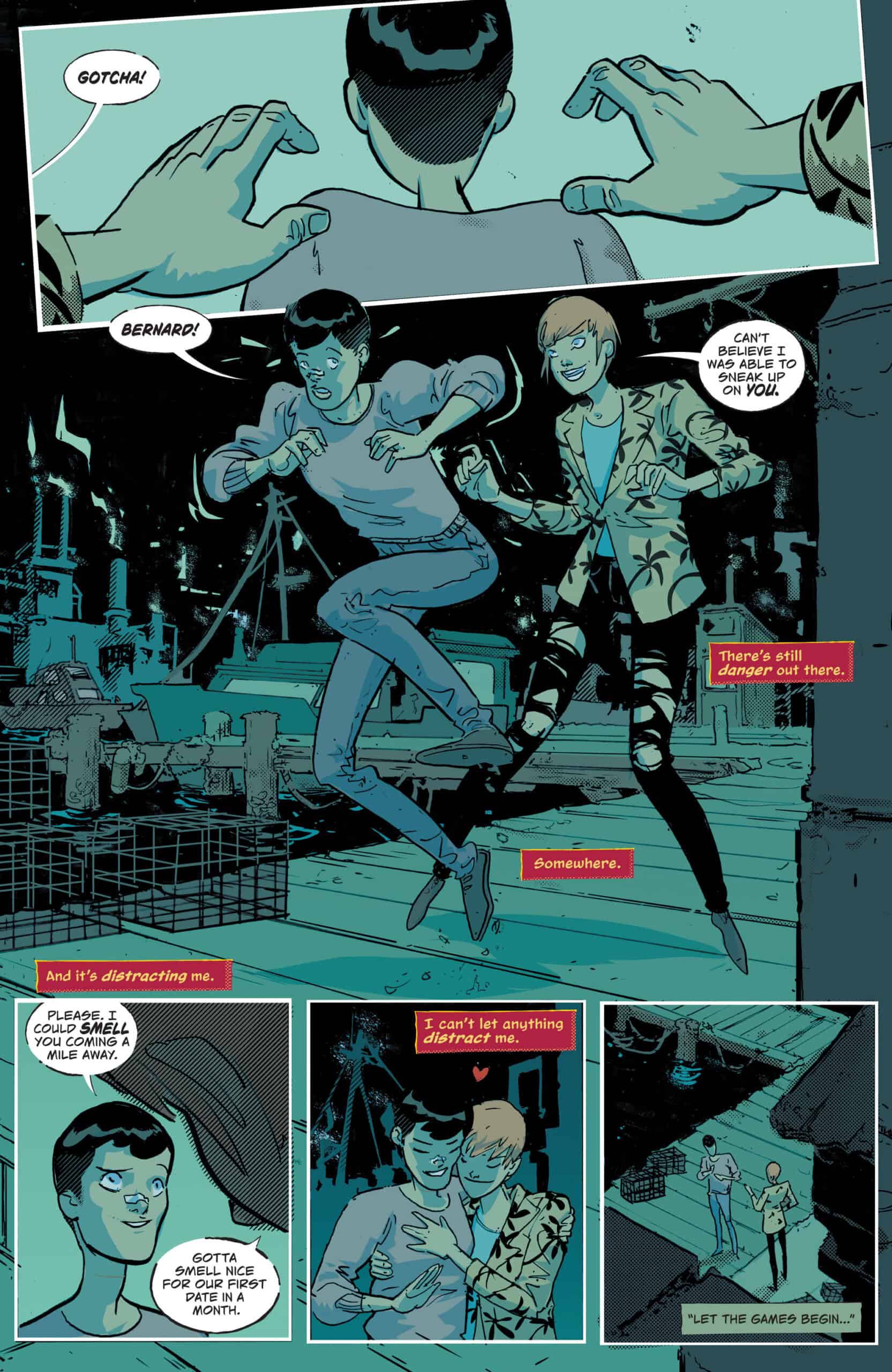 The art by Riley Rossmo is a stark departure from Belen Ortega, who did the art for Tim’s coming out story in Batman: Urban Legends. As such, there is a definite adjustment period since the story itself follows from those pages. The change in style, especially when paired with colors by Lee Loughridge, does allow for an immediate change in tone. There is a sense of grit that is inherent to Gotham, more clearly seen in this issue than before.

Tim Drake: Robin #1 is a promising start of a new era for the titular character. Tim Drake is given the narrative space and page count to explore what his new status quo really is.