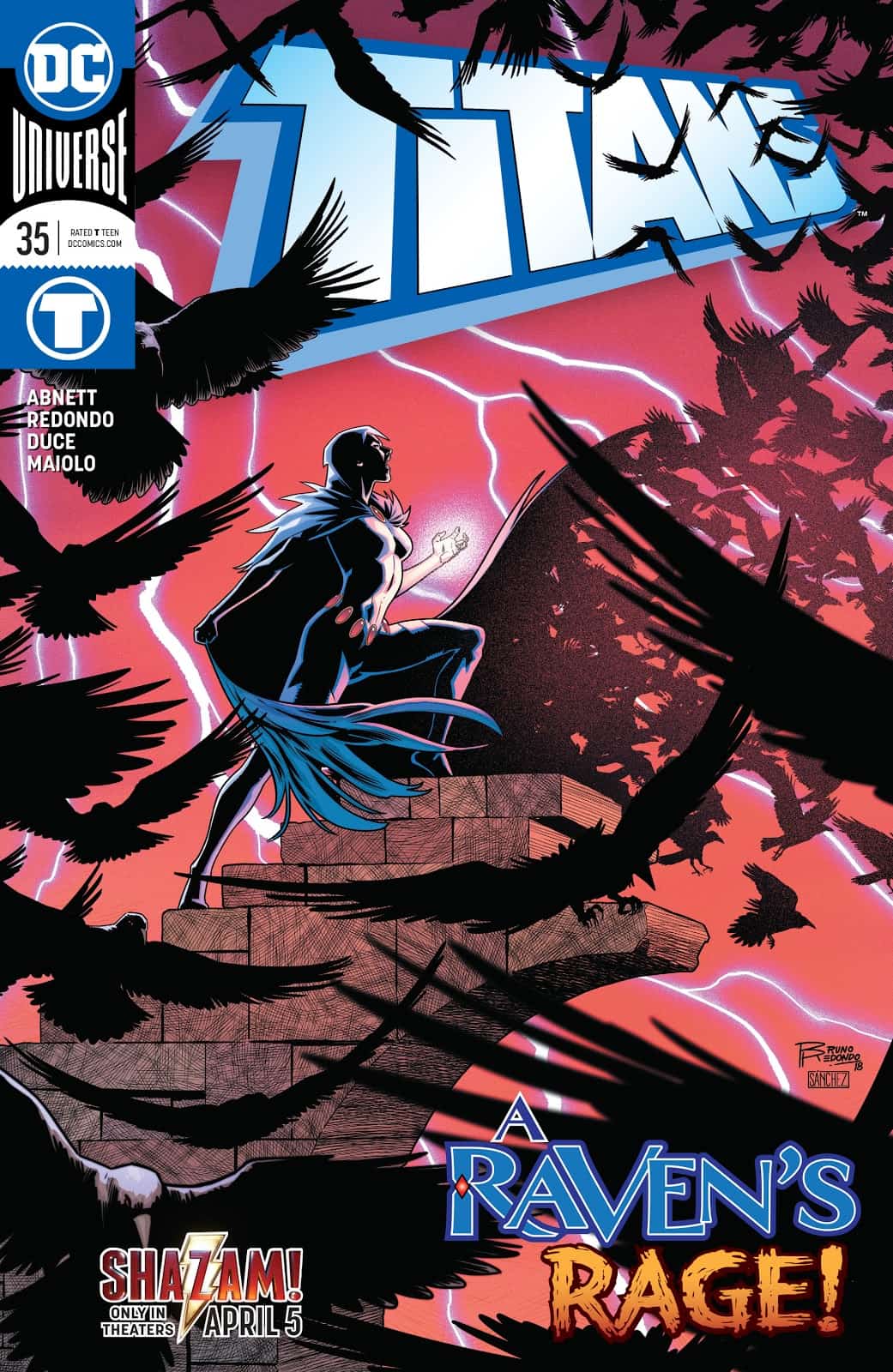 “Into the Bleed” part three! Travesty and Mother Blood are holding all the cards as the Titans’ hopes for saving their friend and the world are dashed by a humiliating defeat. This may be their darkest hour, but hope comes in the form of Ernest Hinton, who birthed the lands of Unearth from his own psyche and is being used as a resource by Travesty and Mother Blood. The shocker reveal comes when we find out Raven’s soul-self is leading the charge against the team—can Raven ever be whole again?!

Three issues in and “Into the Bleed” continues to be one of my favorite Titans arcs so far. With Raven still without her soul-self, which also seems to have been split into two separate beings, Beast Boy in full beast mode, and Mother Blood having nearly completed her master plan, this issue was filled with non-stop action and excitement.

This was an interesting issue with a couple exciting twists and and some interesting plot progression. Focusing on two separate storylines that interact and intertwine with each other throughout the issue, keeping things endlessly moving as we are shown that Travesty’s tricks never stop with Mother Blood at Unearth’s Northern Hold while Donna, Raven, and Miss Martian try to fend off a monsterous, rampaging Beast Boy. This issue masterfully brought this arcs plotlines together in preparation for this arcs conclusion. 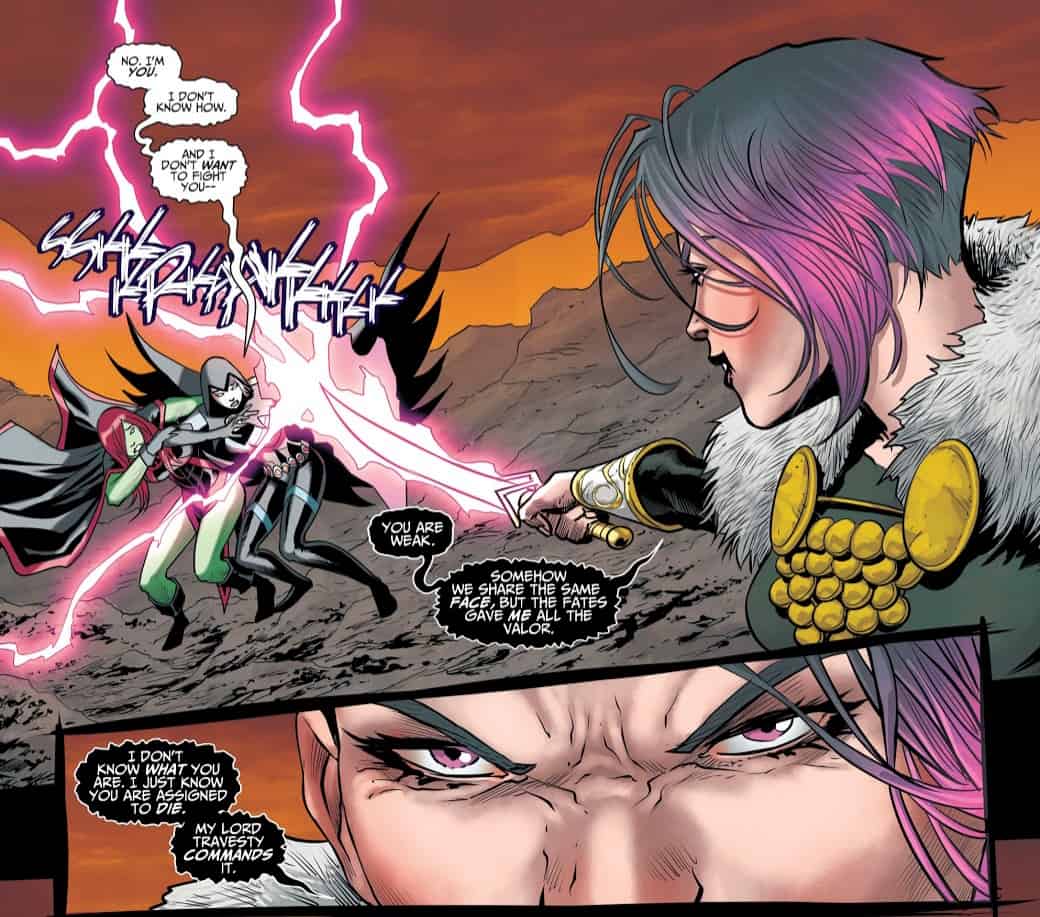 The epic art of the issue without a doubt added an element of the grandness of the story. You could feel the wickedness of Mother Blood and the evil Raven, Lenore, seeping off the pages and Beast Boy looked truly terrifying in his monster form, resembling a hulked out werewolf filled to the brim with rage. Add to that the wonderful colors and awesome lettering and this was quite the breathtaking issue. 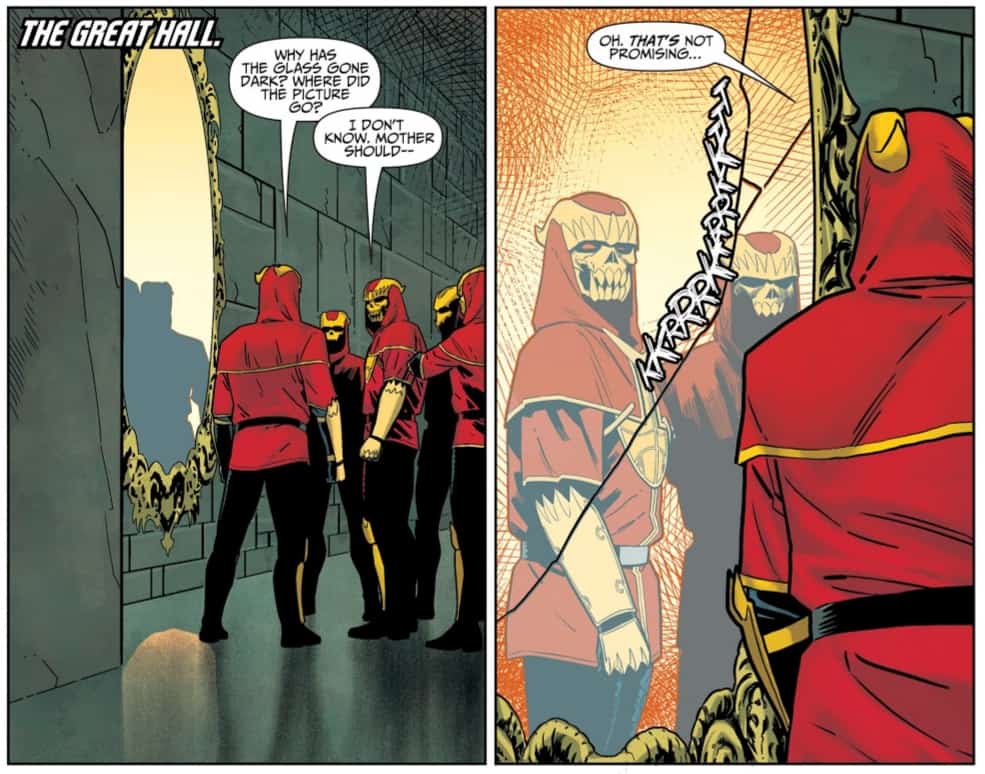 I didn’t think it was possible for me to be more excited about this arc but this issue has made it happen. Things have come together beautifully in preparation for this arcs conclusion. 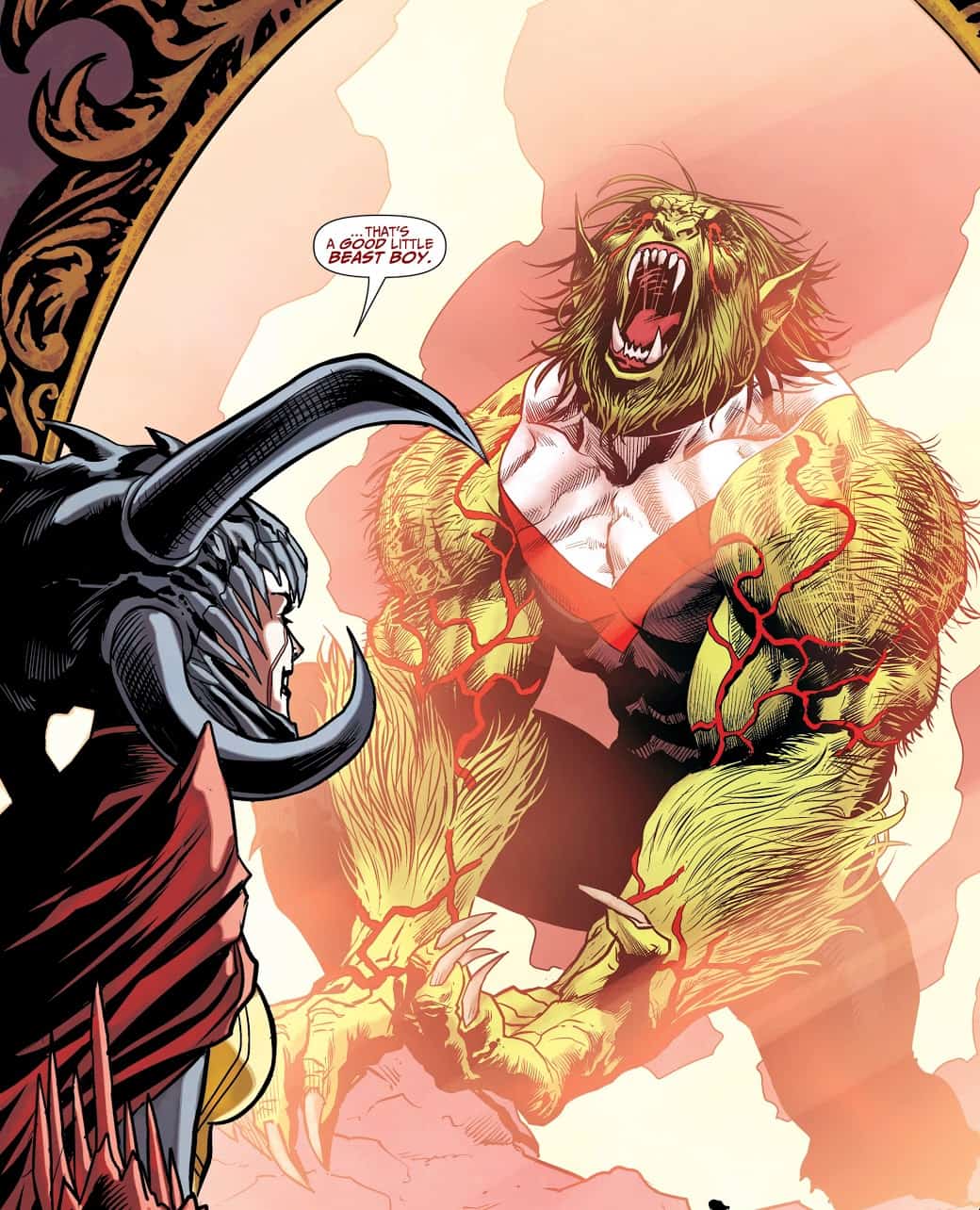 This issue provided an exciting, action-packed set-up for the conclusion of the current arc.