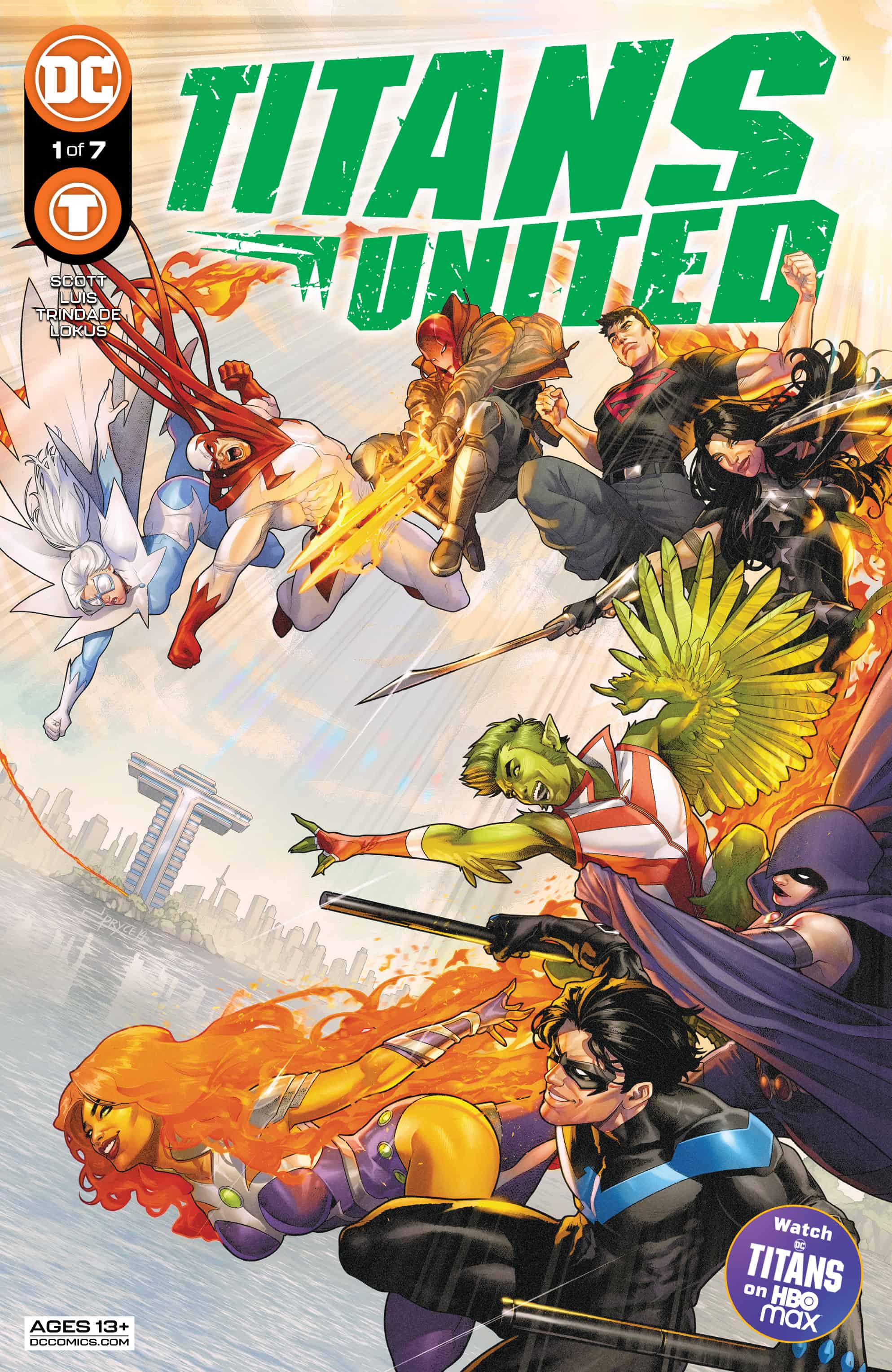 The Titans face their greatest challenge—their own powers! Nightwing, Donna Troy, Superboy, Starfire, Raven, Beast Boy, and Red Hood kick off a thrilling new case that will lead one of their own to question not only their place on the team, but their very existence. 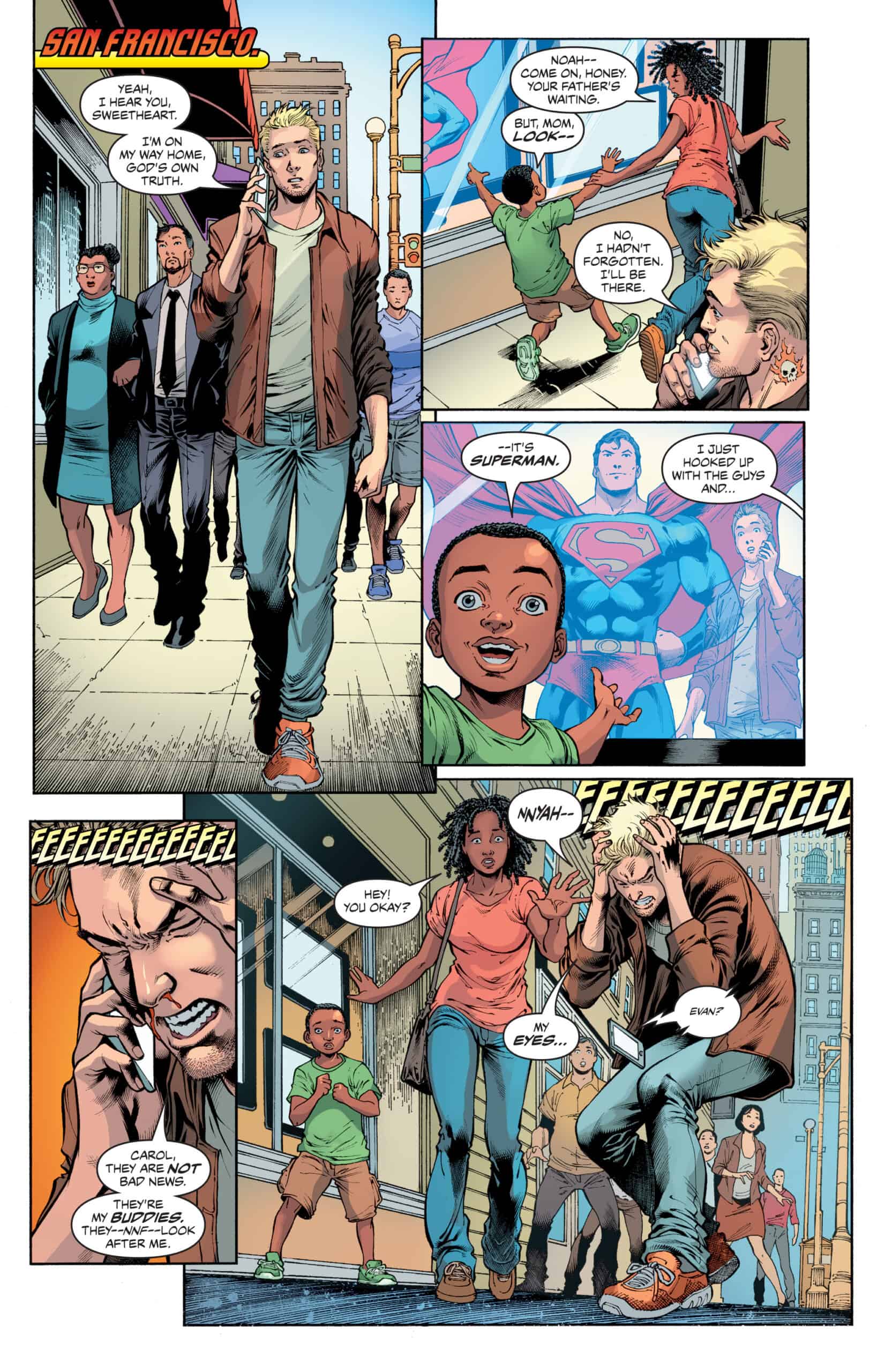 I can imagine the meeting now, in which WB comes down to DC offices and demands a Titans book with the cast of the Titans TV series in to coincide with the release of Titans Season 3. We all know these things happen. It doesn’t matter that the majority of these characters are deployed in other storylines going on, be it what’s happening in Gotham or Tim Sheridan’s ambitious Teen Titans Academy. And thus we have Titans United. That said, for being essentially a commercial for a more lucrative product, Titans United is better than one would expect despite some flaws.

First off, the artwork really works hard to drive this story. It is clean and detailed with a well-structured albeit vanilla layout that does a good job of controlling the pace of the narrative, which could have been a problem given the wide screen storybeats here. This is a comic book that looks like a comic book and I mean that in the best way possible. 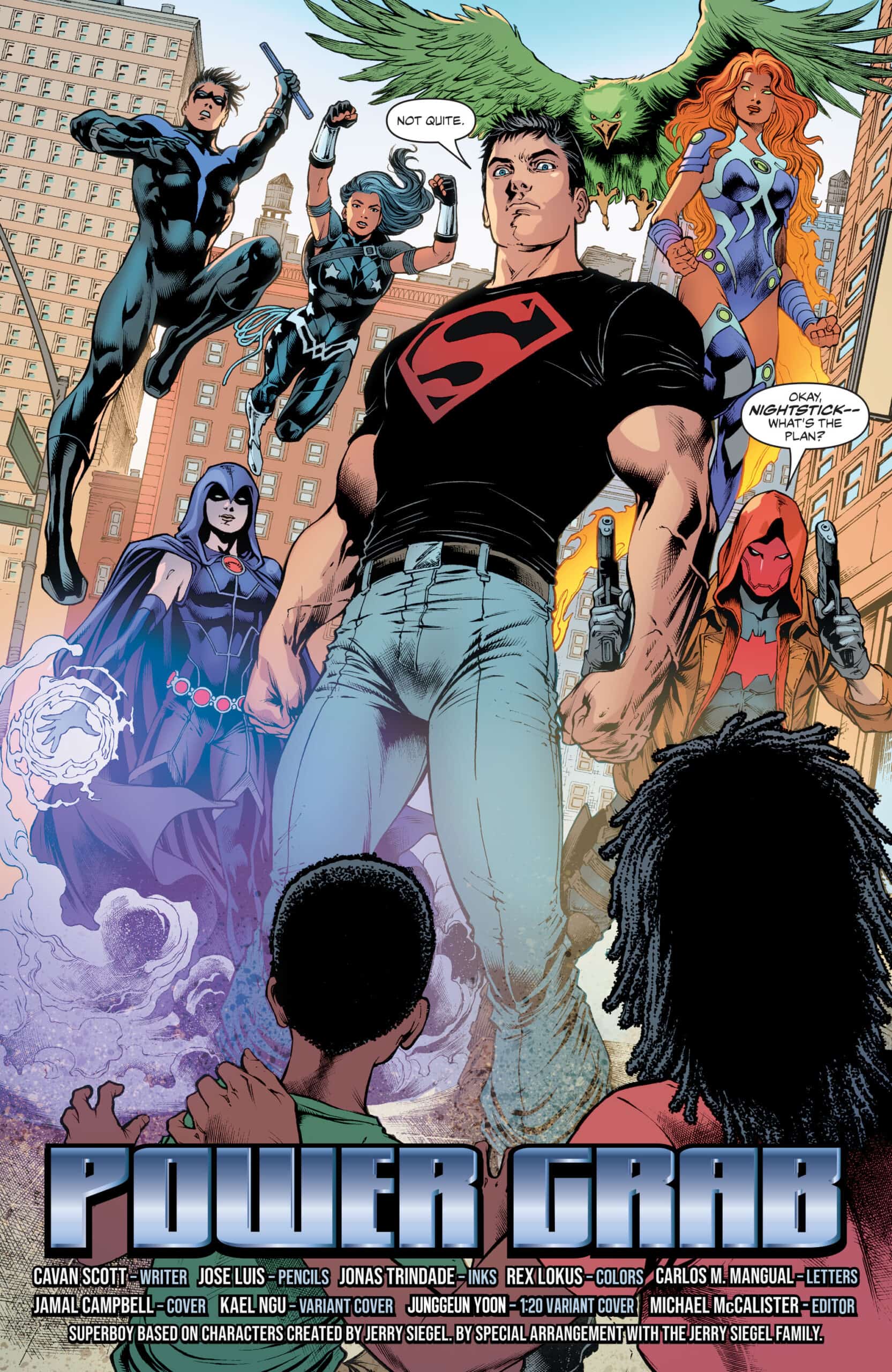 The story itself is nothing particularly standout from this first issue. Powers on the fritz and one non-villain who can’t control what’s happening to him make up the bulk of this issue, not really bringing anything new to the table. What the book does do very well is give a point of entry into the drastic differences between the show and the characters in the comics for readers who perhaps are migrating over from media for the first time. With the exception of Jason Todd, the characters are written well and reflect the long history of these characters in comics, something the show makes no attempt to do. In fact, that’s precisely why Jason Todd doesn’t really work in this comic although he nominally works in the show (as much as anything in the show works… I’m not a fan). He doesn’t fit in the Titans of comics. Never has, never will. And that’s perfectly fine. Except in this story that glaring issue is magnified in a moderately irritating way. Still, for all that could have gone wrong with a series like this, Titans United does a fine of job recognizing what it is and being exactly that.

Titans United #1 from #DCComics @cavanscott #JoseLuis #JonahTrinidade @RexLokus @social_myth brings the characters of television Titans Season 3 together in a comic for audiences insterested in learning more about the inspiration behind the characters.