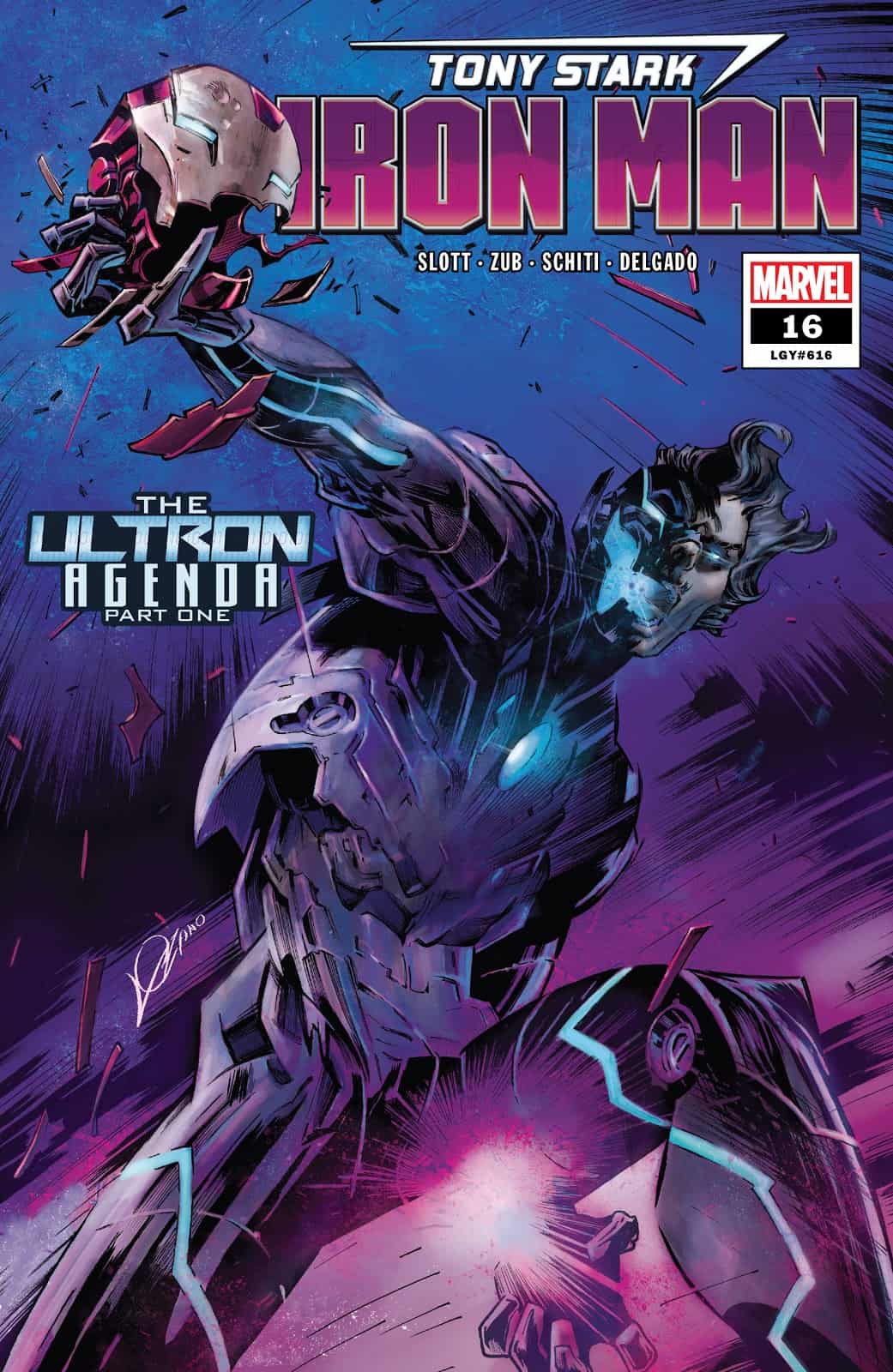 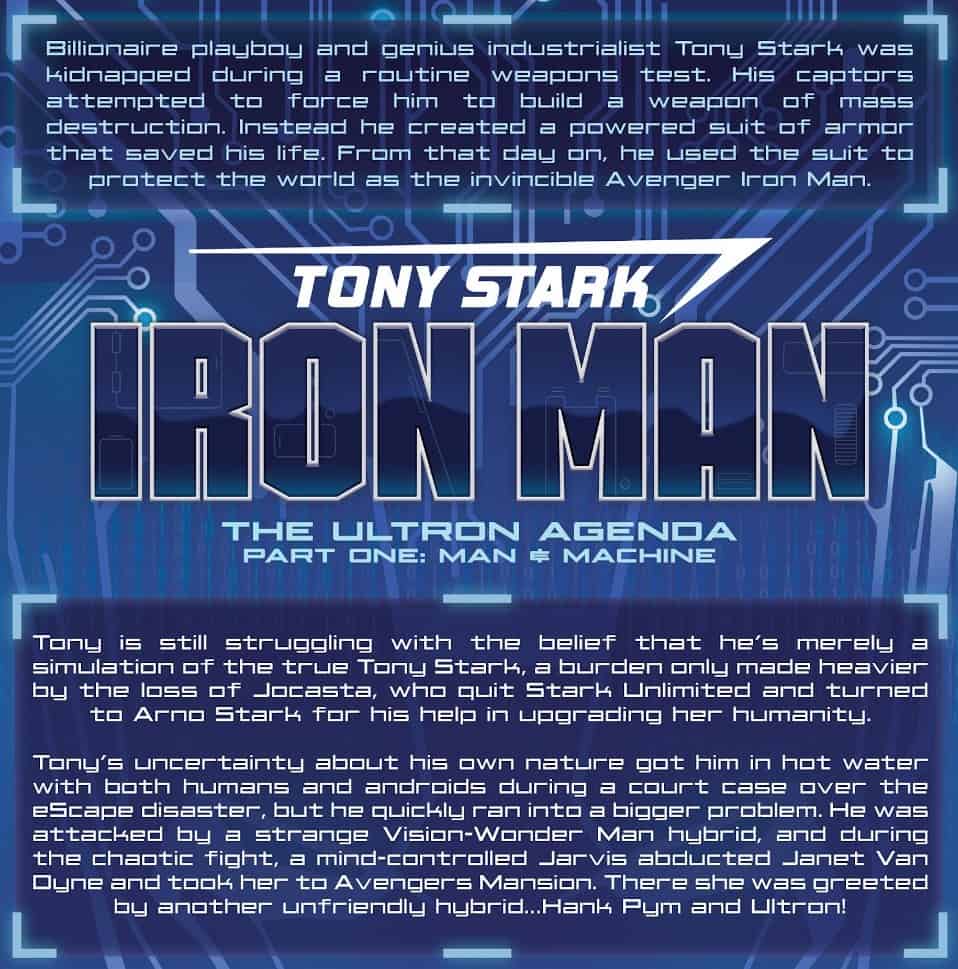 Tony Stark Iron Man #16 is nonstop action from the first panel to the last! Dan Slott and Jim Zub writes like they are one mind. This issue is like going to the movies: all you have to do is sit back and let your mind be feed with imagination and excitement. Slott and Zub work in motion as their writing speed up along with the characters without long descriptions of settings or characters.

Slott and Zub begin this issue with great dialogue between Arno Stark and Jocasta. The two discuss mutual understandings in feeling incomplete, trapped by labels. This strikes some interesting related topics that may relate to the reader’s own reality. Too often, we use labels in negative self-talk, which can restrict us from being your fullest potential. They are the names we mentally call ourselves in our heads. Unfavorable outcomes result when we identify who we are with these labels. By identifying ourselves with them, whether positive or negative sense, we prevent ourselves from discovering our true essence. Now, keep in mind this topic is not drawn out. It is just page one and it ends with a bang!

Ultron crashes the metal to flesh, flesh to metal party to reclaim his bride! Slott and Zub does not start by describing what Ultron looks like, instead making sure the reader sees the character doing something with clear purpose from the moment being introduced to page two. Meanwhile, at Stark Unlimited, Tony and his people are unsuccessful in separating Vision and Wonder Man. There is some major animosity between Tony and Vision/Wonder Man and human emotions begin to flare. As Tony and Andy try to solve the problem, they find clues to who is behind all of this. The path to Ultron has some revelations by Machine Man during a Robo-bar fight. However, they are a little too late putting the puzzle together as the Ultron Pym hybrid already has both The Wasp and Jocasta in his possession.

The remainder of Tony Stark Iron Man #16 is a battle with Ultron Pym. He wants to combine Wasp and Jocasta, so they will be combined as metal to flesh hybrid like him. It’s a wild fight with Tony, Janet, and the Machine Man mocking Ultron Pym for enough distraction to allow Tony free Janet and Jocasta. However, this issue ends with a devastating result.

The action in this issue would not be the same without the awesome artwork and coloring by Valerio Schiti and Edgar Delgado. Schiti places great detail in the faces of deliberate infliction of severe physical and psychological suffering on and by the characters. Schiti articulates each panel from beginning to end with such emotion and action that makes you feel like you’re watching a motion picture. Delgado’s colors are dead on and superbly add to the work of the rest of this awesome team!

Tony Stark Iron Man #16 is action packed and ends with you on the edge of your seat. I cannot wait to see what happens to Tony next!