Transformers #33: Are We Our Best Selves? 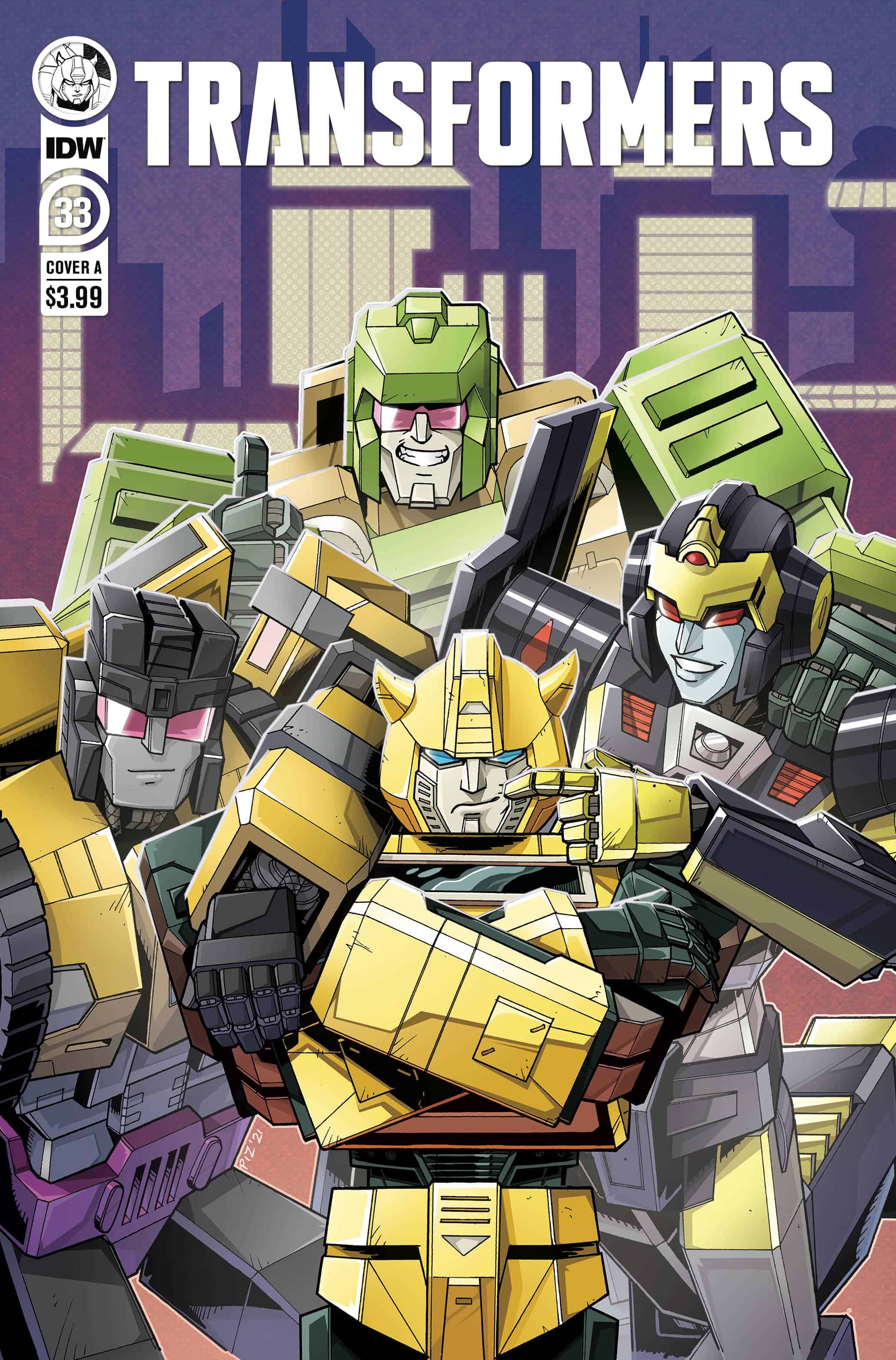 "Lord of Misrule: Swindle's II". Bumblebee is a lot of things-an ex-Ascenticon spy, a wanted fugitive, and currently working as a go-between for Swindle and Optimus Prime's Autobots. With Swindle and his crew's help, Bumblebee's got a chance to free the long-captive Elita-1 and finally finish his search for justice for Rubble's murder by bringing down Barricade. But when working with criminals, even the best laid plans are destined for trouble.

Transformers as a franchise has had an ever-present message that you should always try to be the best you that you can be. That when all bets are off, you can rise to the occasion. Whether it be Rodimus as leader or the Dinobots’ sacrifice to save the future, someone always rises to the occasion.

In the case of Bumblebee, he was given a task, and seemingly failed. He failed as a mentor. He allowed his student, this new soul brought forth into the universe, to be snuffed out unceremoniously.

Transformers #33 brings all of Bumblebee’s struggle to the forefront of the story. Last we saw our little yellow friend, he had joined up with Swindle to escape prison and hunt down Barricade. One of the bots responsible for the death of his mentee. Rubble. Now, it seems he’s on a rescue mission instead.

Intermixed with Bumblebee’s struggle is the continuing antics of Skywarp, which started at the end of the previous issue. Where he seemed to escape from some sort of quantum-realm type dimension. How did he get there? No idea. Though I imagine that will be answered soon enough.

This issue continues to show off Brian Ruckley’s aptitude for jumping between different stories. You never really get lost despite the constant back and forth between plotlines. Each one is distinct in its purpose. Some are character driven, others meant to set up future plot developments. Either way, I’m on the train, not sure where I’m going, and wholly okay with it.

I mentioned before that Bumblebee’s struggles were brought to the forefront of the story for this issue. And they very much were.

Bumblebee, unexpectedly, finally gets his chance to face down Barricade. He has a chance to fully avenge the death of Rubble. The fix what he’s done.

This whole issue is about what we teach others. How we shape the world of those we teach and those we interact with. It’s about how we aspire to be our best selves, and that’s all we can try to do.

This issue was a major turning point for Bumblebee as a character, who has been heavily revenge driven for a better part of the series. I’m excited to see where things go with his character arc.

Transformers continues to set itself apart from previous series, going for a much slower burn in terms of story. While build up takes a moment, it is worth the pay off. Especially with character moments as satisfying as these.

Transformers #33: Are We Our Best Selves?