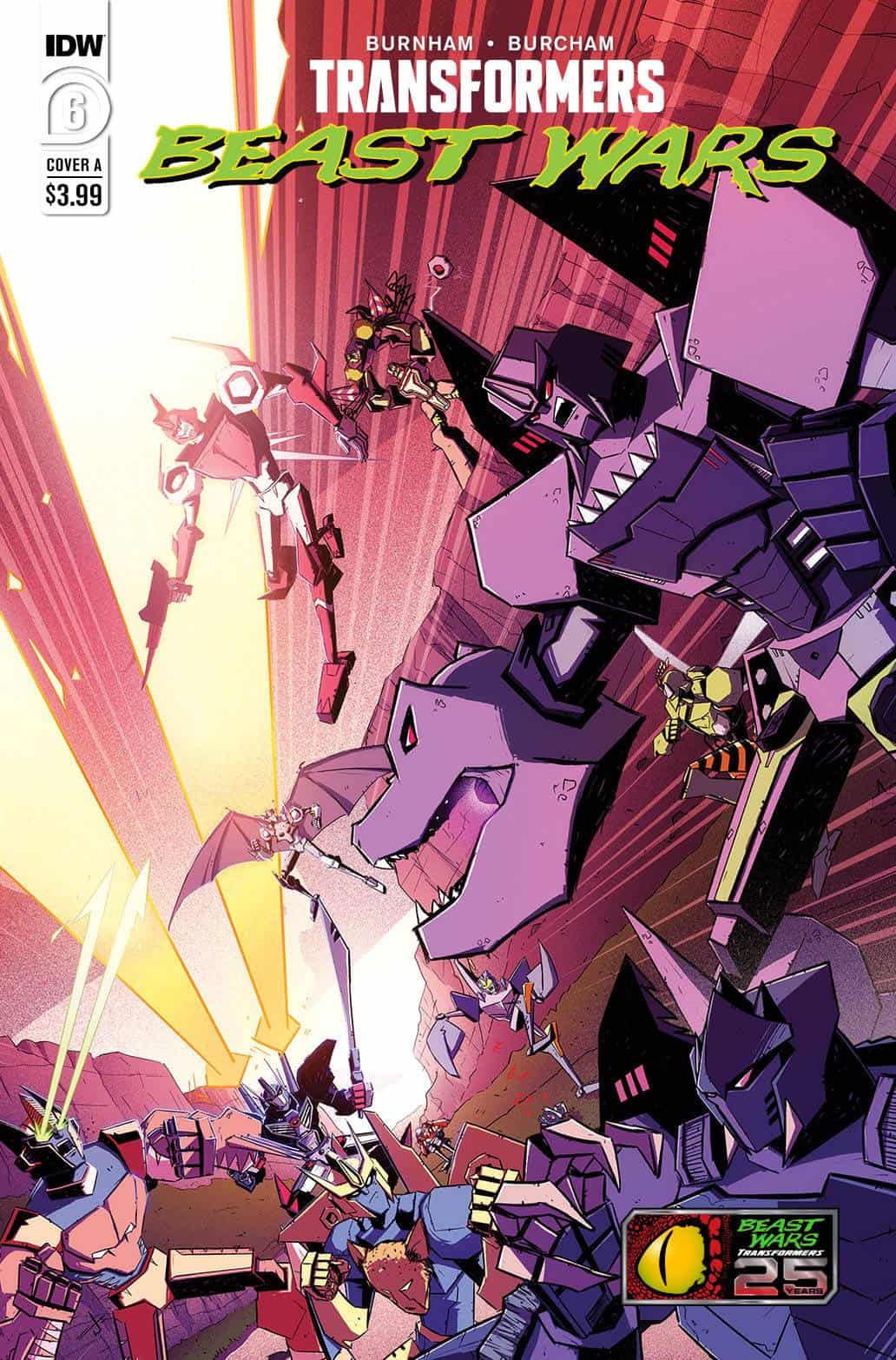 "Savage Landing", Part 6! It's a siege on the Axalon as the Predacons attempt to end the Beast Wars before they even begin by bringing down the Maximals and their base! As Megatron and his loyal (?) troops launch their assault, one bot on Optimus Primal's ship decides to put it all on the line to help the others turn the tide.

Beast Wars was a show that, if you ask me, was defined more by its characters than its story. In that regard, Beast Wars the comic is living up to that. For the most part anyways. But, we’ll discuss that later.

For now, let’s discuss what happened in this issue. Well, honestly, there isn’t much to discuss. It was just a bare-knuckled brawl between the Maximals and Predacons, with a fun B-Plot involving Rattrap and Tarantulas. Said B-Plot being the highlight of the issue for me. 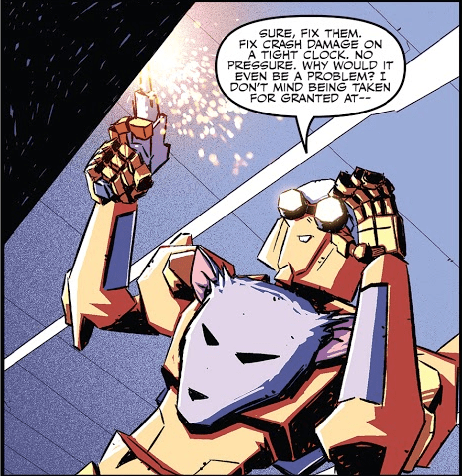 Which is how we’ll segue into discussing that thing about characters defining Beast Wars rather than the story. The characters were at their best in this issue, with their dialogue feeling like something out of the cartoon nearly. Especially with Rattrap. The way Erik Burnham writes Rattrap is pretty damn good if you ask me. Megatron also feels very egotistical, as he should. This issue just had the best dialogue so far. Though there was a lot of it.

I’m of the mind that sometimes you need to let the art speak in the comic. Especially during fight scenes. But this issue had dialogue bubble after dialogue bubble. Characters would go on and on about what felt like nothing. While the issue was strong in characterization, the dialogue it used for that characterization was also one of its weak points. There was just so much of it.

Josh Burcham is one of my favorite artists in the industry. I think he’s at his best when given room to breathe. Which is something that should’ve been allowed for an issue like this where the action is heavy. Dialogue was overtaking his dynamic art, doing it a disservice.

Circling back to my initial statement though, we’ve touched on the character aspect, so let’s touch on the story.

The story so far in this book has been, to put it bluntly, redundant. I’m basically reading the first couple episodes of the cartoon, just with a couple new characters thrown in. New characters thataren’t being used to their full potential. Nyx is a hot shot, adventurous character on a team with kid character Cheetor and eager to prove himself Optimus Primal. Having three characters that fill the ‘Young, still has a lot to learn’ archetype just makes it feel like there’s no need for some of the characters. 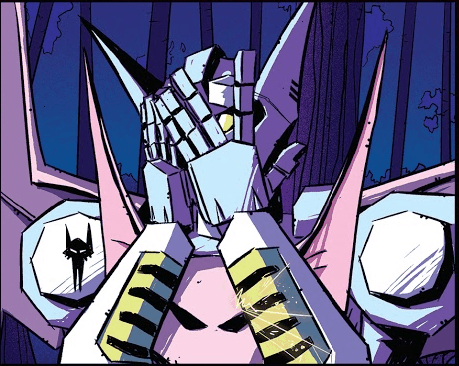 Skold is probably the best addition to the Beast Wars mythos that has been made by this book. And she isn’t used enough. The Predacons are all loud, conniving and swift, while she’s quiet, slow and strong. She makes for a nice contrast to the rest of The Preds. Which adds more to why it feels as though Nyx is somewhat redundant on a team like The Maximals.

In all honesty, for a first story arc, this was rather weak. The Beast Wars have begun, but I feel like nothing has actually happened. It took essentially 6 issues for the only result to be Dinobot switching sides. Nothing else major really happened. Which, yes, that is how it went in the cartoon for the first arc. But that first arc was also only 2 half hour episodes. Not 6 20+ page comic issues, with an oversized one to start.

The Beast Wars comic, so far, has simply been making itself redundant.

Its first arc now over, Beast Wars hasn't been doing much in the way of standing out besides its art style.  While a rocky start to the series, there's hope in the characters being able to carry the book along. That is if these new characters introduced can be fleshed out more. For a celebration of Beast Wars being 25 years old, it doesn't feel like a celebration, so much as a retelling with extra bits.