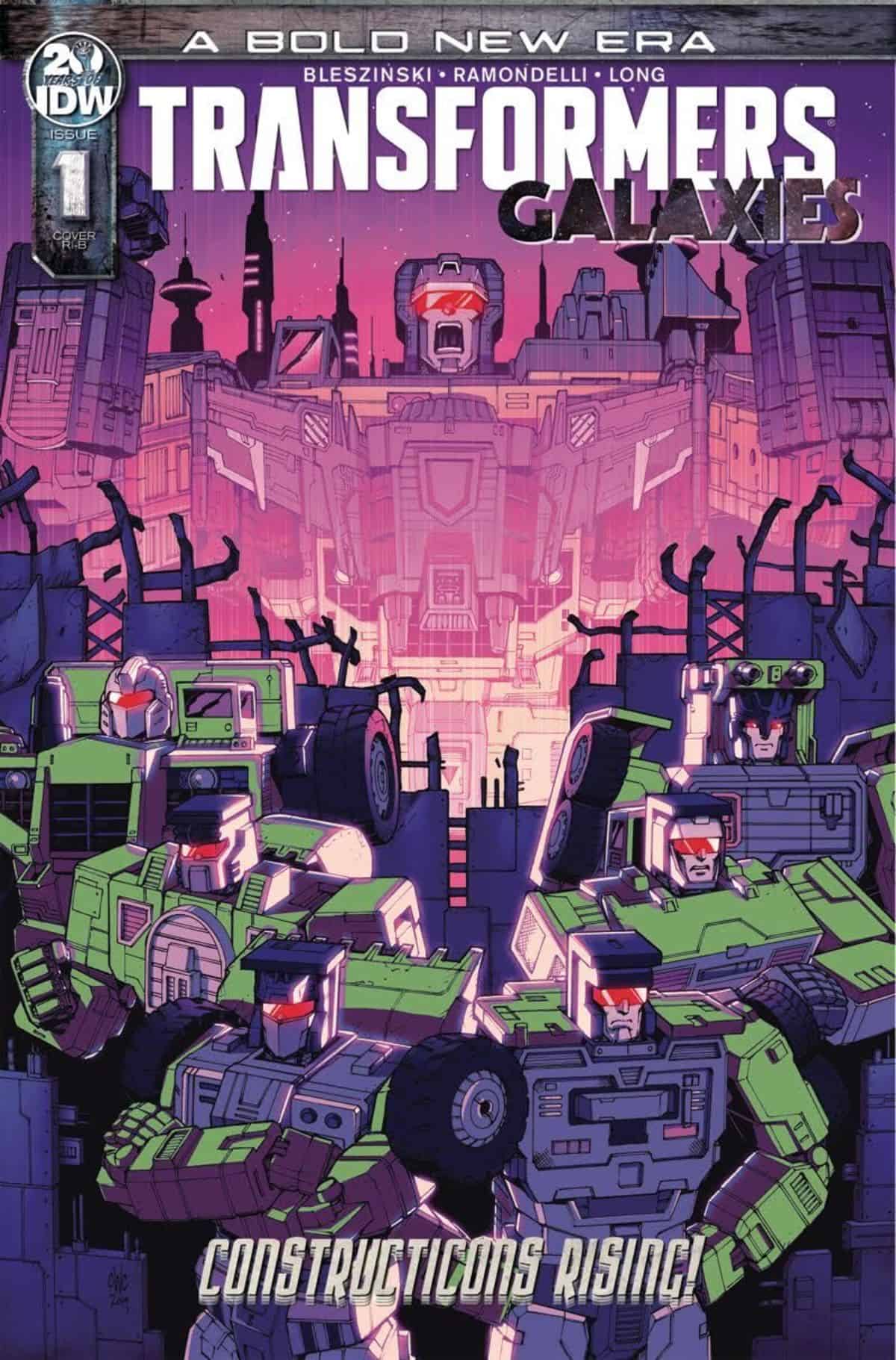 Welcome to the ground floor! The beginning of the beginning, Learn how all your favorite Transformers came to be who they are and why they do what they do.

This issue’s story is the first part of the origin of the Constructicons and Devastator. There’s some great back story that’s set before the origin, plus some pretty cool guest stars show up and this is only chapter 1!!

Author Tyler Bleszinski tells a pretty solid story about the five Constructicons in their pre-Devastator days when they’re construction workers building cities for the other Cybertronians, The story is told through flashbacks, and sometimes flashbacks within flashbacks, and that gets to be a problem. Sometimes I felt a little confused as to when in the timeline of the story when certain scenes were taking place. I really think he could’ve filled in some of the gaps in the flashbacks and made this story an issue longer, It was still a really cool story, I just think it could’ve been tightened up a little bit,

Livio Ramondelli is an amazing artist. A lot of times, Transformers can look a little cluttered. Especially in these pre-Earth mode designs. His aren’t, they’re nice and recognizable and they look like they could really exist. My problem with this issue was the coloring. It was really dark, and at times that makes it a little hard to tell what you’re looking at. It did get a little distracting for me and took out of the flow of the book.

Good. Really good. Even though it got a little bit confusing here and there, it was never too much to spoil the issue for me. The Constructicons each have distinct, identifiable personalities that stand out from each other. That, combined with some decent art makes the book a nice treat and a fresh change of pace from the other Transformers title,