Transformers: Shattered Glass #1: Not My Autobots? 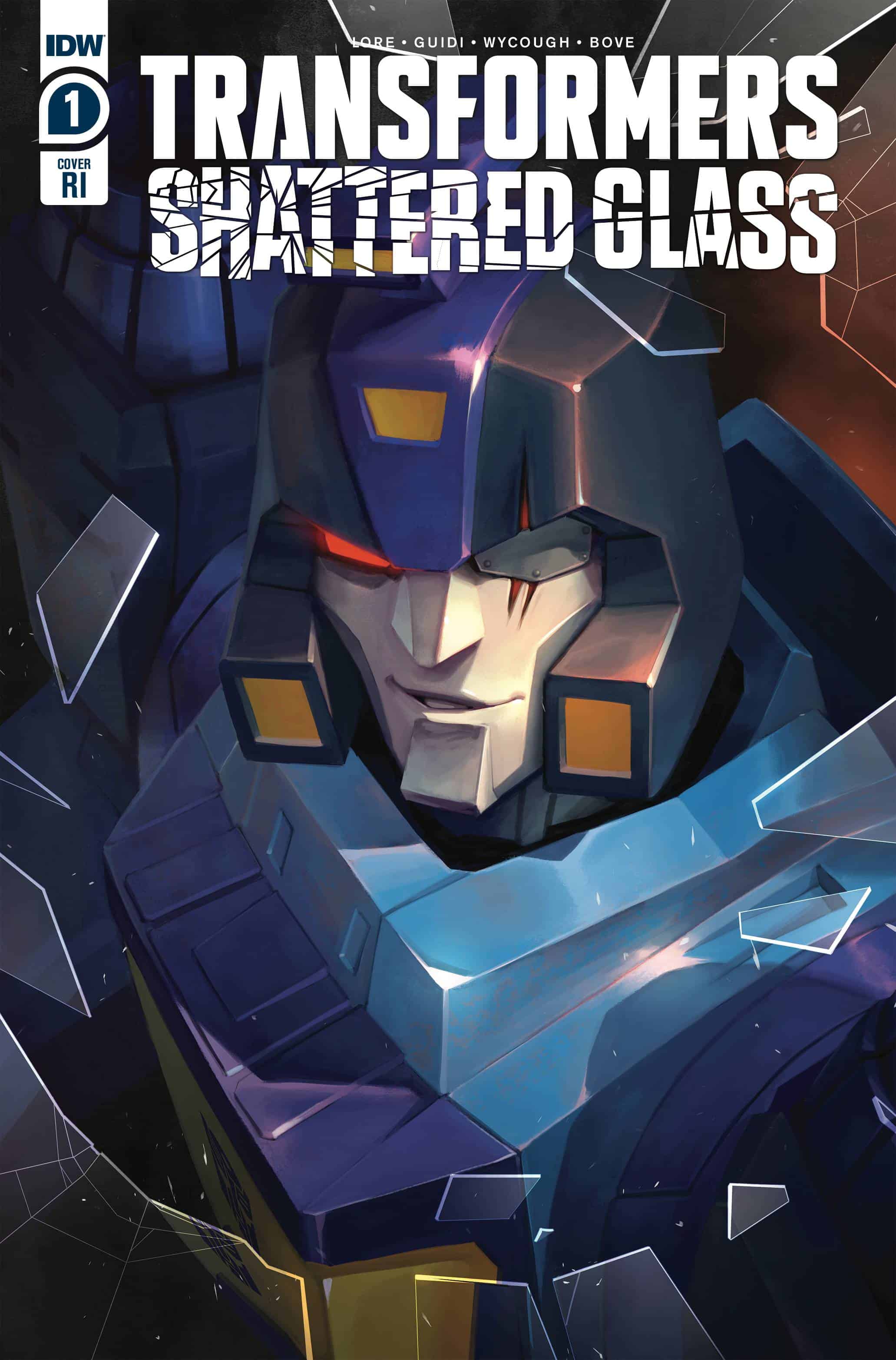 Shattered Glass isn't your average Transformers tale... "Shards" is the story of the ongoing battle between the power-hungry Autobot autocrats and the freedom-fighting Decepticon laborers.

In issue #1, many kilocycles after the Cybertronian War has destroyed Earth, Blurr, an evil Autobot Seeker, hunts his newest bounty who holds a piece of information that could reignite the war.

What if you could look in the mirror and see into another universe? What if that universe was flipped? The mirror cracked so to speak? As if you were looking through shattered glass?

Well, you might find something that bewilders, confuses and horrifies.

Transformers: Shattered Glass is a concept that has been around for over a decade now. The Evil Autobots work to destroy the Honorable Decepticons.

Hold on… that doesn’t sound right. Evil Autobots? Honorable Decepticons? Actually, that sounds exactly right. ‘Cause in the Shattered Glass universe, Optimus Prime is a wretched being filled with hate. Megatron is a freedom fighter, working to save his people and his home.

Though, those two aren’t the focus of this book. In fact, a pretty minor player is our introduction to this new take on Shattered Glass‘s concept. Blurr, the fastest bounty hunter and bodyscrapper this side of the Static Zone, is. 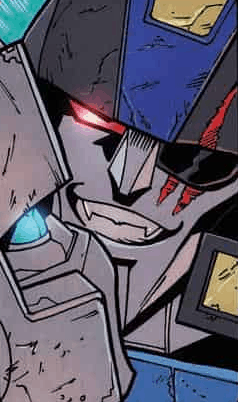 He’s ruthless, he’s conniving, he’s the exact opposite of the Blurr we know. Except he’s just as fast a talker and just as light on his feet.

Danny Lore, a newcomer to the Transformers franchise, quickly proves they know what they’re doing with this little corner of the overall Transformers multiverse. As I mentioned, Blurr is ruthless and conniving and Lore writes that to perfection. With constant narration from our sadistic speedster, it’s easy to see how nasty he is.

Now, our antagonists? Starscream is definitely very different from his usual sniveling self. Lore writes this Starscream as confident and coolheaded. A very large departure from the usual. But they write this Starscream with a certain level of ego and survival instinct that resembles the one we know.

The original versions of the Shattered Glass characters seem to mean very little to Lore’s interpretations, which sits just fine with this reviewer. Many of the original versions were one-dimensional due to being reduced to convention fiction. But right off the bat, the few characters we get to meet and follow feel like they have a life of their own. 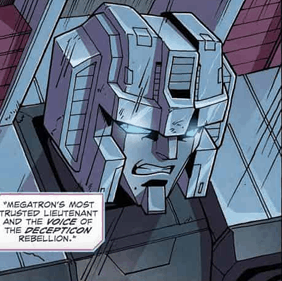 Adding to that life is Guido Guidi’s ever amazing art. If you asked me to name some iconic Transformers artists, he’d be topping the list. This issue is filled with dynamic action and some very sinister visuals. All of which are flawless in execution. Guidi’s art gives the book a very unique, but right at home feel. Lore and him seem to make a good pair.

John-Paul Bove and Ed Pirrie do a fantastic job on the colors. Both have done great color work prior to this, but are still a little green with this particular franchise. But they always come through; especially so in this issue.

Finally, for the talent, we have to mention the amazing lettering done by Justin LetterSquids. Another newcomer to the franchise who does a stellar job. The grunts are painful, the sound effects are loud and the supersonic speech of Blurr is superb. I’m excited to see what else he does in the future for the franchise.

Honestly, I’m excited to see what a lot of these creators do in the future. I’m very positive that Danny Lore, along with the amazing art team of Guido Guidi, John-Paul Bove, Ed Pirrie and LetterSquids will do some superb work in this universe.

Each issue’s main cover is an homage to another issue of Transformers comics. This one being a reference to Transformers: Generation 2 #1. Check the bottom of each subsequent article for the cover being referenced. 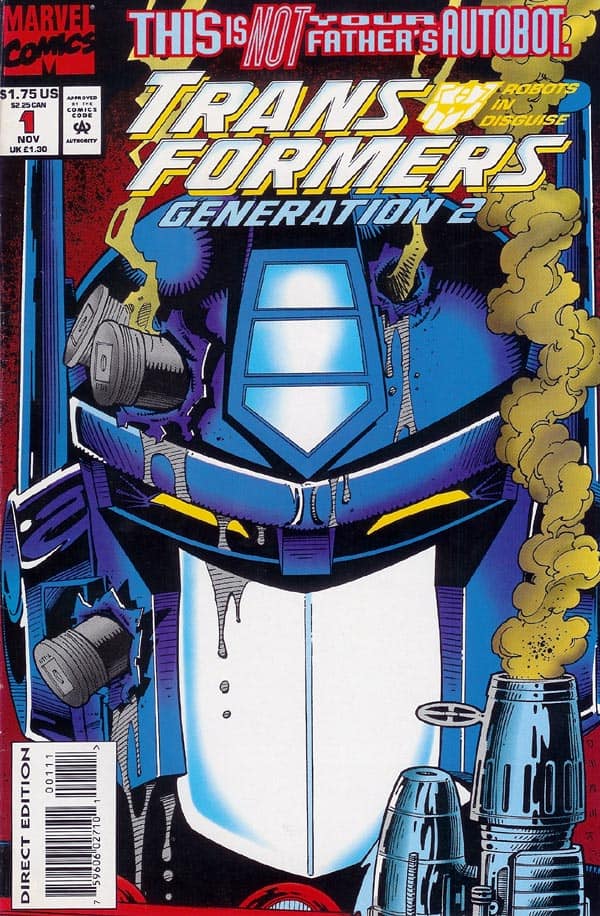 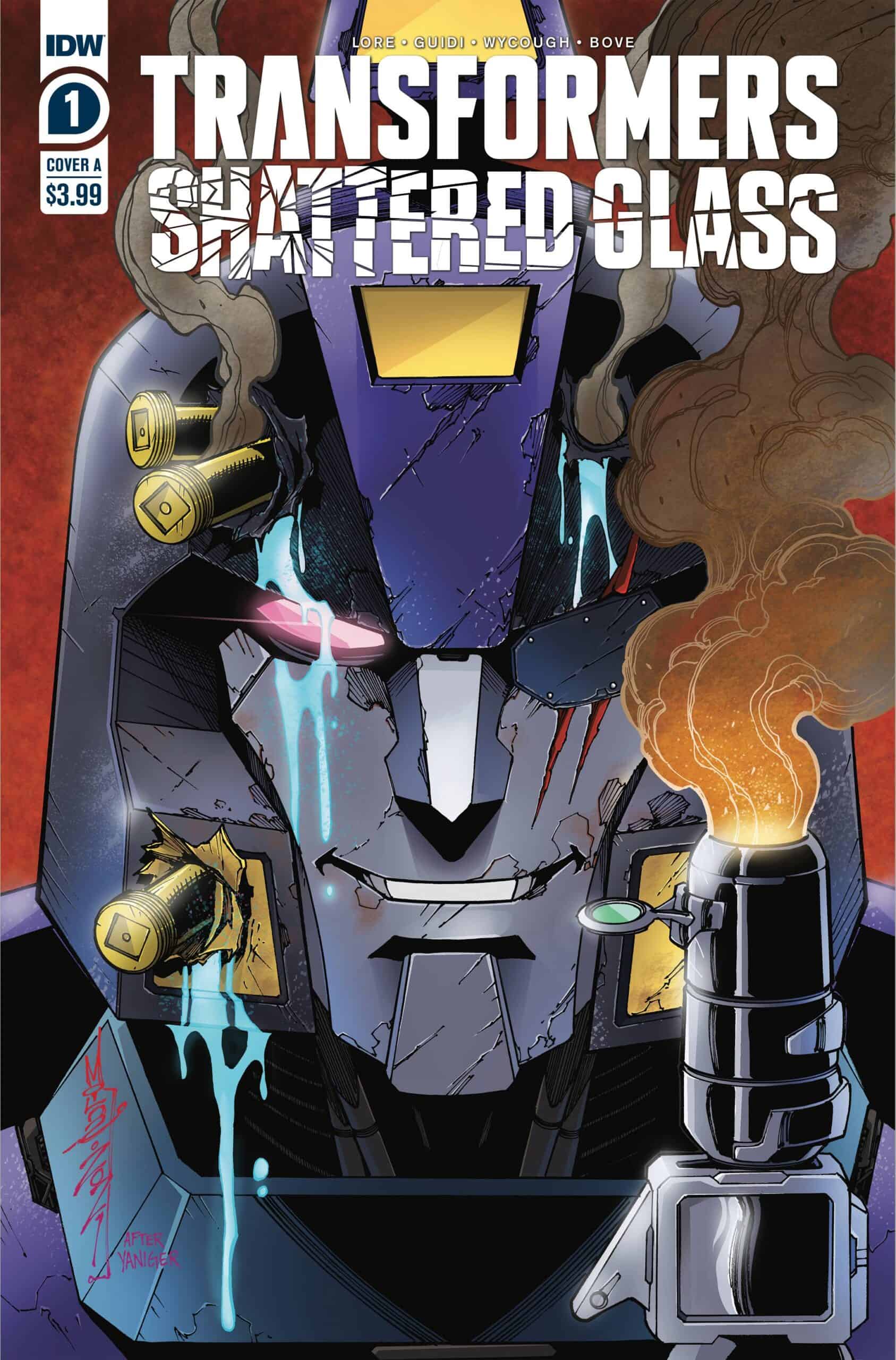 Issue 1 of Transformers: Shattered Glass is a tour de force of comic book creation. With a very clear voice and explosive art, "Shards" is sure to be one hell of a 5-parter. If you see this book on the shelf, you better be leaving with it.

Transformers: Shattered Glass #1: Not My Autobots?