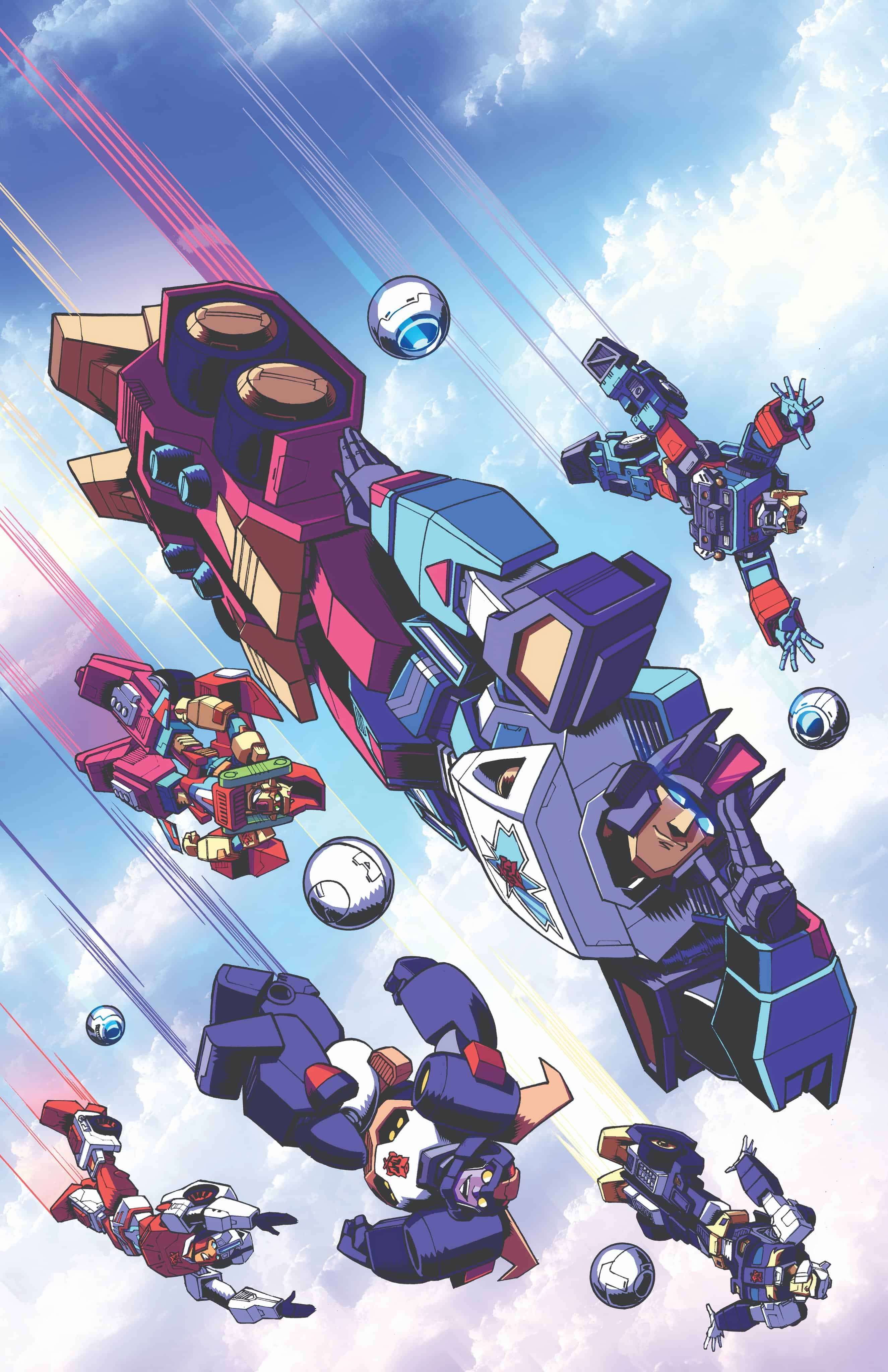 Out in the Cybertronian colonies, good entertainment is hard to find. Fortunately, there’s always the Wreckers—brave Cybertronians broadcasting death-defying stunts and action—all as a cover for undercover operations! When the only event bigger than a new Wreckers broadcast, the Speedia 500, a race for governmental control of a whole world, is threatened, the Wreckers have a new mission: Save the most viewed race in the galaxy… without getting caught. Wreck & Rule! 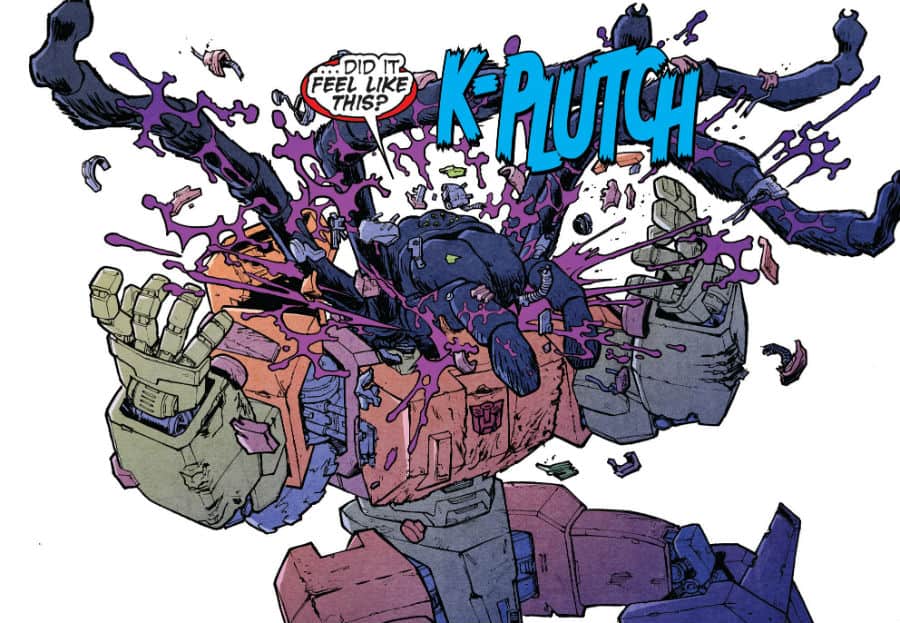 Ask any modern Transformers fan what they think of The Wreckers and you’ll get a lot of different answers. But one constant I’m sure you’ll find is discussion of brutal and pointless death. That’s what The Wreckers were in years past when it came to IDW comics. Badass bots snuffed out in nonsensical and seemingly pointless ways. Brutality was the name of the game.

The Wreckers in previous continuity were a rotating cast of wannabe war heroes and dead-men walking. For anyone uninitiated, The Wreckers are normally the Transformers equivalent of The Suicide Squad. They do the dirty work and rarely expect to live.

Though, as stated before, this Wreckers book seems to be separating itself from the stories of the past in a very major way.

It goes without saying, new universe = new rules. The Wreckers aren’t some elite Autobot Seal Team 6. They’re peacekeepers disguised as a stunt crew. Or maybe the other way around? Arguably both at the same time? 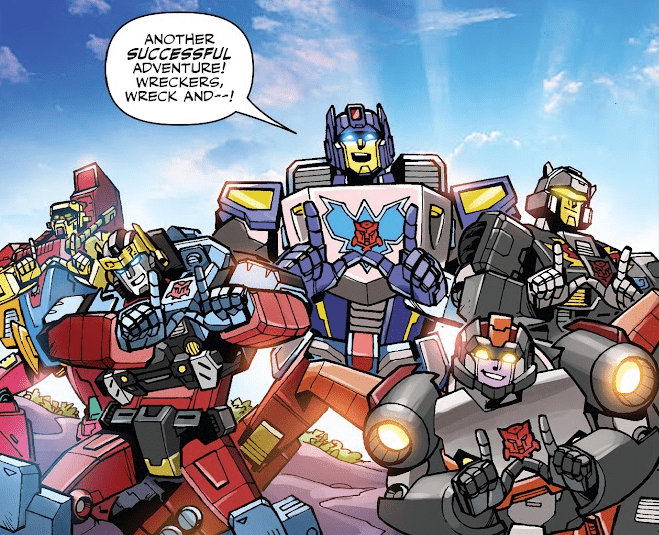 Either way, to switch things up, you gotta switch up the team. And a hell of a switch is what we got. Gone are Springer and Impactor. Roadbuster and the Jumpstarters are no more. Now we have Thunderclash leading the team, with a group mostly composed of C-List characters. The most notable character on the team besides Thunderclash, is Hot Shot. Though that may be the early 2000s childhood in me talking.

I could talk the differences to death, but let’s get down to business. Does Wreckers: Tread & Circuits #1 deliver?

From our opening skydive scene to the back-alley confrontation at the end, Wreckers: Tread & Circuits #1 is a ride you don’t want to get off of.

I briefly touched on the characters earlier, but I want to delve into it a bit more. Cause it’s a big aspect of what I enjoyed about this first issue. Less than 10 pages in, we might our antagonists for the mini-series. A group called Mayhem, led by Octopunch. They’re a clear antithesis to The Wreckers this issue. They work in the shadows, trying to instill fear. While The Wreckers make themselves known and try to keep things calm.

In IDW 1.0, it was nigh impossible to tell The Wreckers from their enemies at times. Brutality matched with brutality. This clear cut difference in ways of doing things certainly sets us up for a different kind of Wreckers story.

Aside from our enjoyable characters, the basis for the story is a fun one. Mayhem threatens the Speedia 500, the race that chooses the leader of Velocitron. So The Wreckers are going to race in it themselves, under the guise of wanting to show they’re not afraid. When they’re actually trying to catch Mayhem at the same time. A familiar storyline to my 2000s childhood brain; but not a bad thing.

Overall, I’d say I’m excited to see where this mini-series goes. With a clearly passionate writer, talented artist, eye-popping colorist and magnificent lettereres, it’s clear that Wreckers: Tread & Circuits is gonna be a fun one filled with tons of interesting characters and inticing storylines.

Transformers is an ever-changing beast. Characters differ from continuity to continuity. Autobots and Decepticons switch sides. So it was only a matter of time before a new crop of Wreckers popped up. I can say with confidence that this group will be an enticing one to follow. Wreckers: Tread & Circuits #1 delivers in alluring story set up and amusing character introductions. 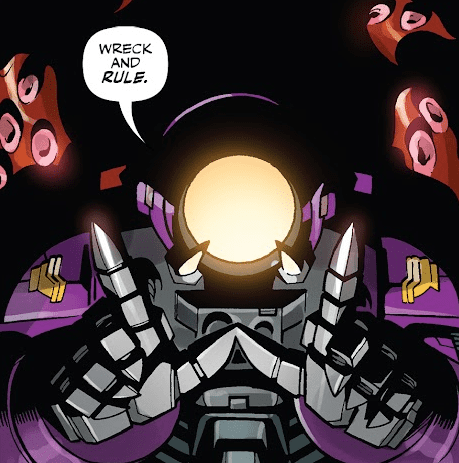