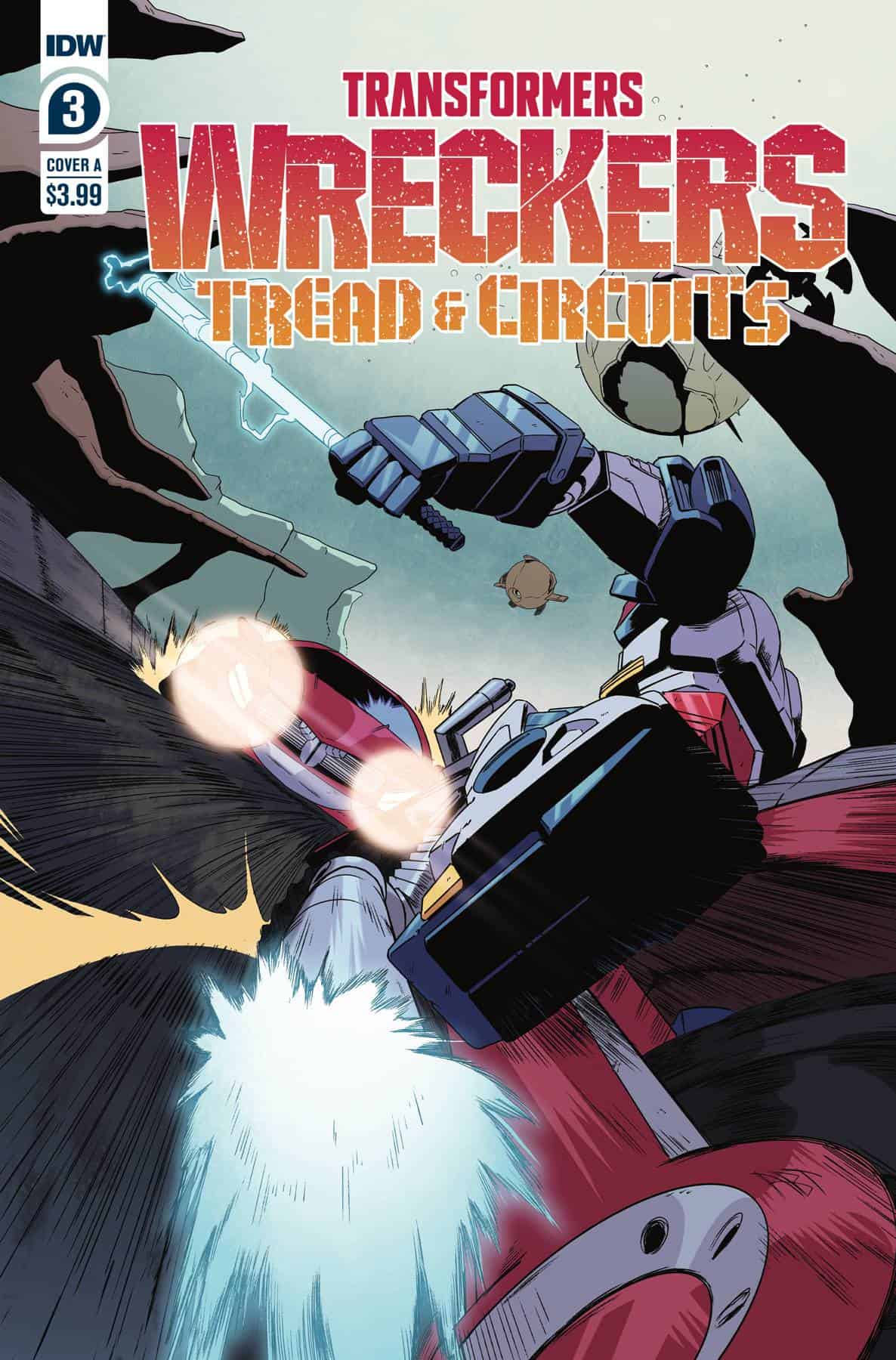 The race is on! The Speedia 500 has begun and the Wreckers are doing their best to keep up with the finest racers from across Velocitron. But with an explosion, it’s mayhem on the track as an assault is launched on the race. Can the Wreckers maintain their cover and take down their foes or will they be both wrecked and ruled?

Transformers: Wreckers – Tread & Circuits issue three picks up where we last left off, with the start of the Speedia 500! Right off the bat, there’s a familiar feeling. Any fan of Transformers who watched Cybertron back when it aired will remember the race for the Cyber Planet Key. This issue has very similar story beats, that while familiar, still feel fresh and welcomed.

Mayhem strikes the Speedia 500 as was expected, though a fight ensues. Jack Lawrence uses this action sequence to show off why he’s one of the best modern Transformers artists around. Dynamic posing, animated expressions— just some great metal cracking metal action.

To go with the ever terrific art, David Mariotte delivers some great banter between characters. While the back and forth is fun and enjoyable, the story itself is feeling rather out of place. There’s mention of the Ascenticons, though they became Decepticons over 10 issues ago. This also feels like a story that could have been told on Cybertron, without a need to leave to a colony planet.

It doesn’t really take away from the story in a major way, as the Speedia 500 is a nice backdrop. It just feels like a story out of time with where the mainline book is currently. The destruction and death would hit harder if it was the main book, or was with any characters we’ve come to know. My hope is that some of these characters make a jump to the main book, or get an ongoing of their own in some way.

Swinging back around to the art, Brittany Peer and Rebecca Nalty’s colors help bring life to the action of this issue. With bright colors and a nostalgic sunset sort of look to the scenery, it helps make everything feel bombastic in nature. Letterers Val Lopez and Jake M. Wood of course cannot be overlooked. There’s a lot of dialogue and a lot of sound effects this issue, all which feel lively and loud.

Transformers: Wreckers - Tread & Circuits continues to provide enjoyable banter and top-notch art, but it can't seem to make a name for itself. Three issues in and, while I'm having fun, I find myself questioning why this wasn't just a main book story. Hopefully the back half of this story can really make it stand out among the other current Transformers books.