Trial of the Amazons #1: Till Now I Got By on My Own, I Never Really Cared Until I Met You

Trial of the Amazons #1 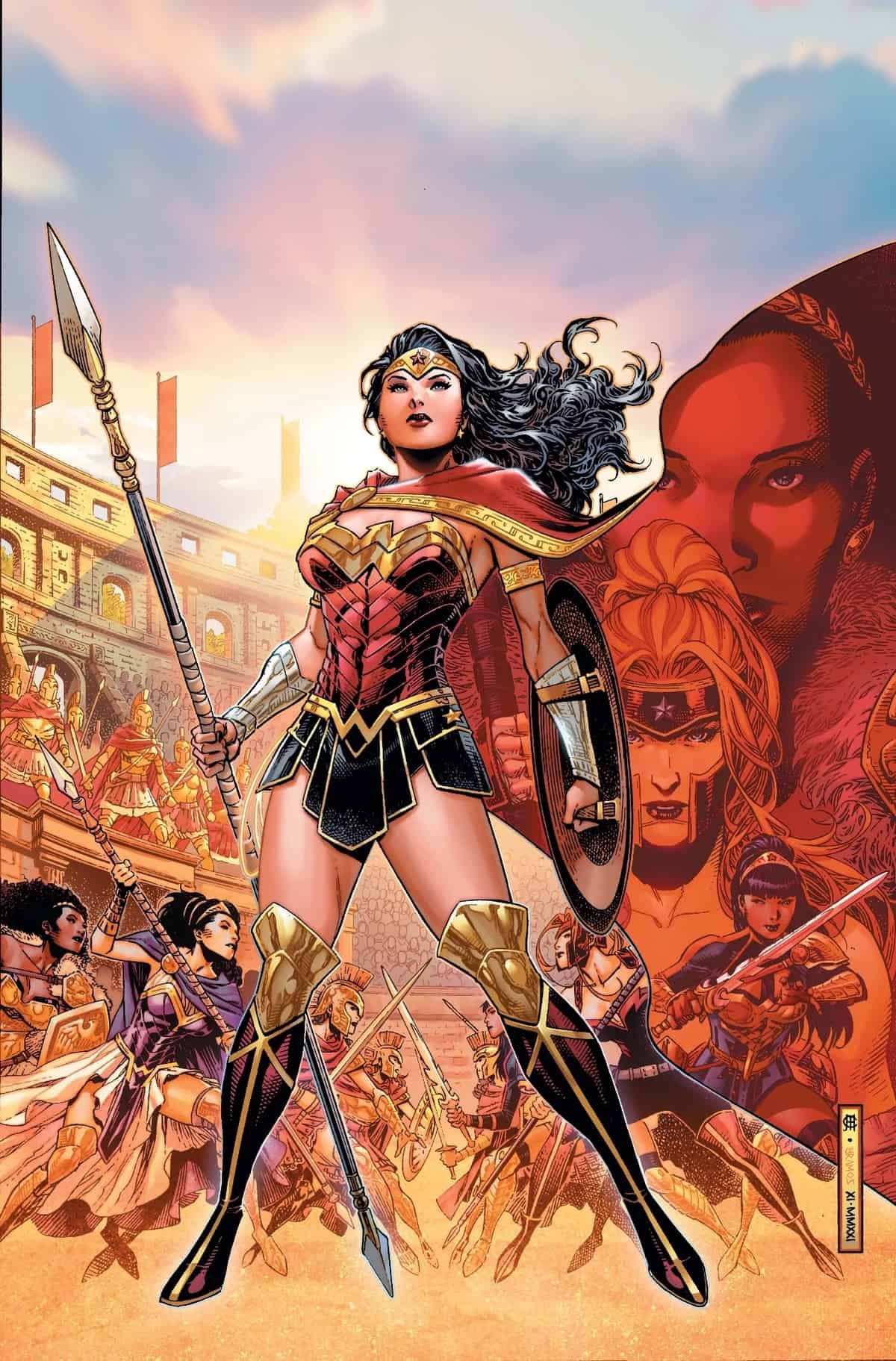 After the events of Nubia & the Amazons, the dangers of Doom's Doorway have found their way to Man's World and garnered the attention of not one, but all three Amazonian tribes. The Bana-Mighdall consider it to be a weakness in the current regime and have decided to return to the shores of Themyscira to stake their claim over the island. Little do they know, the Esquecida are not far behind, but instead looking for help to combat the evil unleashed. Tempers rise and swords are brandished as the women argue about the best course of action.

Now Queen Nubia must show them all the way to peace by calling for one of the most famous Amazon traditions...the Contest. Who among them is worthy of leading them into the future? Find out as the bravest, wisest, and fiercest warriors compete to be champion of all the Amazons!
DC Comics proudly presents the first Wonder Woman crossover of its kind, brought to you by the writers behind Wonder Woman, Nubia & the Amazons, and Wonder Girl and some of the best and brightest artists in the industry. You won't want to miss this monumental story that brings all the Wonder Woman titles and characters together and changes them for good!

The first Wonder Woman centric event in thirty-one years in the making (seriously—the last Wonder Woman event issue was in 1991, and marked the end of George Perez era on the book), and DC has brought the entire Wonder Family, both cast and creative, on board to help give us the biggest story this decade. DC has been carefully cultivating these events since the end of Death Metal across a multitude of titles laying the groundwork for this storyline, and so far it looks like everything you’ve been reading is about to pay off, and lead us into the next chapter for the Amazons. Will this story create the brand new status quo that DC’s promising? Not sure, but the potential we get from the creators here is very promising.

This issue deftly traverses all of the plot threads that have been weaving in and out of the other Wonder titles quite nicely. One of my favorite things about the current era has been the fleshing out, and introduction of new characters to this franchise, and it’s only made for a better developed universe for Diana, and the rest of her Amazonian sisters to thrive in. Up until this last year, Wonder Woman is the only member of the Trinity to be confined to one solo title, along with some team appearances in some Justice League books here and there, but compared to Superman and Batman, Wonder Woman has never really commanded as much respect as her other compatriots have from the company, which is incredibly frustrating for Diana’s creators, and her fans. Luckily with the appointment of Marie Javins, a self-professed Wonder Woman fan, this looks like things might be changing for the Princess.

This issue boasts four of the most absolutely ridiculously talented women artists in comics today, and what they bring here is pure magic from cover to cover. Each having their own distinct flavor, and they look to elevate their craft during this tale. Everyone from Diana to Nubia, to Yara to Hippolyta all shine. Each scene captures its own unique atmosphere, while maintaining a sense of continuity from artist to artist, which adds so much depth to the storyline here. Nothing is left to chance, and you can grab little Easter eggs that this team has scattered throughout this issue, all with links to the other books, as well as returning past bits of continuity that was lost over the years.

The team assembled have come out with all guns a blazing, and while not heavy with the action is setting up for one heck of a story. Much like DC’s other multi-title event going on (War for Earth 3–get it if you’re not already getting it!), Trial looks to craft a tale that should rock the boat for the Wonder crew for the foreseeable future, which depending on the finale, could provide us with fallout that could create stories for generations to come.

Trial of the Amazons #1: Till Now I Got By on My Own, I Never Really Cared Until I Met You