Trial of the Amazons: Wonder Girl #1: Beholden to None

Trial of the Amazons: Wonder Girl #1 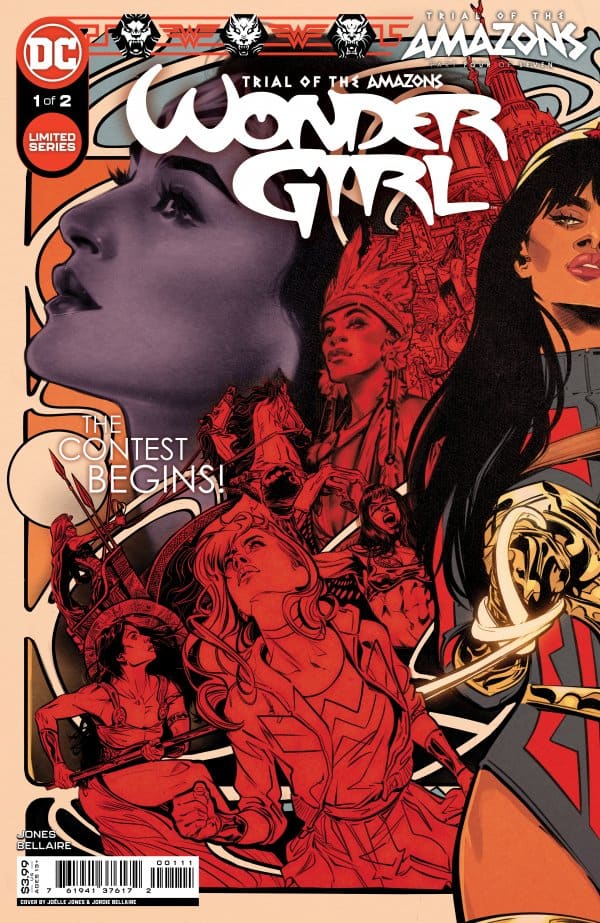 “Trial of the Amazons” part four! As Diana’s hands become tied from pursuing her investigation, she recruits a former ally to help her cause…Cassie Sandsmark! As Wonder Girl begins to question the Amazons, Yara Flor joins the Contest hoping to reconnect with the memory of her lost mother. Meanwhile, the evils behind Doom’s Doorway grow restless as tensions boil in the world above!

The moniker Wonder Girl has been used frequently over the years to varying success. This entry into the “Trial of the Amazons” storyline spotlights two of them: Yara Flor and Cassandra “Cassie” Sandsmark.

If you’re not familiar with Yara Flor or Joëlle Jones’s stellar Wonder Girl run, this issue will fill you in with the essentials while also capturing Yara’s youthful personality. There’s a particularly amusing flashback between Yara and Hippolyta that I enjoyed. The two had minimal interactions since Yara Flor’s introduction, so this is what we’ll have to take for now. Jones, as always, does such an amazing job with the pencils, backed up to perfection with Jordie Bellaire’s colors. If you haven’t read Wonder Girl, I strongly recommend it. The story’s great, but the visuals are on a completely different level. 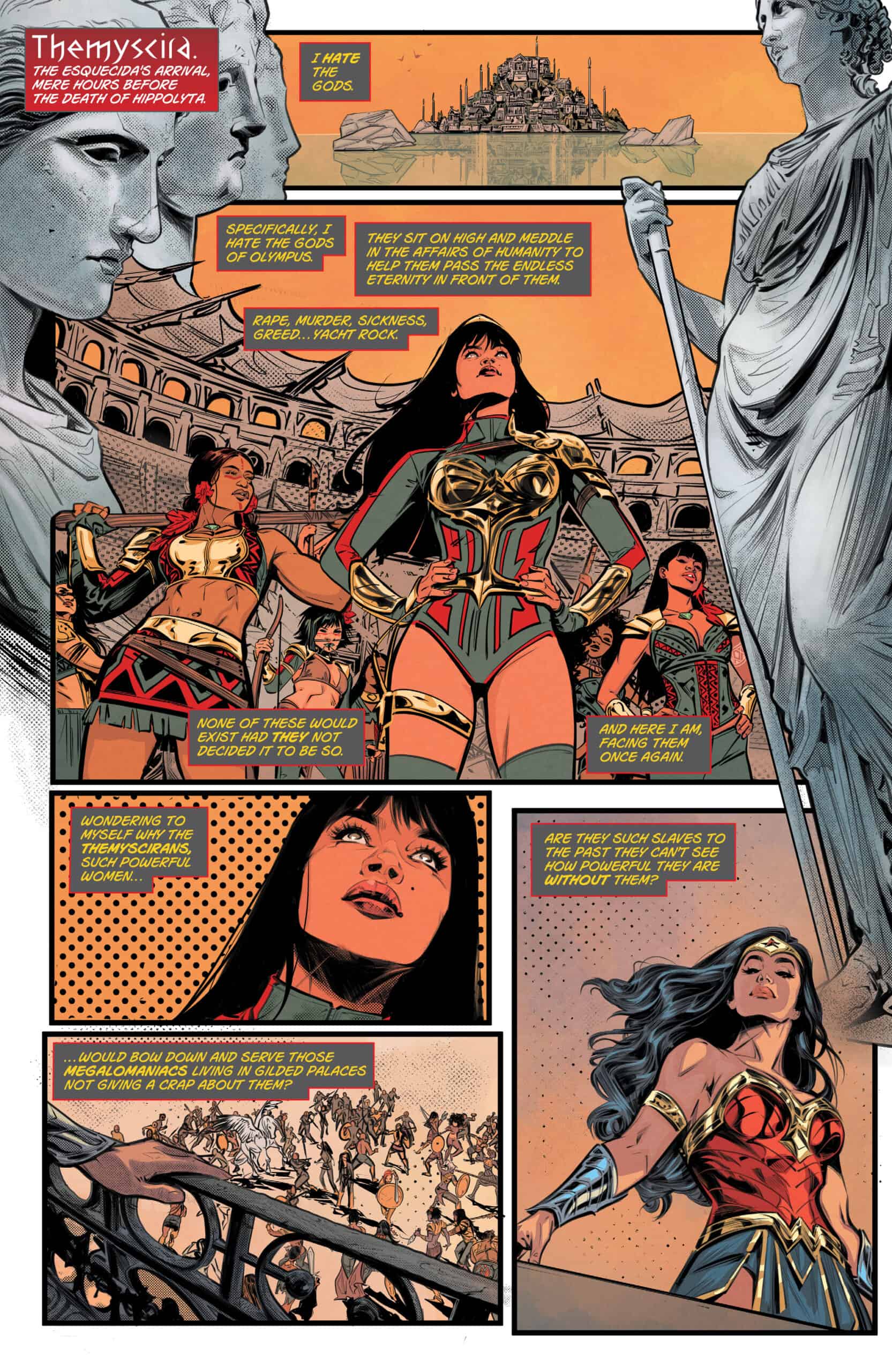 There’s a subplot with Cassie Sandsmark, P.I. on the case of the murdered queen. I actually would’ve loved a full issue of just Cassie interrogating other Amazons and being suspicious of her friends. She even manages to get classic rogues like Cheetah, Doctor Psycho, and Circe on a Zoom call for questioning (I think at least – I had trouble figuring out who the top-hat gal and the smoking gentleman were though I assume it’s Circe and Max Lord). I like Yara Flor a lot, but I do wish we could’ve had more Cassie in the issue or maybe another subplot featuring Donna Troy (with the title encompassing all Wonder Girls).

That might be my biggest criticism of this issue: we’re halfway through the event yet it feels like the majority has been set-up for something that has yet to happen. I’m enjoying the event and it’s a far cry from Wonder Woman’s previous events (“War of the Gods” and “Amazons Attack!”), but I’m concerned that precious page space isn’t being completely optimized. We do get more progression with Doom’s Doorway in one of the final two-page spreads with some grotesque body horror that I love. The final page is truly spectacular, one that left me breathless with its beauty.

While this entry into the "Trial of the Amazons" recaps a lot of Yara Flor's storyline, it's still a beautiful issue that also brings in Cassie Sandsmark who is determined to find Hippolyta's killer. The first half of the issue might border on superfluous with its recaps, but Joëlle Jones and Jordie Bellaire manage to push all those thoughts away with their stunning art and colors.

Trial of the Amazons: Wonder Girl #1: Beholden to None