Trial of the Amazons: Wonder Girl #2: They Say I Must Be One of the Wonders of God’s Own Creation

Trial of the Amazons: Wonder Girl #2 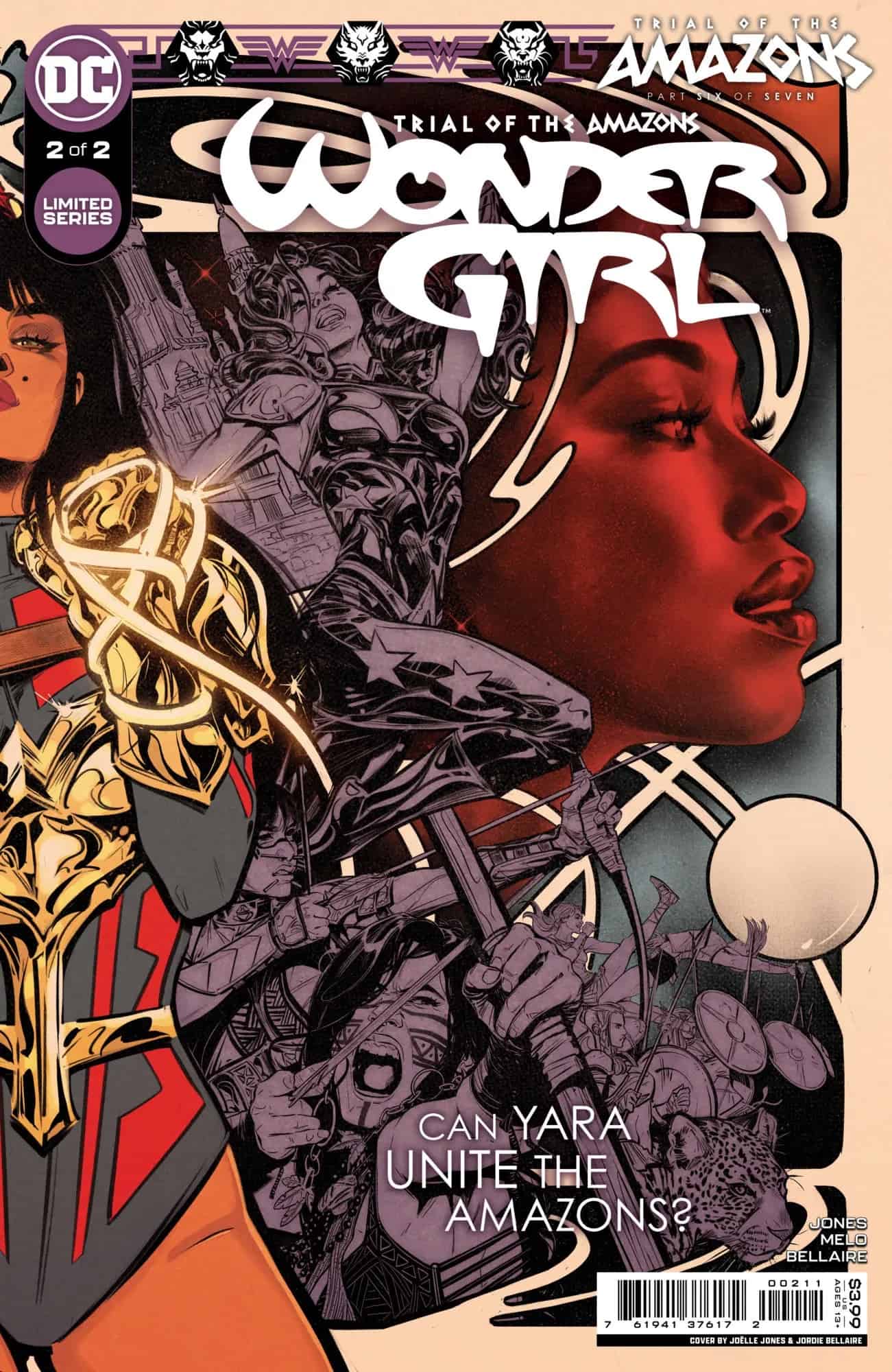 “Trial of the Amazons” part six! Cassie Sandsmark has discovered the culprit and is shocked to learn it is one of their own. Justice must be served, but as tradition dictates, nothing can interrupt the trial once under way. Now it’s up to the Esquecida and their headstrong leader, Yara Flor, to take a stand for what is right. The future of the Amazons depends on it!

In the penultimate chapter of “The Trial of the Amazons,” writer/artist Joëlle Jones, and artist Adriana Melo deliver the final issue of Yara’s tie-in issue, and…not a lot happens. We discover who Hippolyta’s killer is (which was already ruined by DC’s solicitations—thanks to whoever’s in charge of that over there), and the contestants make it to the final leg of this adventure just to find… the cliffhanger.

So I’m going to be completely honest with everyone reading: the Jones-penned Wonder Girl has been some of the weakest chapters of the Wonder line over the past year, and it continues with this most recent chapter of the crossover. I first read Jones’ work as a writer with the Catwoman series that sprung out of Tom King’s botched wedding between Batman and Catwoman during his run, and thought it was rather hot and cold creatively. I felt the same with Jones’ Wonder Girl ongoing, and it’s just continued with these last two issues. This event has been saddled with a lot of exposition, which happens in a lot of stories in current comics, it’s just the burden of the industry. Unfortunately Jones’ efforts ran rather boring here. Yara’s ongoing series could have been amazing had Jones had a co-writer, and the same could be said here.

Now, while the story has been lacking a lot over the last year from Joëlle’s stuff, her art, and that of Melo’s, has been some of the best associated with the Wonder Woman titles I’ve seen in years, and considering some of the top-level talent we’ve seen on Diana’s book, that’s saying something. Jones’ art is breathtaking, and everything looks glamorous, while Melo’s glossy work just adds so many layers to the art being produced. Adriana Melo has been one of those under-the-radar artists who’s been putting out quality work for over a decade, but just hasn’t been given the chance to show the world just what she can do. I hope that all changes after this event is over. It’s time to see her on the main Wonder Woman title, if not on something even more high profile than that.

A rather lackluster ending to Yara’s solo adventures, which is unfortunate because Jones & Melo’s artistry is really breathtaking here. There’s not a lot wrong to find with the book, other than it’s just boring. It didn’t help that DC shot itself in the foot spoiling the murderer.  If Jones gets another shot with Yara, I hope she gets a co-writer to help smooth out some of her kinks.

Trial of the Amazons: Wonder Girl #2: They Say I Must Be One of the Wonders of God's Own Creation